Top Posts
Challenges Remain, But There Are Opportunities to Be Had in...
Interview with Mr. Olukayode Pitan, Chief Executive Officer and Managing...
Commodities Outlook for 2023
The Value of Cash in a Time of Crisis: How...
The US-Africa Leaders Summit: Fostering a Closer Relationship with the...
Three Key Sectors in Which to Invest in 2023
Home Brokerage Are Gold Prices on Course to Break All-Time Highs Once Again?
Brokerage

Are Gold Prices on Course to Break All-Time Highs Once Again? 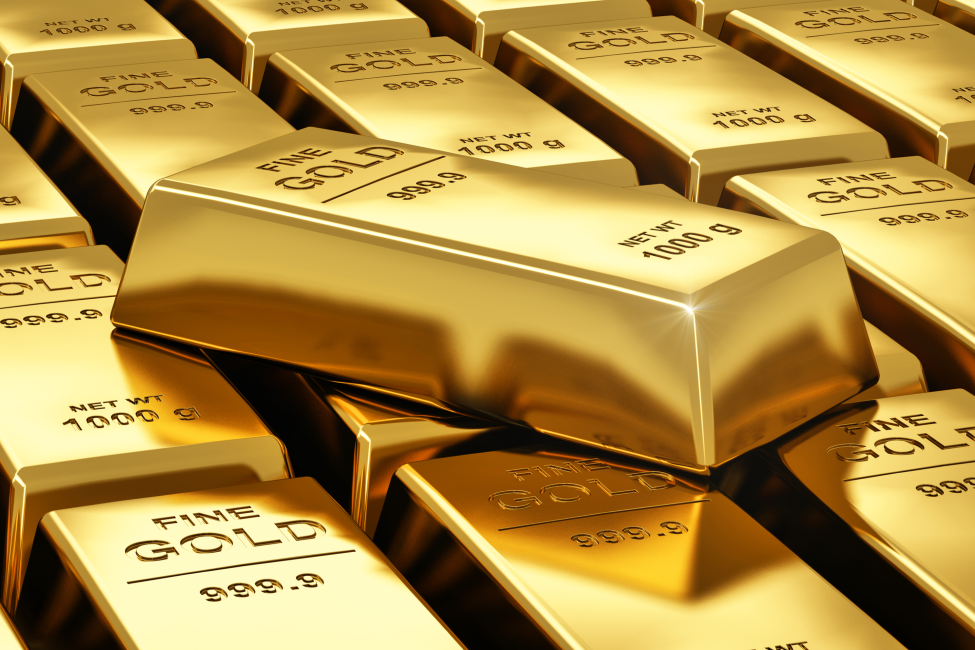 Gold was one of the star performers throughout much of 2020. But with concerns over the impact of the coronavirus abating throughout much of 2021, bullish sentiment for the yellow metal had decisively cooled off by the third quarter. But today, with yet another strain of COVID threatening to send much of the world into a restrictive state once more, will the safety that gold has historically offered during such times of crisis elevate its price again, perhaps even eclipsing last year’s record highs?

Gold remains among the world’s most recognised safe-haven assets during periods of market turmoil, and investor interest in the precious metal tends to soar when there is more uncertainty—and more potential volatility—surrounding traditional financial markets, such as equities and bonds, than is normally the case. This was certainly apparent in 2020 as the coronavirus pandemic panicked global markets, particularly during the first quarter. By early August, the bullion’s price had reached an all-time high of $2,067 per ounce (/oz) and remained distinctly elevated above $1,850/oz throughout much of the remainder of the year.

But as the world steadily recovered from COVID-19 throughout much of 2021, gold retreated from those elevated levels. US President Joe Biden’s administration’s enormous $1.9 trillion pandemic relief package at the beginning of the year, for instance, was a major factor in sending gold prices lower, with the yellow metal falling significantly from around $1,950/oz in early January to below $1,700/oz by the first week of March. And although accelerating inflation and fears surrounding the Delta variant of the coronavirus saw prices surge back over $1,900/oz by June, gold has failed to ascend to such highs since then, spending much of the time below $1,800/oz. According to a June analysis from Canadian bank TD Securities, this lacklustre price action has suggested the “lack of an immediate impetus to buy the yellow metal”.

Gold did climb above $1,850/oz in mid-November, however, with the surge in inflation in recent months prompting gold investors to turn to the bullion to hedge against rising prices. “Looking ahead, we see risks of further strength in [the consumer price index] in early 2022, which could stoke even stronger demand for gold,” UBS noted on November 12, whilst also raising its price outlook from $1,700/oz to $1,800/oz for the end of next year’s first quarter. Similarly, commodity strategists at ANZ (Australia and New Zealand) Banking Group stated on November 16 that higher inflation expectations contributed to more gold bullishness.

But prices have since reversed course, remaining below $1,800/oz from the final week of November onward. This can at least partly be explained by the renomination of Jerome Powell as chair of the Board of Governors of the Federal Reserve System (the Fed), which brings renewed expectations of a normalisation of monetary policy through hiking interest rates and/or cutting asset purchases sooner than initially anticipated. “The gold market had bet on Lael Brainard to be the next Fed chair, as she is considered to be more dovish than Powell in terms of monetary policy or stimulating the economy longer,” Julius Baer’s analyst Carsten Menke told Reuters on November 23. “Therefore, the breach of [the] $1,800 level could put further selling pressure on gold.”

By week-ending November 26, however, money markets were again pushing back the timing of the Fed’s first increase in rates from June 2022 to September 2022, as well as predicting no additional rate hikes to come sooner than 2023 at the earliest. As such, bond yields fell considerably in late November. This increasingly dovish prediction, moreover, suggests that investors will continue to stay in gold for the meantime. Indeed, Ross Norman, an independent analyst, recently told Reuters that it’s “too early to write off gold”. He further explained, “Inflation still has legs to run, and there are COVID-19 restrictions in Europe once again. But the onus is on the bulls to prove their case and garner support, failing which the metal could drift lower again.”

Indeed, it is no secret that as far as the immediate direction for the gold market is concerned, news of the new COVID-19 variant, which was named Omicron by the World Health Organization (WHO) and has registered cases in a number of countries since late November, is at the top of the agenda. Formally identified in South Africa, Omicron has been rattling markets in recent weeks, raising concerns that the world is far from being done with the coronavirus. Several countries have reintroduced border controls, and the WHO has reiterated the need for greater vaccination rates. “This new variant of the COVID-19 virus is very worrying. It is the most heavily mutated version of the virus we have seen to date,” according to Lawrence Young, a virologist at Britain’s University of Warwick. “Some of the mutations that are similar to changes we’ve seen in other variants of concern are associated with enhanced transmissibility and with partial resistance to immunity induced by vaccination or natural infection.”

As such, the Omicron variant may well lend considerable support to gold over the coming weeks. “Uncertainty about the possible consequences of the new virus variant clearly reminds the markets that this pandemic is not over yet,” according to Alexander Zumpfe, a precious-metals dealer at Heraeus, who said he expects the gold price to remain supported in this environment. Amit Sajeja, vice president of commodity research at Indian financial-services firm Motilal Oswal, meanwhile, stated that he believes the gold price could find support on dips due to this new uncertainty and that a short-covering move towards $1,830/oz could transpire in the next three to four weeks. “There is a concern about the mutations in the Omicron virus, and it needs further research to understand how much of an impact it can have,” Sajeja said on December 5. “However, due to [the] recent hawkish stance adopted by the US Fed, immediate upside too could be limited.”

Indeed, not many are betting against the Fed bringing inflation under control in 2022, whether through higher interest rates, further trimming of its quantitative-easing programme or, most likely, a combination of both, which, in turn, would mean that support for gold prices would diminish. “A moderation in inflation expectations, alongside higher nominal rates, should see US real rates push higher, eventually, and weigh on gold,” according to UBS, with the Swiss bank forecasting a decline in gold prices to $1,650/oz by the end of next year. CPM Group’s managing director, Jeffrey Christian, also stated that he expects inflation to be a less concerning factor next year, with the overall health of the global economy a much likelier determinant of gold prices. “While it’s growing in importance, it’s still far less important in my mind, and in the minds of the investors I talk to, than economic instability,” Christian recently told S&P Global Market Intelligence.

In the meantime, all eyes are firmly fixed on determining just how much damage Omicron will ultimately inflict on the world. Should it have a similarly restrictive impact as that of previous variants such as Delta, it is reasonable to assume that investors will flock once more towards the safety of gold. But in the long run, as vaccination against COVID-19 continues around the world, as the global economy normalises—albeit at varying paces in different regions, and as interest rates embark on an upward trajectory at some point in the future, the price elevation that gold has enjoyed for almost two years may well come to an end next year.

Climate Action and the Power of the Private Sector

I think it is odd that you’d write an article about gold in 2022 and not even mention Basel III, a banking regulation, that comes into effect in the UK on Jan. 1. I don’t know what impact it will have on gold but some say a lot. Banks won’t be able to count “unallocated gold” as reserves. Being a banker website, you should have an opinion about it. See, e.g., Tom Luongo’s recent article about Davos, gold, and Basel III.
It is quite interesting.

Bankers have a long history of getting gold wrong. Inflation is not so easy to control. That leaves real interest rates deeply negative and that’s great for gold prices. It’s the rest of the global economy you have to worry about. Think Evergrande, every banker’s worst dream…