Top Posts
Are Your Bank’s Digital Marketing Metrics Meaningful?
Identifying Beneficial Ownership: A Regulatory Conundrum
Forging a Digital Framework to Harmonize the Global OTC Derivatives...
The Paradox of AI and Investing
Malaysia’s Fight Against Climate Change: Perspectives from a Central Banker
Crypto-assets and the Relevance of International Private Law
Home Brokerage Are We Witnessing the Death of Coal?
Brokerage

Are We Witnessing the Death of Coal? 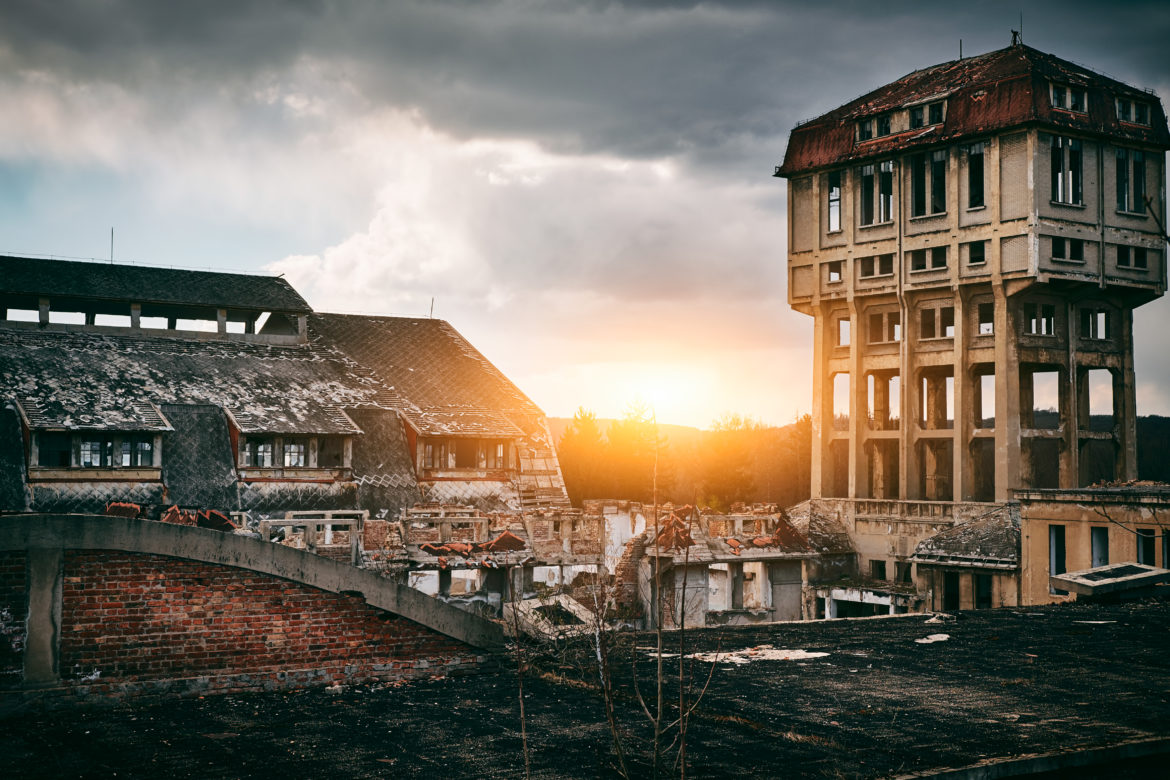 Recent figures have not been kind to the coal industry, which in many countries has been in consistent decline over the last few years. Cheaply priced competitor energy sources such as natural gas as well as subsidised solar and wind energy boosted by growing global concern over coal’s significant impact on climate change have led to coal falling out of favour as a natural resource across much of the industrialised world. And with the onset of the coronavirus only expediting coal’s decline, many are left wondering whether it has now entered its final days as a viable source of energy.

The United States is among those countries experiencing such a decline. With warm weather pushing natural-gas prices lower, oil prices hitting historic lows and the concerted shift towards wind and solar power gaining steam, coal has become gradually more excluded from the mix of fuels that generate energy in the country. Indeed, the US recently saw the demand for electricity from coal-fired power plants drop to new lows. According to a recent analysis by consultancy Rhodium Group, coal’s contribution to total US power generation has fallen to just 15 percent—the lowest level in modern history. And for the first time, Rhodium noted, wind and solar together generated more electricity than coal on certain days in April.

Analysis of federal figures shows that in the year through March 2019, US coal generation fell by 36 percent. And according to the Institute for Energy Economics and Financial Analysis (IEEFA), the three main utility-scale renewable sources—solar, wind and hydropower—produced more power than coal during the first quarter, the first time this has ever been achieved on a quarterly basis. As such, IEEFA now expects that renewables “will generate more electricity than coal for the entire first six months of 2020—a clear indication that the transition has accelerated”, while the US Energy Information Administration (EIA) stated in its April Short-Term Energy Outlook that coal generation will decline by a hefty 20 percent in 2020. Specifically, the EIA forecasts this year’s overall US coal production to shrink by as much as 170 million tons—equivalent to 22 percent of total production—to hit 537 million tons, due to the coronavirus’s deadening influence and because a milder-than-normal winter in the US required less total electricity to heat homes, schools and offices. Some estimates even go as high as 25 percent.

Before the pandemic even entered the US, coal companies were declaring bankruptcy. Six of the country’s seven biggest coal producers have filed Chapter 11 since 2015, while workers have repeatedly faced furloughs and redundancy. A recent Wall Street Journal article noted that while the coal industry’s decline was not as pronounced in 2017 and 2018, coal producers “spent billions of dollars in dividends and stock buybacks to benefit their investors” rather than saving or reinvesting their profits.

The country’s largest coal producer, Murray Energy, which has already filed for bankruptcy and describes the coal industry as “historically bad”, is now on the verge of liquidation as it struggles to keep making healthcare payments to its retirees. “It’s a really bad signal that this is a company that is in distress, in an industry that’s in distress,” notes IEEFA analyst Clark Williams-Derry, “so distressed that you can’t even get debtor-in-possession financing to keep your company going just to make it to the end of the bankruptcy process.”

With hopes of a recovery fading for the industry after some respite in 2017 and 2018, US coal-fired power plants shut down last year at the second-fastest pace on record, according to data from Reuters and the federal government. Reuters noted in January that power companies retired or converted roughly 15,100 megawatts (MW) of coal-fired electricity generation, which is “enough to power about 15 million homes”.

Despite promises from President Donald Trump’s administration to rescue the US coal industry, mainly through the reversal of environmental regulations implemented by the previous administration and by taking a distinctly more conservative position towards climate-change action, 39,000 MW of coal-fired power-plant capacity has closed down. According to Reuters, if this trend continues, more coal plants will have shut their doors during Trump’s first term (2017-20)—around 46,600 MW—than during President Barack Obama’s second term (2013-16)—approximately 43,100 MW. This trend is expected to continue as the economy worsens. “It will simply be that renewables and gas will keep their market, and coal, being the more expensive fuel, is going to get pushed out even more than it would (have),” observed the IEEFA’s Seth Feaster.

The same trends are broadly observed across much of the rest of the world, moreover. The Paris-based International Energy Agency (IEA) puts coal demand at 8 percent less during this year’s first quarter compared to first-quarter 2019, with such a significant drop attributed to lower demand in the electricity sector, in which two-thirds of coal is consumed. With governments globally imposing social-distancing and stay-at-home directives to combat the spread of the coronavirus, coal demand from power plants has been waning. In China, where more than half of the world’s coal is consumed, the IEA notes that the COVID‑19 outbreak “triggered a marked decline in coal demand because coal supplies 60 percent of primary energy and an even higher share of electricity”.

Australia, the world’s second-biggest thermal-coal exporter, meanwhile, has experienced a particularly challenging environment of late, especially when it has come to obtaining funding for coal projects. With financial institutions under increasing pressure to divest from fossil-fuel activity all around the world, Australian banks have drastically reduced their exposures to the domestic coal industry. Most recently, Westpac, one of the country’s biggest lenders, announced that it will exit the industry by 2030, following in the footsteps of fellow banking majors Commonwealth Bank of Australia (CBA) and National Australia Bank (NAB), which will cease all thermal-coal financing activity by 2030 and 2035, respectively. Westpac has already reduced its coal exposure to AUD$700 million while aiming to lend AUD$3.5 billion to new climate-change solutions over the coming three years. Among the country’s banking conglomerates, only ANZ (Australia and New Zealand) Banking Group remains willing to maintain investments in the coal industry. And although it has not set a formal date to exit the sector, it has signalled that it will reduce its involvement in the sector.

“We expect global coal demand to fall by about 8 percent in 2020, the largest drop since World War II, with coal use declining in virtually every sector of every region in the world,” the IEA stated in its Global Energy Review, published in April. The Agency noted that coal-fired power generation in China will be hit especially hard “because the power system is crowded by low variable cost hydro, wind, solar and nuclear power”. A similar trend is also expected to persist in India, where economic growth and power production have been slowing down.

But much of the world still relies on coal as a major source of fuel. Indeed, analytics firm GlobalData expects global coal production to increase modestly this year to 8.17 billion tonnes from 8.13 billion tonnes in 2019, which would mark the fourth consecutive year of production increases. Thermal-coal production is estimated to grow by 0.5 percent to 7.05 billion tonnes, and metallurgical-coal production will remain flat at 1.1 billion tonnes. Although the coronavirus pandemic has disrupted production significantly, especially in China, which has seen output fall by 6 percent during the first couple of months of the year, it is expected to recover through the rest of 2020. Indeed, more than 80 percent of China’s coal-mining capacity was reportedly operational by the first week of March.

And the next four years will see thermal-coal production expand at a compound annual rate of 1.9 percent to reach 7.6 billion tonnes by 2023, mainly thanks to higher demand from China and India, the largest and third-largest electricity users in the world. “Across the globe, compared with other commodities, coal production is only expected to be marginally affected by the impact of the coronavirus as thermal coal mines are permitted to operate during lockdowns as they are deemed essential to maintain power supplies,” noted Vinneth Bajaj, senior mining analyst at GlobalData.

But Vinneth Bajaj did acknowledge coal’s shrinking contribution to global power generation. “At present, 67 percent and 75 percent of the electricity in China and India is generated from coal. However, both counties have environmental commitments to reduce carbon emissions and have targeted to reduce these shares to 58.5 percent and 50 percent by 2030, respectively.” And with coal’s usage so heavily concentrated towards the power sector, its outlook rests on the level of electricity demand. But with low-carbon generation substitutes such as hydro, wind, solar and nuclear power now proving to be increasingly more cost-effective substitutes, it seems unlikely that coal will make a meaningful or sustained rebound in the coming years.

The most immediate question, however, is whether the coronavirus represents a temporary problem for coal, one from which it can even modestly recover as the economy rebounds, or if it is another nail in the coffin of this long-declining industry. The current downturn could slow coal’s projected turnaround, according to IHS Markit analyst Jim Thompson. That said, many are expecting natural-gas prices to increase in 2021 on the back of slowing oil drilling, which should cut the amount of gas produced from oil wells. If this materialises, demand for coal may well turn a corner once more. While the writing may well be increasingly on the wall for coal in the US, the commodity remains crucial for power generation across other major economies in the world. And that situation won’t be changing for the foreseeable future.

Emerging Markets Are Pressed for Liquidity, but Central Banks Don’t Issue the Currency They Need the Most