Top Posts
Is There a Digital Currency on the Horizon for the...
Eurozone Inflation Soars to a Record 8.6 Percent in June
Why Fintech Has a Role to Play in the Cost-of-Living...
Global Military Spending Hits a Record High
Could Big Tech’s Iron Grip on Digital Advertising Soon Come...
Can Recent Oil Discoveries Prove to be a Boon for...
Home Brokerage AT&T posts solid third quarter earnings as revenue is boosted by new subscribers
Brokerage 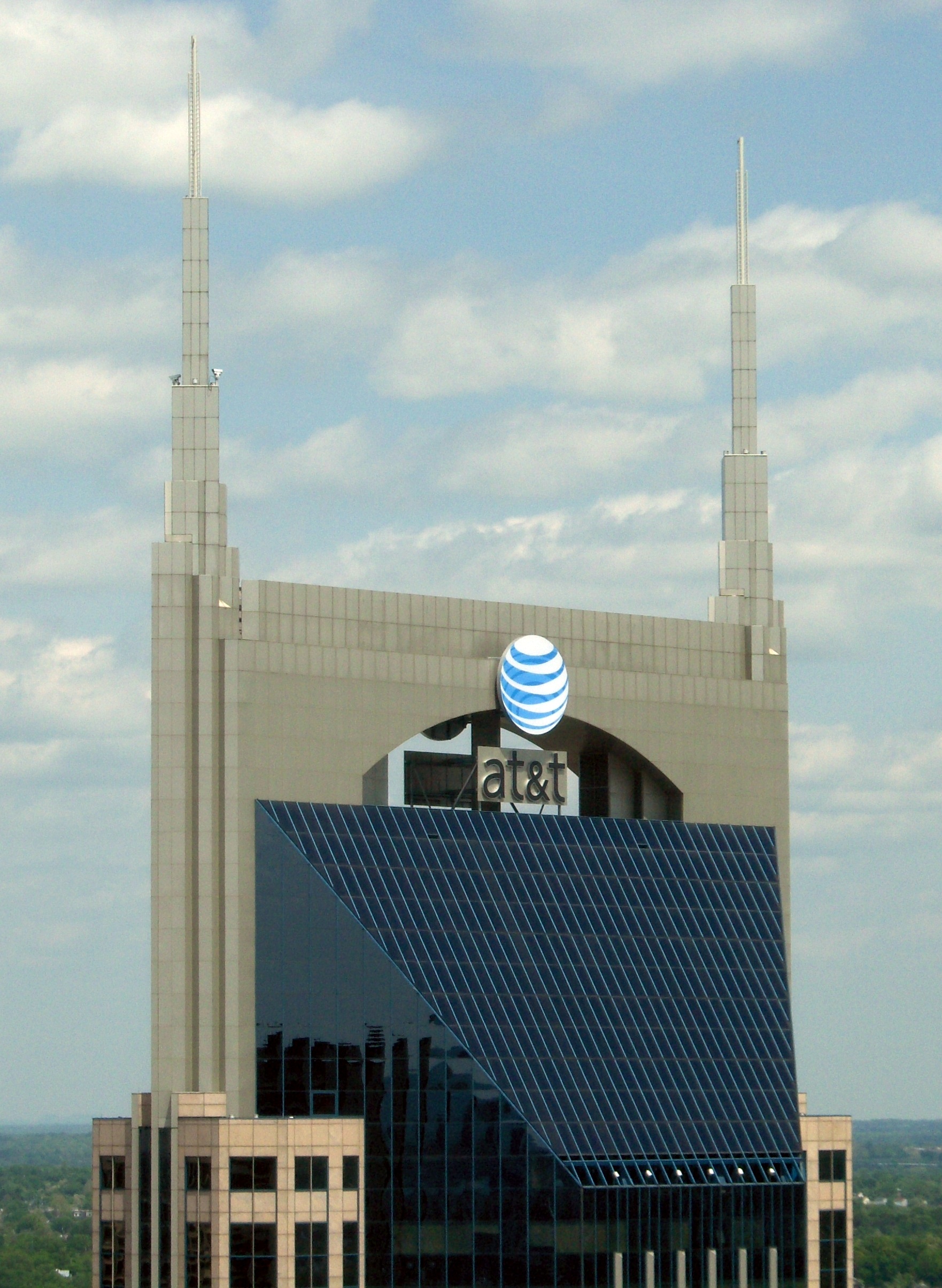 AT&T Inc. (NYSE: T), the holding company behind one of the largest providers of telecommunications services in the United States and worldwide have released their solid third quarter 2013 earnings. The company’s Q3’13 earnings came in strong amid high growth in both revenues and margins, driven by a steady increase in key growth segments, cellular services, data communications, strategic business and corporate services and the U-verse bundle offerings.

company is primarily known for its wireless subsidiary that provide cellular services across the United States. However, through a number of international roaming contracts, it also offers its subscribers substantial global coverage.

The wireless and wire-line businesses of AT&T added more than 2 million new subscribers during the third quarter of 2013 and that boosted their consolidated revenues by 2.2 percent, up at $32.2 billion this quarter against $31.5 billion in the third quarter of 2012. As the provider of America’s fastest and most unswerving 4G Long-Term Evolution network, AT&T gained almost 1 million new subscribers in this segment alone. These new subscribers contributed heavily in the revenue gain as wireless data revenue went up 17.6 percent in Q3’13 compared to the same period last year. On the other hand, wireless revenue (cellular phone calls) went up nearly 5.1 percent as AT&T added a total 1 million new cellular subscribers including 363,000 new postpaid cellular subscribers.

In the wire-line segment, AT&T’s new service that delivers digital TV, high speed Internet and voice services in a bundle package, U-verse’s revenue gains went up a substantial 28.1 percent as the total subscriber base reached 10 million during the third quarter of 2013.

Guided by better margins from revenues a wireless segment EBITDIA service margin of 42 percent, AT&T posted a double digit growth in earnings per share. Diluted EPS came out at $0.72, up 14.3 percent, revenue gains went up a substantial 28.1 percent as the total subscriber base reached 10 million during the third quarter of 2013. 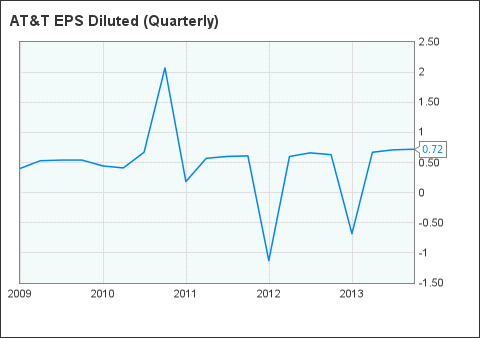 Guided by better margins from revenues a wireless segment EBITDIA service margin of 42 percent, AT&T posted a double digit growth in earnings per share. Diluted EPS came out at $0.72, up 14.3 percent, compared to diluted EPS of $0.63 in the third quarter of 2012. Excluding significant items, AT&T’s Q3’13 EPS of $0.66 has beaten the industry consensus of $0.65, by a cent. 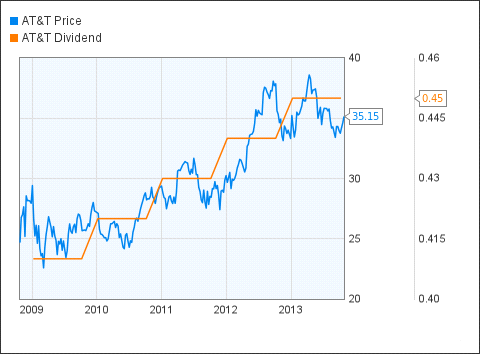 The third quarter results have helped AT&T stock price to climb 1.6% since the data release as price spiked from $34.63 per share at the end of October 23 and reached $35.18 per share today. AT&T generated over $26.9 billion cash from its operating activities in Q3’13 with a total $3.2 billion in free cash flow. It paid 45 cents dividend per common share, a total $2.4 billion, continuously yielding 5.10% gain for common stock holders since the summer of 2009 when US economy started to rebound.

The corporate performance of AT&T shows great growth potential in the coming year, 2014, the fact remains that people use their cell phones more and buy bigger data bundles when overall consumer confidence is up. The entire growth of the telecom sector will heavily depend on the direction of US economy once the stimulus packages run out. However, comparing AT&T to it’s major industry competitors, its forward P/E ratio of 13.21 makes it a lucrative buy as Verizon Communications Inc. (NYSE:VZ) and T-Mobile US, Inc. (NYSE:TMUS) are trading with forward P/E ratios of 14.44 and 32.34 respectively.

AT&T in talks to possibly acquire Vodafone; A Trans-Atlantic union of giants

[…] recent quarter, which you can read about here, saw a steady performance by AT&T with an addition of about 363,000 wireless postpaid […]