Top Posts
How Gamification is Catapulting Digital Banking to the Next Level
Challenges Remain, But There Are Opportunities to Be Had in...
Interview with Mr. Olukayode Pitan, Chief Executive Officer and Managing...
Commodities Outlook for 2023
The Value of Cash in a Time of Crisis: How...
The US-Africa Leaders Summit: Fostering a Closer Relationship with the...
Home Brokerage Can AMD rebound within a shrinking global personal computer market?
Brokerage

Can AMD rebound within a shrinking global personal computer market? 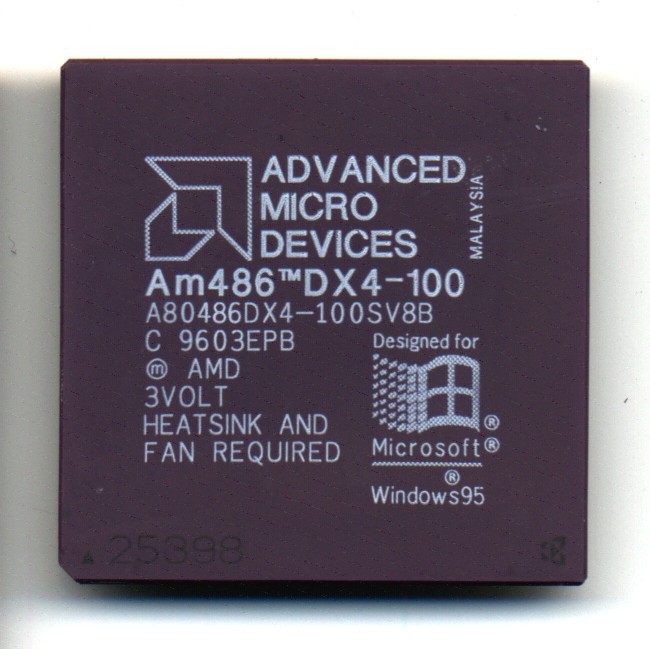 The worldwide sale of desktops and notebooks has taken a hit since Apple announced their iPad. Ever since the introduction of this touch screen phenonmenon has made its way into our palms, we have pretty much evicted desktops from our homes and laptops from our laps and coffee tables. Google joined jumped on the bandwagon, of bar shaped mobile computing devices, as Android powered tablets such as Nexus 7 reached millions of sales over the course of last few years.

While it is all good news for a new generation of computer processor producers like ARM, whose Cortex line of processors are dominating tablet computing market, x86 based processor manufacturers like Intel and AMD have seen their sales plummet. Before tablets, the PC market was simple. You get a computer running Windows powered by Intel processor if not then it would be powered by AMD, the second largest processor brand known to consumers.

Since the introduction of iPad and tablets, Intel has diversified its business and recently introduced a whole new business unit to go after the “Internet of Things” segment. AMD, on the other hand, has never tried to modify its business model and suffered the most during this changing tide in the personal computing market. 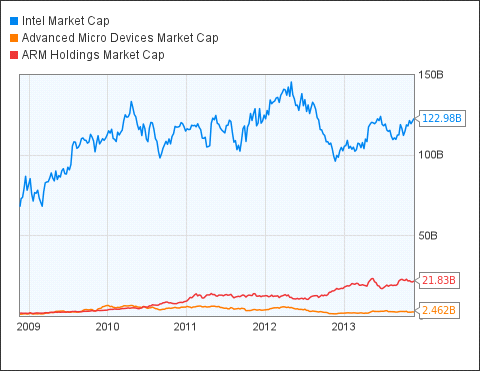 On October 21 2013 Gartner, an American information technology research and advisory firm, published its latest survey results on the fate of personal computing market prospects. According to the report, worldwide PC, Tablets and Mobile phone sales had increased by 4.5 percent in 2013. However, Windows based traditional PC (both desktop and laptop) sales had declined by 11.2 percent as forecast for PC shipments during 2013 came out at 303 Million units compared to 341 Million units in 2012. The sales forecast for Tablets is exactly the opposite; Tablet shipment is expected to increase by 53.4 percent during the course of 2013, as a total 184 Million units of Tablets are going to be sold worldwide compared to only 120 Million units in 2012.

According to Ranjit Atwal, research director at Gartner, the worldwide consumer trend is shifting from owning dedicated devices for each function and users want to buy devices that they can use for both work and play.

AMD have made an attempt to find a way into the growing tablet market with its Temash line of processors. Based on an ultra low-power core, Temash is based on Jaguar micro architecture from AMD that replaced Bobcat core. AMD tried to market Temash processors as Accelerated Processing units (APUs) and branded as A4 and A6 series. However, only a few low profile tablets from Acer, Asus and Gigabyte have picked up on it so far and sales prospects are not looking good since its launch in May 2013. 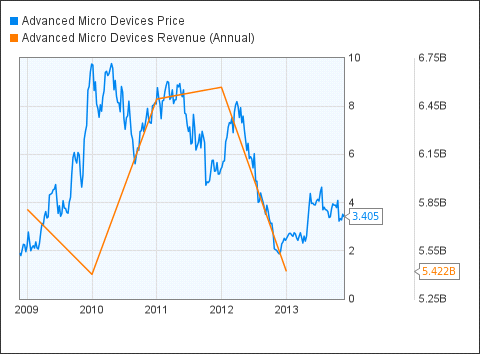 On April 16 2010 AMD (NYSE:AMD) stock price was trading at $9.81 per share and currently its trading at $3.41 per share (as of November 21, 2013), representing a 65.24 percent decline over the course of last three and half years. The correlation between its revenue and price decline during 2013, so far, have been perfectly synchronised as investors dumped its stock with revenues shrinking from above US$ 6.5 Billion to less than US$ 5.5 Billion.

After losing US$ 1 Billion in 2012 AMD got itself a new CEO, Rory Read, and a new strategy to handle the paradigm shift in the personal computing market. Last Quarter AMD managed to turn a profit, but only $48 million. The company has more than US$ 4 Billion of liabilities compared to only US$ 3 Billion of current asset as of Q3’13 and management needs to raise funds quickly in order to execute the new marketing strategy led by its new CEO. For now, investors can only hope that forecast regarding expected EPS growth of AMD Zacks Investment Research come true at 10.17 percent or AMD stock price is looking at a target range of below $2 per share.

Helping financial services organisations stay ahead in a challenging landscape

Building the future of financial services through collaboration and innovation