Top Posts
Challenges Remain, But There Are Opportunities to Be Had in...
Interview with Mr. Olukayode Pitan, Chief Executive Officer and Managing...
Commodities Outlook for 2023
The Value of Cash in a Time of Crisis: How...
The US-Africa Leaders Summit: Fostering a Closer Relationship with the...
Three Key Sectors in Which to Invest in 2023
Home Brokerage Can Anything Stop the Lithium Price Rally?
Brokerage 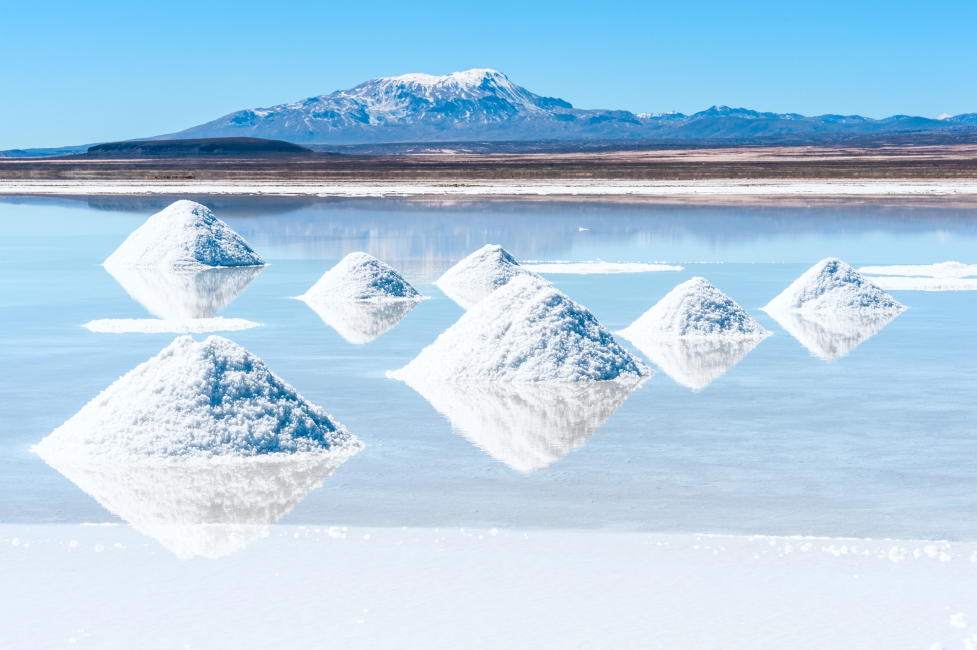 Surging commodity prices have had a profound impact on the global economy over the last year or so, not least due to their substantial contribution to accelerating headline inflation figures all over the world. But interestingly enough, this has not only been down to the traditional drivers of oil, gas and coal. Indeed, few commodities surged in value in 2021 with as much liveliness as lithium. And as more recent market activity has shown, the price rally looks far from over.

By the end of January, lithium carbonate prices had soared by around 500 percent from 12 months prior. They were also up nearly 850 percent over the fourth-quarter 2020 low.

With rechargeable lithium batteries continuing to expand in global importance as the world transitions towards a low-carbon environment, their use in electric vehicles (EVs), solar panels, smartphones and emergency-power supplies has become crucial. And the soaring demand for EVs in 2021, whilst the supply of lithium remained tight for the most part, drove prices for the metal skywards during the 12 months, with vehicle sales in China experiencing a fivefold increase during the year alone. Indeed, lithium demand exceeded supply for the first time last year, creating a global production deficit that many believe could continue to widen.

Prices were also massively buoyed by leading EV firm Tesla’s announcement that it would be switching to lithium iron phosphate (LFP) batteries for all its standard-range cars rather than just for those produced in China, as was previously the case with much of its remaining global supply using lithium nickel manganese cobalt (NMC) and lithium nickel cobalt aluminium oxide (NCA). “LFP batteries are cheaper and safer. With this chemistry, you can charge your vehicle’s battery up to 100 percent and not worry as much about degradation long-term,” Taylor Ogan, chief executive officer of Snow Bull Capital and also a long-time Tesla bull, told CNBC at the time of the decision. “The other thing is these batteries are really easy to recycle. And sourcing raw materials for these is easier to do, ethically. That’s why iron-based batteries are really the battery of China already, and they’re all you need for standard-range cars.”

Part of this unstoppable rally can also be attributed to the lack of production infrastructure for the metal. Indeed, lithium experienced a painful bear market between 2018 and 2020 (as shown in the chart above). Although initial anticipation earlier in the decade for what the metal could achieve meant that investment was substantial, the overinvestment in large-scale production and processing eventually prompted investment dollars to gradually move away from the space. In the process, the metal initially called “white gold” came to be known as “white dust”, and its overproduction and overinvestment in the face of tepid demand for EVs during this period led to a market collapse.

It has only been since the end of 2020 that prices have reversed course, as the EV boom eventually got underway. But the continuing dearth of investment recently is likely to have hindered capacity expansion as demand for lithium batteries has erupted over the last 18 months. “This has translated into surging lithium prices,” S&P Global Platts noted on January 26. “Although the battery industry has been investing significantly in downstream battery capacity to power the surging EV demand, lithium is still getting less funding than required—and such investment could be too late to prevent a structural deficit in the coming years.”

The persistence of that structural deficit suggests that lithium prices could extend their rally even further to the skies in 2022 and beyond. Certainly, the sustained bullish sentiment and underlying fundamentals would suggest higher prices are in the offing, with both supply tightness and higher projected demand this year being supportive. Battery capacity can be built much faster than lithium projects, Joe Lowry, president of consulting firm Global Lithium, recently explained. “The lack of investment in lithium capacity over the past five years will extend the supply shortage,” Lowry told S&P. “Even well-capitalized major lithium companies have struggled to meet their expansion targets.”

And procuring lithium salts on a spot basis is also becoming increasingly difficult, with recent reports suggesting that many producers have already run out of stock. “A lot of downstream consumers would rather get their hands on spodumene [a pegmatite rock from which lithium is extracted] and pay a refiner to produce the salt for them, as they feel that it’s too difficult to get lithium salts in the spot market in view of the high price and limited stock,” an international spodumene trader told S&P Global Platts in mid-January. “We don’t have enough inventory to sell. All our lithium carbonate is used in-house to produce lithium iron phosphate batteries as demand for LFP remains strong,” another producer bemoaned.

Higher lithium costs are also starting to be transmitted into higher EV-battery prices. “The recent lithium price spike indeed has had an impact on our business,” Alex Pisarev, chief executive officer of California-based lithium-ion battery supplier OneCharge, told Robert Rapier in his recent Forbes article. “Our costs are growing faster than the prices, and in parallel the component quality is deteriorating. Consequently, we have to absorb even more service-related costs. Some components become unavailable, and we have to increase investments in engineering instead of outsourcing.” Pisarev also pointed to COVID-related supply-chain constraints that continue to impact the lithium industry. “The key underlying issue of the current supply chain bottleneck are COVID-related multiple imbalances in manufacturing in Asia and other major markets, aggravated by crude state interference in these regions. The market is still struggling to find a new balance.”

Supply could well be further hampered by environmental opposition movements, which, if successful, will stop a number of projects from coming online. On January 21, for instance, it was reported that Serbia had revoked Rio Tinto’s lithium-exploration licences, having caved to protesters who opposed the $2.4-billion project on environmental grounds. “All decisions (linked to the lithium project) and all licences have been annulled,” Serbia’s prime minister, Ana Brnabić, announced. “As far as project Jadar is concerned, this is an end.”

On the demand side, meanwhile, China’s insatiable appetite for EVs will continue pushing lithium prices higher amidst this supply tightness. Global passenger EV sales were forecast to top 6.3 million units by the end of 2021, almost double the total from 2020, according to a December 15th forecast by BloombergNEF (BNEF), which upgraded its estimate by 13 percent on its previous forecast following much higher than expected sales in China in the third quarter. “The third quarter of 2021 saw global passenger EV sales rise by 94% year-on-year, to just under 1.7 million units. This was the fourth consecutive quarter in which more than 1 million passenger EVs were sold. BNEF expects this momentum to persist in 4Q, with sales growing in all countries being tracked,” Bloomberg noted, attributing China and Europe as ongoing market leaders, with automakers in both regions pushing to comply with fuel-economy regulations. “The global outlook for next year is also bright, although the ongoing global chip shortage could dampen automakers’ efforts to fulfill all their orders into 2022.”

According to December figures from the China Association of Automobile Manufacturers (CAAM), moreover, the country’s new energy vehicle (NEV) sales estimate for 2021 is 3.4 million units, which would be a 1.5-fold increase over the same period last year and which it expects will rise to 5 million units in 2022—a whopping 47-percent increase year-over-year. And some even believe that China’s NEV sales will surpass six million units this year, with consumers potentially wanting to purchase a NEV ahead of the expiry of subsidies on EV purchases scheduled for the end of the year.

This explosive demand growth will thus only exacerbate the deficit in the global lithium market, as consumption easily outpaces production and continues to weigh heavily on inventories. Indeed, S&P Global Platts’ recent comparison between expected supply and expected demand until 2030 implies that “supply should not reach the projected 2 million mt [metric tons] demand by the end of the decade”. And it should also be remembered that despite EVs’ impressive recent growth, they still comprise less than 5 percent of global auto sales. With so much capacity for greater levels of adoption against the backdrop of increasing market tightness, it would appear that bullish sentiment for lithium is unlikely to disappear anytime soon.

The State of Digital Transformation in Banking

COVID-19 and the State of Bank Branches