Top Posts
Challenges Remain, But There Are Opportunities to Be Had in...
Interview with Mr. Olukayode Pitan, Chief Executive Officer and Managing...
Commodities Outlook for 2023
The Value of Cash in a Time of Crisis: How...
The US-Africa Leaders Summit: Fostering a Closer Relationship with the...
Three Key Sectors in Which to Invest in 2023
Home Brokerage Cleantech Investing Is on the Rise
Brokerage 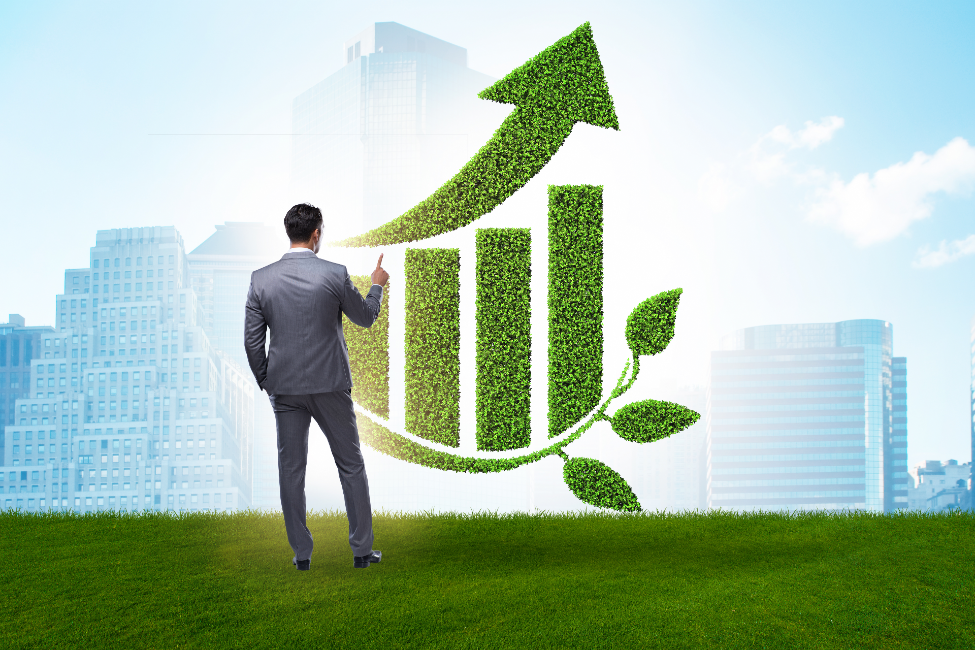 Short for “clean technology” and often used interchangeably with the term greentech, cleantech is an umbrella term that refers to those companies, projects and technologies involved in improving environmental sustainability. From an investing perspective, it typically covers a variety of sectors such as clean energy, green products and/or services and sustainable practices. It can also relate to technologies being used to limit the harmful environmental impacts of such activities as fossil-fuel usage. And as the world has continued to become more environmentally aware in recent years, along with the finance industry’s heightened commitment towards supporting green projects, investment in cleantech has grown significantly.

Cleantech’s emergence and growth over the last 20 years have largely stemmed from the San Francisco-based Cleantech Group—formerly named the Clean Tech Venture Network—established in 2002. Back then, a growing number of venture-capital investors turned to clean technology following the collapse of the dot-com bubble a year or so earlier. Indeed, the sector saw investments of $1.4 billion in early and expansion-stage cleantech companies in the United States in 2000 and a similar number the year after, while clean-energy-related companies were reported to have received approximately $750 million in 2000, up from $442 million in 1999 and less than half that in 1998. By the first quarter of 2002, cleantech companies had taken approximately 8 percent of venture-capital funds in Canada, a major increase from the negligible amount the previous year.

Technologies that initially received interest from the cleantech venture capitalists included solar power, biofuels, fuel cells, water remediation and renewable-power generation. “Alongside the information revolution is an industrial revolution reshaping the design and manufacture of almost everything that we see around us,” said Nicholas Parker, who co-founded Cleantech with Keith Raab. “The revolutionary products being developed today have dramatic improvements over the old because they are lighter, smarter and stronger; cheaper to manufacture and operate; less carbon-intensive and more energy efficient; offer greater service utility per unit of material input and enable virtually zero waste and/or emissions. This is a historical trend that is being accelerated by economic and ecological factors. The opportunities for venture investors are significant.”

Parker’s assertions were soon proven correct. Between 2005 and 2007, deal volumes in the cleantech venture-capital space doubled, while the dollar value that was invested increased almost fourfold. But the years following the Great Recession saw cleantech falling considerably out of favour with investors. According to data from Cambridge Associates, investment in the sector fell by almost half from $19 billion in the 2005-09 period to $10.9 billion in the 2010-13 period. However, by the last half of the decade, the resurgence in cleantech was keenly felt across much of the investment industry, especially through such channels as impact, sustainability, ESG (environmental, social and corporate governance) and socially responsible forms of investing.

Much of the growth in such sectors is being driven by a significant international push towards achieving a clean global economy. With human, environmental and economic damage being more transparently observed as a direct result of climate-related changes, recent years have seen something approaching a critical mass of people applying pressure to fight global warming, not the least since the signing of the 2015 Paris Agreement, which commits almost every nation on the planet to limit their carbon emissions. With the world’s biggest economic jurisdictions now increasingly on board with achieving such goals—the United States, the European Union and China all included—global awareness of environmental problems is more heightened than ever. And with consumer and investor preferences also changing rapidly, companies are now having to adapt and ensure they implement sustainable business practices at all levels.

Today, there is a steadily expanding “clean economy” in which an increasing number of companies are dedicated to achieving such objectives as resource sustainability, clean-energy transition from fossil fuels to zero-carbon energy production and storage, and water-scarcity solutions. Much of the present cleantech focus is zeroing in on more specific environmental interests such as “green technology”, while Cleantech Group provides research, consulting and events to catalyse opportunities for sustainable growth powered by innovation. “We bring clients access to the trends, companies and people shaping the future and the customized advice and support businesses need to engage external innovation,” the company stated.

Not surprisingly, a vast number of companies have sprung up over the last couple of decades to advance cleantech ambitions in pursuit of a greener future. Germany’s CleanTech Capital, for instance, provides business development, corporate and project finance, mergers and acquisitions, divestitures and restructuring services in cleantech and renewable energy across Europe, North America and South America. “We give advice and offer hands-on business development and transaction execution services to listed and private companies, international and domestic utilities, entrepreneurs and institutional investors,” according to the company. “If you require hands-on and experienced transactors, valuation experts, project managers or interim managers with own business and investment track record, we should be your partner.”

In the US, meanwhile, a number of municipalities are investing substantial amounts in cleantech as part of their mission to fully transition towards clean energy. Houston, for example, is currently among the country’s cities with the highest greenhouse-gas emissions on a per capita basis. As such, its Climate Action Plan aims for the city to be carbon-neutral by 2050. The city also launched its first cleantech start-up incubator, Greentown Labs, in April, which will provide 40,000 square feet of space to host 50 start-ups and more than 300 employees working in the cleantech sector. Greentown’s chief executive officer, Emily Reichert, said she believes this space will be an “on-the-ground catalyst for accelerating the energy transition” through new cleantech job creation, economic opportunity and Texas’s growing innovation ecosystem, which ultimately could help Houston become the “energy transition capital of the world”. Bob Harvey, the chief executive officer of the Greater Houston Partnership, an organisation that promotes the city’s business community, said its efforts and those of Greentown Labs will be “critical to positioning Houston as a global leader of the energy transition”.

In Canada, meanwhile, a significant number of cleantech projects are in the offing, which is positioning the North American country as one of the world’s leaders in the space. The government announced in February that it was pledging $55 million towards investing in the sector across 20 clean technology companies. “As Canada continues to navigate the uncharted waters of the global pandemic, our government is making the investments now that will allow us to come together for change to build a stronger, greener and more resilient economy,” noted Minister of Innovation, Science and Industry François-Philippe Champagne. “With today’s support, we are securing Canada’s leadership in the large and growing global clean technology market and ensuring a more sustainable future for all Canadians.”

Emissions Reduction Alberta (ERA), which aims to help the oil-rich province achieve environmental and economic goals, recently announced it would be committing $33 million to 17 cleantech projects as part of its Food, Farming, and Forestry Challenge, thus bringing its total funding to $646 million across 204 projects that between them are worth more than $4.5 billion. As such, the projects will further bolster Alberta’s concerted shift towards a greener economy and follow the provincial government’s efforts to invest in a number of key cleantech initiatives in biotechnology, electricity and sustainable transportation. And innovation hub MaRS has joined forces with the Royal Bank of Canada (RBC) to launch a new accelerator designed to boost women-led cleantech ventures. RBC Women in Cleantech Accelerator is a one-year programme that will provide 10 women entrepreneurs with advisory support, access to investor and mentor networks, and the chance to participate in MaRS events. RBC has already spent $10 million this year in supporting cleantech initiatives.

On the investment side, there is clear evidence that fund managers are dramatically boosting their exposures to cleantech. Axa, for example, stated that its strategy in this regard involves identifying growth-oriented companies operating across one of the following investment areas impacted by the finite amount of natural resources:

“We only invest in companies which demonstrably generate a share of their revenues from the clean economy through an investment approach combining fundamental stock selection with a proprietary impact framework,” the investment-management firm confirmed.

As Rob Day, co-founder of Spring Lane Capital, explained to Forbes last year, there are significantly more types of investment channels for cleantech, akin to a robust “capital ecosystem” rather than simply venture capital. “We are seeing ‘program-related investments’ from the philanthropic sector that purposefully take a more patient approach. We are seeing a variety of alternative forms of corporate financing than just venture capital, from family offices and innovative venture debt providers. And we are seeing new approaches within project finance, such as the area that my own firm Spring Lane Capital invests into, around distributed-asset project finance,” according to Day. As such, several funding options are available today, and while venture capital is still a strong force, it no longer needs to “carry the whole load and solely capitalize innovation efforts”.

Clean innovation feeds a fast-growing global market for environmental solutions that will be worth $2.5 trillion by 2022, according to a 2018 report from a Canadian environment-economy research network and policy think tank, Smart Prosperity. And although the coronavirus pandemic has undoubtedly thrown up a multitude of challenges that will have adversely impacted that forecast since then, there is nonetheless much optimism over the world’s potential to utilise cleantech with the hope of achieving energy and climate goals.

Indeed, there is much about which to be hopeful. Solar is leading the renewables charge globally, ultra-low interest rates are helping to finance numerous clean-energy projects, and more governments and companies are adding their support to cleantech. “Still, major issues remain,” Fatih Birol, executive director of the Paris-based International Energy Agency (IEA), recently warned. “We need even more countries and businesses to get on board; we need to redouble efforts to bring energy access to all those who currently lack it, and we need to tackle emissions from the vast amounts of existing energy infrastructure in use worldwide that threaten to put our shared goals out of reach.”