Top Posts
Crypto-assets and the Relevance of International Private Law
Whither International Banking Regulation?
Interview with Mr. Selman Bicaco Urrutia, Head of Private Banking...
Interview with Ms. Jelena Galić, Chairperson of the Board of...
The International Banker 2022 Western & Eastern European Awards Winners
Why the Status of the Fifth-Largest Economy Is a Job...
Home Brokerage Cognitive Bias Series: 2. Confirmation Bias
Brokerage 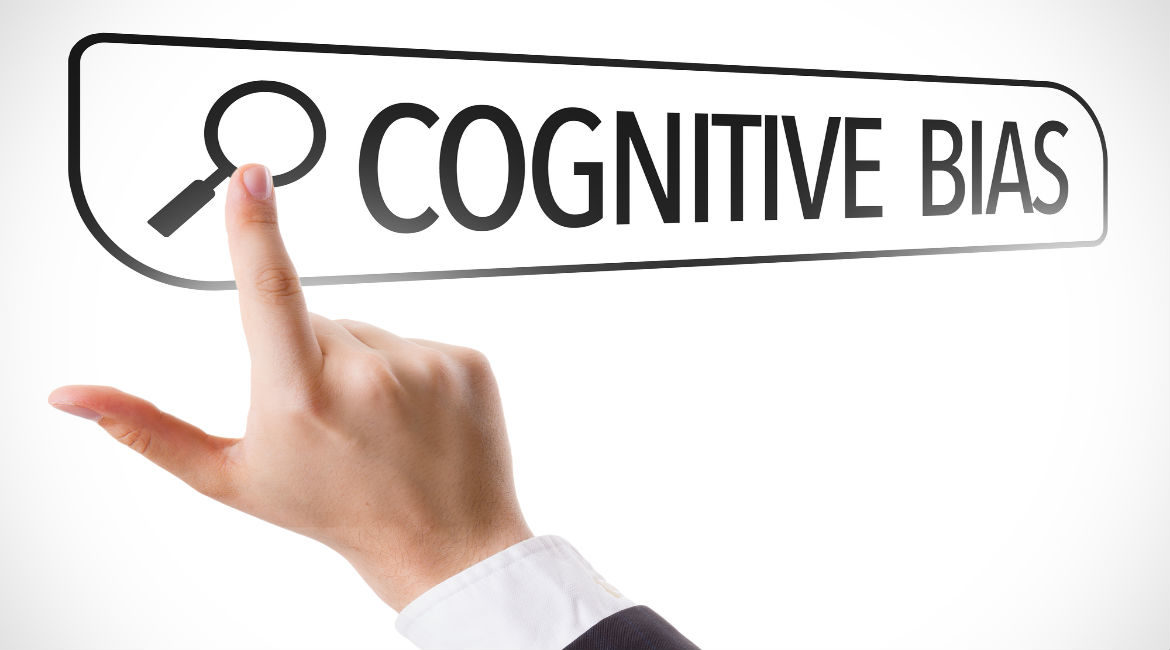 In today’s world, we are confronted by a barrage of information on an ongoing basis. Online news, television and social media are just three channels through which information of all kinds is transmitted to us that, if indiscriminately digested, would likely lead to massive overload. Therefore, we tend to separate the information that is important to each of us as individuals from what we deem as irrelevant. We hold on to the valuable information and discard the rest.

But how does this filtration process work in reality? Often it is not done on a rational or objective basis. Indeed, more often than not, we end up choosing media and information sources that support the beliefs and preconceived notions we already have about the world. As a consequence, we invariably ignore those sources that consistently remain in opposition to our views. This type of selective thought process is known in behavioural psychology as confirmation bias.

The term was first coined by psychologist Peter Wason in the 1960s. In a study of the bias, Wason gave participants a series of three numbers, such as 2-4-6, and then asked them to ascertain the sequential rule that the series followed by guessing their own sets of three numbers. The majority believed that the rule was an ascending sequence of even numbers and in response suggested such sequences as 6-8-10 and 20-22-24. What they did not consider doing was to offer sequences that could have disproven the hypothesis. Wason chalked this behaviour up to the fact that people tend not to like breaking their own pre-determined rules. Indeed, the participants ended up being wrong; Wason’s sequence was simply any three ascending numbers—so 1-2-3 or 2-15-64 would have worked. Given that the results showed that the participants had a preference for confirmation over falsification, however, Wason was able to identify the bias.

Perhaps the clearest example of confirmation bias in action today is in politics. Nearly every political debate today suffers from this problem, with each person highlighting only studies, figures and sources that support their side’s particular argument. Sometimes even if the data appears to discount a side’s views, it will be interpreted in a way that ends up being supportive. Media organisations themselves similarly focus more on the news items that confirm the pre-existing political beliefs held by the majority of their customer bases. During election season, moreover, people will look for positive information about “their” candidate, which in turn provides them with justification for their final decision to vote for that candidate. As a corollary, negative information can be used to cast opposing candidates in a bad light. In doing so, objective facts are often seldom sought, which leads to a voting decision that is based on skewed information. Indeed, confirmation bias is one of the main reasons why, at present, it can be thought to be virtually impossible to provide enough evidence to persuade strong Trump and Clinton supporters that their candidates have profound weaknesses.

Confirmation bias also rears its rather insidious head when choosing investments. If an investor is convinced that the price of a particular stock is about to skyrocket then there is a chance that he or she will use only market information that supports this view. More than anything, such information provides her with the reassurance to go ahead and buy the stock. Once an investor begins to like a company, it can become difficult for her not to discount—or even dismiss entirely—negative information about the company that should ostensibly be given the same weight as the positive information.

Such behaviour can prove to be disastrous when a stock is on its way down. An investor will often remain invested in the stock for much longer than she should because she gleans every kernel of positive information about the company to convince herself that there will be a turnaround in the company’s fortunes and that the stock will recover. Holding such a position can, therefore, lead to substantial losses. Similarly the bias also helps to explain why market bulls remain bullish and bears remain bearish, irrespective of what view should be taken based on the actual market information that is out there.

As with many cognitive biases, the way to counter confirmation bias is to, firstly, recognise that the bias exists, and then to ensure that investment research and trading decisions are executed on an objective and dispassionate basis. Factual analysis must be the foundation for important decisions and will prevent confirmation bias from clouding one’s judgement regarding a potential investment.

One particular way to avoid confirmation bias affecting investment decisions is to actively seek out information that challenges existing views and beliefs. Legendary investor Warren Buffett knows the importance of doing this in practice only too well, having publicly mentioned it on a few occasions. At the annual meeting for Buffett’s investment firm, Berkshire Hathaway, he decided to invite Doug Kass—a hedge-fund trader and fierce critic of Buffett’s style of investment. Indeed, Kass was actually short-selling Berkshire Hathaway stock at the time. Thus the invitation to Kass was a chance for Buffett to listen to reasoning from someone who did not share his views. Buffett could either accept or reject Kass’s position, but ultimately he was going to be better off by merely considering it. As such, it is wise to take in information from a variety of sources.