Top Posts
Could Big Tech’s Iron Grip on Digital Advertising Soon Come...
Can Recent Oil Discoveries Prove to be a Boon for...
Is It Time to Explore an Alternative to Fractional-Reserve Banking?
Can AgTech Prove Instrumental in Helping to Feed the World’s...
Can the Indo-Pacific Economic Framework Expand US Economic Influence in...
Banks Remain Uniquely Vulnerable to Sophisticated Cyber-Attacks
Home Brokerage Crude Oil Analysis
Brokerage 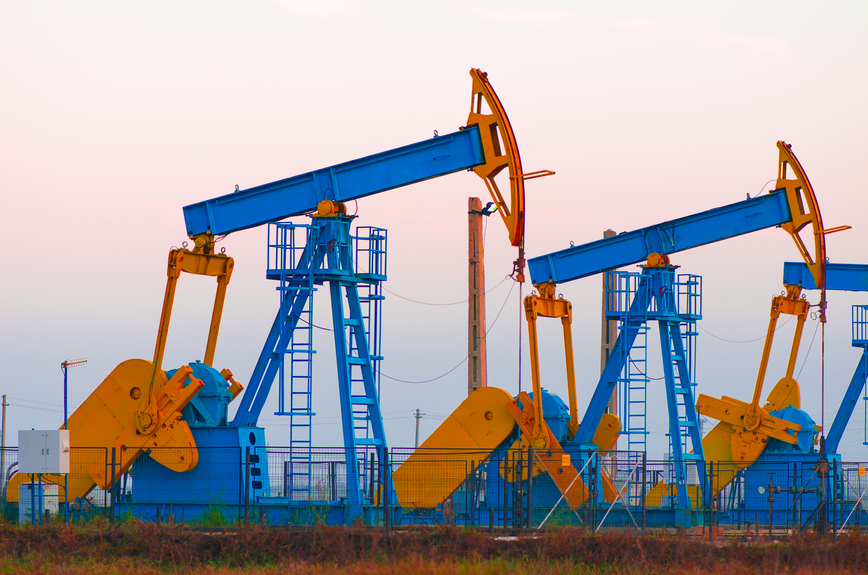 The global economic landscape has undergone a tectonic shift in the past seven months. While it has proved to be highly beneficial for many nations, some of them are staring at severe slowdowns. Why? The huge 50-percent crash in crude oil in the second half of 2014 has proved to be a nightmare for oil-exporting nations such as Russia, which needs oil at $105 per barrel just to support its bills. Simultaneously, oil-importing nations such as India, China and Indonesia can be assured of significantly reduced import bills. With the price of West Texas Intermediate (WTI) Crude Oil trading well below $50, the energy story has sure gone awry for the producers. The early part of January has also been harsh, with the price plummeting by close to 10 percent.

Even though the bears have been merciless, and there is no evident letup in selling pressure, could this actually be the best time to jump in? The majority is betting on oil at $30 a barrel, so now when everyone is fearful, isn’t this the best time to get greedy? Maybe it is! But apart from the psychological viewpoint, let’s see what the price chart is saying.

Here is the monthly chart of Crude Oil WTI (NYMEX), which may help in making an informed decision regarding investing in the energy sector. There are three major technical considerations, which point to looking at it from the buyer’s perspective. Oil is currently trading at $48 and recently touched a low of $46.83, which is very close to the 2008-recession lows of $35-40.

From the price chart above, it can be clearly seen that from 1990 to early 2004, oil prices failed to climb above the $40 mark. However, the 15-year consolidation ended in the second half of 2004, when oil witnessed a breakout on the upside and had a monstrous rally, which ended just shy of the $150 mark. Firstly, the 2008 financial meltdown saw crude crashing to roughly $35 but respected the previous resistance of $40 (on closing basis), which should act as a strong floor. Secondly, a trend line drawn from the beginning of 1999 and touching major lows of 2001-end and 2008-end suggests that the price is at an extremely strong buying level, and long positions can be added. Short covering at current levels may also aid a relief rally. Thirdly, the Fibonacci retracement levels drawn on the rally that followed the 2008 debacle suggest that the current price is near the 76.4 percent retracement of the rally, which adds further strength to the opinion that this is in no way a seller’s market. Investors with a horizon of two to three years can look at getting into oil and the “destroyed” energy counters.

However, in case the scenario worsens further, and the price closes below the $40 mark on a monthly basis, the risk of prices running into the $20s increases. Even so, further depreciation would only reduce long-term investment risks. Hence, investors can start building light positions in oil and continue to pile on every substantial decline as their risk appetite permits. From what can be said, as of now, the oil story is not going to end in the foreseeable future and investing in it could prove to be one of the most profitable decisions.

The reasons for the price slump are abundant, but the main factors are the global supply glut, shale revolution, reduced demand and unavoidable politics. Let us examine these points:

Increased global supply: One of the simplest noticeable factors causing the rout is oversupply. Late last fall, a unilateral decision by OPEC to not lower its daily production target of 30 million barrels sent the price into a tizzy. Another big reason is a self-sufficient US, which has mostly given up on oil and is now digging in its own backyard for shale gas. Increased production in Libya also added to the supply pressure. Tensions in Iraq have failed to unnerve the market, and the price has continued its downslide.

Shale revolution: Shale oil has proved to be a major setback for oil. Due to highly advanced technology, shale deposits that were once unreachable are now easily accessible with the “fracking” technique. Hence, the United States, which used to be one of the major importers of oil, is now able to fulfill its energy needs while reducing its oil-import bill. According to its Annual Energy Outlook 2014, EIA (Energy Information Administration) estimates that the US has 59 billion barrels of “tight oil” (a type of shale oil) resources and as a result, is second only to Russia in shale-oil resources.

Reduced demand: The world’s biggest energy consumer, China, is undergoing a slowdown. As a result, various manufacturing and industrial activities have slackened, causing reduced demand. Other major importers such as India are also not witnessing an uptick in their manufacturing processes, which is again failing to arrest the fall. The Eurozone, with its own set of deflation fears, may also look at cutting down on cheaper oil as it may push the bloc deeper into the deflationary spiral.

Unavoidable politics/How can we not have politics?: Although it may seem like a clear demand-supply mismatch amid a slowdown, there is more to it than meets the eye. Saudi Arabia’s oil minister, Ali Al-Naimi, has reiterated that he doesn’t care if oil prices fall to $20 per barrel, as high prices are not necessarily in the interests of OPEC nations, although he mentioned that he doesn’t want the group to lose its market share. The Saudis’ refusal to curtail output is also seen as a move to crush the economy of Iran, which has incredibly high production costs and may be more like an enemy than a friend. The refusal of non-OPEC nations to cut output is considered by some to be a strategic move to derail the Russian economy and force its president, Vladimir Putin, to bow to the West.

A production cut either from OPEC or from non-OPEC nations could send oil prices rocketing back towards $100, while the estimated price average for the next two to three years is near $80. A revival in the global economy could also buoy prices. Hence, it seems justified to say that this crash is an opportunity to buy; the smart money may already be doing so.

Interview with Adrian Leuenberger, Member of the Management Board of Banque Internationale à Luxembourg