Top Posts
Challenges Remain, But There Are Opportunities to Be Had in...
Interview with Mr. Olukayode Pitan, Chief Executive Officer and Managing...
Commodities Outlook for 2023
The Value of Cash in a Time of Crisis: How...
The US-Africa Leaders Summit: Fostering a Closer Relationship with the...
Three Key Sectors in Which to Invest in 2023
Home Brokerage Crypto Derivatives Are on the Rise
Brokerage

Crypto Derivatives Are on the Rise 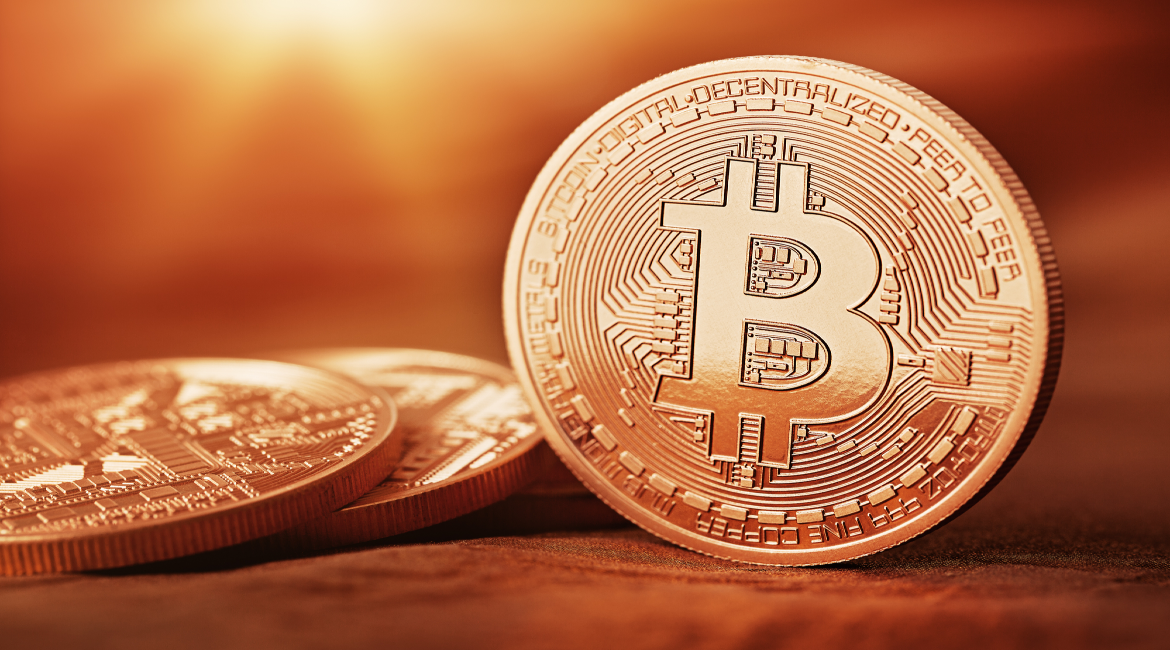 At the end of July, it was announced that EQUOS is set to become the US’ first publicly traded cryptocurrency exchange, with a planned “backdoor listing” on the Nasdaq before year-end, having received approval from market regulators. As part of the blockchain-powered Hong Kong-based financial-services company Diginex, the exchange will reportedly host crypto-asset spot trading as well as US dollar and the USD Coin (USDC) stablecoin at launch, with further plans in place to facilitate “perpetual swaps, dated futures, options and other derivatives products” at a later date.

The announcement is a reflection,  at least in part, of the growing popularity of crypto-derivatives, which since the launch of bitcoin futures trading by the Chicago Board Options Exchange (CBOE) and the Chicago Mercantile Exchange (CME) at the end of 2017 have gained considerable traction among investors and traders. During that time, of course, the crypto-market was nearing the end of its phenomenal bull run, one that saw bitcoin eclipse the $20,000-mark before prices began dropping precipitously at the start of 2018. With the market experiencing significant volatility during this time, therefore, the timely introduction of futures contracts allowed traders to hedge their positions and mitigate some of the risks being brought about by those often violent price swings.

Indeed, derivatives play a crucially important role in financial markets by performing key functions. For one, they allow traders to speculate today on future prices of assets without having to purchase the underlying asset itself today. This means that the trader does not have to spend as much to gain exposure to the market. For example, if a trader buys a December 2021 bitcoin call option with a strike price of $25,000—which means that the trader thinks the price of bitcoin will rise above $25,000 by December 2021, with the aim of being paid the (positive) difference between the actual price and the $25,000 strike price—it might cost around $1,800 today, which is only about one-sixth of the cost of one bitcoin itself.

Derivatives also function as important risk-management tools for traders. Futures, forwards, swaps and options can all be used to lock in prices and prevent adverse price movements from incurring significant losses to the trader. This is known as hedging a position and is used by many market participants to protect themselves against the market moving unexpectedly and out of their favour.

According to July’s Cryptocurrency Derivatives Exchange Industry Report from blockchain research company Tokeninsight, the trading volume of the cryptocurrency-derivatives market for the second quarter of 2020 was $2.159 trillion, based on data from 42 exchanges. This represents an increase of 2.57 percent from the previous quarter and a massive year-on-year increase of 165.56 percent from the second quarter of 2019, thus indicating just how astronomical the growth in crypto-derivatives has been over the last year. And the market just keeps on growing. The second week of August saw open interest for bitcoin futures on the CME (which is regulated by the Commodity Futures Trading Commission) hit an all-time high of $841 million, while the volumes on unregulated exchanges such as Binance and Huobi are consistently higher. 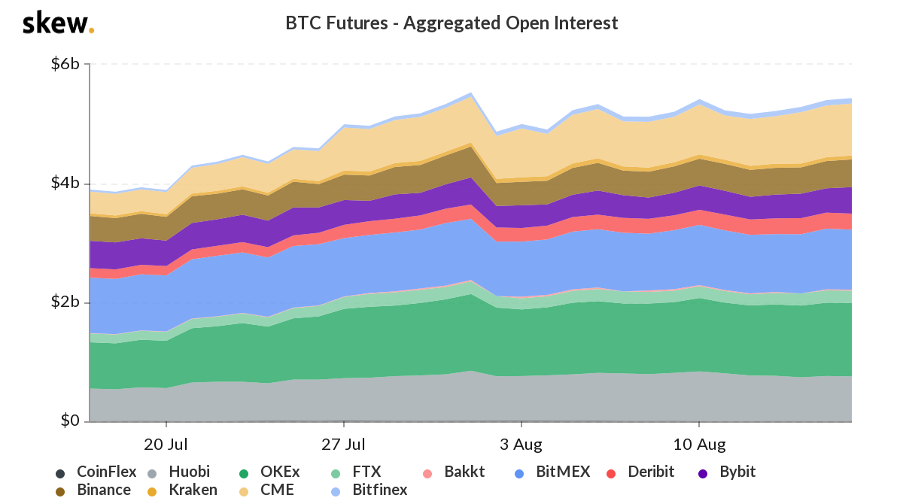 To date, it would seem that Asia has become the global hub for cryptocurrency derivatives. Many of the most actively traded exchanges are based in this region, particularly in Singapore, where cryptocurrency regulation is more liberal than in most places. Indeed, some of the leading Asia-based exchanges such as OKEx, Huobi and Binance are already experiencing consistently higher trading volumes in their derivatives markets than in their respective spot markets.

A growing number of analysts are attributing recent growth in crypto-derivatives to mounting interest in the space from institutional investors—a segment that the crypto-market has largely failed to capture. Speaking to crypto news site Decrypt, eToro analyst Simon Peters recently noted that an “increasing number of institutional investors are in support of Bitcoin as a potential inflation hedge”, while Charles Bovaird, vice president of content at Quantum Economics, also observed the growing institutional interest in the space. “Open interest in Bitcoin futures trading on the Chicago Mercantile Exchange surpassed $800 million earlier this week, representing a more than 100-percent increase from $365 million in July. This development is a strong signal of the rising demand of institutional investors,” he stated.

The growth of institutional interest has traditionally been among crypto’s biggest challenges. But should it succeed in capturing the significant volumes that the likes of hedge funds and banks would likely contribute, it will go a long way towards legitimising crypto as a serious asset class. Indeed, this year has already seen much development taking place to attract institutional investors, including prime brokerage, institutional-grade custody solutions, central bank and government digital currencies, decentralised finance, further regulatory clarity, and more advanced crypto research and data analytics. As such, mainstream acceptance of crypto and mass adoption have rarely felt closer. “I feel as if digital assets and blockchain technology are becoming increasingly mainstream,” Bovaird opined.

But the maturation of derivatives markets could well be the key that attracts big money. As with every asset class that has emerged before it, the establishment of liquid, well-functioning derivatives markets represents a hugely important milestone in the development of the said asset. And with trading volumes now in the hundreds of billions of dollars, their essential function as key risk-management tools within liquid markets is now rapidly approaching acceptable levels for widespread institutional adoption. “Derivatives markets serve a vital function by contributing to liquidity, providing proper risk-management tools and different product options. Therefore such is how I see the cause and effect when it comes to this topic,” Ben Zhou, chief executive officer of derivative exchange Bybit, recently explained to Cointelegraph.

Investor interest in crypto-derivatives also seems to be surging thanks to the explosion in decentralized finance (DeFi) that runs on the Ethereum blockchain. In turn, this has added a tremendous amount of bullish sentiment to the space this year, particularly for ether, which is the second most valuable cryptocurrency after bitcoin. Indeed, open interest in the ether (ETH) futures and options markets reached a new all-time high in August as the spot price for ether scaled to levels not seen in more than two years. According to data source Skew, open interest in ETH futures rose to a record high of $1.73 billion on August 14, thus eclipsing the previous record of $1.45 billion set a week earlier. As such, futures’ open interest for ether has soared by more than 300 percent this year, as ether itself has gained around 240 percent in value. And similarly, open interest in options also reached a record high of $454 million.

While not yet as mature or as liquid as the market for crypto-futures, other crypto-derivative products are also registering solid growth, such as swaps and options. Again, recent surges in trading volumes strongly imply growing interest from institutions, although as far as options are concerned, the market remains fairly nascent—CME’s bitcoin options market just launched in January 2020. Nonetheless, open interest on the CME managed to hit $440 million in late June, while leading options exchange Deribit reached $1.7 billion in open interest for bitcoin options at the end of July.

According to Denis Vinokourov, head of research at crypto-exchange and institutional brokerage provider BeQuant, options are proving especially useful. “Options are a very efficient way to hedge exposure to the underlying product, be that Bitcoin or Ethereum spot or even futures/perpetuals,” Vinokourov recently told Cointelegraph. “In addition to that, it is easier to structure products that would offer ‘yield’, and it is this that has been particularly appealing to market participants, especially in the wake of sideways market price action.”

At present, the Office of the Comptroller of the Currency (OCC) estimates that banks currently have exposure to more than $200 trillion notional worth of derivatives, underlining just how important they are to so many market participants the world over. As recent evidence shows, there is no reason why crypto-derivatives can’t contribute to that exposure. As their inherent functions continue to consistently prove useful to crypto-traders—namely, speculation and risk management—the justification for staying away from the space becomes consistently weaker. And as such, with the biggest players starting to enter the space, it would seem that cryptocurrencies are now gaining the legitimacy and credibility for which they have so eagerly sought over many years.

Banking as a Service (BaaS): the Platform Approach to Banking