Top Posts
Banks Remain Uniquely Vulnerable to Sophisticated Cyber-Attacks
Western Banks Willing to Accept the Short-Term Pain of Russian...
Why the US Is Ramping Up Its Presence in Somalia...
How Technology Is Helping to Solve Global Supply-Chain Issues
UK Inflation Climbs to Fresh 40-Year High
Extended Reality and the Metaverse Are Leading Financial Services into...
Home Brokerage The Decline in the US Coal Industry
Brokerage 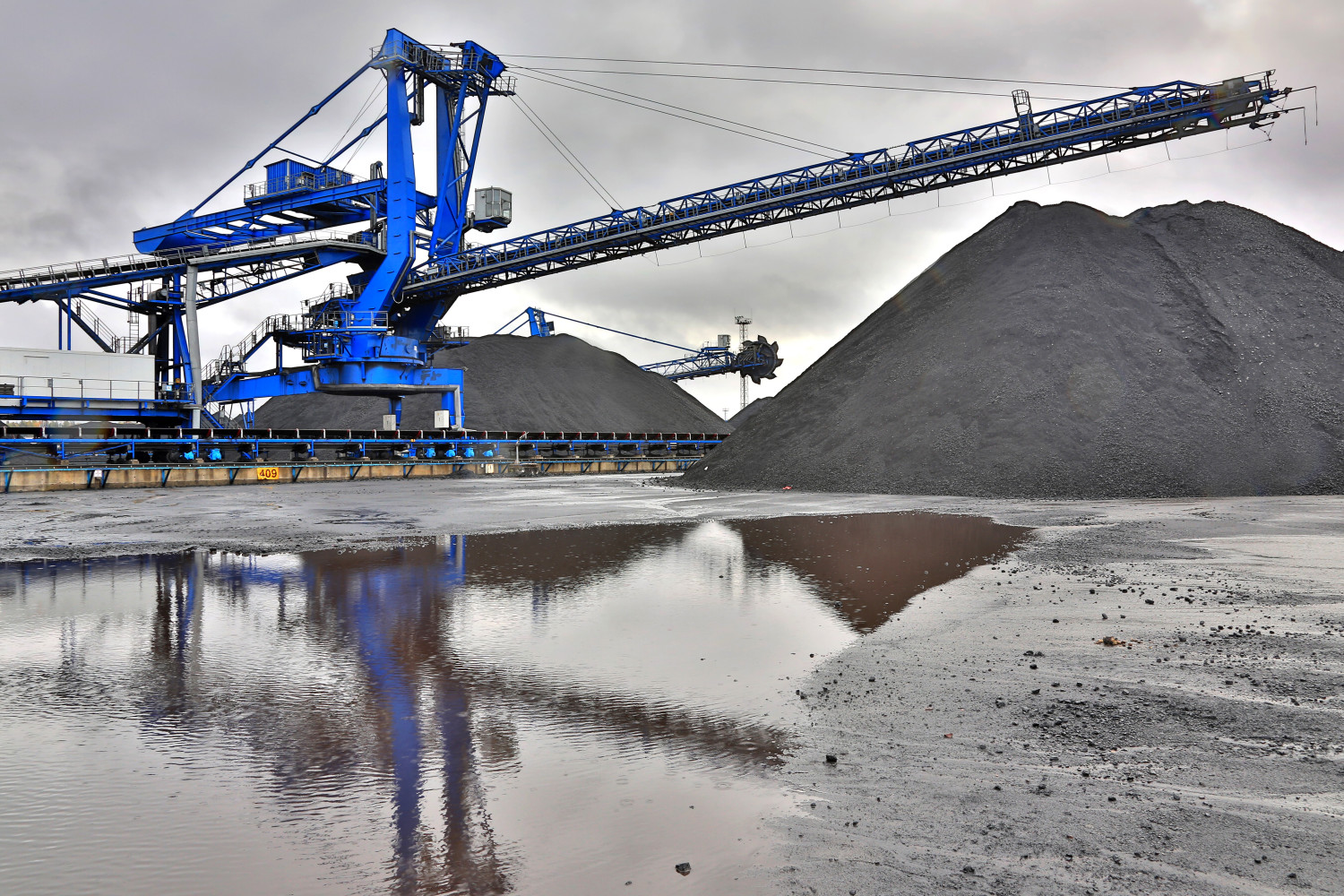 In mid-January, North America’s second-largest coal company, Arch Coal, became the first coal company in 2016 to file for bankruptcy protection. In so doing, Arch’s management is now able to attempt to eliminate its $4.5 billion of accumulated debt, which the company had borrowed when global coal markets were peaking more than four years ago. In the wake of tumbling coal prices, however, it has been unable to repay those debts. After failed negotiations with creditors, Arch missed a bond-interest payment in December—its bankruptcy then became inevitable.

Arch is the latest in a long line of US coal companies that have filed for bankruptcy protection during the decade. Indeed, nearly 50 companies have undergone the process since 2012, underlining just how dire the situation has become for the US—and global—coal industry. Besides Arch, other major players have taken the same route—the US’s fourth biggest company, Alpha Natural Resources, declared bankruptcy last August; Walter Energy declared insolvency in July; and Patriot Coal made its second filing since 2012 for Chapter 11 protection in October, before being liquidated and sold off to other coal producers. The US coal industry, therefore, has experienced a nearly constant stream of bad news over the last five years or so, which has led to a slew of mines and coal companies shutting down. In fact, the largest public coal producers in the US have lost approximately 99 percent of their total values on average during the past half-decade alone, with major players such as Peabody Energy and Foresight Energy experiencing sharp drops in their valuations. Last summer saw the 200th coal power plant in the US shutting down over a five-year period, while a recent study found that the coal industry shed 50,000 jobs roughly over the same period.

While it may appear that the industry’s troubles could throw up some basement-priced bargains for investors, it has not played out that way to date. Indeed, this was discovered by Fortress Resources, LLC, which bought some assets from the bankrupt James River Coal Co, only to file bankruptcy for those assets about 12 months later. This is mainly because the market appears to be in an inexorable decline that has already lasted more than four years. Global coal prices have fallen consistently during this period, thanks mainly to declining demand for the “black diamond”, global oversupply, and a spate of structural and environmental factors dragging the industry down. The price of ICE Newcastle Coal Futures, one of the world’s most liquid coal indices, dropped by 23 percent during 2015. It was only five years ago that all-time highs of $139/metric ton were being reached, when China’s coal demand was nearing its peak.

Indeed, China’s demand slowdown for commodities has been the predominant factor driving global prices down. Given that China is easily the world’s leading coal consumer, and has been responsible for around 80 percent of global growth in coal usage since 2000, it is perhaps no surprise that markets have suffered since demand has cooled. China’s coal consumption peaked in 2013, and then dropped by 3 percent the following year, before falling by more than 4 percent in 2015—the country’s cutbacks have totalled about 300 million tons per year, which is equivalent to roughly one-third of total coal output in the US, the world’s second-largest coal producer.

The Chinese government has also moved recently to address its alarming levels of pollution growth. Clean energy programmes have been initiated, the country’s most toxic coal plants have been shut down—with an extra 1,000 coal mines slated to be closed in the near future—while a moratorium has been put on new mines until at least 2019. Coal plant utilisation rates in China last year were also at all-time lows, underlining the falling requirements for coal output from within the country. This is not good news for the US coal industry, the exports of which to Asia are becoming increasingly loss-making. Cloud Peak Energy, for example, is among the major coal exporters in the Powder River Basin, and has been incurring losses on coal exports since 2013. Although initially hedged against adverse coal-price movements, those hedges have now expired, which has forced Cloud Peak to cancel its export contracts, despite now having to pay steep penalties to transportation companies.

Other coal companies are following suit, particularly as there is no way to compete in the Asian market given the transportation costs US exporters have to bear, which other countries in closer proximity (such as Indonesia) don’t require. Back in 2010, global coal prices were high enough for US exporters to make a profit on the Asian market. Today, this is simply unachievable. Indeed, the futures market currently predicts that key international coal-price benchmarks will continue falling for the next several years.

One of the problems being witnessed in the US coal industry is that, despite running losses, few coal companies are willing to cut production, in part because of the intentions of the bigger miners to force the weaker, less efficient players into shutting down. As such, the oversupply problem driving prices down in the US has been partially self-inflicted. A report by McKinsey recently described the situation as a “slow-motion train wreck”, explaining that for many US coal companies it has become too expensive to shut their mines down. This hasn’t stopped management of several loss-making companies from continuing to pay themselves exorbitant amounts, thus generating more self-inflicted wounds. Despite the bankruptcy of Alpha Natural Resources, for instance, the management team who were at the helm when the company went under was awarded $12 million in the courts, over fierce resistance from the unions.

Demand for coal used to generate power in the US has also fallen consistently over the last 10 years or so. Tougher environmental restrictions have led to a switch in demand towards natural gas, which has suffered a similar price decline but is a significantly cleaner fuel. There has been a substantial decline in Henry Hub spot prices, the benchmark used for the North American natural-gas market, which fell from $4.38 per million British thermal units (MMBtu) in 2014 to $2.61 MMBtu in 2015. Coal’s share in US power generation was around 55 percent in 2000, while the natural-gas share was just above 15 percent. Today, natural gas has surpassed coal, with coal’s use in electricity generation dropping to its lowest point (34 percent) in 2015 since historical records began. Electricity generated by natural gas in the US increased by 18 percent last year, while coal decreased by 12 percent.

The rise of competition from solar-energy companies in the US has also not gone unnoticed. At present, solar power still accounts for a negligible amount of electricity generation in the country, but it is rapidly expanding—solar accounted for approximately 40 percent of new energy generation in the first half of 2015. As costs for photovoltaic technology continues to improve, the threat to coal companies will continue to grow.

With legislation being introduced in the US, such as the Clean Power Plan in 2014, to reduce carbon emissions (coal combustion is the largest contributor to the man-made increase of carbon dioxide in the atmosphere), as well as similar shifts towards renewable energy in China and India, it appears that the last few years have seen a rise in joint global efforts to move away from coal and other fossil fuels. New York Governor Andrew Cuomo recently stated that he plans to shutter all of New York’s coal plants by 2020, while the global climate deal agreed upon in December 2015, as well as the startling growth seen in the worldwide coal-divestment movement, have all conspired to signal the terminal decline of the industry, both in the US and globally. As a result, US coal producers such as Peabody are likely to continue experiencing a drop in valuation.

According to Murray Energy Corp CEO Robert Murray, the industry “is now bankrupt”. Murray recently estimated that it would take all coal companies about $45 billion to fund outstanding debts and employee and reclamation liabilities. “Only three of America’s leading coal companies are currently demonstrating positive cash flows, and they have large debt levels. Our coal markets, both domestically and internationally, are declining daily.”

For the investor still holding out for the bargain coal stock amid all the gloom, the challenge to identify such a company is now a sizeable one. More liquidity events in 2016 are now expected to be on the horizon. As the world moves away from fossil fuels and towards cleaner sources, the future now appears to lie with climate-friendly energy.

How Does International Diversification Influence Advisor Performance on Cross-border M&A?

Very insightful and accurate article. Thank you! We can only see what 2016 brings.

Coal lost the war on coal. Natural gas won. If progressives want to put the final nail in the coffin of coal they should concentrate on shifting consummers in those states that rely heavily on coal. KS, WV, KY, CO, NM, MT, IN, ND, etc. Also concentrate on replacing older less efficient appliances and ac units for newer and more efficient ones for low and moderate income households. I have been with Green Mountain Energy for over ten years. Power from West Texas wind farms. In those states that GME does not serve try Arcadia Power.