Top Posts
Challenges Remain, But There Are Opportunities to Be Had in...
Interview with Mr. Olukayode Pitan, Chief Executive Officer and Managing...
Commodities Outlook for 2023
The Value of Cash in a Time of Crisis: How...
The US-Africa Leaders Summit: Fostering a Closer Relationship with the...
Three Key Sectors in Which to Invest in 2023
Home Brokerage Does Bitcoin Provide the Relief that El Salvador Sorely Needs?
Brokerage

Does Bitcoin Provide the Relief that El Salvador Sorely Needs? 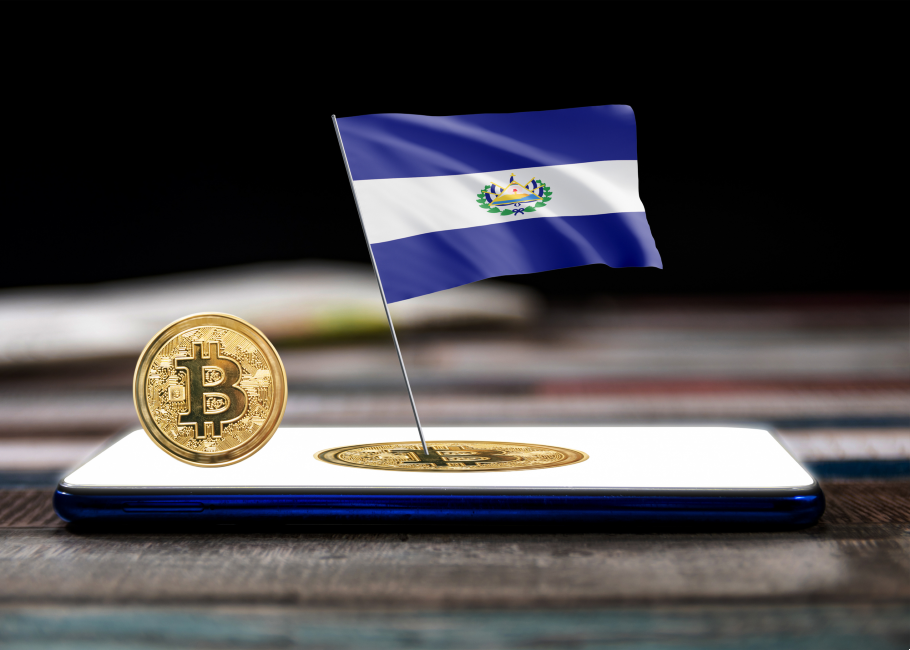 It has already been a memorable year for the cryptocurrency bitcoin. After several years of subdued prices and market interest following its pronounced crash in early 2018, the world’s biggest cryptocurrency project roared back into bullish territory during last year’s final quarter and has continued its upward momentum throughout much of 2021, reaching new record-high price levels repeatedly in the process.

But while some may well have correctly anticipated bitcoin’s revival this year, few would have predicted El Salvador to be the first country to accept the digital currency as legal tender. This means that from September 7 onward, businesses operating within the diminutive Central American nation have been required to accept bitcoin as a legitimate means of payment, beside the US dollar, which has been El Salvador’s de facto currency since 2001. It also means that creditors must have the technology and infrastructure to accept bitcoin to settle debts, or the debts will be cancelled.

Bitcoin’s beginnings may not have been the most auspicious in El Salvador, as thousands of citizens rushed to download the Chivo Wallet app and overloaded the servers, thus forcing the government to take down its new bitcoin e-wallet for a few hours. Nonetheless, those Salvadorans who did sign up were each greeted with rewards of $30 worth of bitcoin as part of the government’s $225-million rollout of the project. More than 200 cash machines that can convert US dollars into bitcoin were also reportedly installed across the country.

Already, Chivo appears on many merchant platforms throughout the country, with even Starbucks and McDonald’s acting quickly to accommodate the mass utilisation of bitcoin. And more recently, budget airline company Volaris confirmed it would accept bitcoin in El Salvador. “This allows us to increase the offering of flights for Salvadorans, in addition to being the first airline in the world to accept bitcoin and of course Chivo wallet,” El Salvador’s president, Nayib Armando Bukele Ortez, stated during a Volaris event on October 19.

Officially, the move to formally adopt bitcoin is a way for Salvadorans to gain access to more payment methods, which in a nation with more than three-quarters of the population unbanked could well be a crucial turning point for many people. According to the El Salvador central bank’s president, Douglas Rodriguez, moreover, access to bitcoin provides a means of inclusion for those considered too risky to be supported by the traditional financial industry.

The use of bitcoin should also be highly useful in facilitating remittance payments from Salvadorans working abroad. Indeed, the Salvadoran diaspora transferred nearly $6 billion in total during 2020, which equates to a whopping 23 percent of the country’s gross domestic product—although a hefty chunk of that amount went straight into the pockets of intermediaries facilitating such cross-border transactions. According to President Bukele, money-service providers such as Western Union and MoneyGram will lose $400 million per year in remittance commissions should bitcoin be adopted widely throughout the population. “Remittances are one area where the status quo in our legacy financial system is terrible, with extraordinarily high fees leveled at populations that can ill afford them,” Matt Hougan, chief investment officer of Bitwise Asset Management, told CNBC on September 9. “It’s a worn-out Twitter saying, but bitcoin really does fix this.”

And for those concerned about the impact mass bitcoin adoption will have on the environment—especially given that bitcoin’s proof-of-work consensus mechanism for validating transactions requires copious amounts of electricity—mounting evidence suggests that the country intends to use renewable geothermal energy for some or all of this process. “I’ve just instructed the president of @LaGeoSV (our state-owned geothermal electric company), to put up a plan to offer facilities for #Bitcoin mining with very cheap, 100% clean, 100% renewable, 0 emissions energy from our volcanos…This is going to evolve fast!” Bukele tweeted in June.

He then followed this up with another tweet in late September of “First steps…”, along with a short teaser video containing bitcoin mining rigs and aerial shots of a forest next to a volcano. And by early October, Bukele confirmed that 0.00599179 bitcoin had been mined using the power harnessed from a volcano. Although not a substantial amount, the application of geothermal energy after less than a month of official nationwide adoption bodes well for the project’s carbon footprint. ″A fully renewable, untapped energy resource has been put to work strictly because of Bitcoin,” according to bitcoin mining engineer Brandon Arvanaghi. “Bitcoin is the greatest accelerant to renewable energy development in history.”

Some wonder whether El Salvador’s bitcoin adoption will or will not strengthen its position at the table in negotiations with the International Monetary Fund (IMF). The impoverished and highly indebted country is seeking a $1.3-billion loan facility from the IMF, and it hopes that recent moves with regards to bitcoin do not hinder it from obtaining the funding. The IMF, however, highlighted the financial and regulatory challenges of using cryptocurrencies in June, while Moody’s Investors Service has also warned that El Salvador’s official adoption of bitcoin threatens the stability of its position with the Fund.

“We don’t see any risks. Perhaps, upside risks,” Rodriguez recently declared to Bloomberg. Bitcoin will “become a payment system, a system for financial inclusion…We’ve explained openly to the IMF: For us, Chivo and Bitcoin is simply a payment method,” Rodriguez said, adding that bitcoin will lose its reputation as a speculative asset and prove useful as a legitimate payment system supported by Chivo. Rodriguez also believes that the leading cryptocurrency’s notorious price volatility should actually work in El Salvador’s favour as far as economic growth rising above the 9 percent expected by the central bank is concerned.

But this volatility presents Salvadorans with arguably their biggest challenge; part of what historically has made the most effective currencies is their ability to be stores of value, offering stability and predictability over the long term. Should citizens decide that they want their salaries to be paid in bitcoin, which is now an option available to them, their monthly incomes are highly likely to experience massive fluctuations from month to month. Clearly, such variations will be preferred during a bullish cryptocurrency market when the value of bitcoin is rising. But their incomes—or, indeed, their savings—could also collapse to negligible amounts should the price of bitcoin crash, and crash hard as it has already done on many occasions during its 12-year lifespan.

Indeed, such concerns have already been expressed vehemently, with protesters taking to the streets of the capital city San Salvador on the day of the programme’s official launch, burning tyres and lighting fireworks outside the Supreme Court. “This is a currency that’s ideal for big investors who want to speculate with their economic resources,” one protestor told Reuters. Polls taken prior to the new programme’s rollout also found that roughly two-thirds of Salvadorans opposed the cryptocurrency’s adoption.

“The Bitcoin law was approved in parliament with hardly any debate. It took only about five hours to go through. We’re not cryptocurrency or Bitcoin haters, but we don’t believe that it should be compulsory that businesses should be obligated to accept Bitcoin in payment,” opposition politician Johnny Wright Sol told the BBC on the day of the launch. Speaking with UK news publication The Guardian, meanwhile, local economist Ricardo Castaneda highlighted the high degree of improvisation in the rollout of Chivo, as well as the worrying degree of opacity surrounding the process. “The app asks for access to your microphone and your contacts, which are not needed for a wallet. Bitcoin might be a distraction but given the decision to push ahead with the plan despite popular opposition and the advice of experts, it could also be an important pillar of Bukele’s political project.”

El Salvador’s levels of education and understanding surrounding financial assets generally and inherent bitcoin risks specifically suggest that despite the country adopting the digital currency, much of the population does not fully grasp the possible consequences of this decision. “It was a very bad day for President Bukele, his government and his Bitcoin experiment. The majority of the population knows very little about cryptocurrencies. What we do know is it’s a very volatile market. Today that was surely made manifest,” according to Sol. “The state is backing these payments and assuming the risk but at the end of the day us taxpayers are all the state.”

Ricardo Castaneda anticipates that the risks of bitcoin adoption will take time to be fully realised across the country and also believes that the expenditure on this project could have been better served elsewhere. “The hundreds of millions of dollars spent buying bitcoin come from the general budget and could have been spent on health or education. Even those Salvadorans who don’t use bitcoin will pay the price of this experiment.”

In the meantime, efforts are being made to capitalise on the financial benefits that bitcoin could ostensibly provide and boost El Salvador’s exposure to potential opportunities within the decentralised finance space. November will see Banco Hipotecario de El Salvador stage the first Bitcoin Bankathon to encourage developers to devise solutions allowing the bank to offer bitcoin-based financial services to all Salvadorans. “To succeed in creating a more inclusive financial services landscape for the citizens of El Salvador, we must start driving innovation proactively,” said Celina Padilla, the bank’s president. “A hackathon is like a seed that allows innovation to sprout. Banco Hipotecario is proud to be the first bank to plant this seed to create innovative Bitcoin-based applications that will remove the barriers preventing Salvadoran citizens from accessing financial services in the region.”

How To Make the Green Finance Market Flourish