Top Posts
Challenges Remain, But There Are Opportunities to Be Had in...
Interview with Mr. Olukayode Pitan, Chief Executive Officer and Managing...
Commodities Outlook for 2023
The Value of Cash in a Time of Crisis: How...
The US-Africa Leaders Summit: Fostering a Closer Relationship with the...
Three Key Sectors in Which to Invest in 2023
Home Brokerage Driverless Cars: the Most Disruptive Technology of Our Time
Brokerage 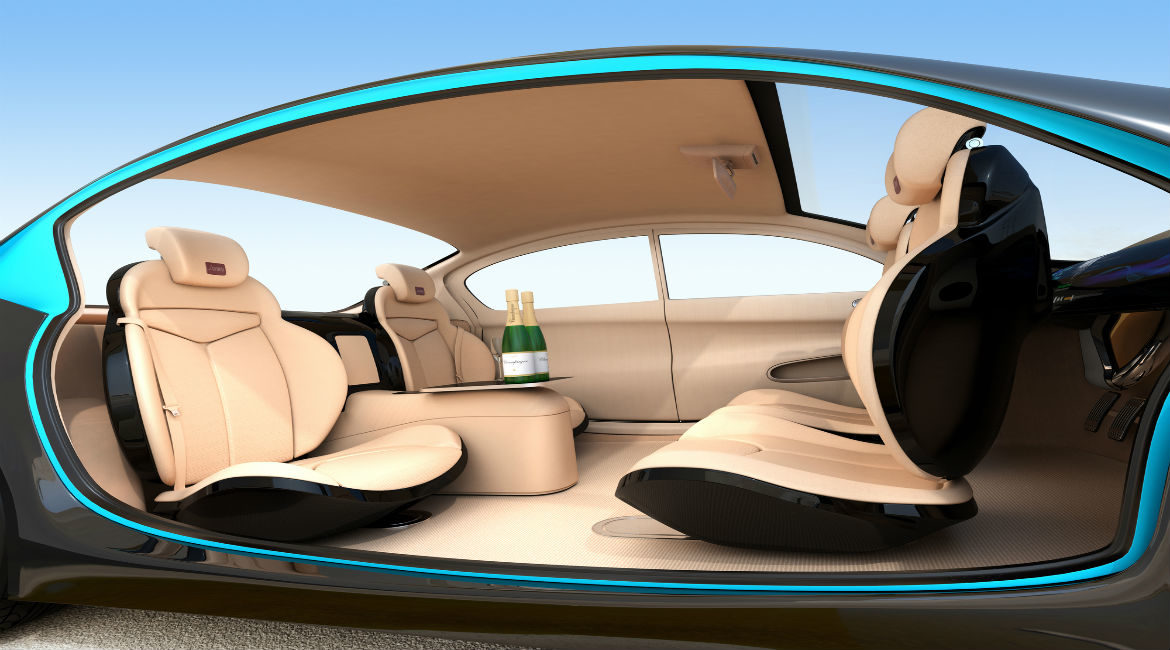 In the United States, the average car spends 96 percent of its time parked on a parking space or in a garage. The rest of the world isn’t much better. Yet, regardless of all those cars just sitting and doing nothing, it is reported that 1.2 million people are killed in road accidents per year worldwide. That is like five Boeing 747s falling from the sky every day. That is equal to the population of Dallas. Concerning? Very much so. What is even more concerning is the fact that human error is to blame for the majority of the accidents. The solution is easy, then—remove the human from the equation and drastically reduce the casualty rate and number of traffic accidents.

While this cause is noble, making and introducing driverless cars to the masses is not that easy. But it is doable. Today almost every major auto manufacturer is dedicated to creating and developing its own driverless car. What is more, some companies such as Google, Apple, LIDAR, Uber, Lyft, Microsoft, Mobileye, Nvidia, Delphi, Bosch, Baidu and others are also working to develop self-driving technology. Some are in the software business; some develop the hardware; while some reimagine whole business models by which driverless cars could operate, work and complement the traffic of today.

While the technology is still years ahead of us, and realistically we cannot expect it to come overnight, every year gives us a few major advancements in this field. 2017 won’t be any different.

Throughout 2016, major car manufacturers and other companies outside the realm of the car industry announced rather huge investments in the autonomous-driving sector. But it seems that the whole effort will have to experience a few separate steps to ensure end feasibility.

To make the whole endeavour work on a grand scale—and in order for many of the car industry and traffic analytics to be certain—the process has to pass through a few stages.

First off, the technology will have to be used by trucks. Seeing driverless trucks on highways is not a novelty, as six convoys of truck “platoons” from different manufacturers crossed Europe in April 2016 as part of a test. So obviously we are already in the business of making self-driving trucks. America saw its first Daimler Freightliner Inspiration driverless truck in 2015. More importantly, the state of Nevada issued clearance for self-driving trucks on its roads.

The next step will be the introduction of autonomous work machines in cities. Imagine garbage trucks as well as road-cleaning and road-maintenance machines all being autonomous without a driver on board, or with a driver acting only as a safety precaution. This would, more or less, be the first proper introduction of self-driving technology in the cities. Thanks to advancements in these fields and thanks to massive advancements by Google, Volvo, Tesla, Uber and Lyft, the dawn of self-driving cars in the cities would arise. Services such as Uber and Lyft will first start using autonomous cars in cities. With technology developed by major companies, their cars would certainly pave the way for driverless buses and eventually standard cars.

This is all at least 10 years away, although companies such as Renault-Nissan, Volvo, Tesla and Ford are actually convinced that they will have self-driving cars for sale in half that time. As technology is definitely moving forward at a high pace, the US road-safety regulators and the US government had to act, and in September 2016 NHTSA (National Highway Traffic Safety Administration) made official the guidelines for autonomous-car development. The guidelines stipulate that manufacturers have to pass a “safety assessment” before releasing their cars on the market. They even classified the levels of autonomous-car technology—with Level 1 being the lowest (adaptive cruise control, lane assist, etc.). Level 2 is the closest to what we have in the Mercedes-Benz S-Class (semi-autonomous driving), and Level 5 is full autonomous-driving capability. Apparently only one company offers Level 3 right now (Tesla with its Autopilot system), while the Level 4 autonomous system will appear in years to come. These guidelines are the first governmental effort toward creating a regulated autonomous-car industry. The Obama Administration even suggested that they may ask for special powers for the NHTSA to assess autonomous cars before commercialisation. This would require a Congressional act but goes to show that self-driving cars are not that far away from the world of today.

For now we know that the manufacturers of every autonomous car destined to reach the road will be obliged to provide documentation on 15 specific topics. These, among others, include answers to questions such as: How do automated systems detect objects on the road? How is information displayed to drivers? Which cybersecurity measures are in place? And which testing and validation methods were used to develop the system?

What is more, this year will see some major advancements of the self-driving technology. Car manufacturers, encouraged by the overnight popularity of the Tesla Model 3 (which should have self-driving capability and be available by the end of 2017), started to invest huge amounts of money into developing self-driving cars. What is more, Audi will probably introduce its flagship A8, and as a part of its Audi piloted-driving program, it announced the car will be able to park and drive (up to 37 miles per hour) autonomously.

What is even more amazing is the fact that shortly after the government and NHTSA announced their self-driving car guidelines, Tesla Motors announced that all of its cars produced from now on will come with full hardware for Level 5 autonomous driving. It will release software updates enabling full capabilities in stages in the years to come. Interestingly enough, Tesla has developed quite a different self-driving system compared to that of almost all the others. New Level 5 features should make use of eight cameras, providing a 360-degree view. It will also use 12 updated ultrasonic sensors to scan the surroundings of the car and a few radars to detect other objects. Vision neural net will process all the collected data and tell the Tesla car how to behave, where to go and how to react. Tesla Motors is installing all of this hardware in its cars currently but will update the software and make it all work only after sufficient testing.

Interestingly, this process is radically different from what we encountered on cars such as Google’s or Ford’s self-driving machines. They make use of laser-scanning technology that scans the surroundings of the car by marking millions of points and measuring the time needed for a light beam to come back to the sensor on the system. This way they have a real-time sense of the surroundings. What is a bit off is the LIDAR (Light Detection and Ranging) sensing system, which has to be on top of the car. It would require major design changes for self-driving cars, while the Tesla Level 5 system, apparently, would work without any major design changes. After all, the Model S looks the same with or without the Level 5 autonomous-car hardware.

Although the whole automotive world is focused on the development of self-driving cars, some events from the past few months shed a light of doubt—such as the departure of Chris Urmson, the technical lead and founding member of Google’s self-driving project, from the company and Apple’s discontinuation of its Titan car project. Apple announced that it will focus its efforts in 2017 on trying to find out if the self-driving program is feasible at all. Although it ditched the prospects of creating the Apple car, it did announce that it will try to provide software systems for self-driving hardware.

All in all, 2017 will be an exciting year for the development of self-driving technology. It may even be a year to make or break the self-driving car project in general. We will find out about the self-driving car’s viability, and the governing bodies of the United States, European Union and China will also play a major role in making it all possible. They have already taken the first major steps in laying out guidelines, legalising testing on public roads and announcing regulations for self-driving cars.