Top Posts
Why the Status of the Fifth-Largest Economy Is a Job...
Syrian Economic Outlook Dims as Internal Conflict, Resource Theft and...
Unwinding the Unconventional Monetary Policy in Japan
Three Significant Payment Trends in 2022
Recessions Hurt: Does the Data Show That the World’s Major...
Every Organisation Should Be Aware of Invoice Scams
Home Brokerage Is This the End of Commodity Trading in Banks?
Brokerage

Is This the End of Commodity Trading in Banks? 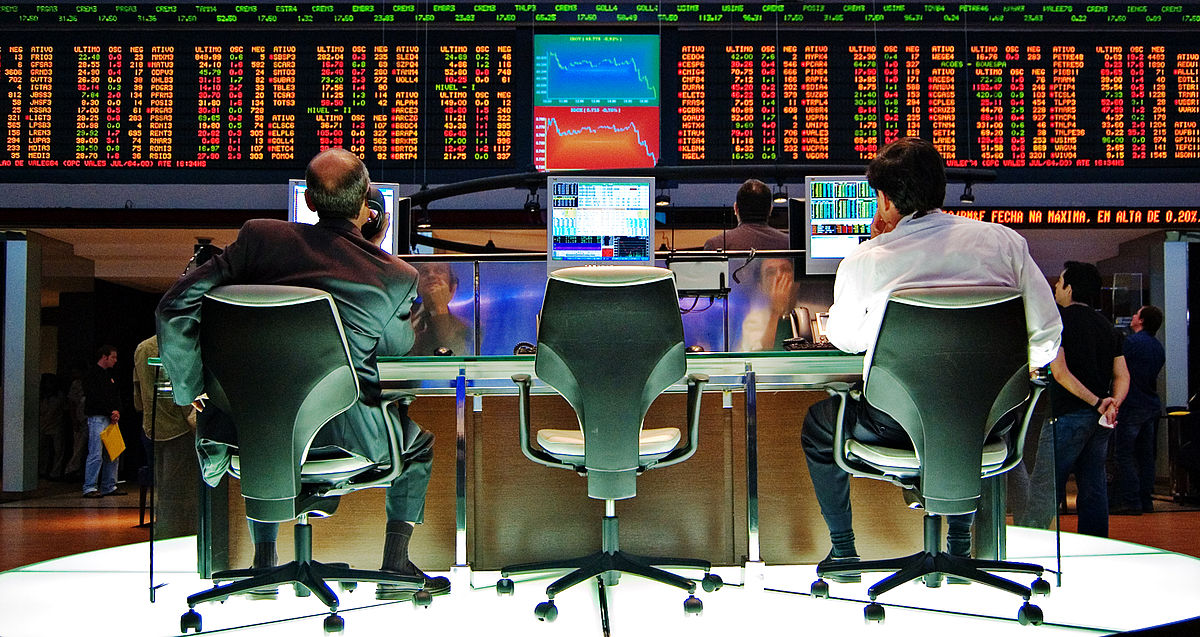 During the last few years, media and public attention has been predominantly drawn to the scores of banking misdeeds and scandalous revelations stemming from unethical behaviour and incompetent practices within major banking institutions across the globe. However, a major change has been taking place within banking activity worldwide that has been somewhat less of a headline-grabber – a large number of bulge-bracket banks are exiting from the commodities-trading business. Many of the world’s biggest international banks are cutting their commodities businesses either in part, or in a substantial number of cases, altogether. These once lucrative areas of trading have fallen out of favour and have left many surmising that this movement may spell the end of commodities-trading for banks. As one example, Barclays most recently announced its exit from the agricultural, precious metals and energy businesses – leading financial-industry parties worldwide to ask how new platforms and business structures will emerge, if at all, to fill this gap in the commodities-trading business?

The decision by Barclays to drop commodities operations came as no huge surprise – the bank is just another in a long list of its banking peers who have already cut commodities divisions. Deutsche Bank announced its exit from commodities trading altogether in 2013, JPMorgan has announced a $3.5-billion sale of its physical commodities-trading division to Swiss-based Mercuria Group, and Morgan Stanley also announced the sale of part of its oil-trading business to Rosneft, a state-owned Russian firm, in December of last year.

Prior to this phase shift, these large banking institutions have held commodities trading as a substantial part of their business operations. JPMorgan has ranked first in commodities trading for the past financial year, according to Coalition, a financial-industry research firm, with Goldman Sachs ranking second, followed by Morgan Stanley, Deutsche Bank and Barclays. So why are these banks exiting this significant business area? Concerns for the future feasibility and profitability in commodities-trading areas have driven this decision for bank bosses; margins have thinned in commodities operations, and the tougher trading economic environment combined with both more stringent regulation and an ever-increasing reputational risk that stems from commodities trading have fuelled the decision to exit.

When it comes to thinning margins, the costs of operating a successful commodities platform have reached new highs after incorporating worldwide regulatory rule changes, such as Basel III regulation.  The implementation of this regulation has forced banks to use proprietary capital for trading only risky assets such as commodities, and the regulations specifically limit borrowing of funds for these kinds of business activities. Regulation aside, over the last five years, profits from commodities trading across the board have fallen significantly; for example, Bloomberg reported that the commodity-business profits for the largest 10 global banks was approximately $4.5 billion in 2013 compared to the stellar $14.1- billion reported profits of the premier 10 commodity-trading banks in 2008 – a massive decline. These declines have made commodities trading less favourable when it comes to allocating capital – especially as better returns can be found in other asset classes, such as the strongly performing equity markets.  This has made the entire commodities-trading area much riskier for potentially fewer rewards for the banks – these diminishing risk-reward ratios have been a key driver in the decision to cut.

Furthermore, when it comes to the consideration of risk is the growing call to make shareholder needs  more of a priority; shareholders of major banking stocks are increasingly expressing concerns and demanding that changes be implemented when it comes to risk-taking in these institutions. Media coverage and wider scrutiny of the banking-bonus season has further compounded this sentiment. By cutting down on commodities trading, balance-sheet capital will be freed up and redirected into other business areas (most likely those considered lower risk by shareholders), which will deliver stable, positive investment returns, or be returned to shareholders through dividends. Lower risks and higher returns will appease stakeholders as these banks seek out stable and profitable business areas of growth going forward.

In addition, the Federal Reserve and regulators worldwide have been expressing increasing discontent towards banks owning physical commodities – with regulators in particular upping their investigations into suspected price-rigging activities in commodities, such as currencies, interest rates and electricity. The Federal Reserve as well as oversight and regulatory bodies suspect that temptations to fix prices grow stronger when a network of acquainted people are involved in a particular physical market – with such networks being historically common in the banking industry. This type of behaviour is difficult to moderate and detect and poses wider risks for banking institutions. A further concern has grown worldwide concerning physical holdings of commodities by banks; when highly leveraged financial institutions own large amounts of physical assets, financial and environmental catastrophes can stem from merely one bad banking decision. In addition, the complexities and the associated risks of certain trading structures – such as those involving derivatives – are being placed under tighter controls and regulatory scrutiny. These increasing risks are spurring on regulation-tightening as well as banking exits from commodities operations.

While many major banking institutions are leaving the commodities-trading business, there are still some banking participants who are maintaining their operations –even strengthening them in some cases. One of the most notable examples is that of Goldman Sachs. Despite lower returns in this area for the major US bank, they are still trading, buying and selling across a wide range of commodity assets for their clients.

Further to this, not only are a few institutions maintaining their operations, a few are actually attempting to move into the commodities business. A prime example is Hong Kong Exchanges and Clearing. This organisation has historically focussed on equities trading over the years, and more than two years ago, in 2012, the company purchased the London Metals Exchange. The company is currently planning to offer a range of commodity products and trading services – including local futures contracts for zinc, copper and nickel (in Chinese renminbi) and for thermal coal (in dollars). They may initially struggle in this difficult environment. Not only are the risks and trading environment hindered by the above-discussed circumstances for the commodities business, but further to this, there are a number of large and fast-growing Chinese commodities houses and exchanges in Dalian, Shanghai and Zhengzhou with which Hong Kong Exchanges and Clearing will have to compete for business. However, across the global marketplace, consensus is growing for a shift in centrality from West to East, and Hong Kong Exchanges and Clearing will most likely benefit from this transition – especially when it comes to setting prices and rules if power continues to grow in the East. Further to this shift, Shanghai’s International Energy Exchange has announced its intention to begin trading crude-oil futures later this year, and similar moves into other commodities-business areas are expected.

Perhaps the changes in commodities-trading activity over the last year do not spell the end of commodities trading for banks but rather a shift towards specialisation in this business area – both in terms of product and geography.

I have 10 billion euros and would like to get into a buy and sell of commodities.