Top Posts
How Gamification is Catapulting Digital Banking to the Next Level
Challenges Remain, But There Are Opportunities to Be Had in...
Interview with Mr. Olukayode Pitan, Chief Executive Officer and Managing...
Commodities Outlook for 2023
The Value of Cash in a Time of Crisis: How...
The US-Africa Leaders Summit: Fostering a Closer Relationship with the...
Home Brokerage Explaining the Yale Investment Model’s Success
Brokerage 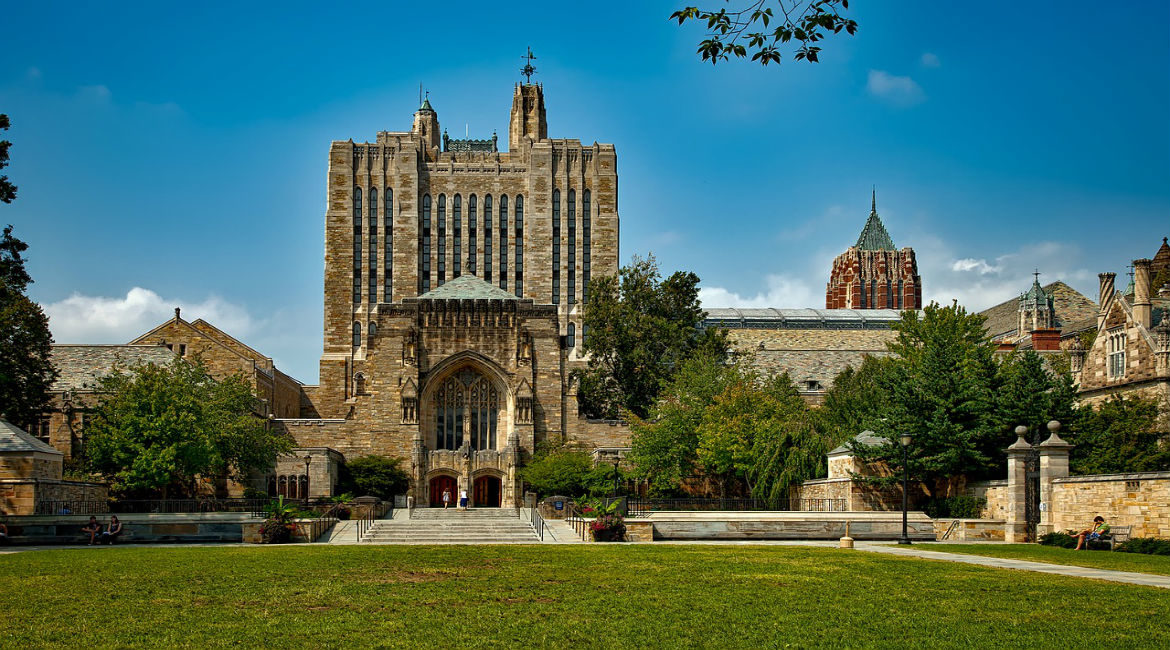 David Swensen has been the chief investment officer of Yale University’s endowment fund since 1985. During this period, the Yale endowment has made significant changes in its asset-allocation pattern. In fact, many universities across the United States have attempted to emulate the strategy that Yale has followed in an effort to earn greater returns on their funds.

Other universities have not restricted themselves to merely copying the Yale endowment’s asset-allocation strategies. Several have recruited investment managers who have worked under David Swensen in the belief that the people he has trained have the ability to replicate the results that Swensen has consistently achieved. Andrew Golden, a former senior associate in the Investments Office at Yale University, has been heading Princeton University’s $22.7 billion endowment fund since 1995. The Massachusetts Institute of Technology’s $14 billion fund, which includes the institution’s endowment and retirement plan, has Seth Alexander, a former director of the Yale Investments Office, as its president.

In 1985 Yale had more than 80 percent of its endowment in US stocks, bonds and cash. David Swensen has turned this pattern on its head. Currently, domestic marketable securities make up only 10 percent of the total investments.

How has nine-tenths of the endowment been invested? It is in foreign equity, private-equity funds and in other non-traditional asset classes. The rationale for investing in alternative assets is very simple. They are illiquid, and their prices are determined in a manner that is not as efficient as it is for traditional marketable securities. This provides the endowment’s managers with the right set of conditions to enter the market when prices are low.

The Yale Investments Office has successfully used this strategy to invest in oil and gas, timber, real estate, venture capital and leveraged buyouts. This approach is especially suitable for those investors who are looking for long-term returns. In the last 20 years, the Yale endowment fund has made an annual return of 12.6 percent. Over a 30-year timeframe, the returns are even higher and stand at 12.9 percent.

The following chart illustrates the change in asset allocation over the last three decades. 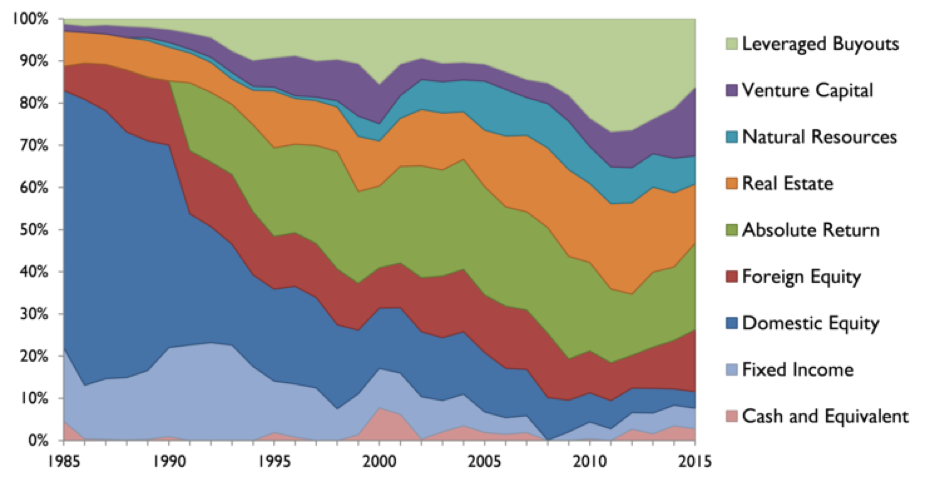 The Yale endowment earned 3.4 percent this year. While the return is low, it is significantly better than what its peers have earned. A report in The New York Times states that according to data released by Cambridge Associates, an investment advisor to foundations and endowments with $9 billion under management, the average for endowments this year is a negative return of 2.7 percent.

Harvard, which has an endowment of $35.7 billion, reported a decline of 2 percent. It said that its losses are a result of poor stock selection and a fall in the value of its holdings in natural resources in South America.

Yale does not reveal its returns by asset class. But in a Bloomberg report, Tim Keating of Keating Wealth Management said that the Yale endowment’s returns have probably received a boost from its investments in leveraged buyouts and venture capital. One disclosure that Yale did make is that it made a gain of $84.4 million on an investment of $2.7 million in LinkedIn.

David Swensen follows a policy of using outside managers instead of creating a team within his organisation. This practice has been followed by several other universities that copy the Yale endowment’s method of functioning.

Endowments form a crucial part of a university’s budget.

Universities rely heavily on their endowments for operational expenses. In fiscal 2017, the Yale endowment is expected to contribute a sum of $1.2 billion, which is about a third of the university’s annual budget. If the endowment cannot provide adequate funds, it could put the university’s finances into trouble. At the time of the great financial crisis, the value of the Yale endowment plummeted, reporting a decline of 24.6 percent in 2009. Ever since then, half of the endowment’s investments have been maintained in assets that are easy to liquidate.

Iran’s Economy Since the Lifting of Sanctions