Top Posts
Are Your Bank’s Digital Marketing Metrics Meaningful?
Identifying Beneficial Ownership: A Regulatory Conundrum
Forging a Digital Framework to Harmonize the Global OTC Derivatives...
The Paradox of AI and Investing
Malaysia’s Fight Against Climate Change: Perspectives from a Central Banker
Crypto-assets and the Relevance of International Private Law
Home Brokerage The Fed’s Interest Rate Hike is Not the Ultimate Evil for US Stocks
Brokerage 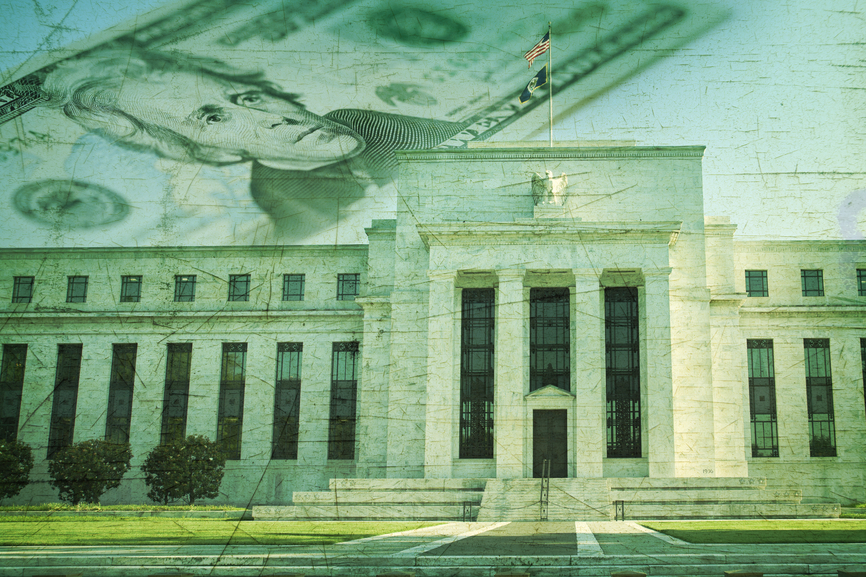 There has been talk, including official announcements by the Federal Reserve, that the US economy has reached the stage of its recovery when it would be a good idea to increase the near-zero short-term interest rate. Before this was first announced last December, in fact two weeks before that Fed meeting, the S&P 500 Index slumped by more than five percent as investors worried about what an interest-rate increase would do to them. Once the Fed announced that there was no rush with the rate hike, the situation calmed down, and the S&P 500 rebounded mightily.

According to one analyst, Matthew Schoenfeld, a rate hike won’t affect US stocks and bonds as gravely as many investors expect. In fact, he says, the capital market may benefit from a rate hike, and here is why. Schoenfeld has tracked trends in the US and major European economies before and after their respective central banks have increased interest rates. What he found was a pattern: whenever the Fed’s rates were higher than those in the UK or Germany, capital markets actually flourished. In other words, instead of dampening shares and bonds, an interest-rate hike could push them up. The reason for this dependency, Schoenfeld says, is the competition between the dollar and the euro: investors will go with the currency with the more attractive interest rates, and this will have a beneficial effect on the whole US system, including producing a stronger dollar and rallying stocks and bonds—if they choose the US.

But, truth be told, the Fed is really in no hurry to raise rates, given the somewhat uneven economic data. For example, the central bank has made it clear that it wants to see some consistent wage growth before it hikes interest rates, and the latest wage data, for December, revealed a 0.2-percent decrease in average hourly earnings versus a 0.2-percent rise in November. But these figures are not significant from the Fed’s point of view, which, when it was suggested, led to yet another drop in both the S&P 500 Index and Dow Jones Industrial Average, though not too great in either: the S&P 500 shed 0.87 percent, while the Dow Jones lost 0.64 percent. As one Bank for International Settlements (BIS) official said, “Recent events, if anything, have highlighted once more the degree to which markets are relying on central banks: the markets’ buoyancy hinges on central banks’ every word and deed.” True words coming from Claudio Borio, chief of the Monetary and Economic Department of BIS.

How did this come to be? How did markets become so sensitive to central banks’ every mood swing? With post-crisis regulation, of course. Central banks were tasked by governments to rein in capital markets, to curb their potential to do harm to the wider economies, so it was only to be expected that the Fed and its counterparts across the world would become a guiding light for these same capital markets.

Logical it may be, but that does not mean it’s not a cause for worry. According to some market experts, this significant dependence of capital markets on central banks is harmful. On the one hand, it is keeping the market artificially stabilized and therefore vulnerable; and on the other, it’s preventing central banks from taking real control of their financial systems and real economies, because they are focusing too much on not letting capital markets tumble. An additional problem with this situation is that governments start lacking any motivation to implement structural reforms that would get the economy back on its feet, according to Stephen Roach, a former Morgan Stanley chief economist.

And then there’s another question that needs asking in this context: Is the Fed’s decision on interest rates the most important factor that affects US capital markets? Hardly. The situation right now is fraught with developments that hit the indices directly. Take crude oil, for instance. Since June of last year, crude has been on an inexorable slide, interspersed with some temporary recoveries—but, nevertheless, inexorable. As of the start of this year, it had lost around half of its June value, and now West Texas Intermediate is heading steadily towards $40 a barrel. This has had a profound effect on investor confidence and has hit equity markets painfully, although, truth be told, government bonds and gold have benefited because of their reputation as safe havens. In other words, it’s not just the interest-rate hike.

In fact, according to Roach, the actual problem with the pending increase in the short-term interest rate is not the increase as such but rather the fact that it has been delayed much too long. The quantitative-easing program that the Fed used over the last few years to get the US economy back on track after the 2008 crisis lasted too long, and normalization is taking too long, too, which could have dire consequences. This was the case in 2004-2006, Roach says, when the central bank also undertook a gradual increase of interest rates, which was so slow and dragging that it led to the expansion and eventual burst of the housing bubble, complete with household overconsumption, a drop in savings and a huge current-account deficit, which ended in the Great Recession.

Now, Roach could be over-pessimistic, and Schoenfeld could be over-optimistic, but, as is evident, their opinions do not actually clash. Both are basing them on actual patterns observed over time, and in the end the main question that remains might well be in the timing of the interest-rate hike. Investors may just have to tighten their belts and wait out the temporary and unavoidable market slump before things get back to normal.