Top Posts
Challenges Remain, But There Are Opportunities to Be Had in...
Interview with Mr. Olukayode Pitan, Chief Executive Officer and Managing...
Commodities Outlook for 2023
The Value of Cash in a Time of Crisis: How...
The US-Africa Leaders Summit: Fostering a Closer Relationship with the...
Three Key Sectors in Which to Invest in 2023
Home Brokerage Five Industries in Which to Invest in 2019
Brokerage

Five Industries in Which to Invest in 2019 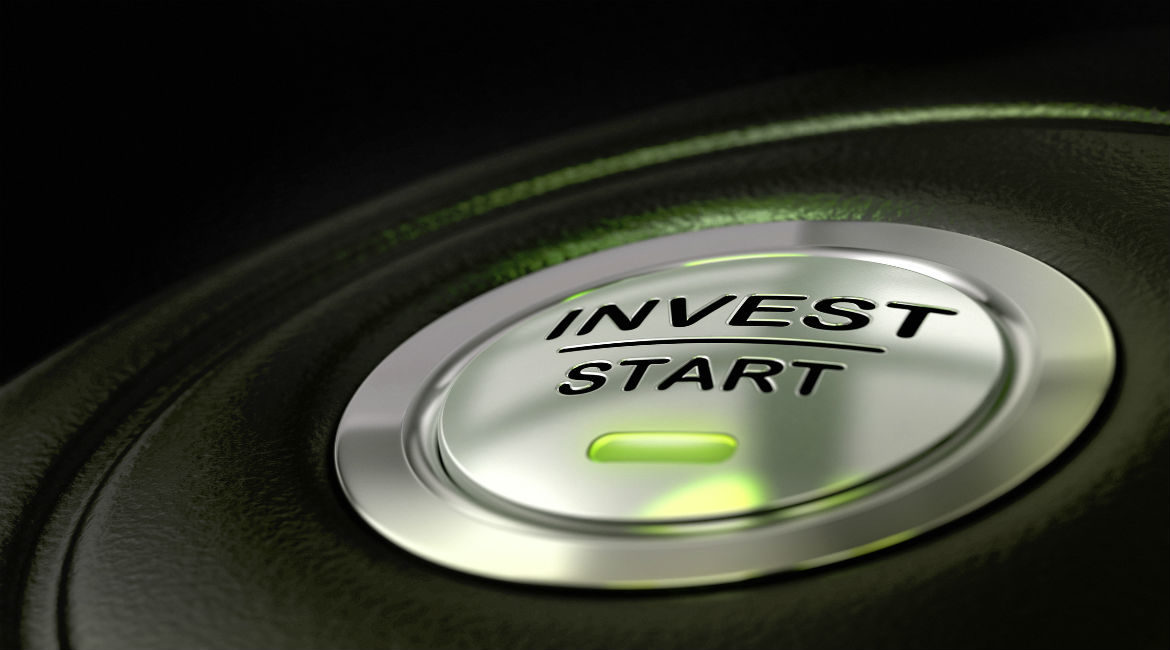 Despite the record-breaking highs achieved by US stock markets, 2018 is ending with virtually all those gains wiped out. And it’s not just the United States that has suffered. Germany’s DAX, the United Kingdom’s FTSE 100 and Japan’s Nikkei 225 are all ending the year firmly in the red.

With markets now experiencing decidedly bearish sentiment as we head into 2019, therefore, much speculation abounds over where stocks are headed over the next 12 months. With geopolitical events dictating much of the market moves in recent months, it would seem that much rests on such issues as the US-China trade war, tensions between Italy and Brussels, and how the UK’s divorce from the European Union plays out in the end.

That said, certain industries look ripe to outperform the benchmarks next year. We take a look at some of the most promising of those industries.

Financial technology looks set for another bumper year in 2019, as start-ups continue to disrupt the financial sector. According to KPMG, global investment in the space soared during the first half of 2018, with $57.9 billion invested across 875 deals; that’s substantially more than the $38.1 billion invested during the entire 12 months of 2017.

And this spectacular growth looks set to continue unabated. A report published in September by Envision Intelligence found that the fintech sector will enjoy an incredible CAGR (compound annual growth rate) of 74.16 percent from 2019 to 2025. “Growing internet penetration and increasing availability of spatial data” are considered some of the chief factors underpinning this phenomenal growth rate,while increasing occupational mobility levels are only expected to boost innovation for the market.

One specific fintech area that is expected to take off next year is “insuretech”—that’s technology that is helping to disrupt and optimise the various aspects of the insurance industry. Speaking recently to Forbes, Victoria Treyger, managing director at Felicis Ventures, believes that insuretech will soon go mainstream. “We will see changes in how ‘insurance’ is sold where it becomes bundled with other home services, especially apartment rentals and home sales.… Businesses will see a sharp increase in all types of commercial insurance that they can buy directly online rather than through brokers.”

Elsewhere, payments, mobile banking, blockchain, artificial intelligence (AI) and regulatory technology (regtech) are all expected to be growth industries under the fintech banner in 2019.

As our lives shift further into the online world, the potential for criminals to compromise our privacy becomes ever greater. And the responsibility for such data breaches is invariably going to lie with the company whose site has been hacked, whether that be an e-commerce retailer, a health insurer or a social-media company. Not only will such companies have to pay substantial amounts in settlements of customer lawsuits for such criminal activity, they also stand to lose future revenue from the loss of confidence experienced by affected customers.

The threat itself is being executed in increasingly diverse forms, moreover. Viruses, spam, malware, identity fraud, hacking, phishing and cyberstalking are just some of the ways in which companies are now being attacked. Given that companies are having to take customer-data protection very seriously, therefore, cybersecurity is now being considered as mandatory in virtually every industry.

As a result, most analyses views cybersecurity taking off massively over the next few years. According to one recent market-research report published by MarketsandMarkets, the cybersecurity market is expected to grow from $152.71 billion in 2018 to $248.26 billion in 2023 at a compound annual growth rate of 10.2 percent during that period.

With the need to protect our privacy becoming ever more important, therefore, there doesn’t appear to be any slowdown on the horizon for the cybersecurity industry.

October 17, 2018, was a momentous day in Canada when, following June’s Senate vote to legalise recreational use of cannabis, the country’s adult citizens were officially able to buy the controversial plant for recreational purposes. Investors can now expect to see strong gains in this new industry, one that generated $8.5 billion last year in the United States and which, according to Arcview Market Research and BDS Analytics, is forecast to grow to $23.4 billion by 2022 at a healthy 28-percent CAGR.

But, unlike the US, cannabis in Canada is now legal at the federal level, rather than just within individual states or provinces. As such, all eyes are on the Canadian market as we head into 2019. Recreational marijuana can now either be obtained from licensed producers or grown for one’s own consumption. Arcview and BDS expect recreational marijuana sales between October 17 and the end of 2018 to hit almost $700 million and to reach nearly $5 billion by 2022.

And with more states in the US potentially legalizing recreational cannabis use during the coming years, both North American countries represent strong investment potential over the next few years.

This vastly expanding industry is concerned with the technology underpinning the design, manufacturing and application of robots—that is, devices that can perform tasks without the need for human assistance. Not to be confused with artificial intelligence (AI), which refers to developing computer programs to complete tasks that would otherwise require human intelligence, robotics is more concerned with performing a series of actions autonomously (and, therefore, is less concerned with being required to “think”).

And many now believe that the age of robots will soon be upon us. Indeed, the robot revolution is expected by some to completely transform the global economy over the next couple of decades.  According to a recent report from Mordor Intelligence, the global robotics market is expected to notch up a CAGR of 24.52 percent over the forecast period of 2018 to 2023. Perhaps unsurprisingly, the need for automation across a vast number of industries will drive this growth, with the report particularly highlighting the rise of smart factory systems as already being crucial in boosting demand for robots.

The automotive industry is expected to account for the biggest market share for robotics, with Mordor noting that “rising concerns for labour safety, adoption of automation to ensure quality production and to meet market demand on time” will be the main drivers of automotive-robotics market growth.

Although we’ve not quite yet reached that dystopian phase of the machines taking over the world, we are undoubtedly witnessing a sharp rise in the number of successful AI applications being introduced as well as the amounts being spent on research in this field. Earlier this year, for example, the European Union (EU) announced that it will spend $24 billion in AI research by 2020 in a bid to keep pace with global leaders China and the US. Promising applications of the technology include autonomous cars, healthcare and financial services, not to mention its controversial use for military purposes.

Many of the world’s biggest companies are dramatically boosting their exposure to AI. Take Microsoft as an example. The US tech giant recently announced plans to acquire conversational AI firm XOXCO, thus marking the fourth AI-related purchase Microsoft has made in 2018. The firm’s “bot framework” already supports more than 360,000 developers, and the acquisition of XOXCO will only further strengthen Microsoft’s AI credentials.

Other major companies have also moved strongly into the space. Facebook already uses AI extensively for facial recognition in images as well as for ordering posts in user newsfeeds according to relevance. Amazon uses AI for its Alexa-based applications such as Echo as well as in its leading cloud-computing service Amazon Web Services (AWS) through natural language processing (NLP), speech generation and image analysis. And Google has a strong AI presence, especially with respect to healthcare applications. According to CEO Sundar Pichai, “If AI can shape healthcare, it has to work through the regulations of healthcare. In fact, I see that as one of the biggest areas where the benefits will play out for the next 10 to 20 years.”

All this means that a bright future is being touted for AI, and adoption of the technology is now beginning to accelerate—although the industry is admittedly still in a very early stage of development. Nevertheless, a report from Narrative Science and the National Business Research Institute (NBRI) recently revealed that more than 60 percent of companies surveyed had already implemented AI and are actively seeking further ways to adopt it. Gartner Research, meanwhile, found that the global business value derived from AI hit a colossal $1.2 trillion in 2018, 70 percent more than the previous year. What’s more, it expects this value to reach $3.9 trillion by 2022.

And PwC (PricewaterhouseCoopers) predicts that AI will represent up to $15.7 trillion of global gross domestic product by 2030. As such, investing in AI now represents a sensible long-term decision.

The 2019 Banking Landscape – How It’s Set to Deliver Change