Top Posts
Challenges Remain, But There Are Opportunities to Be Had in...
Interview with Mr. Olukayode Pitan, Chief Executive Officer and Managing...
Commodities Outlook for 2023
The Value of Cash in a Time of Crisis: How...
The US-Africa Leaders Summit: Fostering a Closer Relationship with the...
Three Key Sectors in Which to Invest in 2023
Home Brokerage FTX: The Sorry Collapse of a Crypto Giant
Brokerage 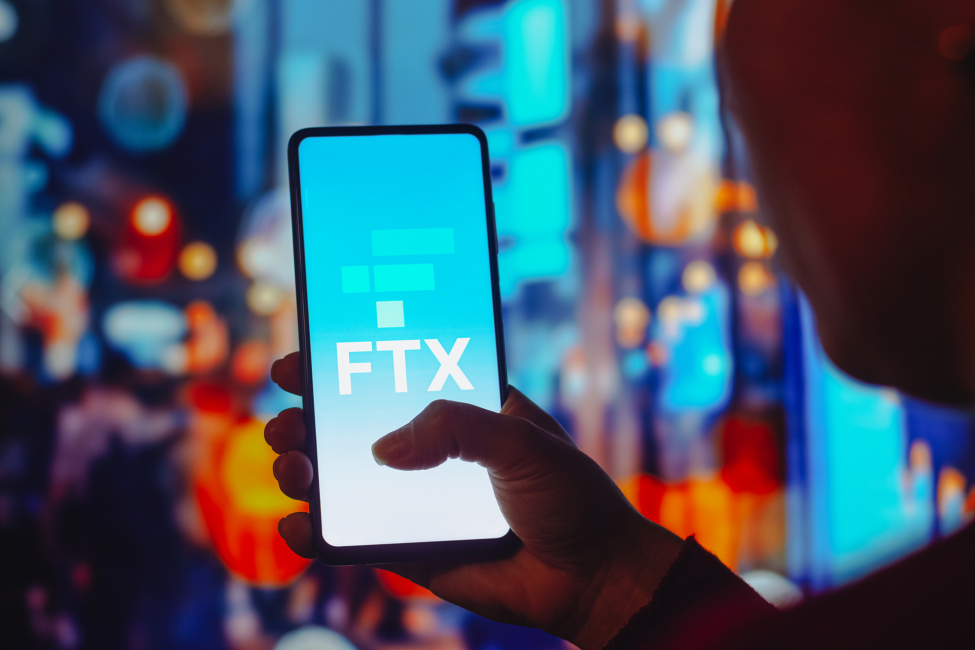 On November 11, FTX, the Bahamas-based cryptocurrency exchange, filed for US bankruptcy protection, and its founder, Sam Bankman-Fried, resigned as its chief executive—shortly after rival exchange Binance rejected a deal to acquire the now infamously beleaguered cryptocurrency exchange. The implosion has not only inflicted heavy damage on the cryptocurrency space, with bitcoin prices plummeting to two-year lows and liquidity becoming severely constrained in several of the firm’s creditors, but as news continues to emerge, the fallout has exposed a case of corporate abuse to a degree rarely observed before.

Indeed, the steep fall from grace of the once-celebrated FTX and Bankman-Fried—also known widely as SBF, a figure previously heralded as one of the cryptocurrency sector’s leading lights—has been astonishing. The exchange had seemingly achieved such phenomenal success prior to its collapse that it was beginning to transcend the crypto-space, striking promotional deals with American football star Tom Brady, supermodel Gisele Bündchen, tennis star Naomi Osaka and basketball legends Shaquille O’Neal and Stephen Curry. Executives were even discussing a potential nine-figure partnership deal with pop superstar Taylor Swift at one point.

Short for “Futures Exchange”, the Bahamas-based FTX grew to become one of the world’s leading cryptocurrency exchanges in terms of overall daily trading volumes. It was founded in May 2019 by SBF and his friend from high school, Gary Wang, who was also SBF’s roommate at the Massachusetts Institute of Technology (MIT) and later went on to work for Google. Two years earlier, SBF had founded the crypto-trading firm Alameda Research, which also grew to become a major player in crypto-trading and market-making. He later appointed Caroline Ellison—with whom he worked as a trader at Jane Street Capital and was reportedly romantically involved—as Alameda’s chief executive officer (CEO). But it was eventually revealed that FTX had lent around $10 billion from customers’ accounts to fund Alameda Research, which was prohibited by FTX’s own terms of service, and that SBF, Ellison and other FTX executives were fully aware of this malpractice.

Indeed, at the heart of the scandal lies the flagrant and scarcely believable misuse of customer funds by FTX. Billions of dollars deposited by customers into Alameda accounts to be used for trading on FTX were instead used by Alameda to make risky bets. And with recent bankruptcy filings showing that Alameda was secretly exempt from FTX’s liquidation process for awry trades, it could incur substantially more risk than other exchange-trading participants. But those risky bets turned into massive losses when cryptocurrency prices plummeted across the board in early 2022. This crash prompted FTX to use customer funds to cover Alameda’s losses, eventually leading to the exchange’s collapse.

SBF’s fellow crypto-industry figureheads ultimately played the crucial role in exposing FTX’s fragility after popular cryptocurrency publication CoinDesk published an article on November 2 disclosing that Alameda had substantial holdings of FTX’s exchange token, FTT, worth billions of dollars. This showed the extent to which FTX was intertwined with Alameda. And although Changpeng Zhao (more commonly known as CZ), the founder of the world’s biggest crypto-exchange Binance, was initially a strong supporter of FTX, those revelations prompted Binance to announce that it would offload its $500-million FTT holdings for “risk management” reasons. The sell-off triggered a massive FTT market-price collapse and prompted a spike in customer withdrawals from FTX, forcing the exchange to freeze all withdrawals amidst the liquidity shock. And although FTX had also managed to reach a preliminary agreement to be acquired by Binance, CZ rejected the deal on the grounds that FTX’s problems were “beyond our control or ability to help”.

Estimates suggest that FTX amassed a hefty $16 billion in customer assets, with Alameda’s requirements accounting for around half of those funds. In investor meetings, SBF confirmed that Alameda owed FTX around $10 billion, and on November 9, he asked investors for up to $8 billion to cover the immediate funding shortfall. Alameda also took loans from other firms and owes around $1.5 billion to those firms. And it spent billions to invest in other start-ups, often using FTT as collateral to borrow funds.

SBF has distanced himself from Alameda, however, explaining that he had stepped back from running the firm and had little insight into its workings, despite owning 90 percent of it. “They were wired to Alameda, and…I can only speculate about what happened after that,” he told the Wall Street Journal (WSJ) in early December. “Dollars are fungible with each other. And so it’s not like there’s this $1 bill over here that you can trace through from start to finish. What you get is more just omnibus, you know, pots of assets of various forms.” And speaking at the New York Times DealBook Summit, SBF denied knowingly mixing customer funds with his crypto-trading operation. “I didn’t know exactly what was going on,” he said via a live stream from the Bahamas. “I learned a lot of these things as they were going on.”

SBF’s comments suggest that potential double-counting could have occurred, whereby FTX customer funds deposited in Alameda bank accounts could have been recorded on the balance sheet as both customer funds and Alameda’s trading positions. This would have resulted in non-existent assets being recorded. SBF has denied that double-counting affected FTX’s financial position, although he has also admitted that Alameda’s liabilities may not have been fully recorded. “There are lots of ways that one could have done this in a responsible way,” he added in his WSJ interview. “Clearly, what we did was not one of them.”

On the surface, this collapse could just be categorised as another in a long line of failures of centralised exchanges that the cryptocurrency world has suffered over the years. But the distinct lack of internal controls, as well as greed, incompetence and widespread criminal activity, have once again combined to produce a cautionary tale of gross corporate malfeasance that places the FTX scandal more in line with the likes of Enron and WorldCom.

Indeed, John J. Ray III, who led the restructuring of Enron following its notorious collapse just over 20 years ago, has been appointed the CEO of FTX to work through FTX’s liquidation. Already, Ray has been excoriating in his assessment of the situation. “The concentration of control in the hands of a very small group of inexperienced, unsophisticated and potentially compromised individuals” was unprecedented, Ray acknowledged in a filing with the United States Bankruptcy Court for the District of Delaware, adding that a “substantial portion” of assets held by FTX may be “missing or stolen” after reports emerged that hundreds of millions of dollars’ worth of cryptocurrency have disappeared.

Ray confirmed that “in his 40 years of legal and restructuring experience”, he had never observed “such a complete failure of corporate controls and such a complete absence of trustworthy financial information as occurred here”. Among the more shocking examples of malpractice were the purchases of homes for employees using corporate funds. FTX is believed to have spent around $300 billion on property in the Bahamas as “vacation homes for staff members”. The payment requests were approved simply using emojis; the messages that SBF sent were programmed to automatically delete after a set time period. SBF also encouraged other employees to do the same, using software to conceal the misuse of customer funds. FTX’s management practices also included employing an unsecured group email account as the root user to access confidential private keys and critically sensitive data for FTX Group companies around the world, Ray added, as well as the absence of daily reconciliations of positions on the blockchain.

As such, part of Ray’s mandate has been to implement basic controls within the company that were previously absent, including “accounting, audit, cash management, cybersecurity, human resources, risk management, data protection and other systems that did not exist, or did not exist to an appropriate degree, prior to my appointment”. Ray also acknowledged that he did “not have confidence” in the integrity of FTX’s and Alameda’s balance sheets, as they were “unaudited and produced while the Debtors [FTX] were controlled by Mr. Bankman-Fried”.

As such, Ray has pledged to work with regulators to investigate SBF, who was eventually arrested by the Royal Bahamas police force on December 13 at his lavish residence in the tax haven island nation having been charged with fraud, conspiracy to commit money laundering and conspiracy to defraud the US and violate campaign finance laws. This may open another can of worms, especially given the connections SBF had seemingly made within the political arena. Before the US midterm elections, certain members of the FTX team were among the largest donors to US political parties, contributing more than $70 million to election campaigns in the space of roughly 18 months, possibly to influence cryptocurrency regulations. According to the think tank Center for Responsive Politics, Bankman-Fried himself handed over a whopping $40 million to politicians and political-action committees that were largely Democratic and liberal-leaning, while another leading FTX executive, Ryan Salame, donated more than $23 million to Republicans and conservative groups.

The episode also puts the venture capital (VC) industry and the due-diligence process—or lack thereof—being carried out by some of the world’s biggest investors before they commit to backing new ventures under the microscope. Other than Binance, these investors supported the company to the tune of around $2 billion, including such industry stalwarts as Sequoia Capital (which provided approximately $150 million), Tiger Global ($38 million), Temasek ($275 million), SoftBank ($100 million) and BlackRock ($24 million). Even the Ontario Teachers’ Pension Plan invested around $95 million in FTX. Still, Sequoia maintains that it conducted a “rigorous diligence process” for FTX. “We are in the business of taking risk,” the firm added in a note to investors, while pointing out that its exposure was relatively small.

FTX is reportedly cooperating with the investigations by regulators and law enforcement and is highly likely to be required to attend further meetings with prosecutors. But with its overall structure inexplicably including some 130 companies, it is clear that investigators will require months, if not years, for all the illicit activity to rise to the surface. Nonetheless, as the details of what is seemingly among the cryptocurrency industry’s biggest scandals continue to be unfurled, one can reasonably expect many more astounding events to be revealed as part of this sorry tale.