Top Posts
Challenges Remain, But There Are Opportunities to Be Had in...
Interview with Mr. Olukayode Pitan, Chief Executive Officer and Managing...
Commodities Outlook for 2023
The Value of Cash in a Time of Crisis: How...
The US-Africa Leaders Summit: Fostering a Closer Relationship with the...
Three Key Sectors in Which to Invest in 2023
Home Brokerage GameStop: One Year Since Retail Investors Took on Wall Street
Brokerage

GameStop: One Year Since Retail Investors Took on Wall Street 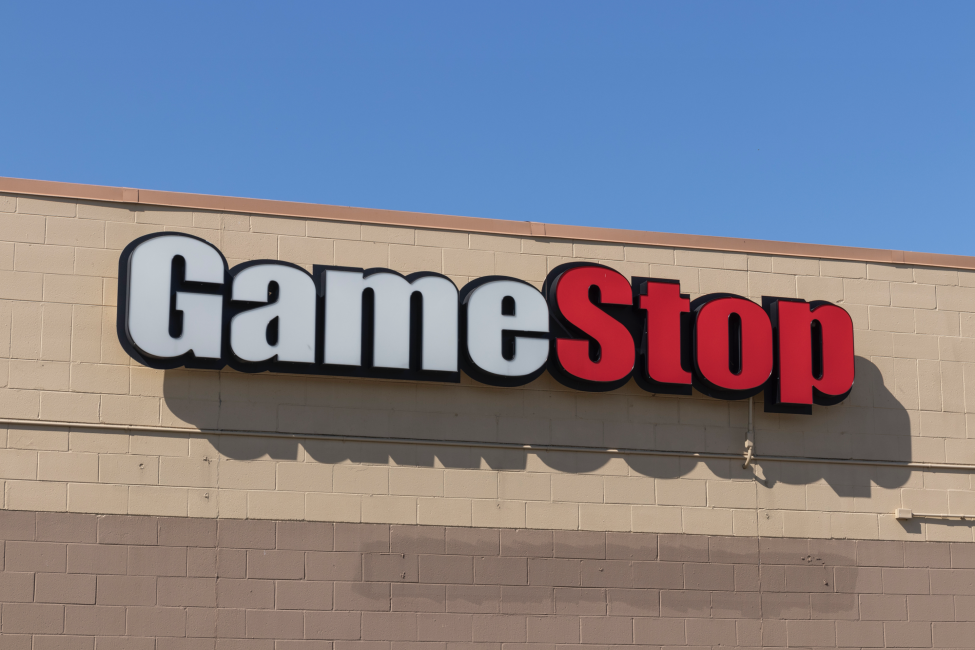 It’s just over a year since the financial world was deeply shaken after the online retail-trading community—mostly concentrated within Reddit forums such as r/wallstreetbets (WSB)—decided to take on Wall Street over GameStop and other meme stocks, such as AMC. In doing so, a veritable army of small traders sent the price of the struggling video-game and consumer-electronics company into the stratosphere before it crashed back down to earth a few days later and inflicted a hugely painful squeeze on short-selling hedge funds in the process.

To briefly recap what happened on those few action-packed days in late January 2021, much of Wall Street regarded GameStop as an ailing company with an outdated brick-and-mortar business model that was on the road to failure. Indeed, its stock price was on a long-term downward trajectory, from just under $50 per share at the start of 2014 to $3 about six years later. But smaller retail traders who had discussed GameStop’s prospects in Reddit forums thought otherwise, and, by the end of 2020, their bullishness had helped push the stock back up to around $20.

But in the eyes of hedge funds, this recovery made GameStop overvalued. As such, many big fund managers decided to short sell the stock—that is, they borrowed the stock to sell it on the market in anticipation that its price would fall significantly, at which point they would buy back the stock, return it to the lender and lock in a sizeable profit. Having borrowed and sold the stock, however, r/wallstreetbets traders decided to buy GameStop stock in increasing numbers to drive up its price. Indeed, the start of 2021 saw around 10,000 individual accounts trading GameStop per day; by the end of January, that figure had shot up to a whopping 900,000. This intense buying activity inflicted a “short squeeze” on the hedge funds such that they had to buy back the stock at significantly higher prices, incurring billions of dollars of losses in the process.

The first three weeks of January saw GameStop’s share price double to almost $40 per share on the back of this buying by retail traders. By the 25th, it had soared to $76, and by the morning of the 28th, it was trading at a staggering $483, its all-time high. Meanwhile, the losses quickly mounted for hedge funds, with some figures at the time showing that on the 29th, short-sellers were in the hole for nearly $20 billion on their mark-to-market (MTM) positions in GameStop, while $36 billion of value was wiped off.

So, what have we learnt from those breathless few days, if anything? Well, for one, the term meme stock has certainly made its way into common parlance, as has meme coins in the cryptocurrency world, such as Dogecoin. Whether such stocks will ever have quite as much of an impact on markets as they did a year ago is questionable, however. “Now it seems that meme stocks are becoming a thing of the past,” Craig Birk, chief investment officer at Personal Capital Advisors, recently told CNBC. “The speculative frenzy, and just betting on stocks with nothing more than the hope that they’re going to keep going up, has faded away.”

As for GameStop itself, it has certainly been an eventful year, although, in terms of its share price, the last few months haven’t exactly been the kindest.

Up until very recently, GameStop ranked within the S&P 1500 Index’s 100 worst performers over the course of the preceding 12 months. A number of high-profile staff, including its former CEO George Sherman, have exited the company since the meme-stock craze, profiting handsomely on their way out the door. Indeed, one analysis put the amount they took in personal windfalls generated from its stock price’s notable few days at $290 million—more than the company’s entire worth prior to last year’s events. In Sherman’s place came former Amazon executive Matt Furlong in June.

There were huge winners and even bigger losers from the price volatility of those few exciting days in late January 2021, with those who cashed out in time enjoying significant gains. What was especially intriguing about the event was just how much it imbued several inexperienced traders with a false sense of mastery in trading and financial markets. “I thought I could make a lot more money by continuing to trade. A few YouTube videos and Reddit forums convinced me that I was a professional,” recalled Thomas Zheng, who initially pocketed around $60,000 in profit as GameStop surged and quit his part-time job to devote more time to day trading. But things didn’t go as well as Zheng had planned. “I had $60,000 burning a hole in my brokerage account and the adrenaline of an 18-year-old at [a] high school prom. I spent the better part of the next year turning that $60,000 into nothing,” he was quoted as saying by Fidelity Investments on the fund-management giant’s website.

And to mark the first anniversary of their much-fabled battle with Wall Street, some of GameStop’s cult following tried to recreate the events of that week. On January 21, 2022, the army of traders lifted the company’s stock once more, sending it 5 percent higher after the trading day’s first hour. But as is too often the case, the sequel did not live up to the original, and a broader market selloff culminated in GameStop shedding 3.7 percent across the day.

Reddit, meanwhile, has seen its valuation swell from around $3 billion in 2019 to $10 billion in August, with the meme-stock trading craze key among the factors raising its profile, as its forum has provided a home for millions of retail traders. And having filed the requisite paperwork for an initial public offering (IPO), Reddit is now aiming for a valuation of more than $15 billion. “Reddit has been looking to build on the attention it gained when at the start of the year its WallStreetBets forum became a hot spot for the individual investors who rallied around GameStop and other stocks,” The Wall Street Journal noted in December. “The episode brought in millions of new users, Reddit Chief Executive Steve Huffman said in its wake, as well as new advertisers, the source of the bulk of the company’s revenue.”

And what about the trading app Robinhood, which notoriously restricted the purchasing of GameStop shares via its platform when its stock price was still at historically elevated levels? That decision firmly called into question the business model of a trading service that marketed itself as being on the side of the small retail investor and promoted the democratisation of finance and investing but was, in reality, protecting the interests of Wall Street. Robinhood faced a plethora of lawsuits from its users soon afterwards. Its chief executive officer, Vladimir Tenev, appeared before the United States Congress during the ensuing weeks to explain his company’s actions, arguing that the price action that GameStop had undergone was a “1 in 3.5 million” event that was impossible to model.

And while Robinhood’s stock continued to surge in the following weeks, it was not the best year for the brokerage service. Its stock price has taken a significant beating, declining from above $70 per share in early August to around $13 by mid-February. It also posted a massive $423 million net loss for the fourth quarter ending December 31. And Tenev and his fellow Robinhood founder, Baiju (Prafulkumar) Bhatt, have fallen down the ranks of the world’s billionaires, according to data tracked by the Bloomberg Billionaires Index.

It has, however, strengthened its capital reserves to $2.8 billion, more than 20 times the threshold level required by regulators; added more phone-assistance capacity and support staff; and promised to add new product and service lines, such as tax-advantaged retirement accounts. “They say they’re working on it, but it’s not clear how soon it’s coming,” according to Julie Chariell, an analyst at Bloomberg Intelligence. “To grow, they need to start adding more products that are not so dependent on day-trading.”

But looking at the ultimate winners and losers of the GameStop and meme-stock mania, it seems clear that the David-versus-Goliath narrative initially run by media outlets failed to hold in the long run. Some hedge funds did lose out massively—with Melvin Capital Management perhaps most notably losing almost $7 billion that month. “We were in a terrible position. Stared death in the face,” the fund’s founder and chief investment officer, Gabe Plotkin, told employees at the time. “But we’ve made it through.”

Nonetheless, it would seem that even in such exceptional circumstances, the old adage of “the house always wins” held true. For instance, Bill Gross, former “bond king” and fund manager at leading investment-management firm Pacific Investment Management Company (PIMCO), sold stock options at the time when Reddit traders were buying up the stock. And although at one point he was down $10 million, Gross eventually emerged from the episode with a $10-million gain, as GameStop shares plummeted. “It felt good,” Gross told The Wall Street Journal. “It was an experience. It’s like the first time you drove your car, or the first time you went down the ski slope.”

A recent Wall Street Journal article also recounted how a number of major firms profited from the mania, including New York hedge fund Senvest Management, which first invested in GameStop in early 2020 and bought 5 percent of the company’s shares during September and October, before cashing out at the appropriate moment to reap profits of $700 million; mutual-fund giant Fidelity Investments—GameStop’s biggest shareholder with a 13-percent stake—which sold virtually its entire holding in January 2021; and even leading investment bank Morgan Stanley, which operated as the broker for millions of small Reddit traders through its ownership of E*TRADE and doubled its net profit in first-quarter 2021 to $4.1 billion. “More clients, more engagement, more activity, more cash,” Jonathan Pruzan, Morgan Stanley’s executive vice president and chief financial officer, stated in February 2021, adding that the number of trades made by E*TRADE clients was “off the charts”. Even Goldman Sachs capitalised on the situation, earning $6.8 billion in the same quarter for its highest return on equity (ROE) in 12 years.

But for GameStop itself, it would seem its moment in the sun has been and gone. Its outlook for 2022 is not exactly sizzling, with the company’s business model continuing to show similar signs of antiquation—recent rumours of an NFT (non-fungible token) game partnership with Microsoft and subsequent modest stock-price appreciation notwithstanding. “GameStop’s prospects aren’t great. It sports a middling 9 IBD Composite Rating. That means its chart and fundamentals only underperform 91% of all companies. And the company is seen losing money in fiscal 2022, ended in January 2022,” US financial publication Investor’s Business Daily asserted on January 26. “Specifically, this whole fiscal year, analysts think it will lose more than $122 million or $1.69 a share. GameStop sells video games in its primarily mall-based stores. Gamers are increasingly downloading their games online.”

Key Areas That Will Transform Financial Services in 2022

It’s Time to Acknowledge the Threat Lurking in the Corner