Top Posts
Germany on the Brink of Recession as Russia Prolongs Gas-Supply...
Is It Time to Return to Bond Funds Again?
Ecuador Protests Pitted Lasso Government against Indigenous Peoples amid Soaring...
Tesla Job Cuts Reflect Precarious Health of Global Economy
Artificial Intelligence is the Future of the Banking Industry —...
Why Taiwan is Pivotal in Ongoing Global Geopolitical Tussles
Home Brokerage GameStop: What Happened, and What It Means
Brokerage

GameStop: What Happened, and What It Means 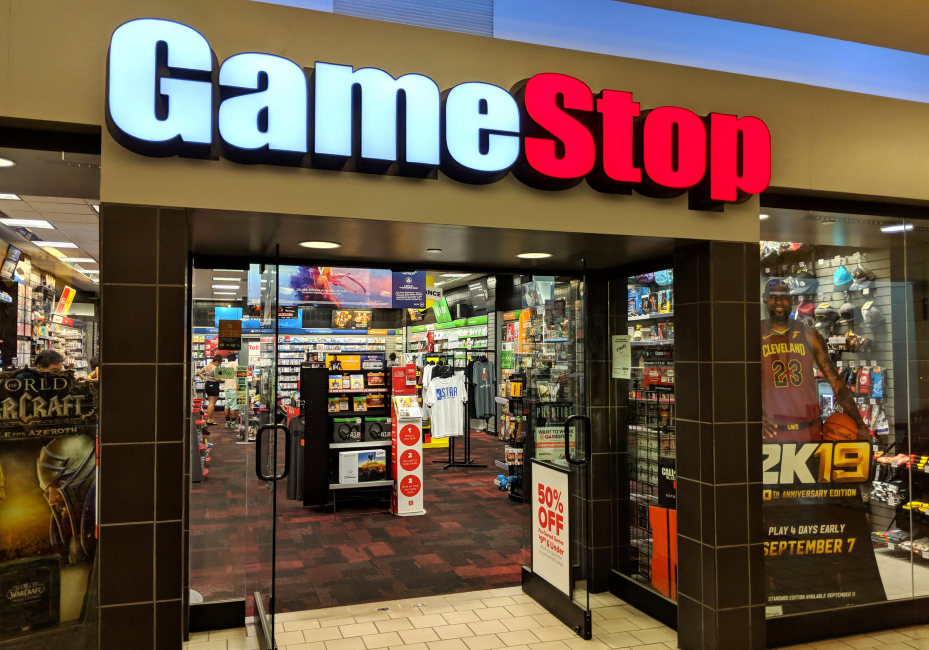 Unless you’ve been completely cut off from the outside world, there’s a good chance you’ve heard the word GameStop circulating around social media and in news headlines over the last couple of months. And along with GameStop, it’s also likely that the words and phrases Reddit, WallStreetBets and the stock market have graced your screens almost as frequently. Indeed, even today, despite this story first making the rounds in late January, what is likely to be one of the biggest financial news stories of the year remains firmly wedged in the public’s consciousness. But why exactly is that the case?

GameStop is an American brick-and-mortar retailer that specialises in video games, consumer electronics and gaming merchandise. It was widely deemed a company in declining health—indeed, its mere existence as a physical shop was viewed on Wall Street as being decidedly outdated, and its business model was hurtling towards failure. This bearish view was only further reinforced by GameStop’s share price, which had been on a long-term downtrend—from just below $50 at the start of 2014 to a mere $3 about a year ago.

But was GameStop, in fact, a failing company? According to some internet traders, absolutely not. The group WallStreetBets, which has a thriving membership on the popular social-media discussion forum site Reddit, was especially buoyant about GameStop’s fortunes, which helped push its share price higher during the final quarter of 2020. By the end of the year, the company’s stock was trading at almost $20. This recovery attracted the attention of Wall Street, including the eyes of many sizeable hedge funds. Their analysis, however, deemed GameStop to be overvalued, and they began shorting its stock; in other words, they borrowed the stock in order to sell it with the view that its price would fall, at which point they would buy the stock and lock in healthy profits.

Upon noticing this shorting activity, a significant number of WallStreetBets members hatched a plan to buy and hold GameStop stock as a way to drive the stock price higher and trigger what is known as a short squeeze, whereby the stock borrowed by the hedge funds would have to be bought by them at much higher prices, thus inflicting enormous losses on them. At this point, the frenzy was only beginning—by January 20, GameStop’s price had risen to almost $40 per share—a doubling of its price in only three weeks. Five days later, it had surged to $76. And on the morning of the 28th, it skyrocketed to a staggering peak of $483.

For those short-selling hedge funds, the losses mounted up. On the 29th, data from fintech company S3 Partners showed that short-selling hedge funds had suffered a year-to-date market-to-market loss in GameStop of $19.75 billion. In the week following GameStop’s reaching its peak share price, around $36 billion of value was wiped off of its value, as well as that of four other “meme” stocks that were being traded in a similar fashion. And by March 9, those who had bet against GameStop were facing a total of $11 billion in year-to-date losses. As such, the overriding narrative that has since emerged has not been entirely dissimilar to “David Beats Goliath”. A forum full of internet dwellers took on the behemoths of Wall Street—and won.

Or did they? What goes up must come down, as the old saying goes. And the same was true for GameStop. Over the following week, the stock plummeted, trading at a little over $50 per share just a week after reaching that all-time stratospheric high. Part of the speedy decline can be attributed to the unsustainable bullish sentiment that was being pumped out by the likes of WallStreetBets, urging fellow members to “hold strong” and send the stock “to the moon”, all while many were selling their positions behind closed doors.

The decision by the popular trading app Robinhood to restrict the purchase of GameStop shares through its platform on the 28th—when the stock price was still considerably elevated—also contributed heavily to the price’s sharp reversal. A brokerage that marketed itself as being accessible to small retail investors and promoting the democratisation of finance and investing was all of a sudden suspending its service to those very investors at the most crucial time. Naturally, this led to widespread accusations that it was protecting the wealthy billionaire hedge-funds managers—the Goliaths—at the expense of the Davids.

Appearing before the U.S. Congress to explain Robinhood’s unusual actions, its chief executive officer, Vlad Tenev, cited the rare and pronounced volatility that GameStop stock had experienced as a “1 in 3.5 million” event that was impossible to model. “In the context of tens of thousands of days in the history of US stock market, a 1 in 3.5 million event is basically unmodelable,” Tenev said. In stark contrast, however, Reddit’s CEO, Steve Huffman, defied pressures to close down the WallStreetBets group. “We faced that literal question: ‘is there pressure, or should you do something?’” Huffman told the BBC. “But our motivation…was actually the opposite—to keep wallstreetbets online…we were making sure that the community didn’t break, because a lot of people were coming to Reddit for that experience.”

Have we seen anything like this before? The history of financial markets has been littered with examples of painful short squeezes. In October 2008, for example, Volkswagen saw its Frankfurt-listed shares increase more than fourfold over the space of just two days before more than halving its value over the next four days and ultimately ending up 70 percent down from its peak just a month later. But what has been particularly noteworthy about the GameStop episode—and certainly in contrast to the Volkswagen short squeeze—is that the stock surge was mostly driven by many small traders rather than a few big ones. The fact that its stock price, despite crashing back down to earth around a week after hitting its peak, has once again surged over $200 in recent days also suggests that the stock’s wild rollercoaster ride is not quite over just yet.

“I believed the company was dramatically undervalued by the market. The prevailing analysis about GameStop’s impending doom was simply wrong,” one of Reddit’s most influential traders, Keith Gill, more popularly known as Roaring Kitty, declared when he appeared before Congress following the initial turbulence. The fact the GameStop’s share price remains elevated following news that it made structural changes to successfully transition away from a brick-and-mortar business to an online model would suggest his view is far from being extreme.

It also seems to represent a shift in market behaviour, whereby the price of a stock does not necessarily reflect its underlying value. Or rather, it is yet another example of an ongoing decoupling of a company’s share price from its fundamentals, one that had already begun in earnest with the rise of passive-investment instruments, such as exchange-traded funds (ETFs). When buying into an ETF, an investor effectively gains exposure to all of the company constituents of that ETF, irrespective of their individual prices. And when selling, the investor similarly sells all the constituents at the same time. As such, there has been a growing trend within sections of financial markets through which price sensitivity to individual companies has taken a nosedive—the GameStop incident only further reinforces that insensitivity.

Will this be the last time we witness such an event unfold? Unlikely, according to Wellington Management’s Owen Lamont. The market researcher told the Exchanges at Goldman Sachs podcast that he expects more short squeezes in the future, particularly in illiquid assets and less covered corners of the market. “It seems to me that we’re in a market where prices are moving a lot. It’s probably not that horrible if a couple [of] stocks every now and then go crazy. But I’m more concerned about the whole system being fragile,” he said.

But it has led to serious questions being asked about the way the financial system works. Are financial markets rigged against the smaller players? Have we learned anything since the 2008 global financial crisis? What are the implications of colluding in online forums to influence the prices of assets? Unfortunately, it does not seem likely that we will receive pertinent answers to such questions any time soon.

Europe’s Banks Need Cloud that is Compliant by Design