Top Posts
Challenges Remain, But There Are Opportunities to Be Had in...
Interview with Mr. Olukayode Pitan, Chief Executive Officer and Managing...
Commodities Outlook for 2023
The Value of Cash in a Time of Crisis: How...
The US-Africa Leaders Summit: Fostering a Closer Relationship with the...
Three Key Sectors in Which to Invest in 2023
Home Brokerage Global Airline Industry’s Forecasts Brighten as Passenger Travel Numbers Soar
Brokerage 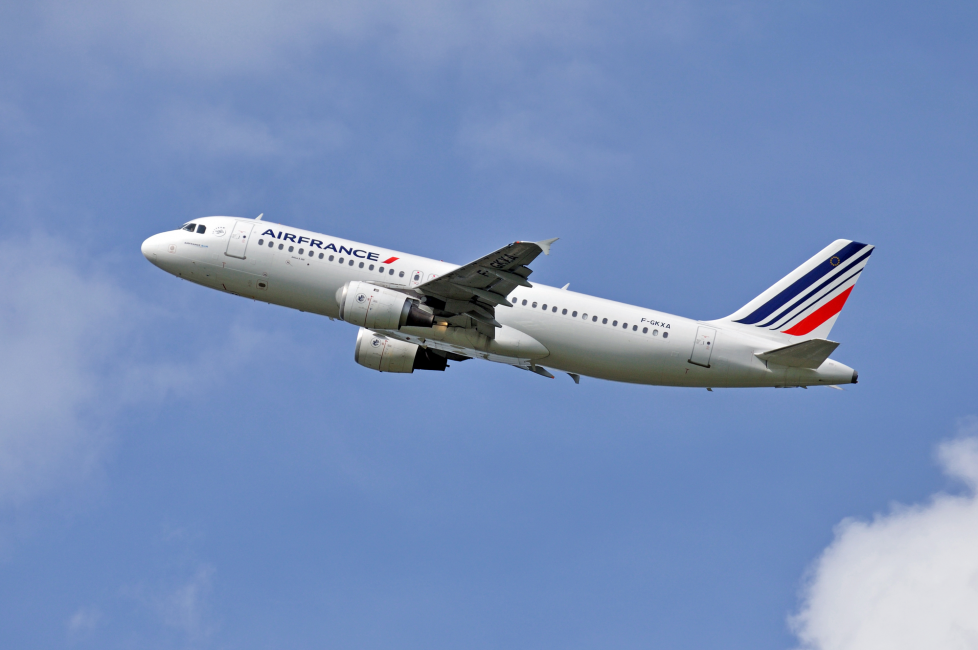 In late July, Air France-KLM reported its earnings for the second quarter, showing that the Franco-Dutch airline company had returned to profit for the first time since 2019 and had comfortably beat analysts’ estimates. The results are just part of a robust recovery demonstrated by the global airline industry as it seeks to return to pre-pandemic levels of health once again.

As COVID restrictions continue to be relaxed across most of the world, and as tourism activity picks up, assessments of the global airline industry’s prospects over the coming months are becoming more upbeat. Indeed, after a tough couple of years, profitability could return to above-zero as early as next year, as revenues keep rising. “Air France-KLM continues to impress,” Bernstein analyst Alex Irving recently told clients, adding that the airline seems “to have pulled off a startling transformation” as demand soared during the second quarter amid a summer travel boom.

Indeed, Air France-KLM’s announcement, which revealed second-quarter core and net profits of €386 million and €324 million, respectively, followed similarly positive news from Lufthansa. The German flag carrier also announced on July 15 that profitability had returned in the second quarter and that revenue had more than doubled from a year earlier—€8.5 billion versus €3.2 billion for the same period last year. “The Group benefited from a continuously strong performance at Lufthansa Cargo,” the airline stated.

Such encouraging figures are now prompting industry analysts to upgrade their outlooks for airlines over the next few years. According to the latest figures from the International Air Transport Association (IATA) trade group released on June 20, the airline industry’s revenues will reach $782 billion this year, which, if achieved, would be a mighty 54.5 percent higher than last year and 93.3 percent of the revenues recorded in 2019 before the outbreak of the pandemic. Operating flights, meanwhile, are expected to total 33.8 million this year, which would be 86.9 percent of 2019 levels.

This latest forecast also pegs industry losses at $9.7 billion, an improvement from the IATA’s previous projection in October 2021 of an $11.6-billion loss and a major upgrade from the $137.7 billion in losses the industry realised in 2020 and $42.1 billion in 2021. As such, profitability is expected to return in 2023, with North America leading the way with an estimated $8.8-billion profit in 2022. The IATA also reported that it expects passenger revenues to account for $498 billion of industry revenues, which is more than twice the $239 billion generated in 2021, while scheduled passenger numbers are predicted to hit 3.8 billion. Cargo revenues, meanwhile, are expected to account for $191 billion of industry revenues, which would be marginally lower than last year’s $204 billion but almost double the $100 billion generated in 2019. But this year, the industry is on track to carry a record high of more than 68 million tonnes of cargo.

“Airlines are resilient. People are flying in ever greater numbers. And cargo is performing well against a backdrop of growing economic uncertainty,” Willie Walsh, the IATA’s director general, said. “Losses will be cut to $9.7 billion this year, and profitability is on the horizon for 2023. It is a time for optimism, even if there are still challenges on costs, particularly fuel, and some lingering restrictions in a few key markets.”  Walsh noted that in defiance of gloomy predictions of wholesale bankruptcies and collapses, the industry is emerging “leaner, tougher, and nimble”, aided by racking up a long run of profits in the run-up to the pandemic. That said, he also acknowledged that repairing balance sheets carrying debts of $650 billion remains a “monumental” challenge.

“The reduction in losses is the result of hard work to keep costs under control as the industry ramps up. The improvement in the financial outlook comes from holding costs to a 44-percent increase, while revenues increased 55 percent,” Walsh added. “As the industry returns to more normal levels of production and with high fuel costs likely to stay for a while, profitability will depend on continued cost control. And that encompasses the value chain. Our suppliers, including airports and air navigation service providers, need to be as focused on controlling costs as their customers to support the industry’s recovery.”

Over the long term, moreover, the outlook remains decidedly rosy. The IATA expects global passenger travel to return to 2019 levels of activity in 2024 and expand substantially over the next two decades. “Between 2019 and 2040, we forecast that air passenger numbers will increase at an average annual rate of 3.3 percent, rising to 7.8 billion passenger journeys per year at the end of our forecast horizon,” the June report projected. “Notwithstanding the relatively slow pace of recovery to date, we anticipate Asia / Pacific will be the fastest growing region over the next two decades. Buoyed by favorable income growth and demographic factors, Asia / Pacific is expected to add around 2.5 billion additional passenger journeys per year by 2040, at an average annual rate of 4.5 percent.”

That said, pertinent downside risks continue to threaten the global airline industry’s ongoing recovery in the immediate future. The IATA highlights four of the most persistent risks:

Nonetheless, the forecast until at least the end of 2023 remains firmly on the upside. “Travel will rebound strongly in 2022,” ING declared in late April. “Consumers are eager to travel, and shorthaul continental traffic will benefit from pent-up leisure demand. The closure of airspaces is a new blow for aviation, and Covid is a headwind for China, meaning the return to profitability may be pushed back, though the recovery is expected to continue.”

It should also be noted that the airline industry won’t simply return to the same business models that were prevalent prior to the pandemic. On the contrary, the last few years have ushered in dramatic changes for airline companies as they continue to adjust to a “new normal” in air travel. Indeed, ING also noted that air networks might emerge smaller than expected, and volumes could be more volatile. With a likely reduction in business passengers, moreover, there could well be more demand for smaller, single-aisle aircraft that are more flexible and easier to fill.

And with technology now playing a more crucial role on the ground in our daily lives since the onset of the pandemic, it will also be pivotal up in the skies as airlines continue to negotiate shifting trends in tourism. Artificial intelligence (AI), for instance, is among the technologies being utilized to transform much of the industry’s most important operations towards automation. According to Data Bridge Market Research’s recent “Global Artificial Intelligence in Aviation Market” report, aviation ground operations, such as air traffic control and real-time support systems, will be notable recipients of AI solutions that will help improve predictive maintenance and air-traffic control operations.

“Artificial intelligence in aviation comprises the integration of services and systems such as automated baggage check-in, facial recognition, customer service, and aircraft fuel optimization, among others,” the report noted. “When it comes to artificial intelligence in the aviation industry, these functions are used to reduce employee labor intensity and assure the effective and smooth operation of particular procedures. Certain aspects of the aviation industry have been automated, allowing for more effective handling of general systems and improved customer satisfaction.”

How to Move from Digital Platform-Building to Digital Adoption: A Corporate Banking View