The Growth in Lithium Mining Investment 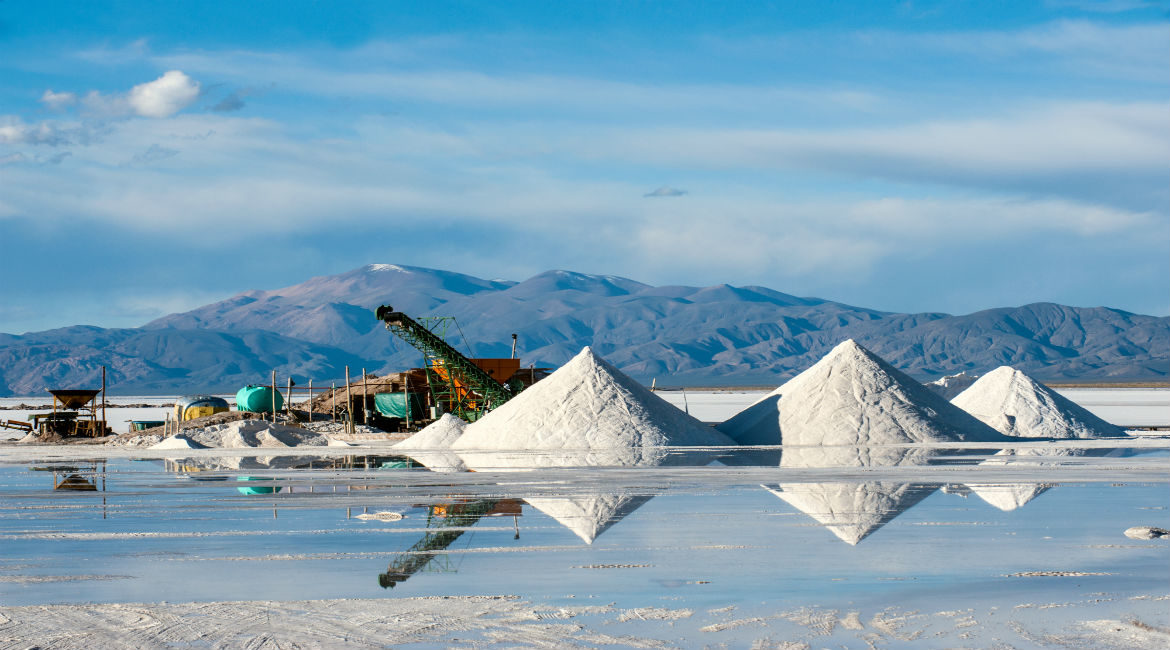 On February 18, the share price of the mining company Lithium X Energy Corp spiked by more than 1200 percent following news that it had acquired lithium property in the Clayton Valley of Nevada, one of the world’s lithium hotspots and the only major lithium-rich area in the US. Lithium X’s stock price consistently climbed through March, before gains were pared in late April. Nevertheless, the first four months of 2016 saw its stock price climb by nearly 350 percent. Lithium X is just one of several mining companies around the world that are benefitting from their forays into the lithium space. In comparison to other sectors in commodity mining—most of which have been languishing in recent times—lithium mining has experienced unprecedented growth that has transpired as a result of higher expectations for the metal’s utility.

Demand for lithium is expected to soar in the coming months and years, principally underpinned by the rise in the popularity of electric vehicles. Goldman Sachs has called lithium “the new gasoline”—the oil derivative has been the primary source of energy for transportation for a long time, but now thanks to growth in the electric-vehicle market, demand for lithium-ion batteries, which power such vehicles, is set to follow suit. According to Goldman’s estimates, a one-percent increase in battery electric-vehicle penetration would increase lithium demand by 70,000 metric ton of LCE (lithium carbonate equivalent) per year, or equivalent to roughly half of current global demand levels. The bank estimates that demand for lithium’s use in electric vehicles could grow 11-fold to more than 300,000 tonnes by 2025. Given that hybrid and electric-car batteries contain 40 to 80 kilograms of lithium, the opportunity for market growth of the silver-white metal is highly probable.

One of the main drivers of this increased market optimism over lithium’s prospects is Tesla Motors, the US electric-vehicle manufacturer headed by Elon Musk, which recently finalised plans for its Model 3 electric-car launch in 2017. Tesla confirmed that it is on track to deliver 80,000 to 90,000 electric vehicles this year, but Musk aims to produce 500,000 electric vehicles by 2018, a projection that was recently brought forward by two years from the originally planned 2020 date. Given that a total of 325,000 Model 3 orders were placed in the week following the car’s announcement, along with a $1,000-per-car payment for the queuing privilege, Musk’s projections do seem achievable at this stage.

“In order to produce a half-million cars per year, we would basically need to absorb the entire world’s lithium-ion production,” Musk has stated. The company has been constructing its own Gigafactory that will focus on producing lithium batteries to meet the demand for its electric vehicles, which in turn will require a considerable supply of lithium. Chinese billionaire Jia Yueting is just one emerging competitor to Musk, having developed his own electric-car start-up, Faraday Future, while Apple is also hoping to have a model vehicle developed by 2019. Even Google is developing plans for a self-driving car that is likely to require lithium.

Higher demand from China is also triggering much excitement over the metal’s market potential. It was widely reported earlier in the year that the price of lithium carbonate (the largest lithium product by volume, and quoted widely as a benchmark to normalise for various lithium products) imported into China more than doubled in the two months to the end of December, to $13,000 a tonne. The country’s support for electric cars is expected to push global lithium prices higher, as it will significantly contribute to global demand outstripping supply for the next few years. China consumed approximately 20 percent of lithium produced globally in 2015, while its proportion of global consumption is only forecast to grow for the next few years. Under President Xi Jinping’s drive to upgrade China’s auto industry, a target of five million electric vehicles on China’s roads by 2020 has been set. According to market expert Joe Lowry, who also worked at FMC Lithium, “Tesla’s a big deal, no question…but China has the most growth. It is extremely worried about a shortage…and demand is at a tipping point”.

As such, demand for lithium-ion batteries is set to explode, which will require a substantially higher amount of lithium to be supplied than is currently produced. According to Credit Suisse, demand for lithium could outpace supply by 25 percent in 2020, at which point global consumption is expected to hit 380,000 tonnes of lithium carbonate equivalent or 100 percent more than the 190,000 tonnes recorded in 2014. The “Global and China Lithium Carbonate Industry Report, 2016-2020” has stated that lithium carbonate was already in short supply during last year’s final quarter, which helped prices to surge. Lithium-carbonate output increased by 12.3 percent to 202,800 tonnes in 2015, according to the report, and is forecast to grow by nearly 20 percent per year to 2018. To highlight the expected growth in market value, moreover, the report “Lithium Compounds Market by Application, by Derivatives & by Region-Global Forecasts to 2020” published by MarketsandMarkets, has projected the value of the global lithium-compounds market to reach USD 5.87 billion by 2020, exhibiting a compound annual growth rate of 13.22 percent between 2015 and 2020.

It seems to be increasingly apparent, therefore, that the lithium industry is on the verge of undergoing seismic changes. Historically the market price for the metal has been controlled by an oligopoly of four major companies—Argentina’s FMC, China’s Sichuan Tianqi, Chile’s Albermarle and SQM—indicating the lack of competition that has characterised the industry until recently. Booming demand for lithium, however, is rapidly changing the lithium space. An increasing number of junior mining companies have entered the market in order to meet this expected demand surge.

In Australia, for instance, it was recently reported that up to 35 ASX-listed companies currently have lithium exploration and development plans, of which more than a third moved into the lithium space since December 2015. The United State Geological Survey, meanwhile, has labelled Nevada’s Clayton Valley as “the best-known deposit in the world” for lithium, not necessarily based on its relative abundance compared to other regions but rather because of its high quality of deposits, as well as low cost of extraction from brine in the area. Besides Lithium X, an increasing number of mining companies have begun developing an interest in Clayton Valley, including Pure Energy Minerals (which signed an agreement with Tesla late last year to mine lithium to be supplied to the new Gigafactory), Nevada Sunrise Gold and Nevada Energy Metals—all of which have seen healthy stock-price gains in 2016.

In addition to Nevada, the world’s major lithium-producing regions are found in Bolivia, Chile, Argentina (the three countries together being known as the “lithium triangle”) and Australia. The lithium triangle holds approximately 70 percent of the world’s reserves of the metal, which has meant that in South America in particular there has been a “lithium rush” as of late, with international mining companies scrambling for a piece of the lithium pie. Moreover, automobile companies have also been trying to get a foothold in the region’s lithium industry, with Toyota, Mitsubishi and Posco having already begun production on the Chilean and Bolivian border.

In all, there is a “global scramble to secure supplies of lithium by the world’s largest battery producers, and by end-users such as carmakers”, according to The Economist. New mining entrants into the lithium space, therefore, are set to fundamentally change the industry as they aim to satisfy spiralling demand that can’t be met by the existing Big Four oligopoly, and major investors are now taking notice. Among Canada’s most notable mining-sector investors is Frank Giustra, for example, who considers lithium to be the most valuable of all commodities going forward, and one that is already in short supply. As such, Giustra has financially backed Lithium X. While it is often the case that early investor reaction to a surging market can exaggerate the market’s actual potential, there appears to be a strong case for much of the excitement already witnessed in the lithium space. Furthermore, the current oligopoly of lithium producers is likely to try and expand its own imposing influence on the market and increase output to meet rising demand, which may also make these industry incumbents an attractive investment option in the future. Either way, in comparison to the majority of other metals at present, the lithium market is undoubtedly indicating its growth potential. Going forward, therefore, it will demand an ever-increasing amount of attention from serious investors.

Why KYC Regulations, Client Onboarding and Digital Transformation Are Driving Banks to Invest in Technology

Is the production of electric cars growing so more need for” harvesting” lithium?