Top Posts
Challenges Remain, But There Are Opportunities to Be Had in...
Interview with Mr. Olukayode Pitan, Chief Executive Officer and Managing...
Commodities Outlook for 2023
The Value of Cash in a Time of Crisis: How...
The US-Africa Leaders Summit: Fostering a Closer Relationship with the...
Three Key Sectors in Which to Invest in 2023
Home Brokerage The Growth of Water-related Investment in the US
Brokerage 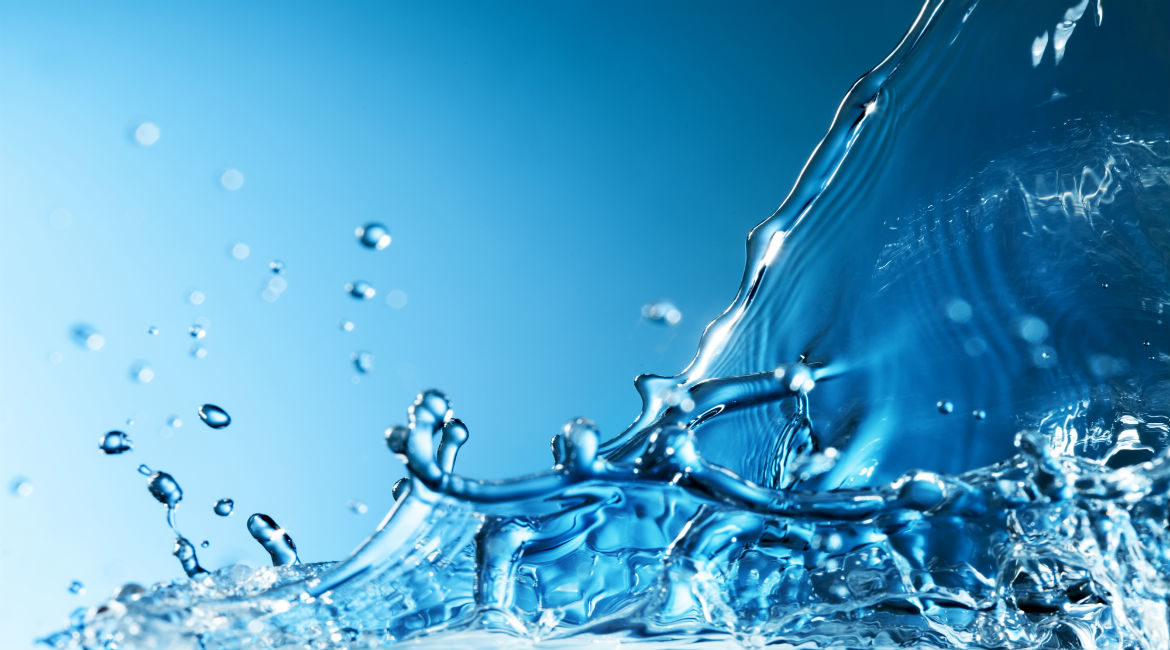 Following the April 2014 decision to change its water source from the Detroit Water and Sewerage Department—which originally came from Lake Huron and the Detroit River—to the more corrosive water of the Flint River, the badly outdated underground pipes of the US city of Flint, Michigan, began to deposit lead into the water supply. As a result, it was estimated that many people, including between 6,000 and 12,000 children, were exposed to drinking water with dangerously high levels of lead, which in turn is believed to have triggered severe health issues among many of the city’s residents. An outbreak of Legionnaires’ disease, for instance, was linked to Flint’s water problems, with 10 people in the county losing their lives and another 77 thought to be affected.

The Flint Water Crisis is just one of several serious problems in the US that have recently sprung up as a consequence of the deterioration in the country’s water-provision systems. Across the nation, water-related infrastructure is ageing badly, with many systems now nearing the end of their useful lives. A large number of communities in the US continue to be served by weakened, crumbling pipes, with approximately 20 percent of water mains being more than 50 years old, and 43 percent of them in place for between 20 and 50 years. Some cities even have cast-iron pipes still in place that date back to the 19th century. According to the American Water Works Association (AWWA), such pipes have an average lifespan of 120 years, while the piping that was laid in the 1920s has a lifespan of approximately 100 years. The ones that were installed after the Second World War, meanwhile, are likely to stop working after 75 years in operation. As such, a significant chunk of the US’s underground water pipes will need to be replaced over the next 25 years. During this time, the AWWA expects the cost of those replacements to exceed $1 trillion, excluding the costs of constructing new infrastructure or repairing treatment plants.

Every four years, the American Society of Civil Engineers (ASCE) grades the current state of various national infrastructure categories on a scale of A through F. At present, the grades given to drinking water and wastewater infrastructure are both D. Some estimates suggest that around 1.7 trillion gallons of water are wasted every year as a result of inadequate levels of pipe replacement, as well as broken and leaky pipes. As such, most experts now agree that the US’s outdated water infrastructure can’t be ignored for much longer. Out of the five most important issues faced by the US water industry, the AWWA’s State of the Water Industry (SOTWI) report for 2015 lists “renewal and replacement of water and wastewater infrastructure” at number one.

Some of the more specific damaging effects of deteriorating infrastructure are being felt all across the country. According to the Environmental Protection Agency (EPA), the US experiences about 240,000 water-main breaks, with $2.6 billion being lost from treated drinking water leaking from the system and from excessive amounts of raw sewage from decrepit sewer overflow systems being discharged into local surface waters. Having conducted its Watershed Needs Survey and Drinking Water Needs Survey, the EPA determined that more than $655 billion dollars in water infrastructure will be required during the next 20 years just to keep pace with projected investment needs. In contrast, the ASCE’s “Failure to Act: Closing the Infrastructure Investment Gap for America’s Economic Future” report estimates that between 2016 and 2025, a lower but nonetheless concerning infrastructure investment gap of $105 billion will emerge. This gap is projected to grow to $152 billion when the period is extended to 2040.

By not closing the gap during the next decade, the ASCE estimates that America’s economy is likely to suffer significantly. More than $500 billion is projected to be lost in gross domestic product (GDP) by 2025, while around half a million jobs could be in jeopardy. From the period 2026-40, those numbers rise to a staggering $3.2 trillion in GDP and nearly 1 million jobs. The lack of a reliable water supply would also severely impact several of the US’s most important manufacturing sectors, including the steel and automotive industries, as well as agriculture and energy. Research from the Water Research Foundation, in which a survey of water utilities was conducted in 30 US cities that accounted for about 25 percent of the country’s population, bringing investment levels in water infrastructure up to sufficient levels would create 289,000 permanent jobs, generate $19 billion per year in labour income, and add over $50 billion in economic output.

To compound matters, ageing infrastructure is not the only water-related problem the US currently faces. Several key regions within the country have suffered from profound water shortages over the last few years. Indeed, California is now into its sixth year of drought during which time a range of water restrictions have been imposed in the state. However, conditions are only set to get worse, according to new research published in the journal Science Advances. The study asserts that if warming temperatures and uncertain rainfall resulting from climate change are not adequately addressed, droughts lasting 35 years are likely to impact western US states by the end of the century. A mega-drought of this magnitude would, therefore, impose “unprecedented stress on the limited water resources” of the country’s southwest region, and would not be dissimilar to the conditions experienced in the dustbowl of the 1930s. The study also estimates that such a drought has a 70 percent chance of occurring should rainfall levels remain the same, and a 90 percent chance should rainfall decrease, as predicted by most climate models.

Such forecasts perhaps explain why there has been such vested buying interest in water-rich resources both in the US and across the world. An article from Market Oracle and Global Research in 2012 noted a massive rush towards such resources from some of the world’s richest individuals and institutions. Wall Street behemoths such as Goldman Sachs and JPMorgan Chase, as well as wealthy tycoons, including famed investor T. Boone Pickens and Hong Kong’s Li Ka-shing, have been reportedly buying up “thousands of acres of land with aquifers, lakes, water rights, water utilities and shares in water engineering and technology companies all over the world”. Indeed, the article also acknowledges that at the time, T. Boone Pickens owned more water rights than any other individual in America.

The reason behind such heavy buying interest is simple: water scarcity. Shortages of clean, fresh water in California and elsewhere in the US, as well as in many other major regions of the world, during the coming years is set to ramp up prices for this increasingly scarce commodity. According to the United Nations, moreover, global freshwater usage has been increasing at more than double the rate of population growth. The investment that is required to ensure supplies are accessible to those who need it most, therefore, will not just be to update water infrastructure, as is the case in the US, but to provide entirely new systems in many countries.

Despite substantial federal, state and local expenditures, infrastructure investment has fallen short. Nevertheless, major efforts are now being made to address this crisis. On September 15, the US Senate passed a landmark item of legislation that addressed many of the systems’ current shortfalls. The Water Resources Development Act (WRDA) of 2016 covers several pressing issues related to water security, lead contamination, sewer-overflow control and drinking-water conservation. It authorises several important US Army Corps of Engineers projects that encourage investment in navigation, flood management and ecosystem restoration; it provides much-needed investment to assist in the reduction of public health risks posed by lead; and it promotes financing programmes for a range of water-infrastructure projects. Whether such legislation will be enough to fix decades of neglect, however, seems unlikely.

Therefore, it is highly probable that water utilities will play a crucial role over the next 20 years by providing such services as supply systems for potable water distribution, wastewater systems and sewage-treatment systems. Companies such as American Water Works, the largest public water and wastewater utility in the US, have therefore offered a growing appeal to investors. Indeed, the company’s stock between when it went public in April 2008 and the end of September 2016 has returned an eye-watering 363 percent.

Unlike other commodities, such as gold and oil, water is not a tradeable asset at present, which means that its price can’t be tracked by investors. This is perhaps to be expected, given the fact that water is one of the most basic necessities of human life. However, by investing in the stocks of those water companies engaged in improving water provision in the country, and indeed globally, investors have been able to gain exposure to this mounting issue. With the emergence over the last few years of a number of exchange-traded funds that are focused on tracking US and global water utilities, infrastructure and water-equipment and -materials companies among the many water-related sectors, it seems likely that interest from equity-market investors will continue to grow in response to the US’s and the world’s growing need to address its water problems.