Top Posts
Challenges Remain, But There Are Opportunities to Be Had in...
Interview with Mr. Olukayode Pitan, Chief Executive Officer and Managing...
Commodities Outlook for 2023
The Value of Cash in a Time of Crisis: How...
The US-Africa Leaders Summit: Fostering a Closer Relationship with the...
Three Key Sectors in Which to Invest in 2023
Home Brokerage Has Credibility in the Cryptocurrency Market Finally Arrived?
Brokerage 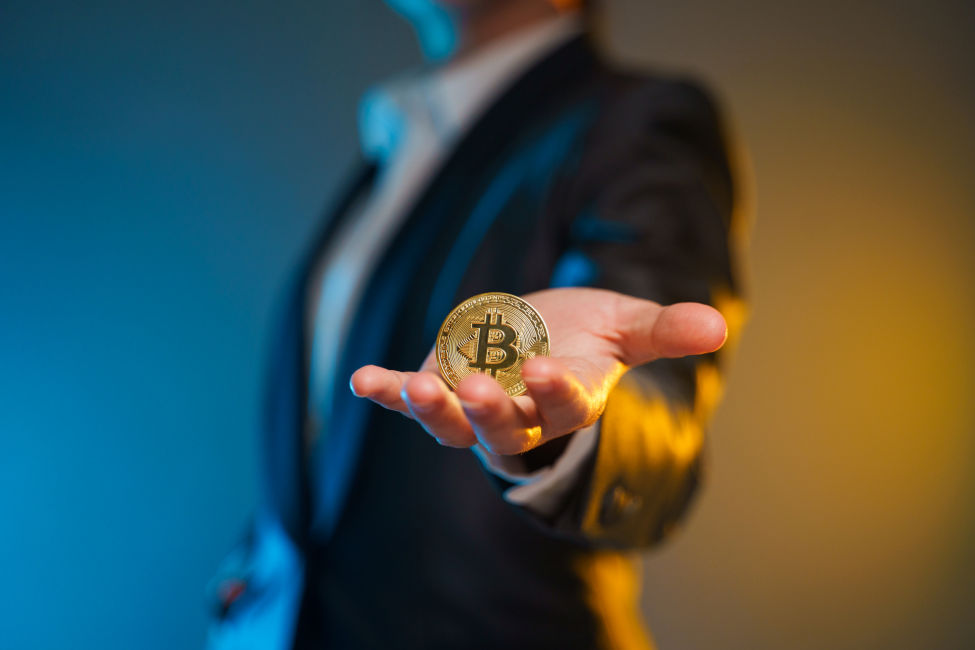 In late April, the electric-vehicle company Tesla revealed in its first-quarter earnings presentation that it had sold some of the bitcoin it had acquired earlier in the year. “Year over year, positive impacts from volume growth, regulatory credit revenue growth, gross margin improvement driven by further product cost reductions and sale of Bitcoin ($101M positive impact, net of related impairments, in ‘Restructuring & Other’ line) were mainly offset by a lower ASP, increased SBC, additional supply chain costs, R&D investments and other items,” the company stated.

2021 has seen Tesla founder Elon Musk show considerable interest in cryptocurrencies, most notably the most valuable digital asset, bitcoin, as well as the “meme” coin Dogecoin, known for its Shiba Inu dog face, which has experienced a phenomenal price rally in recent weeks. And since Tesla first announced in February that it had added bitcoin to its balance sheet, a number of high-profile companies have followed suit. As such, many believe the interest from such reputable corners of the institutional world is the shot in the arm for the credibility that crypto has sorely needed.

Of course, it would be foolish not to acknowledge that the motivation behind such corporate interest is almost entirely profit-driven. Indeed, the entire cryptocurrency market has taken off since October 2020, as investors globally continue to seek yield in a world of ultra-low and negative interest rates. By December, bitcoin had easily surpassed its previous all-time high and has since traded above a whopping $64,000, which it managed to reach in mid-April. The total market capitalisation of all cryptocurrency projects recently eclipsed the $2.5-trillion-mark, moreover, which is a 630-percent surge from where the market was just eight months ago. And according to CoinMarketCap, Dogecoin surged by around 14,500 percent between January 1 and May 8, when it went past 73 cents as part of a scarcely believable rally.

But while the possibility of realising such enormous gains is undoubtedly enticing to most investors, one could reasonably argue that much of the bullish sentiment has also been driven by key developments in the world of crypto, which have significantly helped the maturation of digital-currency markets. The trading of derivative contracts is one such development. Bitcoin futures trading was first launched by the Chicago Board Options Exchange (CBOE) and the Chicago Mercantile Exchange (CME) at the end of 2017, and since then, cryptocurrency derivatives have gained considerable traction among traders, to such an extent that none other than Goldman Sachs recently opened up its trading desk to non-deliverable forwards. These derivatives contracts are tied to the bitcoin price and pay out in cash to clients, with the US bank hedging its positions by trading bitcoin futures in block trades on the CME, using Cumberland DRW as its trading partner.

“Institutional demand continues to grow significantly in this space, and being able to work with partners like Cumberland will help us expand our capabilities,” said Max Minton, Goldman’s Asia-Pacific head of digital assets. The new offering is “paving the way for us to evolve our nascent cash-settled cryptocurrency capabilities.” Cumberland itself, meanwhile, sees its new partner’s growing interest in cryptocurrency as a major boost for the sector. “Goldman Sachs serves as a bellwether of how sophisticated, institutional investors approach shifts in the market,” said Justin Chow, Cumberland’s global head of business development. “We’ve seen rapid adoption and interest in crypto from more traditional financial firms this year, and Goldman’s entrance into the space is yet another sign of how it’s maturing.”

But for every serious institutional investor adding legitimacy to bitcoin, there are even more newbie investors hoping to ride the Dogecoin rally “to the moon”. Indeed, while Dogecoin’s recent gains are clearly mouth-watering, to say the least, one must wonder just how much the volatility shown by a coin with no differentiated uses or USPs (unique selling points) vis-à-vis other cryptocurrencies adds credibility to the space. With hype that’s reminiscent of the GameStop stock craze that took off in late January, driving much speculative frenzy as promotion across social-media groups on Reddit, TikTok and Facebook attracted a number of retail investors to pile in and push the price ever higher, the question that must be addressed is whether seemingly random spikes in prices across a handful of projects—in what appears to be part of a long-running process of financial-market “gamification”—adds any legitimacy to the asset class.

It should also be noted that while there have been eye-popping returns on the table from the likes of Dogecoin in recent times, such schemes represent just a few out of a cryptocurrency complex that now boasts of nearly 10,000 projects, each with its own digital asset. And while many of those projects—or, indeed, most of them—could well turn out to be either scam projects or, at best, offer no discernible long-term utility, there are now a healthy number of projects that not only have proven use cases but also utilise the underlying distributed ledger technology (DLT) to solve real-world problems that have troubled mankind for decades, if not centuries.

Indeed, the explosion in investor interest for decentralised-finance (DeFi) solutions has highlighted what runs on the Ethereum blockchain: the ether cryptocurrency. In turn, this has added a tremendous amount of bullish sentiment to the space this year, particularly for ether, the second-most valuable digital token after bitcoin. DeFi refers to the application of financial services using decentralised technologies, such as blockchain, so that an ecosystem can develop that does not require a centralised entity or financial intermediary that typically holds an outsized influence for it to function. And this decentralised ecosystem covers the most sought-after financial services, including payments, savings, lending and borrowing, insurance and financial-market trading, and investing.

But perhaps the clearest evidence of cryptocurrency’s legitimacy this year is the sheer reputation of the entities that have explicitly stated their involvement in the space. In addition to Goldman’s expanding presence, as mentioned above, other global banking behemoths and hedge funds are showing clear signs of heightened interest. For example, despite Jamie Dimon’s, JPMorgan Chase’s chief executive officer, well-publicised dislike for bitcoin et al., the bank is nonetheless currently preparing to offer an actively managed bitcoin fund to some of its private-wealth clients, with institutional bitcoin shop NYDIG reported to be serving as the fund’s custody provider. As such, the US banking giant is certainly the biggest financial institution to have seemingly warmed to crypto as an asset class in recent times.

Visa is another household name—serving a large, geographically diverse customer base—that has made significant strides into crypto this year. In late March, it announced that it would allow the use of the cryptocurrency USD Coin (USDC)—a stablecoin with its value pegged to the US dollar—to settle transactions on its payment network, having launched a pilot program with payment and crypto platform Crypto.com. The move will eliminate the need for cryptocurrency to be converted into traditional fiat in order to settle a transaction. “We see increasing demand from consumers across the world to be able to access, hold and use digital currencies, and we’re seeing demand from our clients to be able to build products that provide that access for consumers,” Cuy Sheffield, Visa’s head of crypto, told Reuters.

Visa also partnered with California-based fintech (financial technology) start-up Tala in early May to promote crypto adoption in underbanked communities in emerging markets. According to recent reports, the companies will provide access to USD Coin via Tala’s digital wallet whilst also collaborating with USDC operator Circle and the Stellar Development Foundation. By involving Visa, Tala will be able to issue payment cards to people that will be linked to its wallet. Tala has already provided more than $2 billion in microloans to more than six million customers in emerging economies, such as Mexico, the Philippines, Kenya and India, and has raised $200 million in funding to date, which includes backing from PayPal.

A number of key services have also been introduced since 2018 that are primarily aimed at institutional investors—a group the crypto complex crucially needs to gain a major step up in credibility. For example, Fireblocks provides a digital-asset custody, transfer and settlement platform for institutions, helping them protect their digital assets from theft or hackers. Indeed, the company was developed following the hacking of four South Korean exchanges that resulted in the theft of $200 million worth of bitcoin. By March, Fireblocks had completed around $400 billion worth of digital-asset transfers for approximately 250 clients, including banks, hedge funds, fintech firms and exchanges. According to the company’s chief executive officer and co-founder, Michael Shaulov, it closely advises half of the world’s top 70 banks and is currently securing more than $75 billion in digital assets per month.

And, yet, despite the clear advances the crypto sector has made in achieving legitimacy as an asset class, there remains considerable resistance to widespread adoption and trading of digital assets. A number of commercial banks continue to block their customers from access to virtual-currency trading venues as well as reject fiat deposits that originate from such venues. In April, for instance, HSBC banned customers of its online share-trading platform from buying or moving into their accounts MicroStrategy stock because it was a “virtual currency product”. According to an official statement from the UK bank, “HSBC has no appetite for direct exposure to virtual currencies and limited appetite to facilitate products or securities that derive their value from VCs (virtual currencies).”

Will such banks reverse course and approve full customer access in the near future? Perhaps. It would seem that much of the anti-crypto sentiment is being carried out in the name of consumer protection against volatile prices. If so, then the next question would have to be whether we are likely to see another crash a la 2018 imminently, causing tens of billions of dollars to be wiped off of crypto markets. Again, that remains to be seen.

But should a mass sell-off transpire in the coming months, it will be interesting to note the severity and nature of the downturn and particularly whether any plunges in the bitcoin price will force a collapse in prices across the entire asset class. With real-world adoption already occurring in several projects, a significant decoupling from bitcoin could well be observed such that certain digital assets continue to thrive during the bear market. And as projects continue to prove themselves in helping people, businesses and even countries solve problems previously deemed unsolvable, the legitimacy of cryptocurrency as an asset class will only be further secured.

Will Emerging Markets Outperform This Year?