Top Posts
Challenges Remain, But There Are Opportunities to Be Had in...
Interview with Mr. Olukayode Pitan, Chief Executive Officer and Managing...
Commodities Outlook for 2023
The Value of Cash in a Time of Crisis: How...
The US-Africa Leaders Summit: Fostering a Closer Relationship with the...
Three Key Sectors in Which to Invest in 2023
Home Brokerage Hedge Fund Inflows Now at Seven-Year High
Brokerage 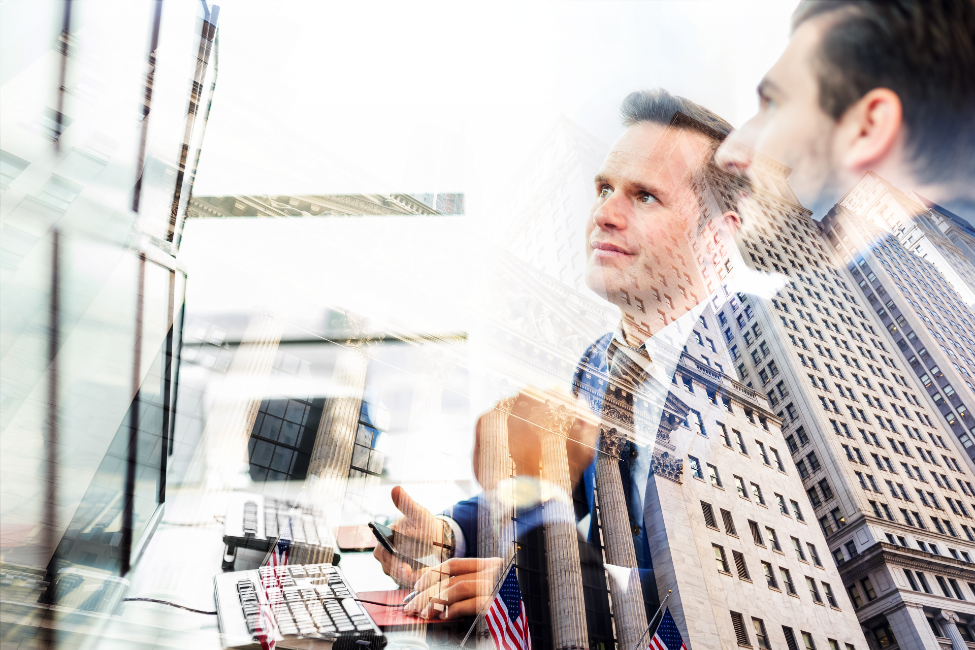 It may be an unusually uncertain time for financial markets, especially given the emergence of soaring inflation, aggressive monetary tightening pursued by central banks and ongoing war in Eastern Europe that seems unlikely to conclude anytime soon. As such, one might have assumed that market participation by investors would be tempered in favour of caution and waiting to see how events unfold. But as far as hedge funds are concerned, we have seen the exact opposite occur.

According to recent figures from Hedge Fund Research (HFR), institutional investors in the first quarter allocated the largest amount of new capital to hedge funds since the April-June quarter of 2015. What’s more, it would appear that it has been precisely those aforementioned factors—inflation, higher interest rates and geopolitics—that have driven these seven-year-high inflows. “Total global hedge fund industry capital remained above the $4 trillion milestone, as managers navigated extreme volatility with leadership from uncorrelated Macro strategies, including Fundamental Commodity and Discretionary funds, as well as Quantitative, Trend-Following CTA strategies which posted record gains,” the HFR report confirmed, whilst also revealing that total capital inflows had reached a mighty $19.8 billion in the quarter. Total hedge-fund industry capital has also expanded by more than $1 trillion in the last eight quarters, having dropped below $3 trillion in the first quarter of 2020 amidst the outbreak of the global COVID-19 pandemic.

Part of this rush can be attributed to the solid performance hedge funds have demonstrated at a time when other markets have suffered. The HFRI 500 Hedge Fund Index, which is a global composite index of the largest 500 funds that report to the HFR’s database, gained 0.3 percent during the quarter and thus easily outperformed the S&P 500 and Nasdaq 100, which both registered their worst quarterly performances since the start of the pandemic two years ago. By contrast, in 2021, the index trailed the S&P 500 across the year by some margin—10.2 percent versus 26.9 percent returns.

That said, investment-data firm and hedge-fund specialist Preqin provided a slightly less upbeat assessment for the recently concluded quarter, based on the data on hedge funds it obtained from its proprietary database. Purely based on performance, the first quarter represented one of the most disappointing quarters for hedge funds, with Preqin figures recording a 1.47-percent decline for the asset class, the third-lowest first-quarter return ever recorded by Preqin.

The biggest hedge funds have led the way, moreover, with those managing more than $5 billion receiving inflows estimated at $16.8 billion during the first quarter of 2022. Mid-sized funds managing between $1 billion and $5 billion saw net inflows of $2.3 billion, while those with less than $1 billion of managed assets to their names received estimated net inflows of $723 million. And in terms of hedge-fund strategies, it was macro strategies, which seek to gain from broader market movements tied to large-scale economic and political events, which experienced easily the largest influx of funds in the first quarter, at $40 billion of new capital to reach $677.8 billion in total assets under management (AUM).

“Macro hedge funds experienced a historic quarter, not only leading capital increases and posting record, negatively-correlated performance gains, but doing so through intense, extreme volatility across multiple asset classes driven by surging geopolitical risks and macroeconomic uncertainty, with total global hedge fund capital remaining above the historic $4 trillion milestone,” stated Kenneth J. Heinz, president of HFR. “Not only as a direct result of strong equity market outperformance but reflective of expectations of powerful trends in inflation, interest rates and corporate transactions, asset increases and investor inflows were opportunistically spread across a range of strategies and sub-strategies, combining the continuation of powerful uncorrelated recent trends with expectations for reversals of other higher beta exposures.”

Relative-value arbitrage (RVA) strategies are also proving particularly popular. Hedge funds adopting this strategy, which involves identifying price differentials between related securities and then profiting by simultaneously exploiting their “relative value” through buying one and selling the other, experienced additional interest to the tune of $14.9 billion, reaching $1.035 trillion in assets under management. “RVA managers navigated not only a sharp increase in interest rates, but also a yield curve inversion, the highest inflation in 40 years, a sharp increase in sovereign default risk, an intra-quarter flight to quality reversal of interest rate increases, and expectations for additional rate increases in 2022,” HFR stated in its report.

These stellar numbers follow a very strong year for hedge funds in 2021, with investors and allocators adding to hedge funds on the hedge-fund services firm Citco’s (Citco Group of Companies’) platform in every quarter and inflows outweighing outflows throughout the year. In total, Citco’s clients saw net inflows of $37.3 billion, compared to the $17.8 billion recorded in 2020, with all strategies and fund sizes delivering positive returns. The weighted average return of all hedge funds on the platform came in at 11.37 percent, with event-driven and commodities strategies being the top performers, claiming weighted average returns of 27.3 percent and 26.6 percent, respectively.

In total, 75.6 percent of hedge funds in 2021 achieved a positive annual return, marginally less than the 77.6 percent that Citco recorded in 2020. “Investors are looking to hedge funds to achieve a measure of diversification, particularly considering that the spectre of inflation has recently entered the fray,” Benjamin Crawford, vice president and head of research at alternate-investment data firm BarclayHedge, told Reuters in December 2021. “Several sectors of the hedge fund industry have a well-earned reputation for shielding assets from inflation.”

Will hedge funds continue to enjoy strong inflows throughout 2022? According to a February analysis from Barclays, which surveyed 288 investors representing around 15 percent of the hedge-fund industry’s total assets under management, the outlook for the sector remains bright. Thanks to accelerating inflation, the UK bank expects investors to continue lowering their cash, passive-equity and fixed-income exposures and turn to hedge funds and illiquid-asset classes instead. “On a net basis, investors plan to reduce their exposure to cash (12%), long only fixed income (17%), and passive equity (8%). Conversely, 35% indicated plans to increase their exposure to Hedge Funds,” Barclays noted. “All investor types say they plan to increase exposure to alternatives. Pensions are mostly interested in Real Estate/Infrastructure and Private Credit, followed by Hedge Funds. Endowments & Foundations, Family Offices and Private Banks appear most interested in Private Equity and Hedge Funds.”

Barclays also noted that investors appear even more bullish across most hedge-fund strategies than in 2021 and plan to allocate an average of $265 million to hedge funds in 2022. And given that they are estimated to finance about 70 percent of these investments through redemptions of existing allocations, the overall net increase in their hedge-fund exposures will equate to some 3 percent.

Tranquil Lakeside Retreats That Embody the Best in Luxury

For Banks to Survive, They Need to Champion Their Eco-Conscience