Top Posts
How Gamification is Catapulting Digital Banking to the Next Level
Challenges Remain, But There Are Opportunities to Be Had in...
Interview with Mr. Olukayode Pitan, Chief Executive Officer and Managing...
Commodities Outlook for 2023
The Value of Cash in a Time of Crisis: How...
The US-Africa Leaders Summit: Fostering a Closer Relationship with the...
Home Brokerage How Satellite Imagery Is Helping Hedge Funds Outperform
Brokerage 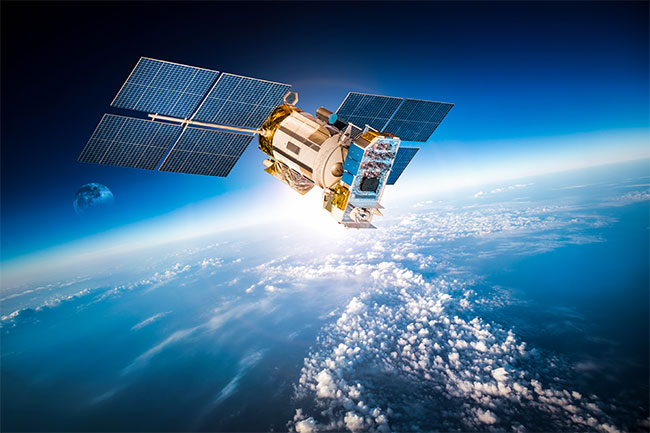 At the beginning of the last decade, Swiss investment firm UBS Investment Research began partnering with satellite companies such as Remote Sensing Metrics LLC in order to gauge changes in the occupancy rates of parking lots belonging to Walmart. By taking images of the number of cars entering and leaving the parking lots over certain fixed time periods, it was able to determine the number of customers who were visiting the US mega-retailer; and from this data, an approximation of Walmart’s quarterly sales could be extrapolated. In so doing, UBS became one of the first financial institutions to leverage satellite imagery to gain useful investment insights. “UBS proprietary satellite parking lot fill rate analysis points to an interesting cadence intra-quarter and potential upside to our view,” the subsequent report read.

Satellite imagery falls under the umbrella of alternative data, which represents non-traditional forms of data that are greatly coveted by fund managers eager to gain a competitive informational edge over their peers. Whether it’s counting cars in a retailer’s parking lot as a measure of sales activity, tracking ships across the seas, monitoring crops or scanning the activity at oil rigs, refineries and ports, satellite imagery is proving incredibly useful as a way to measure levels of industrial activity that may not necessarily be possible to determine at ground level.

“It’s not magic. It’s just another input,” noted Matthew Granade, chief market intelligence officer at Point72 Asset Management. “This stuff works best as one input into a much bigger process. On the other hand, it’s getting harder and harder not to have these critical inputs.” Indeed, in the 10 years since UBS’s forays into the nascent field, demand for satellite imagery has skyrocketed such that it is now used extensively across the investment industry. Today, financial institutions—particularly hedge funds—are paying increasingly exorbitant amounts to gain access to information that can reveal crucial insights tied to a potential investment.

Thanks in no small part to the proliferation of satellites in recent years, moreover, the process of extracting these useful insights is becoming easier all the time. The number of satellites currently orbiting Earth has grown significantly over the last five years or so, with more being launched every year for all sorts of purposes, including commercial use, governmental reasons and even military objectives. Indeed, the United Nations Office for Outer Space Affairs’ (UNOOSA’s) “The Index of Objects Launched into Outer Space” recorded 4,987 satellites revolving around Earth’s orbit at the start of 2019, which was 2.68 percent more than the figure from 2018 that itself was 5 percent more than in 2017.

With pictures from those satellites mapping out much of the planet, hedge funds have been purchasing the imagery from satellite companies to detect changes across important economic regions of the world. And with some imaging companies commanding large numbers of satellites that are almost continually producing images of Earth, those changes can be virtually recorded in real-time. Whether it is from images showing improvements in crop yield or declines in coal-mine output, the data can prove crucial in determining the right investing decision to take.

The imagery can reveal much that is useful to investors. Oil companies, for instance, don’t tend to disclose much about the impacts on production caused by refinery outages. And while the US government publishes weekly reports of its oil-inventory levels, other countries such as China divulge considerably less information on a regular basis. This means it is more difficult for analysts to obtain such information using conventional methods.

But the view from above can be crucial in gaining a more accurate assessment. For example, Ursa Space Systems, a New York-based satellite data and analytics firm, has been tracking the impact of the coronavirus pandemic on global oil inventories, providing its customers with weekly reports on 11,000 oil-storage tanks observed with synthetic-aperture radar (SAR) satellites. “Satellite imagery has been invaluable in tracking oil inventories outside the US where public data isn’t available or timely,” Geoffrey Craig, Ursa global energy analyst, told space and satellite publication SpaceNews. “We’ve noticed a pick-up from clients and prospects interested in Ursa’s oil storage product. Our China coverage, especially, has attracted attention.” The company is especially keeping tabs on Japan’s Nissan Motor plant and China’s Wuhan North railway station, the main freight train stop near where the virus was first reported. Ursa’s SAR imagery showed “a significant decline in activity coinciding with the coronavirus period,” Craig noted.

Another notable company in this space is Orbital Insight, which has been procuring satellite imagery from satellite companies since 2014 and turning the images into useful, actionable insights for a range of clients, including hedge funds, NGOs (non-governmental organisations) and even governments. By 2016, Orbital’s client base included seventy hedge funds and four government agencies. And last June, the company announced the opening of its Singapore office, which is its seventh global office location and second dedicated sales office to open in Asia in the span of just 16 months, indicative of the growing appetite for its geospatial-data-analytics products and services.

Orbital employs data scientists and engineers to not only analyse satellite imagery but to then make it actionable for clients. “We take imagery from all satellite companies around the world,” Orbital’s chief executive officer, James Crawford, explains, “and put it into one artificial intelligence-based system and do a tremendous amount of data science on top of it to finally come out with an understanding of what’s going on in the world.” For instance, today it monitors the world’s oil-storage tanks by performing analytics on data obtained from more than 200 satellites, covering approximately six billion barrels of oil-storage capacity around the world. This enables Orbital to provide its clients with granular analyses of oil-inventory levels and refinery outages in the United States, China and even the Organisation of Petroleum Exporting Countries (OPEC).

The data from satellite imagery can also prove extremely useful in providing indicators of broader macroeconomic activity, which can be just as useful to investors, particularly those who employ a top-down approach to investing. For instance, China recently reported that for the first time in nearly half a century, its economy contracted, with GDP (gross domestic product) falling by a hefty 6.8 percent during the first three months of the year compared with the first quarter of 2019. But indications of China’s economic woes could have been ascertained a long time before the official announcement through information gleaned by satellite companies. The New York-based SpaceKnow, for example, closely monitors industrial activity in China. The company’s proprietary China Satellite Manufacturing Index (SMI) combines satellite imagery with street maps and spectral data to monitor activity at more than 6,000 industrial sites in the country. Using billions of satellite images of the sites, therefore, it can accurately determine changes in manufacturing activity. And in February, it observed that North China’s infamous air pollution had almost completely vanished—a clear indication of major industry closures and sharp reductions in vehicles on the roads.

Satellite imagery showing the relative intensity of night-time lighting in China (as well as in Africa, through its Africa Night Light Index) also serves as a gauge of economic activity for SpaceKnow. It recently observed a significantly dimmer-than-normal environment in the country, strongly implying that its industrial base is operating at around half its normal level. “China may have seen the Covid-19 outbreak first, and local closures slowed the economy, but now China appears to be feeling the brunt of the slowing global economy,” SpaceKnow’s chief executive officer, Jeremy Fand, recently stated. Through images extracted from several hundred satellites, SpaceKnow is also able to provide data related to inventory goods, real estate, surface materials and a whole lot more that can ultimately help investors gain crucial insights ahead of their peers.

It seems as if the arms race for alternative data will only continue to heat up, which means demand for satellite imagery from the hedge-fund universe will become only stronger over the coming years. Given that the cost of launching satellites has come down significantly in recent years, moreover, further entrants into the space can only help to provide imagery that covers more of the earth—and in more depth. In turn, the number of actionable investment insights gleaned from such imagery will only grow, which should make generating returns a more competitive process.