Top Posts
How Gamification is Catapulting Digital Banking to the Next Level
Challenges Remain, But There Are Opportunities to Be Had in...
Interview with Mr. Olukayode Pitan, Chief Executive Officer and Managing...
Commodities Outlook for 2023
The Value of Cash in a Time of Crisis: How...
The US-Africa Leaders Summit: Fostering a Closer Relationship with the...
Home Brokerage Investing Trends for 2022
Brokerage 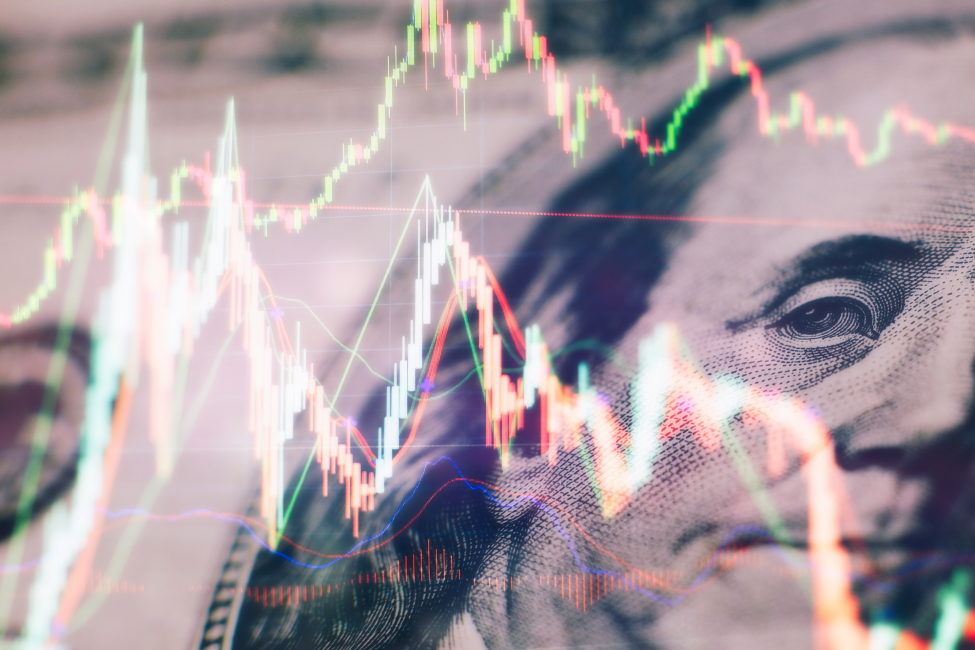 The arrival of Omicron has, once again, thrown a spanner in the works by subduing hopes around the world of any imminent end to the pandemic and upending economic and financial forecasts for 2022. Indeed, the added uncertainty that this latest coronavirus variant brings has been furrowing the brows of investors the world over.

With the pandemic set to continue playing a hugely influential role in 2022, one might assume that the world’s biggest central banks would keep their expansionary monetary policies in place for at least some portion of the year. But with accelerating inflation and growing labour-market tightness in the United States, we may soon see the end of rock-bottom interest rates and large-scale asset purchases.

Fitch Ratings, meanwhile, expects the US Federal Reserve (the Fed) to raise interest rates twice in 2022 and four times in 2023, taking the federal funds rate’s upper bound to 1.75 percent by the end of 2023 from 0.25 percent currently. Meanwhile, banking giants including JPMorgan Chase, Goldman Sachs and Deutsche Bank have taken an even more hawkish approach, each pencilling in a total of four rate hikes being implemented this year.

“We believe Fed officials are coming to the same conclusion that the labor market is very tight, making it a tough sell to hold off on the first hike until June, our prior call,” Michael Feroli, J.P. Morgan’s US chief economist, recently noted. As such, the bank has brought forward its prediction for the Fed’s first rate hike from June to March and stated it expects a further increase in each of the subsequent three quarters of the year. Should such a scenario transpire, it may well be the case that other central banks follow the Fed’s lead, including the European Central Bank (ECB) and Bank of England (BoE).

It seems increasingly clear that the persistence of COVID-19 into 2022 has some serious implications for investors.

Despite the environment of accelerating prices and the persistence of coronavirus cases, stock markets continued to thrive in 2021. Indeed, the single-digit gains that were initially touted for the year ended up turning into an almost 27-percent rise for the S&P 500 Index. But can equity markets kick on and offer similar returns this year?

The general sentiment thus far in 2022 seems to be one of cautious but subdued optimism, with most analysts anticipating more modest gains than last year as the imminent cycle of monetary tightening has a significant dampening impact. And with valuations already at the high end for most sectors, it becomes difficult to justify further upside of a similar magnitude to that observed in 2021.

“Decelerating economic growth, a tightening Fed, and rising real yields suggest investors should expect modestly below-average returns next year,” Goldman Sachs stated at the end of 2021. “In contrast with our expectation during the past year, corporate tax rates will likely remain unchanged in 2022 and rise in 2023. Corporate earnings will grow and lift share prices. The equity bull market will continue.”

As such, it may be tougher to pick individual winners in this climate. “While earnings for the overall index remain durable, there will be greater dispersion of winners and losers and growth rates will slow materially… 2022 will be more about stocks than sectors or styles, in our view,” noted Morgan Stanley.

Traditionally, bonds are considered among the safest asset classes, offering higher yields than simply holding cash. They also provide bondholders with steady income streams and can act as crucial bulwarks in portfolios when other riskier assets are declining.

Bond markets in many countries performed poorly last year, however. Despite accelerating inflation emerging across a number of advanced economies, bond yields did not rise as much as expected. This suggests that bond traders have classed this particular bout of inflation as temporary, with price rises likely to slow during the next few years. And with banks currently flush with cash, moreover, many financial institutions have been copiously investing in long-term debt, which has only added further downward pressure on yields. Many also expect bonds to remain under pressure in 2022 on the back of rising interest rates as most of the world continues on its economic recovery from the pandemic.

All that said, corporate bonds may represent a prudent investment in 2022. Because they are trading at higher yields than government bonds (such as US Treasuries), investors will be compensated more liberally from gaining exposure to the medium-term corporate-bond market. Indeed, while the 10-year US Treasury is currently yielding approximately 1.75 percent, the average BBB-rated corporate-bond yield is around 100 basis points higher.

Indeed, conventional, investment-grade corporate-bond funds drew in $2.9 billion of investor interest for the week ending January 6, which is the biggest weekly inflow for this asset class since early July, according to Refinitiv Lipper, illustrating the renewed interest in this particular market. “Over the course of this past year, interest rates have risen the most among intermediate maturity bonds,” Dave Sekera, chief US market strategist for Morningstar, recently wrote. “But from here, we expect that medium-term bonds will provide the most yield with less price sensitivity from changes in interest rates as compared with longer-dated bonds.”

With various moratoriums imposed to help tenants who have struggled to pay their rents during the pandemic, it has been a tough few years for real estate investment trusts (REITs). Their performance—and the performance of real estate in general—has also come under pressure from additional pandemic-induced mandates, which have confined people to their homes for long periods, restricting their ability to shop, work, learn and socialise.

But by the end of 2021, tenants had resumed their payment obligations on the whole, while real-estate occupancy of properties such as offices and hotels bounced back strongly. This helped REITs finish last year on promising footing. And with global gross domestic product (GDP) and employment levels expected to continue expanding solidly this year—JPMorgan Chase stated that it expects developed-market GDP to reach pre-COVID levels before the end of this year, for instance—these macro gains should bode extremely well for REITs in 2022, with the added capacity for companies and landlords to raise rents on new and existing leases underpinning much of the rejuvenation.

According to Toronto-based Hazelview Investments’ “2022 Global Public Real Estate Outlook Report”, the target total return for global REITs in 2022 is 12 to 15 percent. “From a valuation perspective, global REITs entered 2021 at their most attractive level relative to global equities, in nearly two decades,” the report noted. “Even with +20% gains over the past 12 months, global REITs are entering 2022 trading more than 1-standard deviation below global equities, which represents its second lowest level outside the trough of the pandemic period.”

Often termed digital gold, given its finite and fungible nature, bitcoin has long been regarded as having similar qualities to that of gold and other precious metals—namely, being an effective store of value and hedge against inflation. These benefits could prove crucial for investor portfolios this year. And with the U.S. Securities and Exchange Commission (SEC) in late October approving the first futures-based bitcoin exchange-traded fund (ETF) in the US, investing securely in the world’s leading digital currency continues to become more convenient.

That said, it may well be tempting to talk up the prospect of a bear market emerging for the cryptocurrency sector in 2022. With bitcoin having almost touched $70,000 in late 2021 and steep descents having historically followed bull markets similar to the ongoing one that began almost 18 months ago, one might suspect that another collapse is looming on the horizon, particularly as we expect to see a cycle of monetary tightening being enacted by the Federal Reserve and other major central banks this year.

“We are bullish [on] Bitcoin long-term, based on our long-term trend-following gauges,” Katie Stockton, founder and managing partner of Fairlead Strategies LLC, recently told Bloomberg. “We assume the long-term uptrend will maintain itself, and a more decisive breakout to new highs would allow for an impressive measured-move projection of approximately $90,000. For now, a corrective phase still has a hold, although there are potential signs of short-term downside exhaustion.”

Putting bitcoin aside, several blockchain-related developments in recent times suggest that many projects have the potential to thrive in 2022. As we look forward to the expansion of Web 3.0, continued maturation of the DeFi (decentralised finance) landscape, development of the non-fungible token (NFT) space and potentially game-changing opportunities arising from mastering blockchain interoperability, we recognize that considerable substance underpins certain crypto valuations in terms of what they can offer in the future and what problems they can solve.