Top Posts
Challenges Remain, But There Are Opportunities to Be Had in...
Interview with Mr. Olukayode Pitan, Chief Executive Officer and Managing...
Commodities Outlook for 2023
The Value of Cash in a Time of Crisis: How...
The US-Africa Leaders Summit: Fostering a Closer Relationship with the...
Three Key Sectors in Which to Invest in 2023
Home Brokerage Investment Firms Are at the Precipice of a New Prudential Regime
Brokerage

Investment Firms Are at the Precipice of a New Prudential Regime 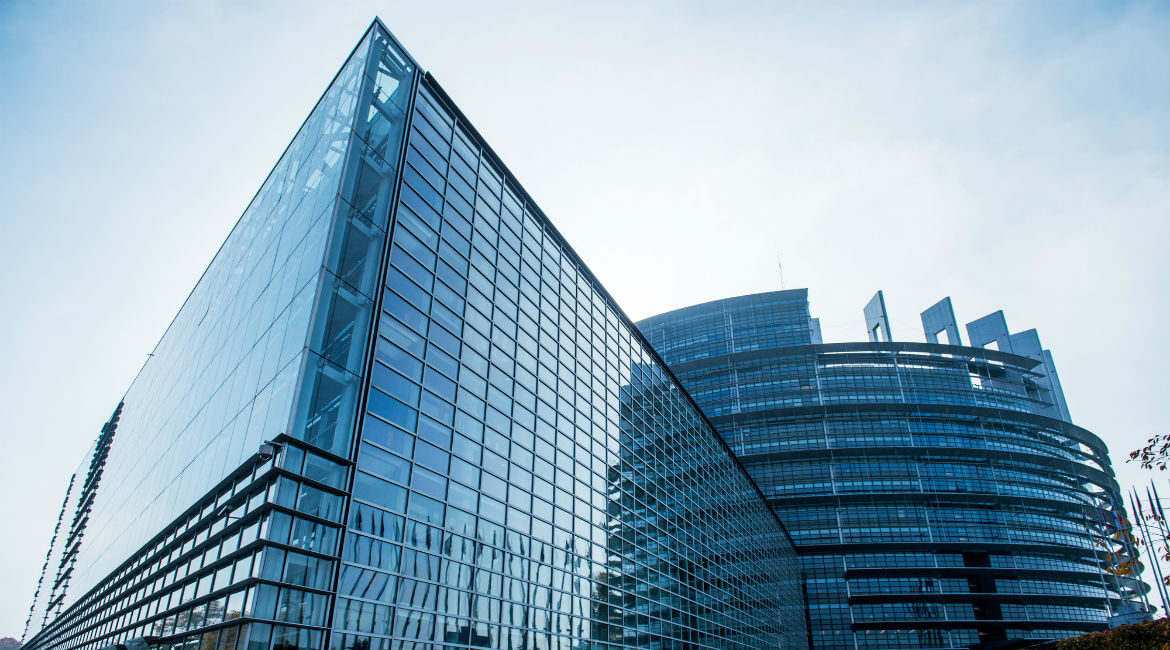 By Ben Arram, Consultant at Bovill

Investment firms are at a cliff edge. What they face is a completely new approach to prudential regulation: and there’s no going back. After many years of investment firms being subjected to a prudential regime that was designed specifically for banks, the European Commission (EC) has adopted proposals to amend the current European Union (EU) rules for non-banking firms. The impacts will be significant for many; we will see both winners and losers. And for most of the 6,000 investment firms in the EU, more than half of which are in the United Kingdom, there is still a great deal to do in order to be ready.

It’s been a long haul

CRD IV represented a range of enhancements to regulatory requirements, covering capital quality and quantity, liquidity, leverage, risk and macroprudential tools. Despite being developed with large banking organisations in mind, the CRD IV package also applied to investment firms (albeit with some exemptions). Whilst CRD IV may have presented a headache for banks, it was clear that the differing business models and risk profiles of investment firms simply didn’t fit well with the regulation, resulting in a disproportionate regulatory burden being imposed on these non-banks.

As a result, since December 2014, the EC has launched two Calls for Advice on a more appropriate approach to prudential regulation for investment firms. After an initial response and opportunities for public feedback, the European Banking Authority (EBA) published its final advice to the EC for a new regime in September 2017. We understand the UK’s Financial Conduct Authority (FCA) has been instrumental in defining the EBA’s recommendations—something to be expected, given it supervises more firms affected than any other EU regulator.

In December 2017, the EC adopted proposals for new regulation and a new directive on prudential supervision for investment firms based on this advice. These proposals would see amendments being made to CRD IV (including CRR), as well as the Markets in Financial Instruments Directive II (MiFID II) and associated regulation, MiFIR (Markets in Financial Instruments Regulation). Once the proposals have been discussed and accepted by the European Parliament and the EC, they are expected to take another 18 months to come into force. This means the new regime will be in effect from the second half of 2019 at the earliest.

The scope of the new regime has increased in scope by applying to all MiFID II firms, whereas currently CRD IV applies only to firms that hold client money; operate Multilateral Trading Facilities (MTFs); or undertake proprietary trading or underwriting activities.

This will result in a large number of firms being subjected to a raft of new prudential requirements for the first time, such as exempt CADs (firms authorised only to give investment advice or arrange transactions), commodity investment firms and ‘local firms’. A number of firms may well need additional and even external resources to ready themselves for the new regime and manage the associated regulatory burdens on an ongoing basis.

A key feature of the new regime is that it is intended to be more proportionate in its application of prudential requirements, with simplified rules for simpler firms. To achieve this proportionality, all MiFID II firms are categorised into one of three classes based on their size and activity—a significant simplification from the 12 existing categories.

Class 1 firms are those that pose a systemic risk or otherwise operate in a bank-like capacity. For these firms there is actually no change as they will continue to be subject to CRD IV.

All other MiFID II firms are then assessed against a set of thresholds, with those falling below the threshold criteria being categorised as Class 3 firms. These firms will be subject to a simplified version of the new regime designed to be much more appropriate to the smaller, less complex and therefore less risky firms.

The rest, by default, fall into the Class 2 category. This is where most of the action is taking place in terms of a fundamental shift in approach to prudential regulation.

The Class 3 categorisation thresholds consider both a firm’s activities and a firm’s size. In terms of activities, Class 3 firms, such as most exempt CAD and many BIPRU firms, will not be systemic or bank-like, safeguard or administer assets, hold client money or trade on their own account or in their own names. The size thresholds are based on the value of assets under management, customer orders handled (with different thresholds for cash trades and derivatives) and the firm’s balance-sheet size and annual gross revenue.

If one or more of these thresholds is exceeded, a firm is immediately categorised as Class 2, and cannot be re-categorised as Class 3 until all threshold requirements have been met for six consecutive months. Now is therefore a good time for firms to look at their regulated activities in the context of the Class 3 thresholds.

In particular, smaller firms who undertake Class 2 activities (such as holding client assets) may wish to consider whether those activities are totally necessary, given the associated increased capital burden. These firms should allow adequate time to cease any such activities, by taking steps such as arranging the custody of client assets (rather than acting as the custodian), thereby achieving Class 3 categorisation.

By far the most significant change under the new prudential framework will be the way capital requirements are calculated for Class 2 firms. These firms will now have to hold capital equal to the highest of three metrics.

The first is the Permanent Minimum Capital (PMC), which is equivalent to the initial capital requirement as defined in CRD IV and dependent on the regulated activities of the firm. Being purely activity based, PMC is not risk sensitive and is therefore unlikely to be an adequate determination of a firm’s capital needs.

The second metric is the Fixed Overhead Requirement (FOR), which is based on a firm’s annual expenditure. Whilst FOR scales with a firm’s cost base, it is unlikely to be a sufficient representation of a firm’s risk exposure.

Although the concepts of PMC and FOR are not new, under the new rules, both are higher due to an increased initial capital requirement for all firms and a more punitive calculation of FOR.

The new regime also introduces the “K-factor” formula, which takes a more sophisticated look at the risks to which the customer, the market and the firm are exposed. Under the K-factor formula, capital is calculated using a risk-weighted formula for each type of activity the firm undertakes. The formula differentiates between cash trades and derivatives and also includes market risk, counterparty-credit risk and concentration risk elements.

This presents the very real prospect of increasing the amount of capital firms will need to hold, possibly even requiring a capital raise. The complexity of the calculations will place resource demands on finance teams, and some firms may even choose to outsource the reporting function.

Class 3 firms, on the other hand, need only to concern themselves with PMC and FOR and don’t have to worry about the K-factor formula at all—although they may be moving from a low PMC to a higher, expense-based FOR.

For many Class 2 firms, the reporting burden will increase as well, since these firms will have new disclosure requirements beyond their existing capital reports covering liquidity, concentration risk and information pertaining to specific business models. Thankfully, this is somewhat offset by a simplified Pillar 3 disclosure requirement, through which capital-management and risk information is made publicly available.

Another feature, particularly affecting firms currently outside the scope of CRD (such as exempt CAD and local firms), is the requirement to undertake an Internal Capital Adequacy Assessment Process (ICAAP).

Completing an ICAAP requires a firm to assess the specific risks it faces and how much capital it needs to maintain solvency in the event these risks materialise. This is a living process that firms need to document on a cyclical and regular basis, with the length of the document being proportionate to the size and complexity of the firm. Whilst this means that Class 2 firms will be expected to have lengthier documentation than Class 3 firms, the effort involved in undertaking an ICAAP should not be underestimated for any firm.

The regulator will then use the Supervisory Review and Evaluation Process (SREP) to assess a firm’s ICAAP. Importantly, they can enforce an increase in the level of capital held if the ICAAP is deemed to fall short of the regulator’s expectations in any area.

There’s no turning back

Recognising that capital requirements will increase for a lot of firms, there will be a five-year transitional period to provide some temporary relief. During this time many firms will still see changes by steps in their regulatory capital burden along with the need to cope with the more complex calculations.

Ultimately, the new regime represents a massive prudential shake-up to the regulatory environment for investment firms. Although it may seem like there’s plenty of time to prepare, a lot of firms have understandably focused all of their attention on MiFID II (and maybe still are!) and may not yet appreciate what the new regime means for them.

But now is the time for firms to plan for the potential impacts, which could be significant. Firms should carefully consider what category they are likely to fall into, taking into account current and future business plans and the consequential effects on their capital adequacy and prudential obligations.

Depending on the results, firms may need to start planning for addressing capital shortfalls, working towards their first ICAAP and considering how compatible their current business models and aspirations will be with the new prudential framework.  The new rules will be in force before long: the cliff edge is here, and there is no turning back now.

There are more than 6,000 investment firms operating within the EU, more than half of which are based in the UK and the majority of which are small firms such as exempt CADs, that act as advisers or arrangers of transactions. These firms have traditionally been low on the regulators’ radars and operate with minimal capital, potentially as low as €5,000. It’s for these firms that the new rules potentially will have the most impact, with many being subject to a prudential regime for the very first time.
Ben ArramBovillBrokerageCapital Requirements Directive IV (CRD IV)European CommissionEuropean UnionFCANew Prudential Regime
0 comment 0 FacebookTwitterPinterestEmail
previous post

The Invisible Hand of Financial Services