Top Posts
How Gamification is Catapulting Digital Banking to the Next Level
Challenges Remain, But There Are Opportunities to Be Had in...
Interview with Mr. Olukayode Pitan, Chief Executive Officer and Managing...
Commodities Outlook for 2023
The Value of Cash in a Time of Crisis: How...
The US-Africa Leaders Summit: Fostering a Closer Relationship with the...
Home Brokerage Is a Stock Market Crash Around the Corner?
Brokerage 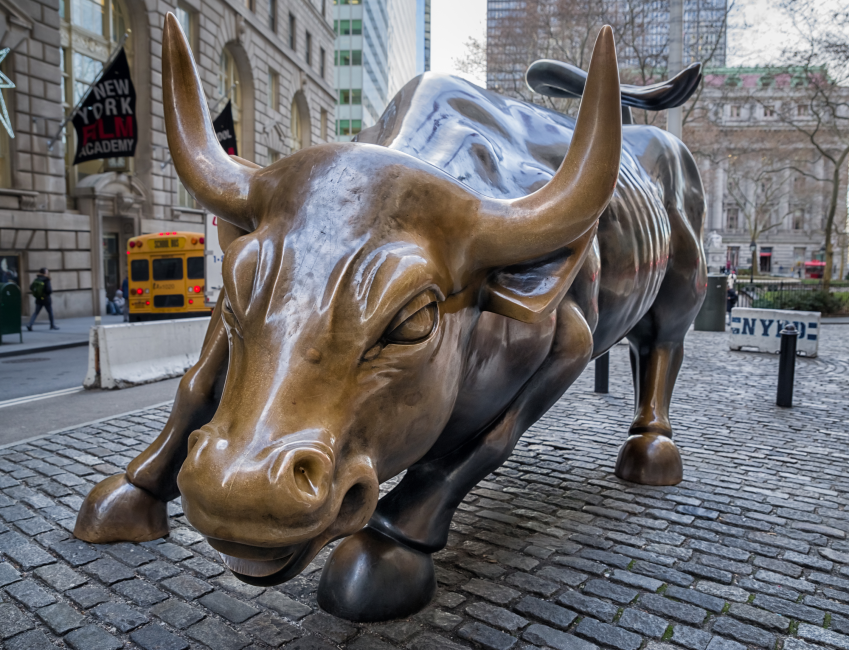 US stock markets posted the worst quarterly performance since the market crash in early-2020 that was brought on by the outbreak of the coronavirus pandemic. The S&P 500 lost nearly 5% during the January-March period, and as such, has gotten tongues wagging over the prospect of a much deeper market crash transpiring in the near future.

Indeed, it would appear that market participants were gradually entertaining the idea of a market correction during the quarter, with a recent S&P Global Market Intelligence report finding that short interest in the S&P 500 had grown from 2.09% to 2.2% between the end of 2021 and mid-March. Given the seismic events that unfolded during the quarter, this growing bearish sentiment is perhaps understandable. US inflation rates at 40-year highs, bond yields decisively on the charge, full-blown military conflict in Eastern Europe, interest rates on the up once more and the persistence of global supply chain problems have all conspired to keep equity markets in check. That said, stocks did rebound significantly in mid-March and are thus not too far off all-time highs at present. As such, the market seems to have shaken off much of the bearish sentiment that could have potentially derailed further upward momentum.

Nonetheless, many are agreement that stock markets are unlikely to post gains in line with the phenomenal performance they showed in the decade following the global financial crisis. Among the most pertinent warning signs that stock markets are overheating can be deduced from the price to earnings ratio, a valuation metric for companies and indices which has now reached levels that have rarely been observed in previous years.

According to figures from Nasdaq, the PE ratio for the S&P 500 (using the trailing 12 months as reported earnings) has been at around 25 or above for over a year now – the only other times this level has been consistently breached was during the global financial crisis and during the dotcom bubble of the early-2000s. And although the PE ratio has marginally cooled for the benchmark since the end of 2021, it continues to remain at historically elevated levels.

Further recent analysis was also conducted for the month of March by Advisor Perspectives, an interactive publisher for financial advisors, which involved four commonly used valuation methodologies: the Crestmont Research P/E Ratio, the cyclical P/E ratio using the trailing 10-year earnings as the divisor; the Q Ratio, which is the total price of the market divided by its replacement cost; and the relationship of the S&P Composite price to a regression trendline. “Based on the latest S&P 500 monthly data, the market is overvalued somewhere in the range of 107% to 175%, depending on the indicator, down from last month’s 113% to 179%,” the analysis found.

But while such indicators do indeed seem to be flashing red of an approaching market correction, it is also worth acknowledging the role quantitative easing has played – and seemingly continues to play – in preventing both a deep and prolonged economic depression, as well as supporting stock market performance. By injecting the economy with additional value in the form of government bond purchases, additional cash is made available to banks which can in turn boost lending capacity to businesses and households. Anticipating an expansion in business operations and household spending as a result of this expanded borrowing, investors have been able to buy more stocks, expecting companies to expand sales.  The accompanying reduction in interest rates also means that in their search for sufficient yield, investors boost their exposure to stocks.

It could be reasonably argued that the prolonged bull market since the global financial crisis was at least partly attributable to quantitative easing policies enacted by the Federal Reserve. Given the large-scale asset purchases that have been adopted in response to the COVID-19 crisis, then, could a similar outcome for stock markets emerge once again, or at the very least, could they be crucial in helping to avoid a major market correction? It seems unlikely at this stage, principally due to the emergence of accelerating inflation which is now necessitating a strong moderating response from central banks all across the world.

Indeed, impending increases in interest rates that seem all but nailed on are likely to weigh heavily on stock market returns this year. Given the runaway prices the US economy has experienced in recent months, as well as the fact that the Federal Reserve has already begun to lift interest rates, further monetary tightening is highly likely to be detrimental to stock market returns. “It’s hard to know how much the U.S. Federal Reserve will need to do to get inflation under control,” former New York Fed president Bill Dudley recently remarked when writing a guest column for Bloomberg entitled “If Stocks Don’t Fall, the Fed Needs to Force Them”. “But one thing is certain: To be effective, it’ll have to inflict more losses on stock and bond investors than it has so far.” Dudley also highlighted that while many households have fixed-term mortgages and are thus less sensitive to changes in short-term interest rates, they do hold a significant amount of their wealth in equities compared with other countries. “As a result, they’re sensitive to financial conditions: Equity prices influence how wealthy they feel, and how willing they are to spend rather than save,” he added.

The bond market certainly seems to have been anticipating contractionary monetary policy being implemented for some time. The US 10-year Treasury Yield, for instance, reached 2.94% for the first time since December 2018 on April 19th, as investors prepare for further rate hikes to materialise this year. And with the spread between this yield and the S&P 500 dividend at near historic highs at present, Michael Kramer believes a major slide in the benchmark stock market would be required to bring the spread back in line with historic averages. Consensus estimates call for the S&P 500 to have a dividend of $67.83 per share over the next twelve-month period. “Assuming the lower end of the range for a potential dividend yield on the S&P 500 would put the index at around 4,060. But to get back to the historical average of 1.92%, the index would slide to 3,570,” the founder of Mott Capital Management explained in an article for Investing.com on March 25th. “Of course, it isn’t to say the market is due for a big dive, but one would think that with Treasury yields moving higher, the dividend yield of the S&P 500 should start to move higher with it over time. After all, the S&P yield versus the 10-year is now at a historically wide point, which typically hasn’t lasted for very long.”

Ultimately, however, macroeconomic factors are likely to have the final word, as much of the world embarks upon a rate-tightening cycle. Whether this translates into a market crash remains to be seen, but it seems highly likely that the sizeable market returns achieved consistently in recent years are unlikely to transpire again in 2022. “Investors should pay closer attention to what Powell has said: Financial conditions need to tighten. If this doesn’t happen on its own (which seems unlikely), the Fed will have to shock markets to achieve the desired response,” Dudley also warned. “This would mean hiking the federal funds rate considerably higher than currently anticipated. One way or another, to get inflation under control, the Fed will need to push bond yields higher and stock prices lower.”

According to Charlie Munger, meanwhile, a market correction is likely to be on the way, with the famed investor and vice-chairman of Warren Buffet’s Berkshire Hathaway attributing the likely downturn at least in part to a culture of irresponsible investing. “What we’re getting is wretched excess and danger for the country. Everybody loves it because it’s like a bunch of people getting drunk at a party; they’re having so much fun getting drunk that they don’t think about the consequences,” Munger remarked during The Daily Journal’s Annual General Meeting in February. “Eventually, there will be considerable trouble because of the wretched excess, that’s the way it’s usually worked in the past. But when it’s going to come, and how bad it will be, I can’t tell you.” Munger also places some of the blame at the door of venture capitalists, who he contends have been too liberal in their willingness to finance to new projects. “I would argue venture capital is throwing too much money too fast, and there’s a considerable wretched excess in venture capital and other forms of private equity.”