Top Posts
Could Big Tech’s Iron Grip on Digital Advertising Soon Come...
Can Recent Oil Discoveries Prove to be a Boon for...
Is It Time to Explore an Alternative to Fractional-Reserve Banking?
Can AgTech Prove Instrumental in Helping to Feed the World’s...
Can the Indo-Pacific Economic Framework Expand US Economic Influence in...
Banks Remain Uniquely Vulnerable to Sophisticated Cyber-Attacks
Home Brokerage Is It Still Worth Investing in Bond Markets?
Brokerage 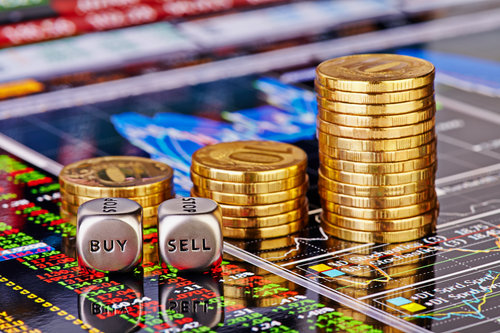 To date, 2015 has been characterised by an unprecedented decline in global bond yields—that is, a decline in the periodic return generated by bonds. At present, European bond yields are at historical lows, with many bonds entering negative territory over the course of the year. In countries including Belgium, Denmark, Finland, France, Germany, the Netherlands and Switzerland, investors have actually paid for the privilege of lending money to bond issuers—an extremely rare occurrence in bond markets.

Indeed, earlier this year, Switzerland became the first country ever to sell a benchmark 10-year government bond at a negative rate, and as of early August, its yield has veered back under zero.

Furthermore, euro-denominated corporate bonds have also experienced negative yields in 2015, such as those of Royal Dutch Shell, Nestle and Novartis, despite traditionally paying investors marginally higher rates than their sovereign equivalents.

The ongoing negative-yield phenomenon owes much of its emergence to the ultra-low interest rate environment that has become the norm for Europe and indeed for much of the rest of the world. The addition of the European Central Bank’s (ECB’s) quantitative-easing program for the Eurozone, which began at the start of the year, has undoubtedly compounded matters to send yields lower still. Aggressive bond-purchasing in recent years by the Federal Reserve, the Bank of England, Europe and Japan have all contributed to falling yields. Although rates are higher in the US—around 2.15 percent for 10-year Treasuries as of early August—they still remain below half their long-term average of 4.5 percent, while Japan’s 10-year is trading at 0.4 percent, and both France and Germany are experiencing yields that are comfortably below 1 percent.

In this situation, therefore, higher-yielding US bond markets appear to be the logical choice for global investors. So far this year, this has proven to be the case—according to data provider Markit, European investors have ploughed $5.61 billion into US-exposed bond exchange-traded funds. This is well above the previous annual record of $3.98 billion and reflects the differences between the two major markets, both in terms of the expectations of a divergence in their respective monetary policies, as well as diverging yields—the spread between the US 10-year Treasury yield and its equivalent German bund is hovering near levels achieved in March this year, which were the widest since 1990.

Despite the gloom outside the US, however, there is still a convincing case to be made for investors to keep their money in global bond markets. If a period of consistent deflation is expected over the bond’s contractual period, for example, then the real return on a negative-yielding bond could still turn out to generate a positive return. This is particularly important in Japan’s case, where a deflationary cycle has been experienced over the last 20 years or so, and which threatens to continue for some time. It’s not surprising, then, that Japan’s bond market was the last to experience negative yields prior to the current European slide, back in 1997, and that yields continue to teeter just above the 0 percent mark. The Eurozone also experienced falling prices during the first quarter and continues to flirt with falling back into a deflationary state, meaning that low-yielding bonds could still offer a low-risk option that provides positive net returns.

Bonds should also remain in investors’ portfolios as they will continue to crucially provide diversification. Given the pro-cyclical and often volatile behaviour of equity markets and certain commodities, the low-risk nature of government and high-grade corporate bonds can provide useful benefits when other asset classes underperform. This is especially pertinent as a negative correlation invariably exists between bonds and equities, implying that investment away from equities and towards bonds tends to occur whenever an economic downturn is expected. In turn, bonds will continue to remain attractive as they will increase the risk-adjusted returns of a diversified portfolio, provide a steady stream of investment income and reduce the portfolio’s overall volatility.

On the back of its calculations that approximately €2 trillion of outstanding Eurozone sovereign debt had a negative yield, Goldman Sachs stated in April that bonds earning below 0 percent in Europe had become the “new normal”. Given the expansionary monetary landscape in which Europe currently resides, and with no interest rate increase expected from the ECB in the near future, Goldman’s assertion would appear to be well-supported. Nonetheless, the low-risk, low-volatility benefits of bonds will always provide investors with stability in returns, in terms of both quantity and timing. On this basis, the contribution of bonds to a well-diversified investment portfolio should not be underestimated.