Top Posts
Challenges Remain, But There Are Opportunities to Be Had in...
Interview with Mr. Olukayode Pitan, Chief Executive Officer and Managing...
Commodities Outlook for 2023
The Value of Cash in a Time of Crisis: How...
The US-Africa Leaders Summit: Fostering a Closer Relationship with the...
Three Key Sectors in Which to Invest in 2023
Home Brokerage Is It Time to Return to Bond Funds Again?
Brokerage 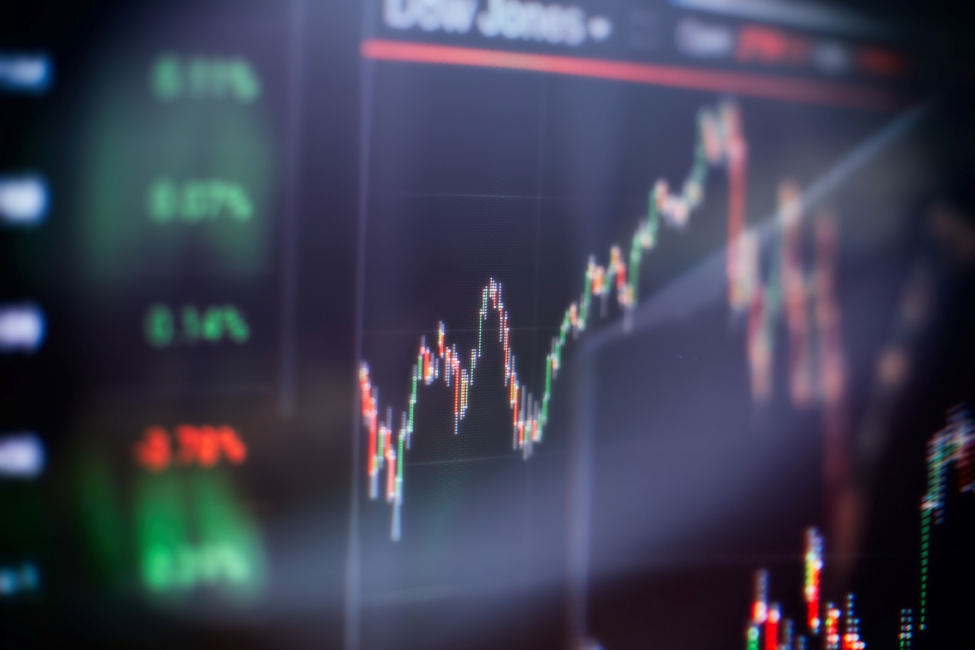 There’s no escaping the grim reality that bond markets have experienced one of their worst years on record. Typically, when global stock markets suffer as they have in 2022, investors boost their exposure to purportedly safer fixed-income products, such as US government bonds. But consistently rising inflationary expectations and surging interest rates have boosted yields and depressed prices in bond markets.

Typically, bond funds have offered protection to investors during periods of market turmoil. But with inflation surging uncharacteristically throughout the United States, the European Union and much of the rest of the world—and interest rates rising rapidly to contain those soaring prices—bonds have experienced an unequivocally horrid year thus far. With consumer prices in many countries rising at the fastest annual rates in more than 40 years, monetary tightening has gone into overdrive. In the US, which represents the world’s biggest bond market, the Federal Reserve (the Fed) has been forced to hike interest rates by 0.75 percent in its last two rate-setting meetings for the first time since 1994.

Bloomberg‘s popular US Aggregate Bond Index (the Agg), which tracks the investment-grade bond market and is often the underlying index for bond funds, lost more than 10 percent during the first half of the year, while an ICE Bank of America index, which has tracked 7-to 10-year bonds since 1973, found US Treasuries had lost 11 percent during the same six-month period. As such, the bond market is on course this year to deliver its worst performance on record. Indeed, this is the worst first-half performance since 1788, Deutsche Bank recently noted, citing an index from Global Financial Data, which uses proxies for 10-year Treasuries to compile centuries of bond returns. Indeed, while a double-digit correction in stock markets is more commonplace, it has been practically unheard of in the bond market.

By mid-June, the yield on the US benchmark 10-year Treasury note had risen to just shy of 3.5 percent, which was more than double the 1.51 percent recorded at the end of 2021, although has since retreated to below 2.8 percent. Nonetheless, this rally has severely depressed bond prices. And in emerging markets, outflows from bond funds of some $50 billion had been recorded for the year to early July, with data from JPMorgan Chase showing that such outflows were the worst emerging-markets bond funds had experienced in 17 years as rising interest rates in advanced economies and the war in Ukraine have triggered a massive exodus from emerging markets. “It has been pretty dramatic,” Marco Ruijer, emerging markets portfolio manager at William Blair, told the Financial Times, adding that surging global inflation, rising interest rates and the war in Ukraine have all combined to create “a perfect storm” for emerging-markets debt.

With inflation expectations remaining elevated for the foreseeable future, bond markets could continue to underperform for the remainder of 2022. That said, with economic growth beginning to slow in the US and throughout the global economy after the Fed’s 75-basis-points hike in late July, further hikes may not be so dramatic. Indeed, the fed funds futures market is pricing in a peak rate of 3.3 percent by early 2023, before rate cuts are implemented later in the year. And with central banks across the globe still hiking rates to bring down inflation, the substantial decline in excess liquidity circulating in the global economy and slowing the rate of global growth is likely to cause long-term yields to fall, according to Charles Schwab Asset Management’s latest “Bond Market Update” published on August 3.

Much will ultimately depend on when exactly inflation will peak and start to reverse course. For some, prices can only head lower from the US’ 9.1-percent annual increase in consumer prices posted in June, the highest since November 1981. “The June report will almost certainly mark the peak in inflation, as food and energy prices are set to fall sharply in next month’s report,” Morningstar’s chief US economist, Preston Caldwell, said in mid-July. “The uptick in inflation was driven heavily by food and energy prices, but indicators of food and energy prices have plummeted in July, which will show up in the next CPI report.” Caldwell added that while the bulk of the inflation problem since the start of the pandemic has been driven by supply disruptions in autos, energy and food, he expects such these issues to be resolved, “contributing to an unwinding of the inflationary surge”.

The good news for investors is that the week ended August 3 saw US corporate investment-grade bond funds experience their first inflows since March. Gains in this sub-sector have recently prompted a frenzy of issuance activity, with companies including Intel and Moody’s reportedly entering the market. According to data from financial-services firm Refinitiv Lipper, investors purchased a net $1.22 billion of corporate investment-grade bonds during the week ending August 3, which ended a record 18-week streak of net outflows equalling a massive $74 billion in total. “We have found a very nice pocket of sustained market stability in investment grade for the first time in months,” Maureen O’Connor, global head of investment-grade syndicate at Wells Fargo & Co., explained.

US high-yield bonds are also gaining in popularity once more, with mutual funds and exchange-traded funds (ETFs) seeing net positive demand of $2.93 billion during the same week, the second straight week of inflows. The sector’s bond yields gained 5.9 percent in July, their biggest monthly surge in about a decade. But US leveraged loan funds continued to record net outflows, with a $344-million sell-off in the week to August 3, marking the eighth consecutive week of outflows.

“Now is an opportune time to reallocate money into fixed income,” Lawrence Gillum, a fixed-income strategist at LPL Financial, told Kiplinger in early August, adding that higher yields at present will allow bonds to fulfill their role once again as an effective equity buffer and portfolio diversifier. That said, it would seemingly reward investors to move back into the asset class tentatively rather than going all in at this stage. Indeed, Michael Fredericks, manager of the BlackRock Multi-Asset Income Fund, is reportedly advising investors not to invest in bonds “with all your chips” just yet. While Elaine Stokes, executive vice president and portfolio manager at investment firm Loomis Sayles, cautioned, “I wouldn’t go all-out. I’d start tiptoeing in.”

“Consider investing now,” Charles Schwab recently advised. “Treasury yields of all maturities have risen, discounting a peak fed funds rate near 3.3 percent.” But how exactly should one “consider investing now”? One of the most convenient and effective ways for an investor to gain broad exposure to the bond market is through bond funds. Similar to stock mutual funds or stock exchange-traded funds (ETFs), bond funds allow investors to pool their funds together to gain exposure to different bonds from a variety of issuers, including corporations, governments and government agencies.

As bonds can be issued with various key parameters, including yields, maturities, currencies and fixed/variable repayment terms, the bond universe consists of thousands of different debt products that will function in different ways. Rather than simply picking a single bond that may carry more risk, a bond fund can gain broader exposure to this bond diversity in the most suitable ratio that fund managers see fit. Or they can target specific sections of this universe, such as corporate high-yield bond funds or long-term Treasury funds. Indeed, higher yields can be found in short-term bond funds at present; what’s more, they are not as sensitive to future changes in interest rates. “If yields of 3 percent to 3.5 percent are what you’re looking for, short-term Treasuries have become a lot more attractive,” Stokes from Loomis Sayles explained to Kiplinger.