Top Posts
How Gamification is Catapulting Digital Banking to the Next Level
Challenges Remain, But There Are Opportunities to Be Had in...
Interview with Mr. Olukayode Pitan, Chief Executive Officer and Managing...
Commodities Outlook for 2023
The Value of Cash in a Time of Crisis: How...
The US-Africa Leaders Summit: Fostering a Closer Relationship with the...
Home Brokerage Is There Any Way Back for the US Shale Industry?
Brokerage

Is There Any Way Back for the US Shale Industry? 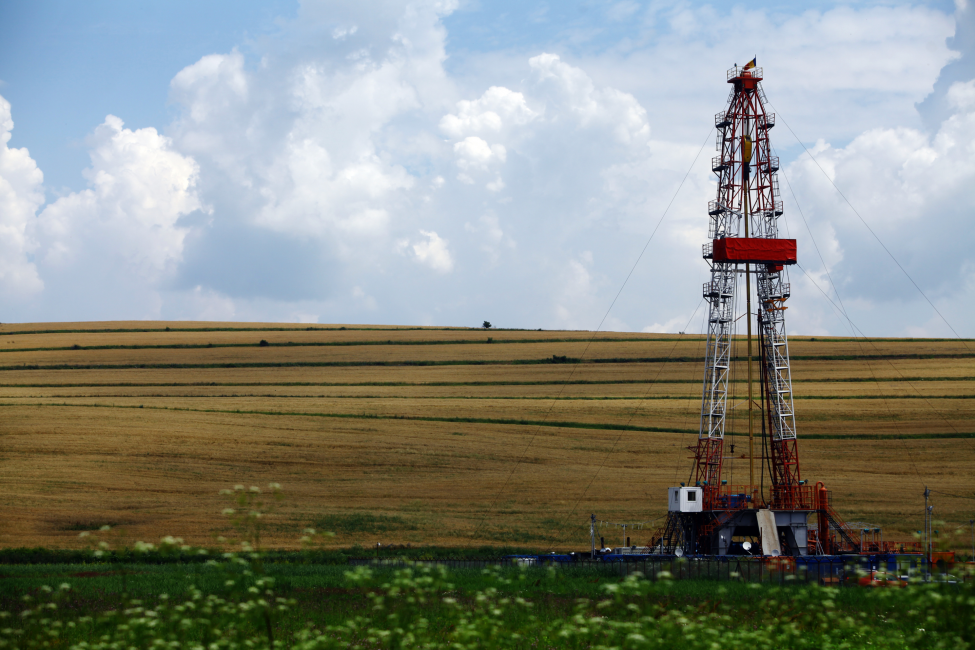 2020 marks the 15th anniversary of the US shale boom, a period in which discoveries of deposits of shale oil and gas across such states as Colorado, Texas, North Dakota, New Mexico and Wyoming propelled the United States to the top of the list of the world’s biggest oil producers. But with much of the industry failing to breakeven during this time, and with this year also set to go down as arguably the most devastating for oil producers on record, it is no surprise that serious questions about the future viability of the US shale industry are now being asked.

A report from Deloitte in June found that during those 15 years, the shale industry managed to generate $300 billion in net negative cash flow, in addition to writing down $450 billion in invested capital. And since 2010, more than 190 bankruptcies have been registered. “The oil industry is currently experiencing a ‘great compression’ in which companies’ room to maneuver is restricted by low commodity prices, reduced demand, capital constraints, debt loads, and health impacts of COVID-19,” the authors of the report stated. “Unlike in previous downturns, these effects are now simultaneous—creating a higher level risk of technical insolvencies and building intense pressure on the industry.”

The onset of the coronavirus has made the outlook for shale producers only even more grim, with a new bankruptcy filing arising virtually every week or so during the last few months. And it’s not just the small names that are succumbing to this economic shock; late June even saw shale pioneer and the US’ second-biggest gas producer once upon a time, Chesapeake Energy, filing for Chapter 11 protection. As such, analysts put the debt amassed by all oil and gas companies that have filed for bankruptcy protection during the first half of the year—23 in total, 18 of which filed during the second quarter when the pandemic made serious inroads—at a whopping $30 billion. That’s already more than the total $25 billion or so amassed by companies that went bankrupt in 2019.

It is also no surprise that at the heart of the problem lies the oil price, which took a spectacular nosedive as the pandemic spread throughout the world. With most businesses forced to close down and with entire populations confined to their homes, the resultant collapse in demand dragged oil prices down to record lows. Indeed, a sharp decline in liquidity and limited available storage saw the West Texas Intermediate (WTI) benchmark for US crude plummet, briefly touching minus $37 per barrel in April just before its front-month futures contract expired.

“Petroleum energy demand dropped off the cliff sharply and rapidly at the same time crude oil production was peaking, particularly in Texas and the US,” observed Karr Ingham, petroleum economist for the Texas Alliance of Energy Producers. “That would have been bad enough; throw in a market share temper tantrum between Saudi Arabia and Russia at the worst possible time, and you have a thoroughly devastating impact on energy markets.”

Perhaps most concerning of all is that oil demand is unlikely to return to pre-pandemic levels any time soon, if indeed ever. The world is now adjusting to a “new normal”, one in which remote work, localised supply chains, lower levels of international trade and greater reliance on digital channels at the expense of the real physical world will all play significantly more important roles. And figures from the International Air Transport Association (IATA) suggest that over the coming five years, airline companies will require 25 percent fewer planes in the sky. In turn, this is likely to mean that oil demand will remain subdued, that the divergence between global demand and supply will remain pronounced, and that banks may remain reluctant to fund the shale industry for some time yet.

To encourage the industry to keep producing without incurring further losses, Morgan Stanley believes prices must remain higher than $40 per barrel. And while current prices are marginally above this threshold, they remain a far cry from the $60 per barrel at which WTI crude was trading at the start of the year. Analysts thus expect total US crude production to now stabilise around the 11 million barrels-per-day (bpd) mark, a sizeable reduction from its first-quarter peak of 13 million bpd just prior to the coronavirus and Saudi-Russian standoff. And, according to the US Energy Information Administration (EIA), the crude-oil output from seven major shale formations likely fell by around 56,000 barrels per day in August to just under 7.5 million bpd, which would be the lowest level in two years.

And the outlook from most analysts seems to support Krishnamoorti’s dire predictions. Although US shale represents less than 10 percent of global oil and gas production, it has accounted for some 40 percent of global drilling activity and almost all of the growth in US midstream and export-oriented refining and petrochemical sectors over the past 10 years. Thus, as Deloitte observes, any major developments in US shale “will likely have a domino effect on the global oil and gas industry”.

Indeed, the state of Texas, which is home to a significant chunk of shale production, is expected to see oil-and-gas-production jobs potentially falling to a 15-year low in the coming months, according to the Texas Alliance of Energy Producers. Those jobs may never return. The pandemic has dramatically reduced worker numbers in drilling and oilfield services companies, with 162,350 recorded in June, which is just over half of the 297,100 workers at the peak of employment in December 2014. And between February and June of this year, the state shed some 46,100 jobs in production and oilfield services, “as the pandemic crushed demand for crude, and oil companies cut drilling budgets and halted production amid historically low oil prices,” reported the Houston Chronicle.

It also appears likely that the industry will have to brace itself for further bankruptcies in the face of lacklustre demand and scant evidence of any material improvement in the short term. “It is reasonable to expect that a substantial number of producers will continue to seek protection from creditors in bankruptcy even if oil prices recover over the next few months,” observed Texas-based corporate law firm Haynes and Boone in its June report on oil and gas bankruptcies.

That said, bankruptcies don’t necessarily sound the death knell for the industry by themselves. Filing for Chapter 11 protection gives troubled producers the opportunity to address their problems and restructure such that they can return to the industry in healthier shape. So long as they honour their debt obligations—and work productively with their creditors to do so—there is every chance such shale producers can survive over the long term. “In most cases, the firm will remain open and operating as a corporate entity,” observed Deborah Byers, Americas sector and solutions leader and US oil and gas leader at EY (Ernst & Young). “The court where the Chapter 11 has been filed will help the business restructure its debts and obligations. Despite the seriousness of the situation, it does not spell the end of the company, and many in the US oil patch have deployed it effectively to redefine their business, while others have used it to survive.”

Another positive is that there is growing evidence that shale producers are operating more efficiently. According to Macquarie Group, producers across the Permian Basin are saving approximately 20 percent on well costs, compared to 2019. But if it leads to lower breakeven levels, then this could also have a bearish impact on prices, as more producers would be willing and able to produce crude more cheaply. Alternatively, the savings realised from this efficiency improvement could also be used to pay down outstanding debt and channel more funds into dividends to appease long-suffering shareholders.

The conundrum that shale producers now face, therefore, is whether to keep up with near-normal levels of exploration and production activity but risk dragging oil prices down further. Macquarie recently pointed to a trend of producers cutting oil output and simply focusing on production from their most profitable segments. Ultimately, this could mean “improving well productivity as the industry settles in at lower activity levels,” the Australian bank stated. With the number of active oil rigs in the US falling to its lowest level since 2005 in early August (according to data released by oilfield services company Baker Hughes), with much of this decline occurring in the Permian Basin and the Eagle Ford Shale formations—thus continuing a virtually relentless four-and-a-half-month trend of abandoning rigs—it would seem that lower production levels are likely to endure for some time to come.

According to Deloitte, moreover, the grim financial position of many companies and weak economic outlook could also trigger a wave of consolidation in the US shale industry in the not-too-distant future, noting that at $35 per barrel, 30 percent of shale operators are technically insolvent, while 20 percent have “stressed” financials. “Although being ‘adventurous’ in today’s uncertain environment could be fatal, staying on the sidelines may not be an option anymore, either,” its June shale report stated. “The key question is what to buy and, more importantly, what not to buy. Any large acquisition or merger should be considered only if one plus one is greater than two on both operational and financial fronts.”

Why CFOs Need to Sharpen Their Strategic Stake in Digital Payments