Top Posts
Western Banks Willing to Accept the Short-Term Pain of Russian...
Why the US Is Ramping Up Its Presence in Somalia...
How Technology Is Helping to Solve Global Supply-Chain Issues
UK Inflation Climbs to Fresh 40-Year High
Extended Reality and the Metaverse Are Leading Financial Services into...
Digital Currency: India’s Move Towards a Digital Financial System
Home Brokerage Just How Significant is China’s Tumbling Stock Markets?
Brokerage 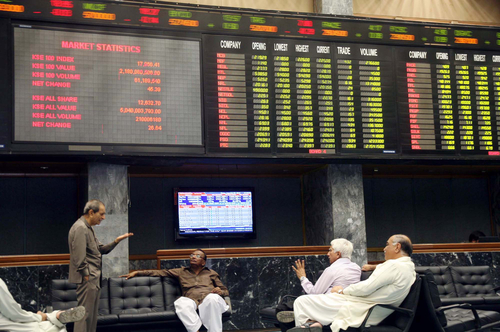 Following a three-week period of relative market stability, China’s stock markets once again experienced a dramatic sell-off on July 27th, a one-day drop that has not been seen in China for over eight years. The Shanghai Composite Index, the biggest of China’s two main equity markets, lost 8.5% of its value on the day, while the smaller Shenzhen Composite declined by 7% to bring the index’s aggregate losses to 31% since its 7-year high on June 11th.

Worse still for China’s government is the fact that its emergency measures, implemented in order to stop an equity market slide that wiped out $3 trillion in just three weeks from mid-June onwards, are continuing to prove ineffective. To date, the government has mandated a stock-purchasing program financed by China’s central bank and commercial lenders; the China Securities Regulatory Commission put a temporary suspension on new IPO’s, and large-cap companies were effectively forced into signing up to a government rescue. However, since Beijing initially cracked down on margin finance in mid-June – a move that resulted from judging that investors were excessively using loans to purchase shares – the stock-investing public has continued to head for the exits in sizeable numbers.

The fact that the government crackdown caused the initial market decline may in itself be a reason for the ensuing heavy-handedness of its market intervention. However, a more likely reason for stepping in is one of political motivation. While markets rallied during the first half of the year, the government was particularly vocal in encouraging people to invest in stock markets. Via state media, the public was often told that a healthy economy was allied to a growing stock market. Policy makers, therefore, were made to look foolish once markets began to collapse.

The government’s rhetoric earlier in the year has now also raised panic that the crashing stock market will have an impact of similar magnitude on China’s economy. Such concern appears to be overblown, however, specifically because equities play a substantially more diminished role in China than in comparable economies. For example, the ratio of tradeable equities to GDP in the country is currently under 30% whereas in most economies, including many emerging nations, this figure is easily over 100%. Furthermore, equities are not extensively employed as a source of funding within China’s corporate finance industry, nor are there much direct linkage between China’s banking sector and the stock market (although banks do have exposure to brokerages, investment funds and other mechanisms that provide margin financing). The external effect on the macroeconomic landscape of such a pronounced stock market correction, therefore, is minimal.

Compared to other major economies of the world, moreover, stock investments in Chinese households constitute a significantly lower proportion of household wealth. Cash and deposits are the preferred forms of wealth held by Chinese investors, meaning that only 1 in about 30 Chinese people owns shares, a markedly lower ratio than the 1 in 7 who owns shares in the US.

Despite China’s recent stock market woes, it is also worth noting that both the Shanghai and the Shenzhen comfortably remain in positive territory for the year. The Shanghai, for example, was up by 17% in 2015 as of July 29th – significantly more than, say, the Dow Jones. Thanks to a 140% rally during the first six months of 2015, equity markets are still higher year-to-date, and over 80% higher over the past 12 months. Although the markets have recently been experiencing notable volatility, Goldman Sachs has remained bullish on Chinese stocks and has continued to recommend buying them on the justification that a loosening of monetary policy and further expected government intervention in stock markets will induce stronger returns going forward.

Such a stringent degree of state regulation has long-term implications for China’s equity markets. Investors will begin to pour funds into equities should they start to believe that the government will invariably step in whenever the markets are in trouble, as the expected return from an equity investment will become invitingly positive if market interference only occurs in one direction.

Nevertheless, given the ongoing weakness in other major areas of China’s economy, namely its huge debt levels and the increasing pressure being imposed on its RMB-USD peg, the stock market collapse will add further stress to a decreasingly desirable situation. Banks are feeling the pressure from enormous levels of local government debt restructuring and government imposed directives to support the stock market, while further losses could begin forcing investors to seek flights to safety outside of China. Although the stock market in isolation presents little risk to China’s overall economy, it has now become another problem to add to an already growing pile that the government will have to address sooner rather than later.