Top Posts
Popular Trends in Digital Banking for 2022
Digital Twins: Future Drivers of Smarter Decision-Making
Why Data Transparency Can Fuel Dynamic Growth for Fintechs
What Is Synthetic Data, and Why Will It Be So...
The Pandora Papers: What Do They Tell Us?
Four Key Investment Trends for 2022
Home Brokerage The Killer Apps of Bitcoin
Brokerage

The Killer Apps of Bitcoin

By Tuur Demeester, Economist and Investor, Editor-in-Chief at Adamant Research

In this article, I argue that bitcoin’s killer apps are not monetary science fiction but are already operational and fast-growing.

Lessons from the Internet

Just like bitcoin today, the Internet was once a protocol stack about which a lot of technical people were excited, but the long-term value of which was contested. In the early 1990s, many derided it as a frivolous technology that would have a negligible economic impact. What eventually changed people’s minds was the implementation of disruptive business models that created products and services that were both more effective and cheaper.

Email, e-commerce platforms, software as a service, social networks—these were the “killer apps” of the Internet. So if you can create a successful business model that works on the Internet—and only on the Internet—you’re on to something disruptive that inadvertently also increases the platform’s indispensability.

What makes bitcoin disruptive and unique?

Bitcoin’s uniqueness comes from it being an online monetary platform that is permissionless, censorship resistant and counterfeit resistant, and that creates decentralized consensus. What kind of unique and inimitable business models, what kind of killer apps, can we witness being built around those properties?

One of the most important aspects of bitcoin’s disruptiveness is that the software is free, lightweight and can be used by anyone who has access to the Internet. In emerging markets, which are digitizing at a fast clip, many smartphone owners don’t have bank accounts—making it enticing to switch directly to digital cash.

Remittance. Because it operates outside of the traditional-banking network, bitcoin can effectively be used as the rails for remitting money. This is often accomplished without the users knowing that anything other than traditional fiat money is being used. Volumes are modest but fast-growing: 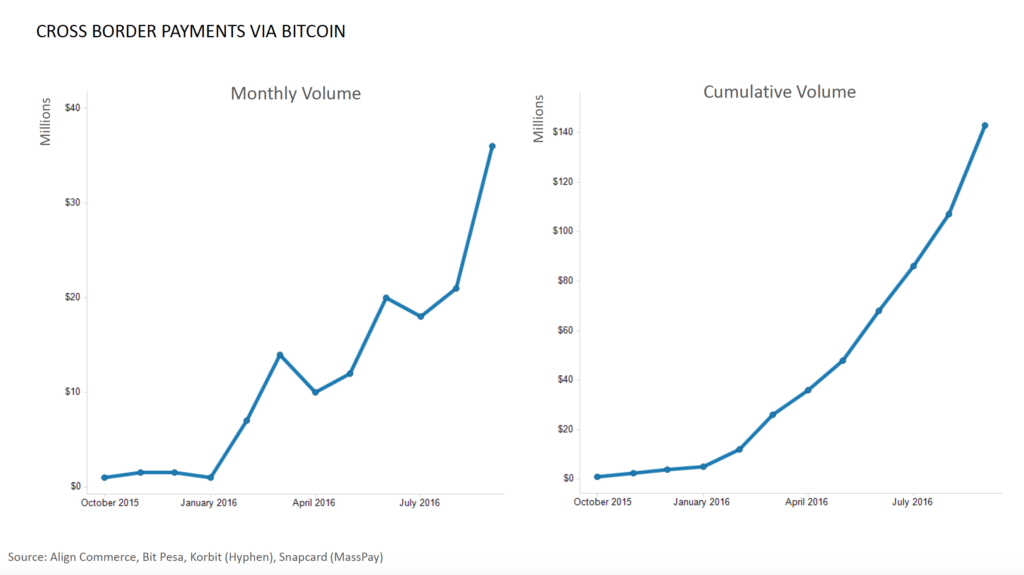 Physical cash into digital. India is home to 21 percent of the world’s unbanked population, according to World Bank research. It has 220 million smartphone users today, and this is expected to grow to 520 million by 2020: 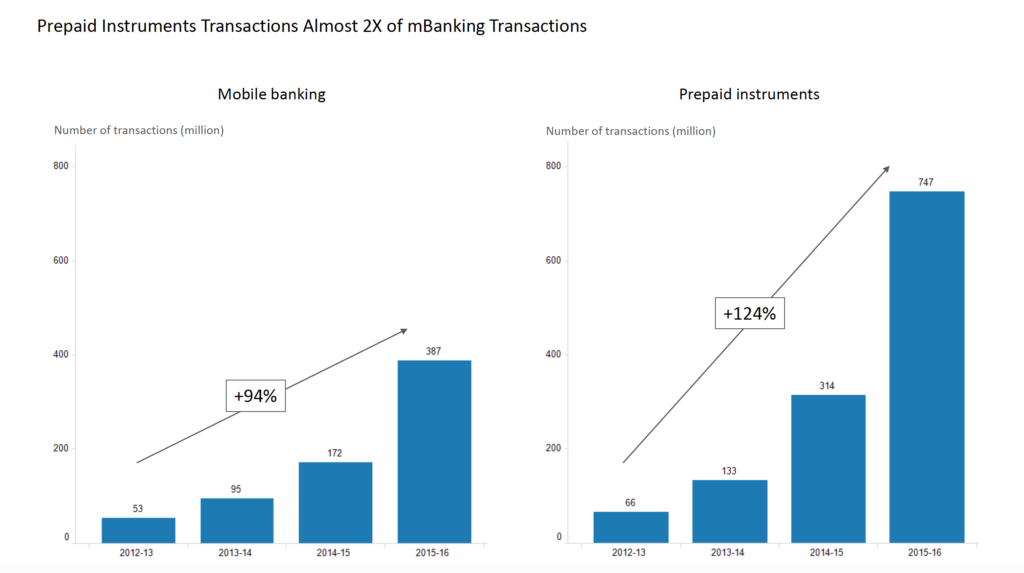 One company that is capitalizing on this opportunity is Xapo, the largest bitcoin custodian in the space, responsible for 10 percent of on-chain transactions and for 500,000 off-chain transactions per day. Xapo’s largest customer base is located in India, followed by China, Indonesia, Brazil, Bangladesh, Pakistan, Nigeria and Russia.

Here is the Indian volume on a cash-for-bitcoin service called LocalBitcoins: 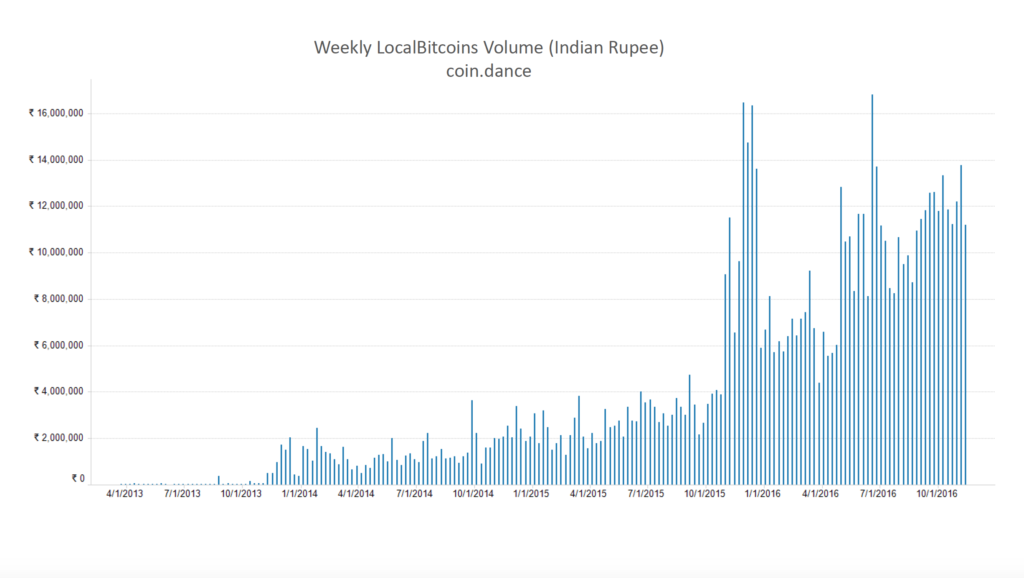 In the past, online financial transactions were possible only for users vetted and approved by financial-service providers (via PayPal or credit cards), and in the confines of national and international legislation. Bitcoin has radically changed that, enabling payments from and to literally anyone who’s connected to the Internet. This has opened the door for business models in which censorship is explicitly circumvented, for example by facilitating capital flight, online gambling, and gray- or black-market transactions.

The use of bitcoin for (usually legal) capital-flight purposes is difficult to quantify, but there are some interesting indications in my view.

Here’s what Calvin Ayre, one of the world’s first online gambling entrepreneur-billionaires said last September: “The single biggest positive development in online gambling over the past decade has been the invention of bitcoin. There’s simply nothing that has so democratized the online experience for both gambling operators and gamblers.”

Mr. Ayre is not an uncontroversial figure, so let’s dive into some numbers. One of the first successful businesses on the bitcoin blockchain was Satoshi Dice, a provably fair gambling website that at its peak accounted for more than 50 percent of all bitcoin transactions. And today, bitcoin gambling sites are still very popular. Even though the industry is only four years old, the top 10 bitcoin casinos have processed a combined 27 billion bets (most of these are very small bets; average size is about 5 cents). The number-one site is currently Primedice, which processes 17 million bets per day.

The main points of attraction for bitcoin gambling are:

As the first digital money that is censorship-resistant, bitcoin has attracted entrepreneurs who want to try their luck in areas that are legally ambiguous or downright illegal. One example of grey-market transactions is customers using bitcoin to circumvent import taxes. Reason  TV reports about Brazilians buying iPhones from the US and having them delivered via packaging services—to evade the 60-percent import tax.

Another example is, of course, the darknet markets, which are online marketplaces that operate in “the dark web”, a version of the Internet that’s much more anonymous than the regular web. The Silk Road marketplace was the first such market, launched in February 2011 and shut down in October 2013.

As the original Silk Road proved to be very profitable, many copycats followed. To give you an idea of the size we’re talking about: in fourth quarter 2015, we saw up to 3,600 active vendors (retailers) across 18 darknet markets. The largest one, Alphabay, accounted for more than 1,100 vendors.

Ransomware hackers breach and encrypt computer systems, offering to decrypt it in return for a bitcoin-denominated ransom. These attacks are becoming a huge issue, potentially affecting nearly everyone with an Internet connection:  luxury hotels, subway systems, even Washington DC’s CCTV video-recording systems.

According to security firm Carbon Black, the sum of the ransoms paid to ransomware hackers was $25 million in 2015. For 2016, that number alarmingly thirty-five folded, to $850 million. The average extortion sum hackers demand is one bitcoin, so that means the sector grows its revenues with the price of bitcoin: $300 per ransom for 2015, more than $600 for 2016. 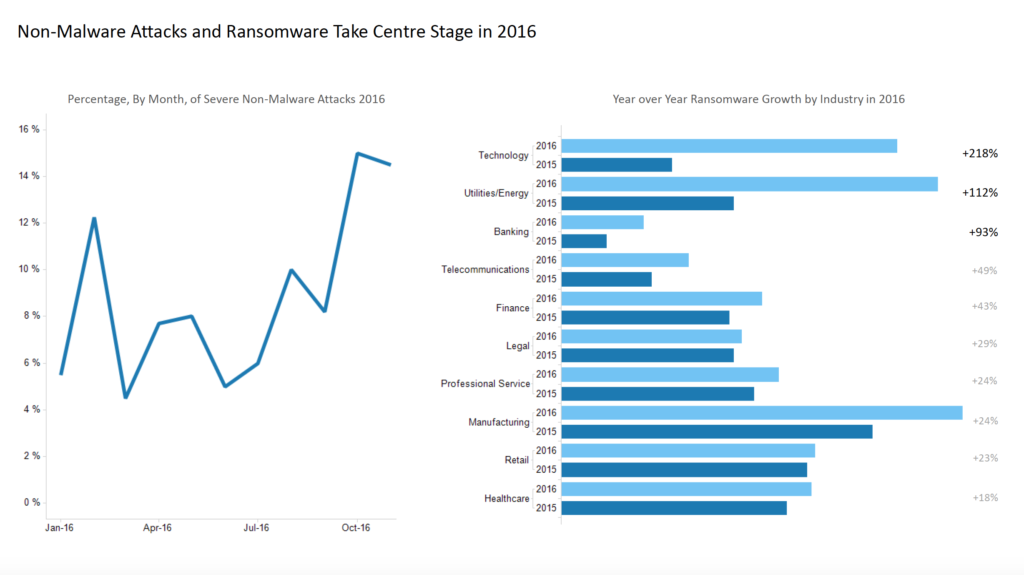 As a defensive tactic against ransomware attacks, corporations have been noted to buy “emergency funds” of 50 to 100 bitcoins to be able to negotiate with hackers.

Bitcoin’s money supply is mathematically capped at 21 million units, and one of the core technological breakthroughs it rests upon is that it makes “double spending” (also known as counterfeiting or seignorage) impossible. This means that bitcoin has unique properties that previously we could find only in “hard money”, such as physical gold and silver. This shouldn’t surprise, as inventor Satoshi Nakamoto compared it to a “metal as scarce as gold”, and the concept of bitcoin was explicitly called an “implementation of Nick Szabo’s bit gold proposal”.

Various studies have shown that on average about 75 percent of bitcoin is not being spent for six months or more. I agree with Needham’s Spencer Bogart’s interpretation that these coins are either dormant, part of exchanges’ cold storage, or “held as an investment in bitcoin as a ‘digital gold’.” In other words, store of value is a very significant use case for bitcoin, likely accounting for well over 50 percent of its value.

Once a bitcoin transaction is registered on the blockchain, it remains there, tamper-proof. That means that across the Internet there is a consensus possible, an unambiguous trail of timestamped transactions. One of the things this allows for is letting machines talk to each other, and transact with one another: the “machine payable web”. Long-term, this could mean self-driving cars autonomously paying for fuel and repairing any malfunctions. But in the short run, there are already practical applications, such as 21 Inc.’s marketplace for callable APIs (application program interfaces) that charge bitcoin micropayments for their services.

Decentralized consensus also potentially allows for the bitcoin ecosystem to decentralize online identity and domain-name systems, and to redefine derivative and prediction markets. That said, it’s important to acknowledge the likely limitations of bitcoin and blockchain technologies, and heed for overenthusiasm. Bitcoin’s primary functions are digital gold and digital cash.

It’s a misconception that bitcoin is the new Paypal or Visa. It could become a dominant internet currency one day, but working through all the scalability bottlenecks will take time. Meanwhile, just like with the internet of the early nineties, bitcoin does have a set of unique and powerful features that allow for solutions appealing to niche audiences.

Today, the bitcoin ecosystem is a booming frontier market, a series of laboratories where entrepreneurs experiment on its innate features of permission-lessness, censorship-resistance, counterfeit-resistance, and decentralized consensus. And as it inches closer to mainstream adoption, the more radical and sometimes illegal uses (such as gambling and ransomware payments) will likely give way market share to uses that have broad appeal (such as machine payments and store of value).

How Should Boards Respond to the FRC’s 2016 Annual Report?

Why Data Transparency Can Fuel Dynamic...