Top Posts
Enabling the Drive Toward Green Finance with Technology
Why Have Tin Prices Struggled in 2022?
The Devil We Thought We Knew
How China Has Managed to Avoid the Inflation Bug
Are Your Bank’s Digital Marketing Metrics Meaningful?
Identifying Beneficial Ownership: A Regulatory Conundrum
Home Brokerage Lloyds in $105-Million Libor-Rigging Settlement with the CFTC
Brokerage 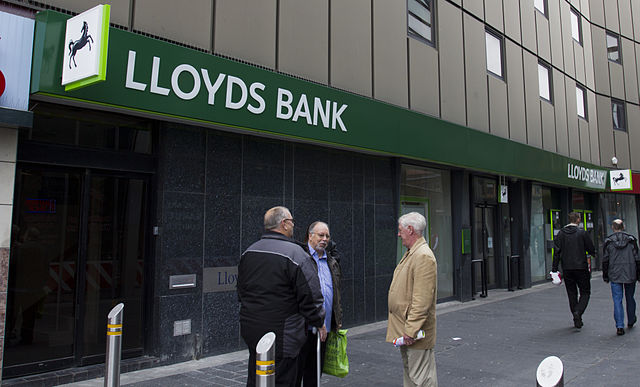 The US Commodity Futures Trading Commission has ordered Lloyds to pay $105 million to settle charges of manipulating the London Interbank Offered Rate, or Libor, for pound sterling, yen and US dollars. The manipulation was done by employees of Lloyds’ TSB and HBOS, the latter bought by Lloyds in 2009. The fine was imposed both on Lloyds Banking Group and Lloyds Bank (formerly Lloyds TSB).

According to the CFTC, employees of Lloyds TSB had on several occasions successfully rigged the pound sterling and yen Libor, and on several other occasions had aided and abetted  Rabobank (headquartered in the Netherlands) traders in manipulating the yen Libor. These actions, the watchdog said, undermined the integrity of the benchmark, which is used in global transactions worth trillions of dollars in financial instruments. Now the group and the bank will have to pay $105 million in a civil monetary penalty and undertake to cease and desist from violating the Commodity Exchange Act.

In a separate action, the US Department of Justice (DOJ) agreed with Lloyds to defer criminal wire-fraud charges in exchange for a penalty of $86 million and the group’s continued cooperation. Yet a third regulator with its eyes set on Lloyds, the UK’s Financial Conduct Authority (FCA), issued a final notice to the group regarding the rate-rigging and fined it £105 million, or about $179 million.

All this was not the end of Lloyds’ problems; in early August, a group of shareholders filed a compensation claim for losses they said they suffered from the HBOS acquisition. The group, named Lloyds Action Now, says the bank concealed from them the truth about HBOS’ actual financial state when it bought it. The investors claim they lost £12 billion in shareholder value from the takeover because the executive suit of the bank did not disclose to them information about emergency government funding to the tune of £25 billion that HBOS had received up to that point. Following the acquisition, the government had to extend a lifeline of £20 billion to the resulting bank. In an additional claim, the group says Lloyds did not disclose to shareholders a loan provided by the US Federal Reserve.

The Lloyds Action Now group spent several years preparing the case and now says it has identified several senior bank officials as being responsible for the loss, including ex-Chairman Victor Blank and ex-CEO Eric Daniels. The group currently includes 7,500 investors, and it has applied for a group litigation order, which will allow as many as 800,000 to join the claim, including institutional investors. Lloyds has to respond to the claim by the end of the year.

Lloyds reported first-half profits of £574 million, down 63 percent on the year, as it had to make provision of £1.1 billion to settle a number of regulatory problems, including the CFTC, DOJ and FCA cases. In addition, the bank has had to allocate £600 million to compensations for payment-protection insurance it improperly sold its customers.

Can the BRICS New Development Bank Compete with the World Bank and the IMF?