Top Posts
Eurozone Inflation Soars to a Record 8.6 Percent in June
Why Fintech Has a Role to Play in the Cost-of-Living...
Global Military Spending Hits a Record High
Could Big Tech’s Iron Grip on Digital Advertising Soon Come...
Can Recent Oil Discoveries Prove to be a Boon for...
Is It Time to Explore an Alternative to Fractional-Reserve Banking?
Home Brokerage Looking Beyond Hong Kong: What Are the Alternatives?
Brokerage

Looking Beyond Hong Kong: What Are the Alternatives? 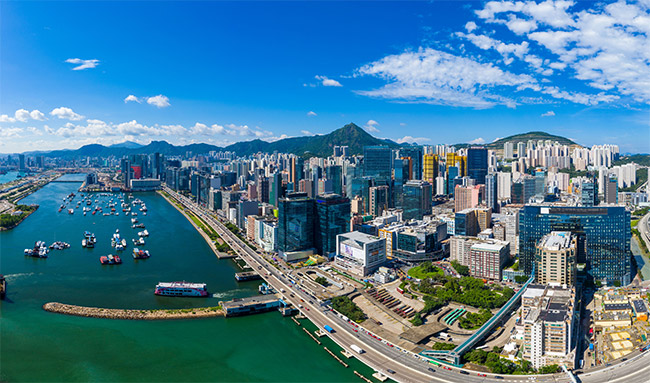 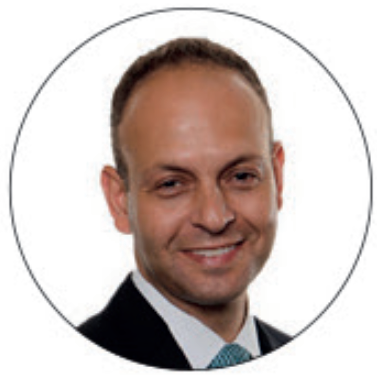 Wealth and fund managers have been keeping a close eye on Hong Kong. Ever since the proposed amendments to a now-abandoned extradition bill were touted by the Legislative Council of Hong Kong in 2019, the special administrative region has faced growing public discontent. In turn, this has been having significant implications on Hong Kong’s attractiveness as a hub for international investment. At the moment, pro-democracy movements are protesting against China’s growing influence in Hong Kong’s domestic affairs, and this has led to standoffs between protestors and pro-Beijing factions.

Anyone involved in Hong Kong knows that rifts between those who support China’s influence and those who are against it are long established. This simmering tension has been present ever since the “one country, two systems” principle was enacted in 1997. Typically, this mounting pressure erupts periodically, resulting in short periods of protests and unrest before eventually subsiding. In recent years, however, these protests have become larger and more frequent. This has left many observers questioning whether the public dissonance currently on show symbolises the beginning of a new era in Hong Kong’s history.

It is difficult to tell at present. The passing of the new security law aimed at preventing foreign interference in Hong Kong suggests that the special administrative region will continue its close alignment with China. The political and economic implications of this alignment will be fully realised over the coming months, particularly as we monitor the international response of states such as the United Kingdom and the United States.

Again, looking at the wider picture, the events unfolding will have an effect on Hong Kong’s status as a global investment hub. With an established presence in Singapore and clients with interests in Hong Kong, Butterfield has noticed a number of trends taking shape. One of the most notable concerns the contrasting manners in which the older and younger generations of Hong Kong residents are managing their assets.

Older generations typically have substantial family, business and real-estate assets in Hong Kong, limiting their ability to release capital and diversify their assets outside of the jurisdiction. What’s more, while members of the older generation have contingency plans in place, they are less likely to leave Hong Kong. For the younger generation, who are growing their wealth and are less entrenched or loyal to the jurisdiction, this is less likely to be the case.

How have the protests affected Hong Kong’s financial position?

Hong Kong has long been considered a gateway to the emerging markets of Asia. Alongside Singapore, international companies and fund managers have sought to establish a presence in Hong Kong to take full advantage of investment opportunities in the region, while being based in an environment that is welcoming to foreign nationals. More than 1,500 international firms have their regional headquarters in Hong Kong, including more than 300 US enterprises.

Naturally, mounting instability has brought into question the long-term viability of Hong Kong as a base within the Far East, which has been having a notable economic effect on the region over the past year. In the second quarter of 2019, Hong Kong officially slipped into a recession; foreign direct investment (FDI) fell by 47 percent in 2019 to US$55 billion [i].

In times like these, it is important to look back and see what lessons history can teach us. The United Kingdom’s return of Hong Kong to China in 1997 is the most obvious comparison to draw. Twenty-three years ago, in response to all of the uncertainty surrounding the transition, there was a noticeable flight of international and domestic capital to other markets. While it is difficult to put an exact figure on this, an analysis using the hot-money method estimates that Hong Kong’s capital flight totalled US$29.25 billion [ii] between 1998 and 1999.

So, where did investors turn? In short, they levitated to British Overseas Territories and crown dependencies, where legal and regulatory systems were modelled on the UK’s—places such as Singapore, Bermuda, The Bahamas and The Cayman Islands. The influx of capital into these jurisdictions was well received by the local authorities, who welcomed stable flows of foreign direct investment.

With an established presence in these places, Butterfield has been assisting clients who were involved in this exodus of capital from Hong Kong in the 1990s, while at the same time establishing these jurisdictions as attractive offshore investment locations. Now, we are again seeing rising interest from Hong Kong residents wishing to set up new relationships outside of Hong Kong. The question we are asking ourselves is whether we are likely to see a second exodus of capital in the coming months. Regardless, the facilities are in place to receive a sudden surge in the movement of capital to these offshore jurisdictions in the coming months.

Alternatives in the region

Having looked at the trends that shaped the 1997 exodus of capital, there are a few standout locations that look likely to garner the interests of investors currently involved in Hong Kong.

Singapore, for example, is ideal for those seeking a foothold in a stable market with immediate access to emerging and established economies. Last year, a survey by Singapore’s American Chamber of Commerce revealed that out of those businesses looking to relocate from Hong Kong, 90 percent [iii] identified Singapore as their top choice. In 2019, the city-state received approximately $92 billion in foreign direct investment, up from $72 billion in 2018. Among its accolades, Singapore regularly tops the World Bank’s Ease of Doing Business (EDB) rankings; it also boasts one of the region’s fastest-growing insurance and wealth-management hubs and an economy renowned for competitiveness, innovation and growth.

Of course, there are some natural limitations. While Singapore is indeed regarded as a business and investment gateway into Southeast Asia, it does not have the same levels of access to China as Hong Kong does. Furthermore, the equity capitalisation of Singapore’s stock market is $665 billion—a dwarf when placed alongside Hong Kong’s $4 trillion.

In this globalised world, the ability to move capital does not have to be limited by geography. If we take into account the impact of COVID-19 on global economies, investors must also be seeking markets that are resilient with proven track records of quickly recovering from periods of economic downturns.

Looking at the world’s leading investment hubs, London remains a popular choice. Long renowned for its diverse range of investment opportunities, including prime property, London attracted 2,257 [iv] FDI projects between October 2014 and September 2019—the highest out of all of Europe’s major cities. It is also regarded as the financial capital of Europe, serving as the European headquarters for around 60 percent of companies listed on the Fortune 500 ranking. Even with the challenges posed by COVID-19 and ongoing Brexit uncertainty, London is still performing significantly better as a hub for investment when compared to its international counterparts. According to Bureau van Dijk, the UK capital has attracted significantly more greenfield FDI projects than Singapore, Paris, Dubai, New York or Shanghai.

Singapore and London are just two examples of alternative market destinations to be considered by wealth and fund managers looking outside of Hong Kong. Of course, should the civil unrest in Hong Kong slowly subside, which seems to be the case at present, there is also a valid case for capital to remain in the special administrative region. The decision really does depend on how events transpire over the coming months and whether we witness another significant round of protests.

Financial markets crave stability. At the moment, Hong Kong is struggling to provide this. Two opposing forces are trying to steer it in different directions. Without a clear destination in sight, Hong Kong is losing out from the benefits either path could offer, be it alignment with China or a move towards democracy. Only by committing to a course will it instil the confidence needed for international businesses and investors to remain committed to Hong Kong, ensuring it remains a global hub for trade, commerce and investment.

Trade in the Shadow of COVID-19: Going Forward Together, Not Apart