Top Posts
Digital Transformation For Financial Systems In A Changing World
How Gamification is Catapulting Digital Banking to the Next Level
Challenges Remain, But There Are Opportunities to Be Had in...
Interview with Mr. Olukayode Pitan, Chief Executive Officer and Managing...
Commodities Outlook for 2023
The Value of Cash in a Time of Crisis: How...
Home Brokerage Making a Case for European Equities
Brokerage

Making a Case for European Equities 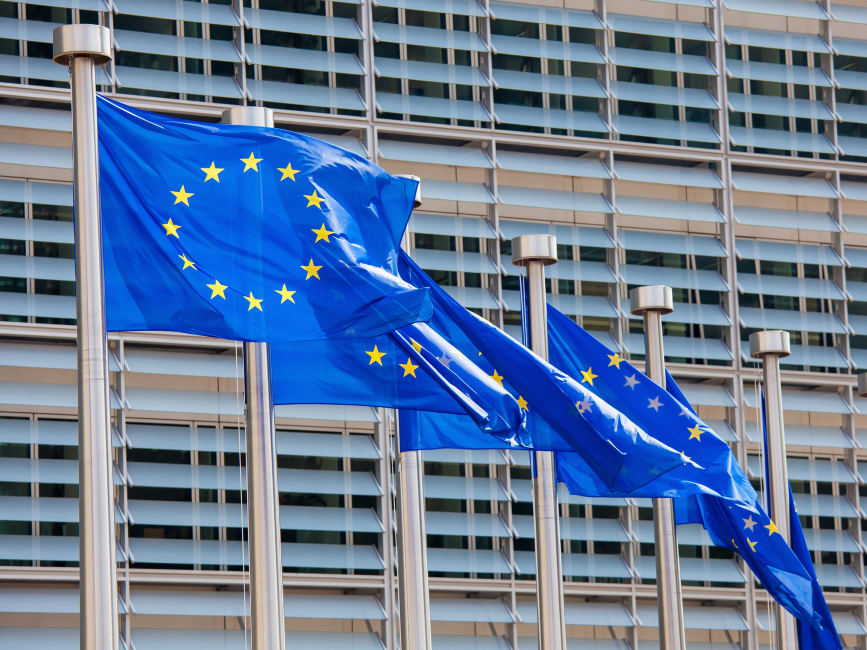 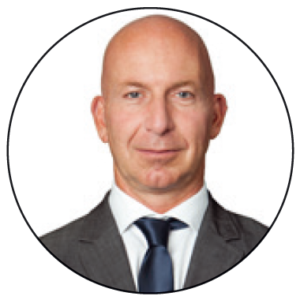 One of the first things that comes to my mind when I think of Europe is the relative return in European and American equity markets. The majority of European investors, both private and institutional, still have home biases. Relative performance is thus an important question for many investors, especially when they realize that US equities dominate global equity markets. In the commonly used gauges for equity investors, such as the MSCI World Index, US stocks have a weight of more than 60 percent, while Europe’s representation is barely 17 percent.

Big differences in returns between Europe and the United States

What makes the question really important—and also sensible—is the fact that returns between the different geographies are quite different, not only in the short run but also in the longer run. The performance of a European investor with less than 60 percent of his portfolio invested in US stocks will lag the world index for a long time because of the superb performance of US equities. For example, in the last 35 years, European equities (taking the Stoxx Europe 600 Index as the benchmark) returned 7.35 percent on average per year, while the S&P 500 Index returned 11.11 percent on average annually. With compounding returns over such a period, your investment would have increased 12-fold in Europe against almost 40-fold in the United States. Quite a difference! US markets have also outperformed those in Europe in long-term statistics, but that difference is limited to 1 to 2 percent a year.

For shorter periods of time, those differences in performance are even bigger. Since the global financial crisis, measured from January 1, 2009, until now, the US has returned 15.4 percent a year on average. That’s almost five percentage points higher than Europe, which also performed pretty well—but at 10.5 percent, not as well as the US. And what about the period from January 2020 until today? Sixteen percent for European, 39 percent for US stocks. 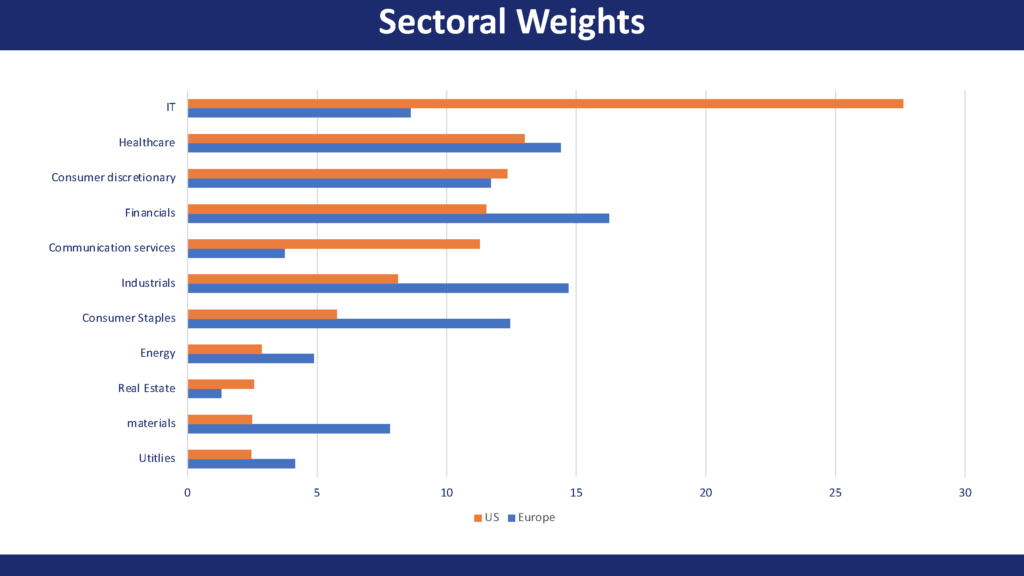 So, with this divergence growing, I think there is room for Europe to make up a bit. The reason for that is the phenomenon of mean reversion. Although hard to time, reversion to the mean is broadly seen in financial markets. After an extended period of diverging returns, it is about time for some reversion—with Europe outperforming the US. Of course, you need an impetus to revert. Possible triggers could be earnings growth, the composition of equity markets and any sustainable aspects that come along.

From multiple expansion to earnings growth

Let’s start with earnings. Earnings growth, in the long run, is the biggest driver of equity performance. Next come interest rates. Especially in the last couple of years, lower interest rates resulted in higher equity prices and valuations. With rates close to zero, that driver seems less of a tailwind and maybe more of a headwind in the near future. So, in my opinion, the key driver of returns has shifted from multiple expansion to earnings growth.

We expect earnings growth in the US and Europe to be more in line in the forthcoming years. In our view, S&P 500 earnings growth will face some headwinds. Operating margins may contract in 2022 because of rising wages, slowdowns in productivity, increases in interest and depreciation expenses, and potential tax hikes. On the revenue side, US GDP (gross domestic product) growth is slowing, and corporate pricing power is waning. It, therefore, becomes more difficult to pass on rising costs to customers. And for the first time in years, earnings-growth expectations in Europe are somewhat higher than in the US.

The valuation difference has never been this large

With regard to valuation, the S&P 500 is now trading at 20.5 times forward multiples, which is still expensive, while the Stoxx Europe 600 is trading at 15.5 on this metric. Although European markets have always been a bit cheaper, the difference is historically great at the moment. 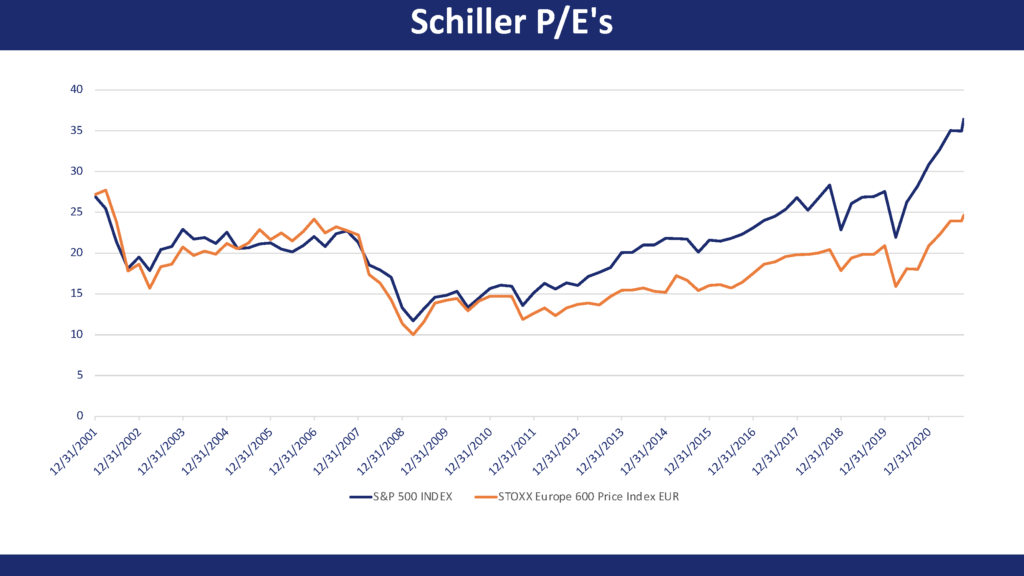 Longer-term valuation metrics, such as the well-known Shiller price-to-earnings (P/E) ratio, are hinting at Europe’s success as well. The price-to-earnings ratio is based on average inflation-adjusted earnings from the previous 10 years, known as the cyclically adjusted price-to-earnings (CAPE) ratio. Using average earnings over the last decade helps smooth out the impact of business cycles and other events. It gives a better picture of, in this case regional, sustainable earnings power. The Shiller P/E for the US is 35 nowadays, almost as high as in its heyday in 2000, while Europe is trading at a still above-average 23 times. The difference has never been this big. It is remarkable to see that until 2002, these P/Es were almost perfectly in line. Only in the past 20 years have they started to diverge. The Shiller P/E can be used to assess likely future returns from equities over a timescale of 10 years, with higher-than-average CAPE values implying lower-than-average long-term annual average returns.

The reciprocal of this Shiller P/E gives you the expected annual return for the next 10 years; so, that would be 2.85 percent per annum for the US and 4.35 percent for Europe. Quite a difference and both really low compared to historical trends, but this, too, can be explained by some reversion to the mean after a very strong period.

And do not neglect the dividend yield, which in Europe is 2.7 percent on average versus 1.9 percent for the US. Assuming that the interest rate will no longer be a positive driver of equity valuations and in line with Shiller P/Es, it is safe to expect lower returns in the coming period than what we have been used to during the last couple of years. This means that the direct return, or dividend, will play a more important role in the total return on equities.

From growth to value

If we look at the composition of both equity markets, we see big differences in sector weights between the US and Europe. The tech-heavy US market has a higher concentration of so-called growth stocks, while Europe is more value-driven with its big financial sector. The value stock gets its name from being attractively valued—compared with the growth stock—based on the P/E ratio, for example. If you believe in higher future interest rates, these rising rates will put the valuations of the riskiest asset classes under pressure. This is what we saw in the first quarter of this year, and this situation usually adversely affects growth stocks in particular.

Finally, Europe lies ahead of the US in reducing carbon emissions. Europe’s share of companies that are industrial leaders on this matter is significantly higher than that of the US. This corresponds with research showing that Europe is adapting better to climate change than the US. Next to that, the US is geographically more vulnerable to climate change than Europe. Think about hurricanes, bushfires and floods. Climate-change preventing or adapting solutions will attract investments in the coming years, supported by governments willing to spend. Solutions may come from all kinds of sectors, but I think especially the industrial sector will make the difference. With its relatively large industrial sector, Europe will have an advantage over the US.

Although I’m very happy that we have used the MSCI World Index as the benchmark for equities for many years and, therefore, have not had to consider a benchmark change, I think that from a tactical point of view, overweighting Europe versus the US is justified. A consideration for those investment managers struggling with their home biases and what to do might be to ask your clients and leave their choices to them.

ABOUT THE AUTHOR
Bob Homan has been Chief Investment Officer at ING since 2008. He is responsible for the investment outlook and policy of ING Bank. His department analyses equities, bonds and mutual funds, handles portfolio management for Dutch clients and manages communication on financial markets.
Back To Top
Bob HomanBrokerageEuropean EquitiesInflationINGMSCI World IndexS&P 500Shiller P/EStoxx Europe 600 Index
0 comment 0 FacebookTwitterPinterestEmail
previous post

DeFi Lending: When Will It Threaten Traditional Lenders?