Top Posts
Is It Time to Explore an Alternative to Fractional-Reserve Banking?
Can AgTech Prove Instrumental in Helping to Feed the World’s...
Can the Indo-Pacific Economic Framework Expand US Economic Influence in...
Banks Remain Uniquely Vulnerable to Sophisticated Cyber-Attacks
Western Banks Willing to Accept the Short-Term Pain of Russian...
Why the US Is Ramping Up Its Presence in Somalia...
Home Brokerage Rare-Earth Elements: Will China Continue Its Market Dominance?
Brokerage 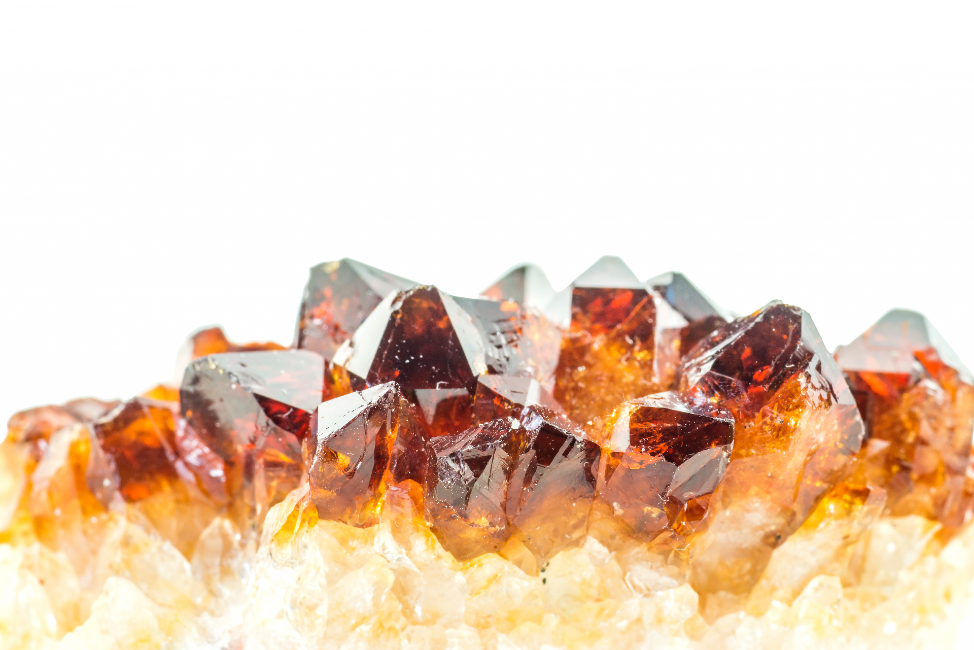 “The Middle East has its oil, China has Rare Earths; China’s Rare Earths deposits account for 80 percent of identified global reserves, you can compare the status of these reserves to that of oil in the Middle East,” Deng Xiaoping, a past leader of the People’s Republic of China, remarked back in 1992. “It is of extremely important strategic significance; we must be sure to handle the Rare Earth issue properly and make the fullest use of our country’s advantage in Rare Earth resources.” It would seem that today, this advantage that China’s former leader highlighted is being capitalised on to its fullest potential ever.

The term rare earths refers to a group of 17 minerals that are used extensively in a multitude of important applications, from consumer electronics to military equipment. Typically, they are mined as ore and then extracted as a rare-earth compound. Most of them have long, almost unpronounceable names such as ytterbium, used in the manufacturing of televisions, computer monitors and cancer drugs; praseodymium, employed in magnets and metals contained in aircraft engines; thulium, used in microwaves; and dysprosium, utilized as a crucial component of wind turbines and electric vehicles. They are also heavily harnessed for a wide range of consumer electronics, such as smartphones—the iPhone, for instance, uses more than a dozen rare earths and rare metals, such as for its Taptic engine to make the phone vibrate—as well as rechargeable batteries and computer memories.

Other important applications include laser-guided missiles and other military hardware. Indeed, the rare-earth segment has its roots in the Manhattan Project of World War II, which developed the atomic bomb. But while the United States may have been the rare-earth pioneer back then, it is China that has achieved overwhelming dominance in this market over the last few decades—to such an extent that today, the US currently has no operational production facilities for rare earths. As a Department of Commerce report acknowledged last year, the US lacks “the domestic capability to manufacture REE-based high performance magnets from the separated and purified material” and that it “must send the concentrate to foreign facilities to perform this process”.

China, meanwhile, saw its production of rare earths rise from 120,000 metric tonnes (mt) to 132,000 mt. And just to underline its global dominance, at around 44 million metric tonnes, China boasts more than one-third of the world’s total rare-earth reserves. To put that in context, the US comes in as a distant runner-up with 2019 production and reserves at 26,000 mt and 1.4 million mt, respectively. Indeed, the production process is only economically viable in a few regions of the world, with China again dominating this particular list. As such, China currently produces around 90 percent of the world’s total output of rare earths, according to research firm Adamas Intelligence, whilst also accounting for approximately 70 percent of the world’s exports. All of this has been achievable thanks to decades of support for the sector from Beijing, mostly through investment and production subsidies.

But could a recent directive from the US government give the lagging US rare-earth industry the shot in the arm it so badly needs? On September 30, the Trump Administration signed an executive order that declared a national emergency in the mining industry, in a move designed to boost the production of rare-earth minerals. The order directed the Department of the Interior to use the Defense Production Act of 1950 to hasten the development of mines, something it had already done during the COVID-19 pandemic to expedite the production of medical supplies. The action also followed commitments made last year by the Pentagon that it would use the Defense Production Act to fund mines and processors, with the government planning to apportion $209 million in public funds to the rare-earth sector.

But whether this measure leads to a significant boost in domestic production for the US remains to be seen. “The availability of good finance, technical development of flowsheets and securing downstream consumers for their products all remain key barriers to entry which must be overcome,” acknowledged David Merriman, a manager at commodity-research firm Roskill.

Indeed, Molycorp provides a clear example of how such challenges can prove crucially restrictive. At one time, North America’s sole rare-earth producer, the company filed for bankruptcy in 2015, having amassed debts of $1.7 billion. That said, having purchased Molycorp’s assets in 2017, rare-earth miner MP Materials announced in July that it would go public in a $1.47-billion deal involving hedge-fund owners JHL Capital Group and QVT Financial LP, folding their stakes into Fortress Value Acquisition Corp, a special-purpose acquisition company.

“We’ve certainly learnt that a single point of failure in the global supply chain for anything critical is a significant challenge,” James Litinsky, MP Materials’ chief executive officer, told Financial Review in September, adding that rare earths are essential to millions of future jobs in high-tech sectors. “That is trillions of dollars of gross domestic product that, if we don’t build a supply chain in the western hemisphere, is going to be solely reliant on that single point of failure in China.” With the US currently importing a hefty 80 percent of its total imported rare-earth compounds and metals from its Asian rival, there has been mounting concern that the ongoing trade war between the two countries could cause China to cut back on its exports of rare earths, a move with which it has threatened the US previously.

Thankfully for the US, it does appear to be gaining support from its allies in a joint bid to diversify away from China, with Japan announcing in February that it would cooperate with the US and Australia to invest in rare-earth metal-processing facilities. Japan similarly imports a hefty 58 percent of its rare-earth supply from China and, as such, is actively seeking to lower its dependence on its neighbour. And in Australia’s Lynas Corporation, there is clear evidence that the global rare-earth market does not wholly begin and end with China. As the world’s largest non-Chinese producer of rare earths, Lynas currently commands around 14 percent of the global share in this market. And having signed a deal last year with leading US processor of rare-earth products Blue Line Corporation, it plans to build rare-earth processing plants in Texas, focusing mainly on the less common heavy-rare-earth segment.

But if the US is to clawback any market share, it must first acknowledge just how ambitious China’s plans are going forward. Its Made in China 2025 initiative, for example, is a national strategic plan to further develop China’s manufacturing sector and turn the country into a high-end producer. This will most likely involve developing a number of economically significant industries, many of which will require substantial volumes of rare-earth elements, including electric vehicles (and their batteries), which it already dominates; aerospace engineering; and electrical equipment.

As is the case with many commodities, however, rare-earth prices have suffered considerably in 2020 as the coronavirus pandemic and the resulting government directives to contain the virus triggered a massive downturn in global economic activity. Prices for cerium, lanthanum, neodymium and praseodymium were particularly affected, reportedly experiencing declines of 5 to 8 percent in the second quarter versus the previous quarter. But many see this bearishness as being only a temporary pandemic-induced blip.

Speaking to Investing News, Luisa Moreno, managing director at Tahuti Global, observed that more than half of the total production in top producer China was impacted during the first few months of the year. “Demand was weak because of downstream manufacturing closures, and overall distribution was disrupted by traveling restrictions,” Moreno said, adding that most production had returned and supply should remain resilient as long as the virus remains under control in the country’s most important rare-earth-producing regions. “It seems that overall there have not been major concerns about supply, even once downstream manufacturing restarted,” she added. “It should be noted that end users (both defence and industrial) usually keep stockpiles of critical materials, which offers some cushion during supply chain delays.”

In terms of gaining exposure to the rare-earth market, one of the most popular methods for investors is through exchange-traded funds (ETFs), particularly the VanEck Vectors Rare Earth/Strategic Metals ETF (NYSEArca: REMX). This fund aims to replicate the performance of the MVIS Global Rare Earth/Strategic Metals Index (MVREMX), which itself seeks to track the performance of the largest and most liquid companies in the global rare-earth and strategic-metal segment. It does this by including only the firms that generate at least 50 percent of their revenues from rare earths and strategic metals or that have mining projects that have the potential to generate at least 50 percent of their revenues from rare earths and/or strategic metals when developed. Such companies typically include refiners, recyclers and producers of rare earths, strategic metals and minerals, and, not surprisingly, more than 40 percent of them are based in China.

Six Ways That Tech Is Being Used to Combat COVID-19