Top Posts
Challenges Remain, But There Are Opportunities to Be Had in...
Interview with Mr. Olukayode Pitan, Chief Executive Officer and Managing...
Commodities Outlook for 2023
The Value of Cash in a Time of Crisis: How...
The US-Africa Leaders Summit: Fostering a Closer Relationship with the...
Three Key Sectors in Which to Invest in 2023
Home Brokerage Ripples in the Crypto World: Systemic Risks in Crypto-currency Markets
Brokerage

Ripples in the Crypto World: Systemic Risks in Crypto-currency Markets 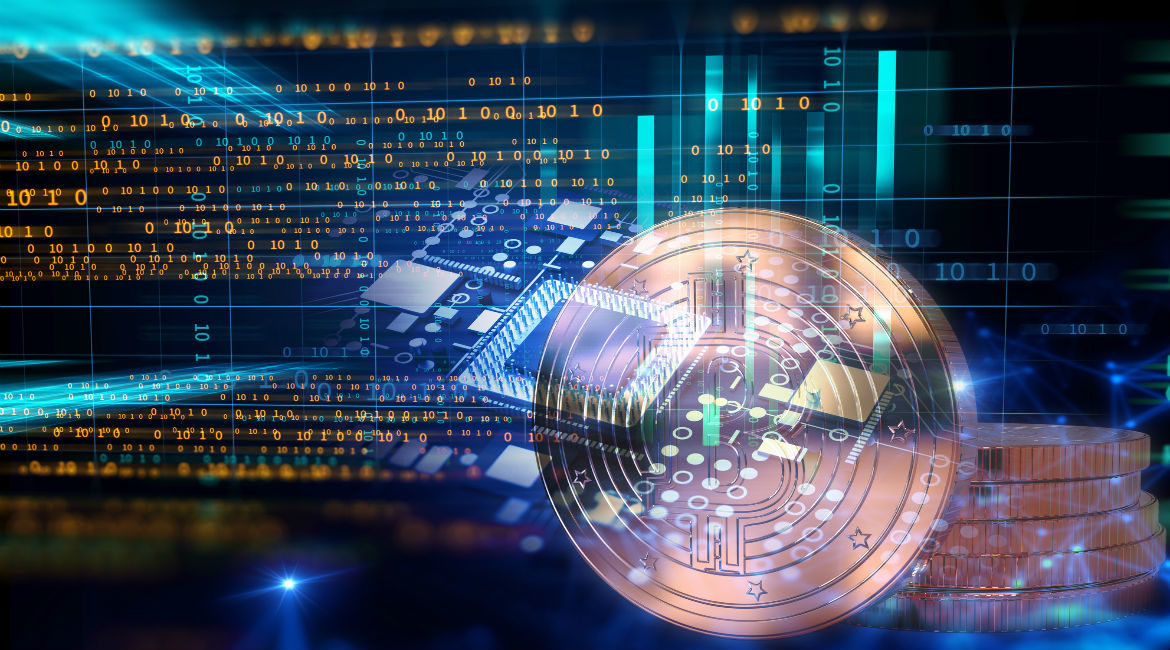 The rise of the crypto assets

On May 22, 2010, an early bitcoin adopter Laszlo Hanyecz made what is assumed to have been the first bitcoin transaction, paying 10,000 bitcoins (BTC) for two pizzas. At the time, Hanyecz did not imagine that only eight years later, 10,000 BTC would be worth around $9 million. Neither did thousands of retail investors—who, over the last eight years, have pumped billions of their savings into crypto-currencies, making millions on their exponential rise around November 2017 to January 2018, before seeing their newfound wealth diminish by more than 50 percent in the blink of an eye.

It is, by now, an accepted wisdom that crypto-currency markets have been evolving with volatility and uncertainty hereto unknown of any other asset class in recorded history, including the Tulip Mania that used to reign as the biggest investment bubble of all times, until blockchain was invented.

Unlike normal currencies, the supply of which is provided by central banks, bitcoin’s supply and distribution relies instead on a technology called blockchain. Bitcoin, free of central control and intermediaries, has experienced through the years of its existence both tremendous returns and exceptional volatility. From $.0008, its first USD/BTC exchange rate published on October 5, 2009, it has increased up to its record high of $20,089 on December 17, 2017, before plunging to $6,048.26 on February 6, 2018. In the footsteps of bitcoin, other major crypto-currencies have gained significant investor attention and market share, including ethereum and ripple.

The disruptive explosion of volatility and exponential growth rates in valuations, to which crypto-currencies have accustomed us, have inevitably led to a steep increase in media interest, attracting a growing number of investors that see in crypto-currencies a new financial asset class on which to speculate. It also has drawn the attention of researchers and regulatory authorities, keen on understanding the risks involved in the new assets’ markets. To date, the literature on cryptos, specifically bitcoin, includes the following key findings.

Firstly, the frequency distributions of the bilateral BTC exchange rates to major currencies show strong evidence of kurtosis: extremely high-volatility events of several standard deviations from the mean occur with high empirical probability. Secondly, bitcoin returns appear to show a fractal property called self-similarity. In the presence of this property, patterns in returns appear to repeat on different time scales. Put differently, fad-like spikes and collapses in value tend to happen in bitcoin markets at daily intervals, as well as in weekly and monthly frequencies. Thirdly, within high-volatility periods, bitcoin appears to exhibit price “stickiness”.

All of the empirical findings strongly indicate that bitcoin, as well as other crypto-currencies, suffer from extreme degrees of investor herding. Retail investors, as well as professional investors specializing predominantly in crypto-currencies, especially bitcoin miners, tend to follow the same news and react in mutually reinforcing ways to this news. They also tend to ignore, by and large, information flows relating to other asset classes and broader macro- and microeconomic environments. Herding in crypto-currency markets has been linked to another behaviouralbias: the tendency of investors to engage in regret aversion. This fear of missing out on investment gains reinforces herding effects. It is highly contagious and sharply pronounced amongst crypto-currency investors.

These features of the crypto-currencies taken together present severe risks to the systemic stability of the new markets, with a potential for contagion to the broader financial system.

In the 1990s, in an attempt to provide a more realistic description of financial markets, Edgar Peters proposed the Fractal Market Hypothesis (FMH). FMH postulates that market stability is achieved when the investors trading in the markets make repeatedly consistent, or self-similar, decisions across different investment time horizons. When this self-similar structure breaks down—namely, when the long-term investors either stop trading or shorten their investment time horizon—the market becomes unstable, leading to periods of high volatility. Severe corrections, such as flash crashes, as well as large and longer-term shocks, such as those experienced during the global financial crisis of 2008-2009, follow.

The FMH stands in contrast to the mainstream view of the asset markets described by the Efficient Market Hypothesis (EMH). Under EMH, systemic crises and tail-risk events are simply impossible, and markets naturally tend toward informationally perfect equilibrium either instantaneously or over a short period of time, integrating any relevant new information about assets’ fundamentals into quoted prices.

The FMH also claims that during periods of severe crises, markets can be dominated by short-term information imperfections, and herding and regret-aversion biases. In other words, in markets governed by the FMH, liquidity crashes can result in long-term crises, so that short-term tail risks can translate into long-term ones. In such a setting, contagion from one asset class to another is possible simply through the investors’ behavioural choices.

None of these dynamics are possible under the EMH.

As crypto-currencies’ intrinsic value is extremely difficult, if not impossible, to define and assess, the FMH delivers a more plausible framework for understanding their extreme volatility.

Plots of the daily returns to ethereum (ETH), ripple (XRP) and bitcoin (BTC) show strong evidence of extreme events (tail risks) and severe concentration of trading around the mean:

In a recent paper, we have attempted to systemically analyze FMH-consistent behaviourof bitcoin, and two other leading crypto-currencies: ethereum and ripple. Our data shows that all three crypto-currencies’ returns are dominated by short-term investors’ decisions, taken in moments of high volatility in the markets.

Some of these characteristics might be the reason to view crypto-currencies as having potential intrinsic value, primarily due to their deflationary potential and blockchain technical back-office potential. A derivative argument to this is that while younger cryptos’ valuations may lack connection to defined fundamentals, longer-traded crypto-currencies, namely bitcoin and ethereum, are maturing in the direction of establishing such connections.

In effect, our study tested the data on three leading crypto-currencies for any evidence of deeper intrinsic valuations behind the currencies’ returns and for evidence of evolution of these markets toward informational maturity. We found none.

Our results show that all three main crypto-currencies exhibit FMH-consistent behaviour, with ethereum and ripple behaving largely randomly. While bitcoin shows some weak signs of market maturity in terms of the currency responses to information flows, ethereum and ripple valuations do not support an idea that the crypto-currency markets are improving from information and risk-pricing perspectives.

Intrinsic instability of the crypto-currencies markets and systemic risk

All of the above, combined with other evidence on the bubble-like properties of crypto-currency pricing, suggest that crypto markets are subject to severe in magnitude and rapidly propagating risks, reflected in their tremendous volatility.

Our analysis shows that cryptos are subject to extreme, or systemic in magnitude, volatility not only in downside price shifts but also during periods of positive price movements. In other words, investors’ bidding crypto-currencies up triggers more investors to flood into the markets, exacerbating upward pressure on prices. In this context, BTC offers a slightly different picture. BTC is driven by “mine-and-hold” investment strategies that provide their own herding and regret-aversion dynamics. In a strange twist of fate, BTC—the crypto-currency that originated with the promise of becoming a transactions vehicle for the real economy—is now behaving more as a longer-term speculative asset than both XRP (ripple) and ETH (ethereum).

In his letter to shareholders, published in 2000, Warren Buffett warned investors of exactly this scenario. “The line separating investment and speculation, which is never bright and clear, becomes blurred still further when most market participants have recently enjoyed triumphs. Nothing sedates rationality like large doses of effortless money. After a heady experience of that kind, normally sensible people drift into behaviour akin to that of Cinderella at the ball. They know that overstaying the festivities…will eventually bring on pumpkins and mice. But they nevertheless hate to miss a single minute of what is one helluva party. Therefore, the giddy participants all plan to leave just seconds before midnight. There’s a problem, though: They are dancing in a room in which the clocks have no hands.”

The behavioural nature of crypto-currencies processes, their extreme exposure to liquidity risks (investors’ herding and regret aversion) coupled with “mine-and-hold” strategy-induced concentration of ownership represent two key contagion channels for risk propagation within the crypto-currency markets and beyond.

These channels are largely ignored by the financial regulators so far. A good example of this ignorance was provided at the U.S. Senate Committee on Banking, Housing, and Urban Affairs’ hearing on the subject in February. During his testimony, CFTC (Commodity Futures Trading Commission) Chairman J. Christopher Giancarlo said that, in terms of systemic risk, “Right now, this is still a relatively small market, just by ratio, but… we have to watch it, and watch it carefully”.

In effect, this statement is equivalent to averting the regulatory gaze away from the ticking time bomb sitting at the side of the broader financial system. Firstly, the ranks of crypto-currency investors have grown rapidly, especially amongst younger demographics. According to a recent survey, 9.19 percent of US Millennials (18 to 34 in age) today would invest their money in crypto-currencies, compared to just 4.04 percent of Generation Xers (35 to 54) and 3.08 percent of Baby Boomers. Institutional investments in the market have been rising exponentially in recent months, as major platforms, such as Coinbase, are gearing toward inflows of institutional money.

Overall, the regulators’ lack of concern with systemic risks in cryptos is based on misinterpreting the key drivers for potential contagion from the crypto-currency risks to the general financial markets. Bitcoin and other new digital-currency investment-vehicle volatility is driven by investor sentiment, speculative fads and extreme herding. At the same time, demographically, the investor base for these new assets is becoming more and more important in traditional asset markets. This induces a strong crosslink between equities and debt markets, and crypto-currency markets. The Cinderellas of crypto-currencies might still be a minority at Wall Street’s ball, but their numbers are growing, just as their behavioural volatility is becoming normalized in the crypto world.