Top Posts
How Gamification is Catapulting Digital Banking to the Next Level
Challenges Remain, But There Are Opportunities to Be Had in...
Interview with Mr. Olukayode Pitan, Chief Executive Officer and Managing...
Commodities Outlook for 2023
The Value of Cash in a Time of Crisis: How...
The US-Africa Leaders Summit: Fostering a Closer Relationship with the...
Home Brokerage Robinhood and the Ethical Issues Facing Fintech
Brokerage 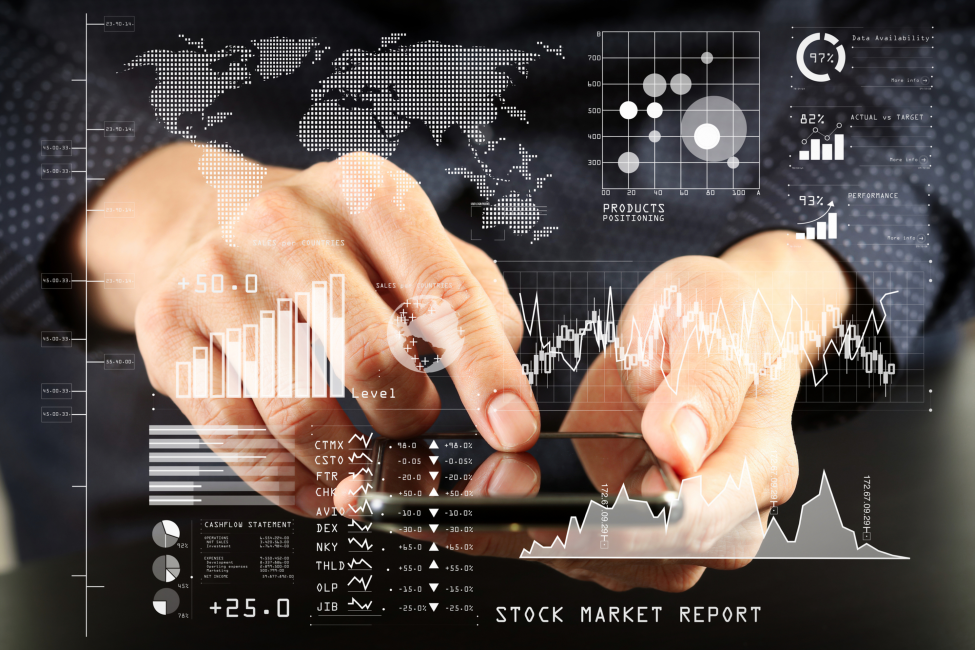 On June 20, 2020, it was reported that 20-year-old Alexander Kearns, a student at the University of Nebraska, had taken his own life after believing he had racked up more than $700,000 in losses by trading options using the popular Robinhood investing app.

A screenshot taken from Kearns’s mobile phone revealed that his account showed a negative balance of $730,165. But this may not have represented the amount he was due to repay; rather, it was a temporary balance that had yet to account for the stocks underlying his options positions that had not settled in his account. As such, Kearns may have misunderstood how the app calculated his overall balance.

It remains unclear what exactly Kearns believed had happened; nonetheless, the app’s display for his account made it seem as if he had incurred disastrous losses. It has been confirmed, however, that he was new to options trading and that there was little oversight of the transactions he was making. And even by his own admission, Kearns stated in his note that he had “no clue” what he was doing. “How was a 20 year old with no income able to get assigned almost a million dollars worth of leverage?” the note left by Kearns to his family read. “There was no intention to be assigned this much and take this much risk, and I only thought that I was risking the money that I actually owned.”

Robinhood, which first launched in 2013, makes it possible for its users to trade financial products without having to pay a commission or deposit a minimum sum. In fact, its motto is “investing for everyone”. This is a powerful slogan in support of the democratisation of finance. But, of course, with great power comes great responsibility. And in the wake of Kearns’s suicide, questions continue to persist over whether such trading apps are operating responsibly, especially given how popular they have become.

For some, the experience of trading on Robinhood’s platform feels like a game. Signing up for an account rewards the user with a small slice of free stock, while the screen turns different colours depending on the user’s performance: green when up and red when down. It even awards the user with digital confetti upon completion of certain successful transactions. “Robinhood feels very gamified. The act of trading stocks was boring for a really long time, and even today, if you do it through Charles Schwab, it would seem boring. Robinhood makes it feel frictionless and fun and easy, and it can be very, very addicting,” Noah Whinston, who founded Immortals, an eSports franchise, told US news publication Vox. “I’m well aware if I put a lot of money into Robinhood, I might allocate that in ways that are not the smartest but instead based on short-term serotonin hits.”

And it would seem that this addictiveness has attracted users to Robinhood’s platform in droves. Indeed, the user base for Robinhood has exploded from just one million in 2016 to more than ten million by the start of this year and has added at least three million more users during the first half of 2020. And with just a few taps of a smartphone, a user with no investing experience can gain access to a world of risky assets. But if said user does not understand the nature of the risks that accompany taking positions, the consequences can be grim—indeed, fatal, as in the case of Alex Kearns. With Robinhood proving especially popular amongst the Millennial generation, many of whom are new to the world of investing, it would seem that a tragedy such as that of Kearns was always waiting to happen.

Bill Brewster, Kearns’s cousin by marriage and an analyst at Sullimar Capital Group, stated that he believes Robinhood underestimates its responsibilities. “You are playing with real fire to allow inexperienced people to play with the riskiest of financial instruments,” he said. “There is always personal responsibility, of course. But as a society, I think we owe youth some sort of oversight, and it feels like someone was asleep at the wheel there.”

Other questions have been raised regarding Robinhood’s business model, not least from members of the US Congress, who have expressed serious reservations about the safeguards in place for investors. Illinois Representative Lauren Underwood along with Illinois Senators Dick Durbin and Tammy Duckworth wrote a letter to the company, questioning how Kearns, who described himself as a “20-year-old with no income”, was approved by Robinhood to trade options using margin, as well as highlighting other dubious incidents that have occurred, including when users “appeared to have been locked out from making trades for up to 17 hours during a period of historic market volatility”.

As such, it is with both tragedy and a sense of irony that such solutions—and specifically derivative products, which were so severely maligned following the 2008 financial crisis—have once again raised serious ethical debate surrounding consumer protections. It is also worth reminding ourselves of the specific conditions present within the finance industry prior to the 2008 financial crisis that sparked the development of fintech (financial technology) in the first place: namely, the recklessness and exclusionary nature of traditional finance. With upstart fintech companies disrupting this space and promising a significantly more inclusive environment by catering to much wider and more economically diverse demographics, it has meant that anyone and everyone has access to a broad range of offerings.

But this broad accessibility comes with its own set of dangers, as the Robinhood incident demonstrates. Understanding the basics of options trading is far from straightforward, let alone having enough confidence to trade them. And given that such complex financial products can carry potentially massive amounts of risk, their accessibility to beginner traders on the platform should necessitate further examination over whether sufficient consumer protections are in place. It also raises many issues about the nature of this ongoing tech revolution and just how much consideration is being given to the potential harm this wave of cutting-edge innovations can inflict on individuals and society as a whole.

And yet unicorns such as Robinhood seem destined for much more growth, especially during pandemic-induced lockdowns, which is only fuelling further investor appetite for online and mobile retail-trading apps. According to Reuters, the tech start-up increased its latest funding round from investors to $660 million, thus giving it a whopping $11.7-billion valuation.

To its credit, Robinhood responded swiftly to Kearns’s suicide, with co-founders Vladimir Tenev and Baiju Bhatt stating in the company blog that they were “personally devastated by this tragedy” and committed to “improve Robinhood’s customer experience”. They have specifically done this in three ways: considering additional eligibility criteria and education for customers seeking higher levels of options-trading authorisation to help ensure they understand more sophisticated options trading; expanding educational content related to options trading through additional information in its help centre and hiring an options-education specialist; and improving the user interface with regards to the app messages and e-mails that customers receive about their multi-leg options spreads as well as adding detail to the in-app history page to help users understand the mechanics of early options assignments.

The company has also donated $250,000 to the American Foundation for Suicide Prevention (AFSP) and said it would work with Congress to ensure its concerns are sufficiently resolved. “We take our responsibility to our customers seriously and will work with the Representatives and Senators to address their questions and concerns,” a spokesperson stated. “It is certainly not lost upon us that Robinhood, especially with retail investing in America, has recognized that we have a huge responsibility,” Tenev acknowledged. “We want to be out in front of issues and be the best and safest options platform.”

If Robinhood is a company of its word and truly strives to earn such a reputation, however, then it would seem that it has much work ahead of it.