Top Posts
Interview with Mr. Olukayode Pitan, Chief Executive Officer and Managing...
Commodities Outlook for 2023
The Value of Cash in a Time of Crisis: How...
The US-Africa Leaders Summit: Fostering a Closer Relationship with the...
Three Key Sectors in Which to Invest in 2023
Three Key Stocks in Which to Invest in 2023
Home Brokerage Singapore’s Shrinking Stock Market
Brokerage 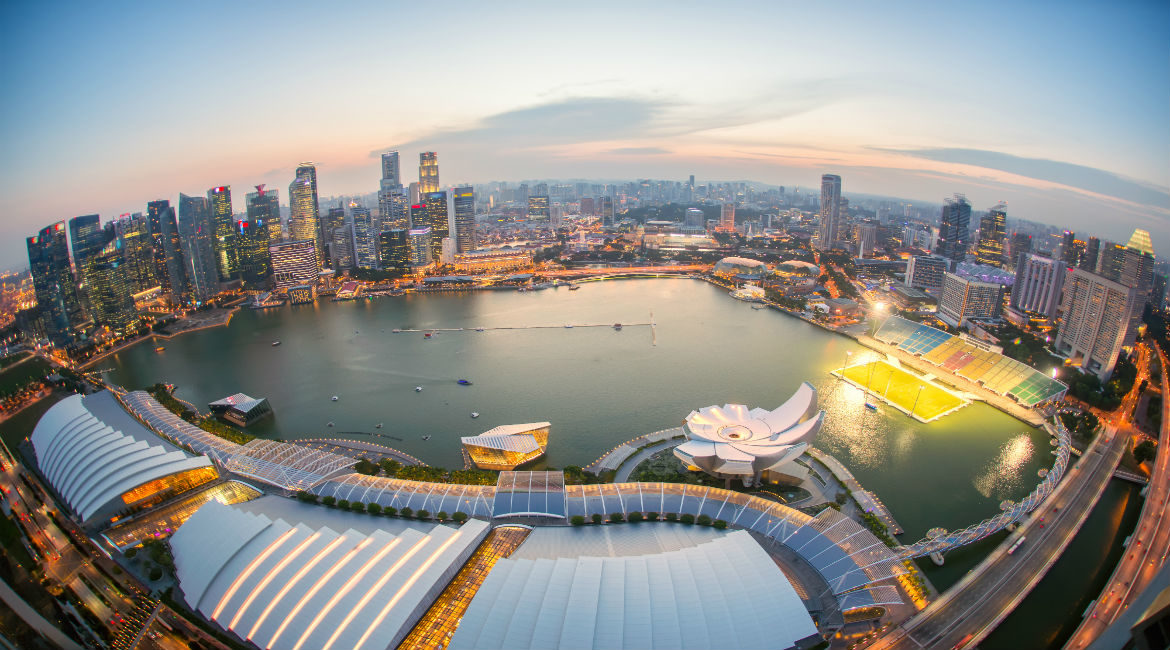 Concern is now growing in Singapore over its stock market and, in particular, the fact that it has been shrinking over the last several years. The number of listed companies on the Singapore Exchange Limited (SGX) has fallen for the fifth consecutive year, as delistings have consistently outnumbered new listings. By December 2018, there were 741 companies listed in total, down from a 2010 high of 782. Meanwhile, Singapore’s long-running finance-industry competitor Hong Kong has seen its own bourse grow by a hefty 50 percent since 2014.

According to Bloomberg, last year just S$710.60 million was raised from the 15 SGX initial public offerings (IPOs), excluding depositary receipts, whereas 19 companies left, inducing a net outflow of S$19.2 billion in market value. And what’s more, it’s some of Singapore’s biggest players that are heading for the exits. GLP, one of the world’s biggest logistics companies, decided to go private, while leading massage-chair-maker Osim International delisted from the SGX and headed for the Hong Kong Stock Exchange. And Chinese furniture company Man Wah Holdings, which was taken private in September 2009, relisted in Hong Kong at about eight times its market value.

And as big firms leave the SGX, the exchange has seen a rather lacklustre batch of new listings, with the IPO market experiencing a particularly tepid time of late. According to professional-services firm Deloitte, the total value of Singapore’s IPOs collapsed from S$4.7 billion spread across 120 IPOs in 2017 to S$730 million across just 15 listings last year. In contrast, Hong Kong managed to reclaim its position as the world’s leading IPO market last year, surpassing the 2017 winner, New York, and raise $33.5 billion.

Part of the advantage Hong Kong holds over Singapore, of course, is the much stronger ties it has with mainland China. With no equivalently close relationship in Southeast Asia for Singapore to cultivate, the gap between Asia’s two biggest financial hubs may well widen as Chinese companies continue to thrive. Speaking recently to Bloomberg, James Thom, an Asian-equities fund manager at Aberdeen Standard Investments, observed that while Singapore remains home to “some good-quality companies”, there is a notable shift in geographical sentiment, “if you think about the centre of gravity in Asia and where it’s going, it’s all shifting to mainland China”.

But some believe that there may be deeper-seated problems embedded in Singapore vis-à-vis its finance rival. Bloomberg notes that certain analysts are attributing the decline to interesting companies not perceiving Singapore to be as vibrant as other countries, and therefore opting to list elsewhere. While others are blaming the city-state’s structured education system, which they believe does not do enough to nurture entrepreneurial talent. Deloitte also acknowledges that companies are increasingly looking for opportunities overseas to raise capital, either because they plan to eventually expand into those overseas markets or because they simply don’t have sufficient confidence in the capital-raising ability of Singapore markets these days. According to Tay Hwee Ling, Global IFRS & Offerings Services Leader at Deloitte Southeast Asia and Singapore, “This is where the local bourses need to step up their game and educate their local companies on the benefits of listing locally.”

Singapore authorities have also been active in trying to reverse this slide. In early 2018, for instance, the SGX started a public consultation over whether to retain the quarterly earnings of listed companies as well as raise the minimum market-capitalisation threshold from S$75 million to S$150 million for those required to provide such reporting as a way to take the burden off smaller companies and attract more companies to list. Such measures, however, are still only proposals at this stage. In January 2019, moreover, the exchange entered into a strategic cooperation agreement with the China-Singapore (Chongqing) Demonstration Initiative on Strategic Connectivity (CCI) Administrative Bureau to support Chongqing in its bid to tap into international capital funding.

And the Monetary Authority of Singapore (MAS) has also announced that it intends to launch a new S$75-million grant for Equity Market Singapore (GEMS) as a way to cement Singapore as the region’s premier venue for capital raising. The project is designed to support entrepreneurs in their equity-fundraising endeavours, especially by providing a listing grant, research talent-development grant and research initiatives grant.

Whether such initiatives have the desired effect of bolstering Singapore’s appeal to companies looking to raise funds remains to be seen. But some don’t believe the recent dwindling listing numbers should be blown out of proportion from a macroeconomic perspective. Aberdeen’s James Thom sees the equity market as having little impact on the overall perception of Singapore’s burgeoning finance industry, describing having a thriving stock market as “a nice-to-have rather than a need-to-have”.

It should also be mentioned that the World Bank ranked Singapore in second position out of 190 countries for ease of doing business in its 2018 report. The International Monetary Fund has Singapore’s GDP (gross domestic product) per capita (adjusted for purchasing power parity) at $98,260 last year, placing it in third position in the world. And a Deloitte report from last year described Singapore as having “Asia’s most competitive wealth management centre—ahead of Hong Kong and second only to Switzerland globally”.

Clearly, Singapore authorities would prefer to reverse this multi-year stock-market shrinkage, especially while its fierce rival Hong Kong is concurrently flourishing. But as many statistics prove, it remains a vibrant destination for financial markets and will continue as such for some time to come.