Top Posts
Challenges Remain, But There Are Opportunities to Be Had in...
Interview with Mr. Olukayode Pitan, Chief Executive Officer and Managing...
Commodities Outlook for 2023
The Value of Cash in a Time of Crisis: How...
The US-Africa Leaders Summit: Fostering a Closer Relationship with the...
Three Key Sectors in Which to Invest in 2023
Home Brokerage Space: Investing in the Final Frontier
Brokerage 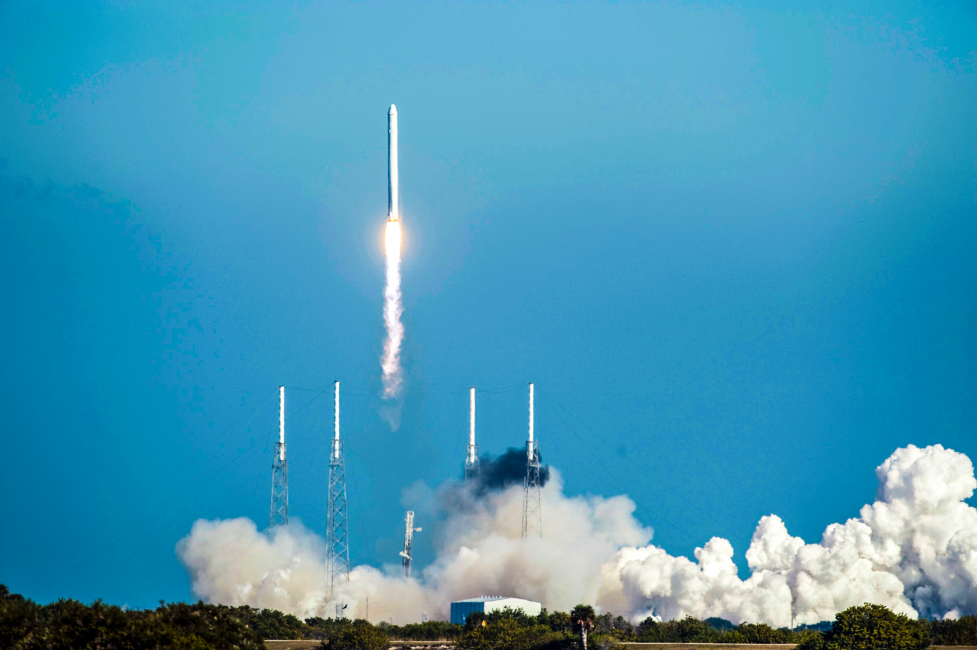 Many of us have long desired to have the ability to explore beyond the realm of planet Earth, but our ability to do so has been hindered by issues such as cost and safety. Also, the technology was simply not advanced enough to make commercial space travel and exploration feasible. But all that seems to be changing, as a number of enterprises are now firmly consigning those limitations to the past and making it possible for humans to reach the “final frontier”. And in doing so, a rapidly increasing number of lucrative opportunities are opening up for the space investor.

Interestingly, the world’s richest men—namely, Elon Musk and Jeff Bezos—have led the way in committing funds towards space exploration. In December 2010, Musk’s SpaceX made history by launching and recovering its Dragon capsule on its first mission—the first time a private spacecraft was successfully recovered from orbit. Almost five years later, Bezos’s Blue Origin launched New Shepard—a vertical-takeoff, vertical-landing (VTVL) launch vehicle—into space and successfully landed it back on Earth. And on November 25, 2015, just two days after Blue Origin’s successful mission, the US government enacted the US Commercial Space Launch Competitiveness Act (SPACE Act) of 2015, allowing American companies ownership over materials extracted from space. The US government then awarded a grant of almost $21 billion to the National Aeronautics and Space Administration (NASA) in 2018.

Since then, the “space economy” has grown only further, with funding for space companies soaring. And with NASA now relying more on private companies to provide a variety of services, the prospects for space-focused enterprises have never been brighter. Indeed, last year proved to be a record 12 months for space funding. According to research recently published by Space Capital, a New York-based, early-stage venture-capital (VC) firm that invests exclusively in space-based technologies, VCs invested a record $17.1 billion into 328 space companies in 2021, accounting for a hefty 3 percent of total global venture-capital flows. Space Capital also found that within private markets, another $14.7 billion was invested into 134 space companies in the fourth quarter, which means that more than a quarter of a trillion dollars ($252.9 billion) of equity investment has been pumped into 1,694 unique space-economy companies over the past 10 years. 2021 was also a record year for space investment, with $46.3 billion of funds committed across all space-technology stacks. Space infrastructure led the way with $14.5 billion invested, 50 percent more than the previous record set in 2020.

Wall Street and other forecasting bodies expect the space economy to be worth trillions of dollars over the next 10 to 20 years. Goldman Sachs, for example, has predicted the sector will grow to about $1 trillion by 2040, which is consistent with forecasts from Morgan Stanley. Bank of America Merrill Lynch is even more bullish, however, and projects the sector will rise above $3 trillion over the same period. “In our estimation, this sector will increase from approximately $385 billion today to at least $1.5 trillion by 2040,” noted the US Chamber of Commerce in October 2018. “That would amount to roughly 5 percent of U.S. GDP at that time, though the revenues would not all accrue to the US. This estimate is based on a growth rate of 6 percent per year, which is consistent with the pace of growth over the past 10 years.”

So, which space-related industries are expected to flourish and offer the most attractive opportunities to investors? Perhaps the most important sector for the ordinary Earth citizen will be space tourism. Both leisure and corporate travel to space destinations will heat up over the next few years as tour operators develop transport and accommodation facilities to make the space experience as seamless as possible. That said, space tourism is unlikely to capture any significant share of the overall space economy. “Space tourism remains a small subsector of the larger space economy opportunity, estimated at cUS$900bn plus by 2030. Indeed, we see it as likely accounting for c5% of this opportunity by 2030E, or worth US$4bn,” Swiss bank UBS wrote in July 2021. “Nevertheless, the $4bn opportunity is larger than initial expectations in our 2019 report of US$3bn, driven by an influx of capital, more ambitious plans than our baseline, and technical progress since then.”

On the larger end of the scale, resource extraction is expected to generate hundreds of billions of dollars of value, if not more. According to NASA, the asteroid belt between Mars and Jupiter alone contains minerals worth around $700 quintillion—or just under $100 billion for every person on Earth. At this stage, Davida has been identified as the most valuable asteroid in the belt, with a diameter of 326 kilometres and a total resource valuation of some $27 quintillion. And an October 2021 paper published in The Planetary Science Journal found that a metallic asteroid floating near Earth could contain precious metals worth $11.65 trillion and “could be a possible target for future asteroid mining”. But while such mind-boggling numbers are sure to whet investors’ appetites, the cost of resource extraction remains a major hurdle at present, which means that it may only make economic sense at this stage to mine precious metals and not much else.

Another notable industry likely to flourish in space over the coming decade is energy, with solar power potentially being captured continuously through uninterrupted exposure to the sun. As such, clean energy produced in space could well satisfy the needs of all of us on Earth. According to John Mankins, president of California-based consulting firm Artemis Innovation Management Solutions, the economics of space solar power has never been more viable, and he pointed to the dawn of mega-constellations—the tens of thousands of satellite companies due to launch into orbit over the next few years, providing networks of high-speed internet access—as being crucial in reducing the cost of this endeavour. “The path to low-cost hardware has been shown,” Mankins told Space.com in November. “It’s modular and mass-produced. The hurdles of less-expensive launch and lowering hardware costs have been overcome.”

And part of the reason the economics of sending satellites and rockets into space has become so much more appealing in recent years is thanks to advancements made in technology—namely, reusable rocket technology. “We think of reusable rockets as an elevator to low Earth orbit (LEO),” Adam Jonas, a Morgan Stanley equity analyst, noted in July 2020. “Just as further innovation in elevator construction was required before today’s skyscrapers could dot the skyline, so too will opportunities in space mature because of access and falling launch costs.”

As Musk tweeted in October 2021, “Full & rapid reusability is the holy grail of orbital rocketry.” And it seems that SpaceX’s Starship will lead the way in this new era of rocket technology. “With the ability to launch 1,100 cubic meters and 100 tons to orbit for just the cost of fuel, Starship will completely change how we operate in space,” the Space Capital report noted. “SpaceX already fundamentally changed the economics of space 10 years ago with the Falcon 9, and Starship will have a similar impact, further reducing the cost to orbit, enabling Emerging Industries, and making existing infrastructure obsolete.”

Among the most immediate concerns, however, is that a hefty chunk of new space stocks represents companies that remain unprofitable, whereas legacy companies such as Boeing, Lockheed Martin and Raytheon Technologies with at least some exposure to space activities are performing more impressively. “In the short term, while the hype around SpaceX may drive demand for space ETFs [exchange-traded funds], it is unlikely that they will soon start targeting New Space companies for inclusion in their portfolios. As much as investors want access to space momentum stocks, outside SpaceX the landscape is fairly barren,” according to Sinéad O’Sullivan, a space economist and senior researcher at Harvard Business School’s Institute for Strategy and Competitiveness, writing in the Financial Times on February 17. “Space ETFs are likely to continue to keep their distance from New Space stocks until their paths to profitability become more certain. In the meantime, they will take advantage of the combination of defence and space revenues at legacy companies amid greater geopolitical turmoil.”

And with the United States and other major economies on the verge of commencing a cycle of monetary tightening, investors may continue to opt for companies with more solid, proven cash flows rather than the future growth potential offered by the new crop of private space enterprises. Nonetheless, such enterprises will continue to progress, which means that 2022 could present investors with prudent buying opportunities later in the year. SpaceX saw its valuation go past $100 billion in February, while Blue Origin successfully launched the second crewed New Shepard mission in the same month. So, while growth stocks may suffer in an increasingly bearish broader market environment this year, the longer-term outlook for space companies will remain promising as the advancements in profound technologies, such as reusable rockets and satellite-based internet, continue unabated.