Top Posts
Challenges Remain, But There Are Opportunities to Be Had in...
Interview with Mr. Olukayode Pitan, Chief Executive Officer and Managing...
Commodities Outlook for 2023
The Value of Cash in a Time of Crisis: How...
The US-Africa Leaders Summit: Fostering a Closer Relationship with the...
Three Key Sectors in Which to Invest in 2023
Home Brokerage How Stock Exchanges Are Utilising Blockchain Technology
Brokerage 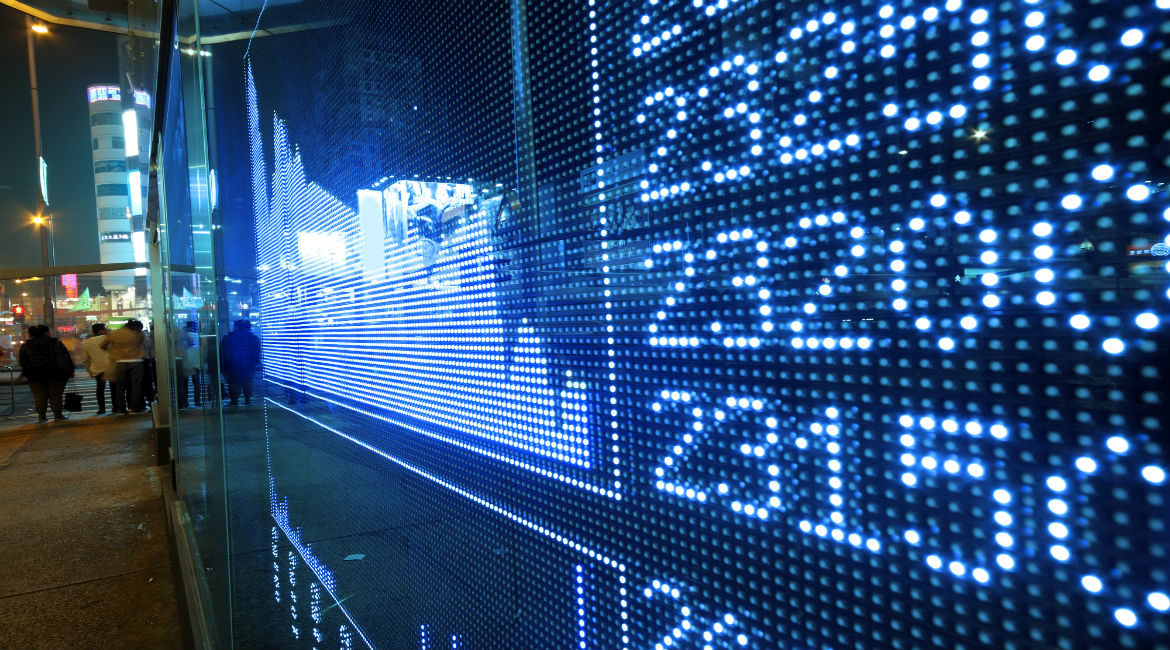 The finance industry is undergoing many seismic changes at present, with fintech in particular proving to be a significant disruptor. Moreover, given the amount of time and money being spent on blockchain research by many of the industry’s biggest banking institutions, there is clearly much optimism surrounding the future capability of this technology. But it’s not just the banks that are rapidly boosting their exposure to blockchain; stock exchanges all around the world are now exploring how best they can leverage the technology, invariably as a way to improve costs and efficiency, and to lower risks and tighten security. As recently observed by leading US stock exchange Nasdaq, “The potential to enable stock exchanges to significantly reduce the cost, complexity, and increase the speed of trading and settlement processes in a secure manner, has the biggest names in the industry exploring blockchain technology. The path to its adoption will require resolving issues such as scalability, common standards, regulation, and legislation.”

Indeed, given its heavy weighting towards the technology sector, it is perhaps unsurprising that Nasdaq is leading the charge among the world’s top exchanges to adopt blockchain. The US stock market has been arguably the most vocal proponent of all for greater utilisation of the technology, both among its fellow exchanges and more broadly within the finance sector. Perhaps most notably, Nasdaq launched a blockchain private-trading platform called Linq in May 2015, which allows private companies not listed on a stock exchange to digitally represent their share ownership. Linq and blockchain provider Chain then managed to employ the technology to successfully complete and record a private-securities transaction to a private investor. And earlier this year, Nasdaq teamed up with Citi to develop an integrated payment solution that records and transmits payment instructions using the Chain blockchain.

Most recently, Nasdaq has teamed up with leading Swedish bank SEB to test a mutual-fund trading platform that will run on blockchain, and which is intended to speed up and simplify several processes. The shared digital ledger would be used to record all transactions in real-time, while changes and updates to trades made by market participants would also be possible, and visible to everyone instantly. This stands in stark contrast to the present situation in the Swedish fund market in which not even a central repository is present to record fund holdings; as such, tracking the buying and selling of funds is at present considered a laborious and inefficient process, with physical paper continuing to play an unnecessarily large role in the overall process. The introduction of blockchain, therefore, would “create a faster, simpler, more effective and reliable fund market”, according to Göran Fors, acting head of SEB’s Investor Services.

The project with SEB is just one of many blockchain enterprises in which Nasdaq has participated during 2017. At the start of the year, for instance, it had completed the testing phase of using blockchain to run proxy voting on its Estonian stock exchange, the Tallinn Stock Exchange (also known as Nasdaq Tallinn), the Baltic country’s only regulated secondary securities market. First announced back in 2015, the project will enable those investors who own shares of companies that are listed on Nasdaq Tallinn to either cast their votes during investor meetings or shift their voting rights onto a proxy. In turn, this should significantly streamline the voting process, as well as hopefully boost investor participation in annual general meetings.

Similarly, the Moscow Exchange is in the process of creating a blockchain-based e-voting system for bondholders at its National Settlement Depository. The project is expected to be launched before the end of the year, and is being aimed at providing investors with greater reassurance when it comes to ensuring that their tokenised votes can be securely recorded and properly counted. As such, this blockchain solution could significantly improve the reputation of Russia’s stock exchange from an international perspective. Indeed, Alex Yakovlev, Moscow Exchange Group’s head of decentralised solutions, believes so, “You avoid miscounting and double-spending because of tokenization. You count inside the blockchain, and you put the results inside it. That’s cool for foreign investors, because in the case of Russia, we need the trust from outside…. Yet regulators and others will still be able to see certain information as is required by law. You can trace the [data] if you have special rights.”

Over in the United Kingdom, meanwhile, the London Stock Exchange (LSE) looks set to adopt blockchain in a significant way. In July, major news emerged that the exchange had partnered with tech giant IBM—a company that is fast emerging as a global leader in open-source blockchain solutions, and as an early member of the Linux Foundation’s Hyperledger Project, is a dedicated supporter of the development of openly governed blockchains—to develop a platform powered by blockchain that can digitally issue private shares of small and medium enterprises in Italy. The southern European nation’s main stock exchange, Borsa Italiana, which is also the LSE’s Italian exchange operator, will build and test the platform, which aims to make it easier to track shareholder information of unlisted businesses. This would be a significant stride forward from current database systems for SME (small and medium-sized enterprise) shareholder information, which is largely stored on spreadsheets and physical paper records. As such, digitising those records onto the blockchain would enable much greater levels of transparency between a company and its shareholders. According to David Harris, head of emerging technology at LSEG (London Stock Exchange Group), “As these companies grow, they will be better at interacting with their shareholders”.

The project with the LSE is not the only exchange-based partnership with which IBM is currently involved. Chile’s Santiago Stock Exchange has also paired with the multinational technology company; and in May they announced plans to create the world’s first securities-lending blockchain. The initiative is intended to induce a reduction in errors, potential occurrences of fraud and overall processing time for each transaction, whilst it also aims to improve transaction management and lower costs. The technology should, in addition, save substantial amounts of time for the Santiago Exchange’s back-office processes. And the agreement ensures that the Santiago Exchange becomes the first Latin American stock market to apply IBM blockchain technology within its short-selling system for securities lending.

A special mention should also be given to the Australian Securities Exchange (ASX), which was among the very first securities exchanges to show explicit interest in blockchain; and this interest remains as fervent today as ever. By early 2016, the ASX had announced that it had partnered with renowned blockchain start-up Digital Asset Holdings—and purchased a 5-percent equity stake in the company—to develop a new blockchain solution for the clearing and settlement of trades. The new technology would ostensibly replace the exchange’s current post-trade settlement solution—the Clearing House Electronic Subregister System (CHESS)—and would thus simplify and speed up post-trade processing. This is a major event for ASX, which earns approximately 10 percent of its revenue from the post-trade settlement process. In the view of ASX Chairman Rick Holliday-Smith, “We are increasingly confident that this technology will simplify how our marketplace works and should unlock a new era of efficiency and innovation.”

But if one thought that blockchain innovation has only been confined to developed markets thus far, then think again. A whole host of emerging markets, and even frontier markets, are now avidly exploring how the technology can enhance functionality on their respective exchanges. Take Myanmar, for instance—Tokyo-based brokerage Daiwa Securities is currently working with the Yangon Stock Exchange in an attempt to create one of the world’s first exchanges to publicly trade stocks on a blockchain-based exchange. The plan is to integrate Daiwa’s equity trading into the Yangon Exchange platform, while both entities are currently in talks with the Myanmar government in the hope of launching the blockchain-based exchange for all trading within two years.

Given blockchain’s decentralised and undiscriminating nature, it is clearly encouraging to observe the technology being almost uniformly adopted across the entire length and breadth of the world. And the number of exchanges signing up to be part of this revolution is continuously growing. Whether blockchain completely takes over to form the backbone of stock trading on exchanges remains to be seen at this stage, especially given the scalability issues that many blockchain projects are currently trying to tackle. Nevertheless, the enthusiasm being shown at this stage for a technology that is set to dramatically transform the finance industry is certainly helping to improve the core infrastructure of stock exchanges, thus greatly improving transparency and efficiency. As such, many exchanges are now starting to reap the benefits.