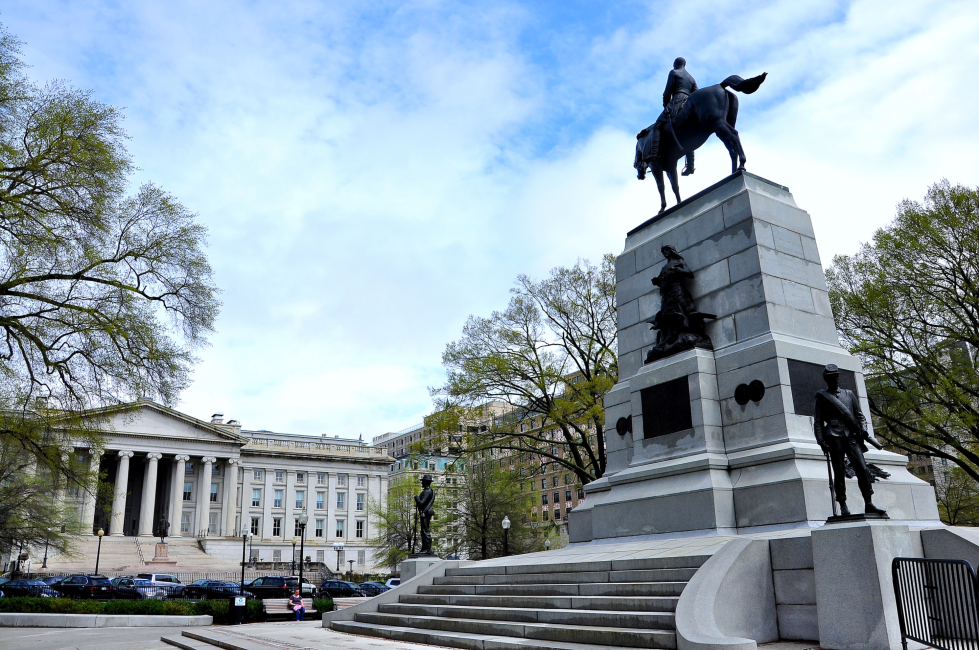 Thanks to a surprise jobs report in the United States, the country’s government-bond yields finally managed to jump from the nadir they had been experiencing for several weeks. With fears over the Delta variant of COVID-19 still lingering, the U.S. Department of Labor reported on August 6 that the US economy added 943,000 nonfarm payrolls, and the unemployment rate dropped to 5.4 percent. But while the news certainly helped the bond market recover, it has not been able to hide the fact that yields have remained historically low throughout much of 2021.

The yield on the 10-year US Treasury note reached a peak for the pandemic era of 1.74 percent in late March. But since then, it has fallen considerably with very little respite, even though macroeconomic data in recent months, particularly the surge in inflation to 13-year highs and forecasts of strong economic growth this year and next, would traditionally have sent yields higher. And although the bond market did initially react to the inflation resurgence by rising as expected and prompting a number of analysts to suggest that yields would return to above 2 percent, the opposite has since transpired, with yields continuing to decline as bond prices have rallied, briefly trading below 1.14 percent during the first week of August. Perhaps even more concerning was the drop in “real” yields, which some consider a proxy for the long-term growth outlook, that reached a new record low of minus 1.215 percent in early August for the 10-year Treasury inflation-protected security (TIPS).

As such, the bond market has been eliciting much confusion among market observers recently. Even Jerome Powell, chairman of the Federal Reserve (the Fed), seemed puzzled after 10-year Treasury yields fell following the central bank’s latest monetary-policy meeting on July 28, when the Fed maintained interest rates and asset purchases at near-zero and $120 billion a month, respectively. “We’ve seen long-term yields come down significantly,” the Federal Reserve chairman acknowledged. “I don’t think that there’s a real consensus on what explains the moves between the last meeting and this meeting.” Powell did, however, hazard an educated guess at what was underpinning the subdued yields and attributed the trend to three main reasons. Firstly, some of it has been driven by the decline in real yields as the spread of the Delta variant has raised investors’ concerns about a growth slowdown. Secondly, expectations of inflation had moderated among investors. And finally, there may also have been technical factors, “where you put things that you can’t quite explain,” he said.

What’s more, much of the rest of the world has experienced similar bond-market trends. Italy’s two-year bond yield dropped for the first time under the European Central Bank’s (ECB’s) benchmark deposit rate of -0.5 percent; Germany’s entire yield curve sunk below zero; Japan’s 10-year bond yield dropped to zero, a low for 2021; and benchmark rates on Greek debt hit an all-time low. “It’s the coronavirus-induced uncertainty that has brought yields down” globally, Makoto Yamashita, chief economist at Au Jibun Bank in Tokyo, recently told Bloomberg. While local investors may grow reluctant to buy bonds with yields at 0 percent or below, “they may shift to longer-dated debt instead for higher carry”.

Some technical factors could well be attributed to investors who had been holding out for lower bond prices finally giving in and entering the market, according to Mohamed El-Erian, president of Queens’ College, Cambridge, and an adviser to financial-services firm Allianz and emerging-markets investment firm Gramercy Funds Management. “There might also have been belated buying from pension funds that have given up on waiting for better entry points to buy assets to match liabilities,” El-Erian wrote in the Financial Times on July 12. “Indeed, the abrupt nature of last week’s market moves were consistent with ‘capitulation trades’—as in, ‘I don’t care about the levels, just get it done’”.

But not everyone is as bemused by the recent bond-market activity. Schroders Investment Management’s senior adviser Ron Insana noted in mid-July that falling yields are reflective of four broad occurrences: inflation has peaked; the rate of economic growth has also peaked at home and abroad; global investors are offsetting their equities exposures by buying up high-quality Treasuries; and the spread of the coronavirus may continue to weigh on global economic growth if it keeps infecting the unvaccinated.

Indeed, many analysts view the drop in bond yields as a response to what they consider as only a transitory jump in inflation. From the perspective of recent gains being pared in important commodity markets, there could well be some justification for this view. “Lumber, the commodity which skyrocketed this year to levels never seen before, has fallen more than 50 percent from its all-time high. Copper, too, has declined, along with other agricultural commodities,” Insana wrote for CNBC. “China has been dumping all kinds of commodities to help bring the price of ‘stuff’ down, while tightening credit and hammering big businesses at home…not the stuff that global growth is made of. Oil, of course, is at its highest level in years. That is a source of inflation, but also a source of pain for consumers who may drive or fly less as the cost of travel goes up. That can slow an economy more than it can ignite inflation these days.”

What’s more, with investors having compiled unusually large amounts of savings during the pandemic, they are now being switched into government bonds for safety and because of the lack of other options. In turn, this additional demand has been pushing bond prices up and thus driving down yields. “There’s a big wall of savings that has to go somewhere, so there’s been a continued stream into stock and bond markets,” Carl Weinberg of High Frequency Economics in White Plains, New York, recently told MarketWatch. “People pouring into bonds are looking for a place that’s safe, and they don’t care about return.”

Some also believe that political factors could be influencing current bond-market trends. Specifically, the Democratic Party’s wins last November during the US presidential and congressional elections, which allowed them to hold majorities in both chambers—albeit slim ones, prompted much anticipation over just how much fiscal spending the new administration of President Joe Biden will end up authorising. The top-line budget request for 2022 is $6 trillion, but whether such a substantial amount is eventually approved remains to be seen. “The narrative in January was pie in the sky, it was rainbows and fairy dust,” James Athey, an investment manager at abrdn (formerly known as Standard Life Aberdeen plc.), told the Financial Times on July 9, suggesting that a massive fiscal injection, surging economic growth and an accommodating, endlessly dovish Federal Reserve is simply wishful thinking. Nonetheless, should a higher inflation and growth trajectory transpire in the coming months, the trend of declining bond yields will almost certainly be reversed, as concerns over runaway prices eroding fixed returns lowers demand—and prices—for bonds, thus boosting yields. Indeed, one might reasonably assume that further positive economic news will support higher yields going forward, such as the recent US jobs report.

“The ongoing build-up in pricing pressure is likely to persist into 2022 and beyond as widespread supply constraints crimp productive capacity worldwide even as global demand remains robust,” Vivekanand Jayakumar, associate professor of economics at the University of Tampa, recently opined in The Hill. “Furthermore, many of the structural forces (globalization and the emergence of international supply chains centred around China; technological changes that led to the growth of e-commerce and increased price competition; and demographic shifts that saw a dramatic rise in the global working-age population) that kept a lid on inflation over the past three decades may now be starting to work in the opposite direction and leading us into an era of higher trend inflation.”

While the recent moderate jump in yields certainly signals a more upbeat outlook, the overall low-yield environment implies that weaker economic growth and more moderate inflation are in the offing. And as long as concerns remain over the persistence of the coronavirus, and in particular its potential to restrict economic activity among largely unvaccinated populations, that economic optimism will remain tempered, which should, in turn, keep the pressure on yields for the time being. “Since the Delta variant entered the narrative around June, we’ve known that certain parts of the globe will go into lockdown, like China, and we know that’s going to lead to a deceleration in growth,” Ben Emons, head of global macro strategy at New York-based Medley Global Advisors, recently explained to MarketWatch. At the same time, excess liquidity in Europe, the United States and China “is compressing rates”.

The King of the Trail: Ford Bronco or Jeep Wrangler?