Top Posts
Challenges Remain, But There Are Opportunities to Be Had in...
Interview with Mr. Olukayode Pitan, Chief Executive Officer and Managing...
Commodities Outlook for 2023
The Value of Cash in a Time of Crisis: How...
The US-Africa Leaders Summit: Fostering a Closer Relationship with the...
Three Key Sectors in Which to Invest in 2023
Home Brokerage The Illusion of Stability Gives Way to the Reality of Change in Capital Markets: Introducing Scotland’s New Stock Exchange
Brokerage

The Illusion of Stability Gives Way to the Reality of Change in Capital Markets: Introducing Scotland’s New Stock Exchange 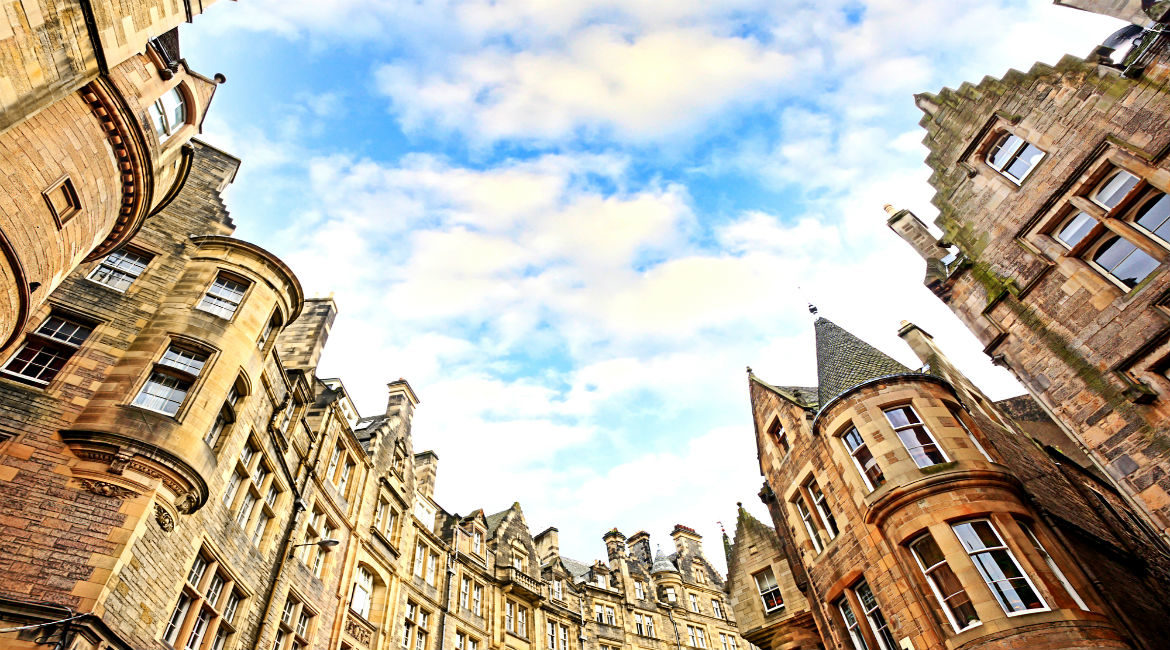 Capital markets are evolving. Some, such as PwC (PricewaterhouseCoopers), believe that there will be consolidation in traditional powerful locations such as London, Paris or New York. They refer to this as a “New Equilibrium” through which stability and predictability are sought in the face of continued geopolitical uncertainty. Such a view lacks insight into the modern world, its challenges and opportunities. As Donald Schön argued in a famous lecture in 1970, there remains in modern society a deeply ingrained and pervasive illusion of stability that serves to protect us from the apprehension of the threats inherent in change. In a world facing accelerating change, such an attitude does not serve us well.

Contrast this with others, particularly Millennials and Generation Xers, who seek socially responsible investments in diverse settings. The demand for transparency continues for banks, but simplistic measures such as information-sharing about official meetings or rate-setting policies will not be enough. The need for trust in institutional brands is vital, and the many regulatory changes post-2008 have failed to restore it.

Culture is critically important, and the prevailing culture of both organisations and states can either support or inhibit change. It’s not yet clear what role corporations will ultimately play, or if they will suffer the same fate as state politicians and be destined to continue to react rather than lead. Change will be driven by both developed and emerging markets, in which old certainties, such as the belief in centralisation, are increasingly challenged.

There is a strong case to be made for a fundamental shift rather than an evolution in the world of finance. The recent climate-change demonstrations under the name of Extinction Rebellion saw activity across the world in support of the protesters’ aims. The young Swedish schoolgirl Greta Thunberg caught the imagination of adults and children alike as she spoke with simplicity and intensity about the challenges she sees in her future life. Her words—“We cannot solve a crisis without treating it as a crisis…if solutions within the system are so impossible to find, then… we should change the system itself”—have led governments to declare that they, too, believe there is a climate-change emergency. The movement has also attracted the names of a few business leaders, some of whom are already active in trying to change the business and finance worlds. The world of banking needs to start catching up.

The concept of a virtuous cycle in business is gaining ground. Attempts to reimagine how financial companies operate and align with societal purpose are increasing with thought-leaders such as Kate Raworth and her Doughnut Economics. The demand from future investors is for socially responsible investment, and there is compelling evidence that impact investing is forecast to reach $26 trillion, according to the International Finance Corporation (IFC). Impact-investing goes beyond environmental, social and governance (ESG) goals and promotes behaviours that seek a positive contribution to society. The concept of provenance, traditionally used in food and drink sectors in which the ultimate source of premium products can be traced back, can also be applied to the financial sector and directly challenges the lack of transparency in shadow-banking.

But impact investing cannot thrive in isolation. The framework provided by the United Nations Sustainable Development Goals (UN SDGs) will make demands on both states and businesses, and therefore must drive change in banking. In my country, Scotland, ambitious targets have been set, particularly in the promotion of a clean circular economy, clean energy sources and in ambitious emission-reduction targets. The Scottish Government has made a commitment to be aligned with the UN Sustainable Development Goals by 2030, and work is underway to ensure the government’s National Performance Framework is aligned to them.

From this backdrop, a new initiative has emerged: the development of a 21st century stock exchange. A new type of exchange, its marketing straplines have purpose at their core: “Scottish-based. Global-facing. Impact-focussed”. Code-named Project Heather—until Recognised Investment Exchange status is awarded by the UK Financial Conduct Authority (FCA)—it will operate as the Scottish Stock Exchange and is targeting a launch date towards the end of 2019.

Why Scotland? Research undertaken by my company, Momentous Change Ltd, in conjunction with Edinburgh University, has traced the golden thread of responsible Scottish-based stewardship, with its focus on long-term investing and responsibility for protecting client capital. Companies such as Aberdeen Standard Investments, Baillie Gifford and Walter Scott have retained their global reputations, which are underpinned by trust. This trust remains undiminished despite the failures of other notable institutions, such as the Royal Bank of Scotland.

The entrepreneur and founder behind the Scottish Stock Exchange and signatory to Extinction Rebellion, TomásCarruthers, stated, “The project is strongly informed by my vision of a capital market that serves society; that can be trusted to serve all stakeholders — a market which social entrepreneurs, charities and local authorities can use and find investors who are aligned with their mission.”

The exchange will not be for just Scottish-based companies—the intention is that companies located from anywhere in the world can list, so long as they adhere to the more stringent impact measures that are currently under development. So, by aligning with 21stcentury values to meet the demands of consumers and of the UN’s SDGs, the exchange seeks the addition of impact to the traditional measures of risk and reward. Will mainstream banks move to set similar requirements with their future lending policies?

The consumer demand is clear, and financial institutions must become more aware of what they need to do to both attract Millennial and Generation X customers and then retain them.

So what, then, are the benefits for the companies that will seek to list with the Scottish Stock Exchange? The current processes, timescales and costs to companies for listing on the established exchanges are often cited as concerns, and here, too, the Scottish Stock Exchange can offer opportunity. The exchange will offer a lower market-capitalisation entry point, and in that respect, the exchange is anticipated to be complementary to those continuing to seek listings on the London Stock Exchange via AIM. This initiative, therefore, has the potential to exemplify the advantages of departing from an over-centralised focus on a few cumbersome global exchanges. There may be some parallels here with the growth of smaller, specialised challenger banks in recent years.

The exchange has already agreed to a key strategic partner in Euronext, which currently operates the exchanges for London, Dublin, Paris, Brussels, Amsterdam and Lisbon. The initiative thus plans to use existing technology solutionsbut in a more creative way.

This is an example of what could be a momentous change in capital markets. It offers the opportunity for more virtuous local capital markets, as supporting corporate services can be based near the companies themselves. Benefits will accrue to lawyers, accountants, bankers, brokers and issuers based in Scotland.

The Scottish Stock Exchange recognises that many companies will need assistance in moving towards listing, and that is why it is taking the initiative to establish a Genesis Programme to provide support and to help companies meet the more stringent impact obligations.

This new model clearly has global scalability, and there is no reason why this type of model cannot be applied elsewhere. In this example, technology and digital connectivity supports more rather than less transparency.

So, how then should banks respond to the new imperative that is impact? Impact is an ethos as well as an investment class. It feeds directly into the virtuous drive for sustainability and ultimately to the UN SDGs. It is underpinned by corporate culture and ethical behaviour, and it places trust at the heart of a corporation. It also considers market returns as important as other types of investment. But the cultural keys are trust, ethics and transparency.

Capital markets must do more than evolve. They must meet the demands of socially responsible investors and companies that have impact in their DNA. They must recognise the significant challenges in our world today, not least the climate-change emergency. Financial institutions such as banks must operate with both profit and purpose at their cores. Large banks with internal cultures based simply on profit will increasingly struggle. Only change within can support change without. Authenticity, as well as transparency, will be required. Smaller banks will build their market share where transparency and ethics are vital.

The world of finance needs to do more, and faster, to face the challenges presented by the modern world. It should not be chasing the illusion of stability but the reality of change.

How a Digital-Assets Ecosystem Could Jumpstart an Inclusive Digital Economy