Top Posts
Challenges Remain, But There Are Opportunities to Be Had in...
Interview with Mr. Olukayode Pitan, Chief Executive Officer and Managing...
Commodities Outlook for 2023
The Value of Cash in a Time of Crisis: How...
The US-Africa Leaders Summit: Fostering a Closer Relationship with the...
Three Key Sectors in Which to Invest in 2023
Home Brokerage The Outlook for Commodities in 2021
Brokerage

The Outlook for Commodities in 2021 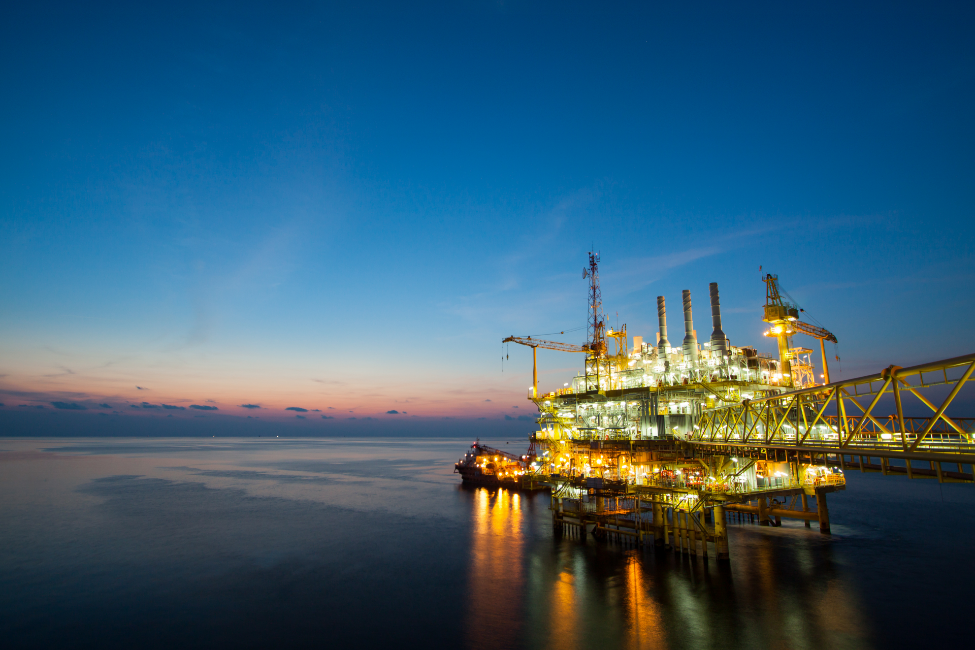 For most commodity markets, 2020 was undeniably a turbulent year. The outbreak of the coronavirus pandemic triggered a widespread global shutdown of economic activity that depressed demand and disrupted supply chains for commodities in virtually all sectors—energy, base metals, agricultural products and even the odd precious metal—and culminated in a nadir for the asset class; the Bloomberg Commodity Index, which tracks 23 commodity futures markets, hit an all-time low in April, and the price of crude oil took a nosedive into negative territory for the first time ever. By April, West Texas Intermediate crude futures contract trading on the New York Mercantile Exchange (NYMEX) had reached around -$37 per barrel (/bbl). But in many cases, the latter half of the year saw the prices of several important commodities rally spectacularly and, in a few cases, reach multi-year highs.

Will the commodities sector be able to push on from this rebound in 2021 and achieve further gains? Already this year, several markets have witnessed considerable bullish sentiment, prompting many analysts to project a brighter future for commodities as the world strives to put the impact of COVID-19 behind it once and for all. Of particular interest with this rally has been the weakness of the US dollar, which is the de facto currency used to price virtually every global commodities market. A weak dollar means commodities are cheaper for global buyers when converted back into their domestic currencies and, as such, will induce greater demand, all else being equal. “The only way to get commodities moving in an inflationary, buying power way is a weaker dollar,” Doug King, head of RCMA Capital’s Merchant Commodity Fund (MCF), recently told MarketWatch.

As such, much will likely depend on whether the dollar remains weak throughout the year. But of course, there are a number of demand and supply factors that influence each commodity across the complex in its own way. Nonetheless, many expect commodities as a whole to perform well in 2021. ING, for instance, sees a global economic recovery, expansionary monetary policy and fiscal stimulus being provided by several governments as being particularly supportive. Such factors have boosted inflation expectations, the bank noted, which should induce further inflows into this asset class.

As far as oil is concerned, Brent Crude prices surged by 8 percent in January, and by early February, they had reached their highest levels in over a year, thus entirely negating the pronounced losses that transpired from the outbreak of the pandemic onward. What’s more, the rally in crude looks far from over, with the underlying fundamentals supporting more gains this year. According to S&P Global Platts Analytics in its late-January oil-market monthly forecast, oil demand will average 99.3 million barrels per day (bpd) in 2021, which is more than six million more than 2020’s 93.1 million bpd. That said, following a spike in COVID-19 cases in late 2020/early 2021, this latest forecast is down from its previous estimate by 0.28 million bpd.

Nonetheless, more upside is expected for oil prices this year, especially after OPEC’s (Organization of the Petroleum Exporting Countries) top producer, Saudi Arabia, recently decided it will cut one million bpd of crude output in February and March. “Oil balances tighten heading into Q3 with a seasonal summer demand boost, higher refinery runs, and an improving outlook for the COVID situation amidst ongoing vaccinations,” Platts Analytics stated. As such, most analysts are predicting prices to head higher. Goldman Sachs sees Brent crude oil hitting $65/bbl halfway into the year, while UBS has raised its forecast to $60/bbl for the same time period. “Oil has also seen some speculative interest, but there is clearly room for more buying in the energy space over 2021,” ING noted in December.

For base metals, however, the picture seems decidedly more mixed. This sector of the commodities complex was the best performer overall throughout much of 2020, particularly the latter half of the year as China’s economy recovered more quickly than expected and as a weak US dollar and supply challenges also provided support to prices. The S&P Goldman Sachs industrial metals index, which is part of the benchmark S&P Goldman Sachs Commodities Index (S&P GSCI), gained around 40 percent between June and December, with copper, aluminium, nickel and zinc all experiencing pronounced rallies.

But while this rally has continued into 2021 for some industrial metals, particularly cobalt (which is up by more than 40 percent since the start of the year), tin (13 percent higher) and nickel (6 percent), others have faded, such as zinc and iron ore. This confirms the predictions of several analysts who suggested that the base-metals sector will reach an inflection point in early 2021 as the economic recovery gains steam and a slowdown in Chinese bank lending to the property sector kicks in. Nonetheless, with fewer supply disruptions in 2021 and a demand recovery also likely before yearend in several countries, prices should remain well supported in 2021. “We forecast all metal prices to average higher on a year-on-year annual average basis, with the stark exception of iron ore, which we see as one of the underperformers in 2021,” Fitch Ratings observed. “However, we note that the upside from current levels is limited given the very strong rally already recorded in 2020.”

For precious metals, the biggest question on investors’ minds is whether gold can continue its spectacular bull run that transpired in 2020. With the coronavirus pandemic creating much uncertainty across most financial markets, last year saw investors flocking in droves to the tried and tested safe-haven asset of gold, as well as other precious metals. By August, gold had surged to an all-time record high near $2,080/ounce. And although gains were moderately pared during the latter half of the year, many expect gold to continue breaking higher ground in 2021. Thorsten Polleit, chief economist at precious-metals company Degussa Goldhandel, expects prices to reach $2,300 per ounce this year. “The gold bull market can be expected to continue not only in 2021 but well beyond,” Polleit recently remarked, adding that support for higher prices will mainly come from central banks around the world maintaining artificially low interest rates.

But not everyone is bullish on the yellow metal, it should be acknowledged. René Hochreiter, an analyst at Noah Capital Markets, expects the gradual global economic recovery to weigh on the precious metal. As such, Hochreiter sees prices dropping to a low of $1,590 per ounce this year. “After the fastest recovery in the history of the global equity markets, gold may see an equally sharp decline as risk and volatility fall,” he said.

It has also been an eventful time for the silver market in recent weeks when prices briefly jumped to an eight-year high above $30/ounce after a brigade of Reddit traders that had notoriously first targeted GameStop ploughed into the precious-metal market in early February. The attempted short squeeze by the traders failed, however, and prices soon returned to rangebound trading levels. Nonetheless, some are expecting silver to end 2021 as the best-performing precious metal. “Silver is undoubtedly the star of the show,” the London Bullion Market Association (LBMA) recently asserted. “Silver is forecast to be the best-performing metal in 2021, but with a trading range of $38.5, nearly five times its range forecast last year, it looks as if it’s in for a real rollercoaster ride in 2021.”

While it sees an increase of 11.5 percent in the average gold price to $1,973.80, moreover, the LBMA is expecting silver to mount a 38.7-percent rally this year to reach an average price of $28.50. The Association’s annual price-forecast report also noted that analysts are citing low to negative interest rates, a weaker US dollar and the Federal Reserve’s accommodative monetary policies as major factors underpinning higher prices for precious metals in 2021.

Although a few agricultural commodities such as coffee and cocoa underperformed last year, most ended up achieving laudable gains in the face of challenging economic headwinds, with grains, oilseeds, palm oil and sugar deserving a special mention. Indeed, corn and soy futures reached six-year highs, with droughts affecting crop supplies in South America and demand from China soaring once more, while palm oil briefly touched 10-year highs in January.

With substantial money-supply expansion throughout much of the world, ultra-low rates and fiscal stimulus all significantly boosting inflation expectations (including food inflation, most importantly), money should continue flowing into agricultural commodities this year. And with Chinese demand expected to continue recovering strongly, along with persistent notable supply challenges, prices for agricultural commodities are expected to climb throughout much of 2021.

“La Niña has been posing—and will continue to pose—challenges for farmers around the globe, worsening the availability of various agri commodities,” Rabobank observed at the end of 2020. Complex weather patterns increase the risk of heavy rains and flooding in some areas of the world whilst also boosting the likelihood of drought in other areas and, as such, can severely influence food production. “Dryness in the south of Brazil and parts of Argentina has affected crops like sugarcane and wheat, and posed challenges to soybean plantings. With the key crop periods starting in South America, risk remains elevated.” The Dutch bank, an agriculture specialist, also expects wheat prices to rise as the dryness in the US Midwest and the lack of snow cover in the winter caused by La Niña continue to inhibit production.

Banking-as-a-Platform: Delivering a New Era of Customer Experience and Value