Top Posts
Challenges Remain, But There Are Opportunities to Be Had in...
Interview with Mr. Olukayode Pitan, Chief Executive Officer and Managing...
Commodities Outlook for 2023
The Value of Cash in a Time of Crisis: How...
The US-Africa Leaders Summit: Fostering a Closer Relationship with the...
Three Key Sectors in Which to Invest in 2023
Home Brokerage The Outlook for Solar Energy
Brokerage 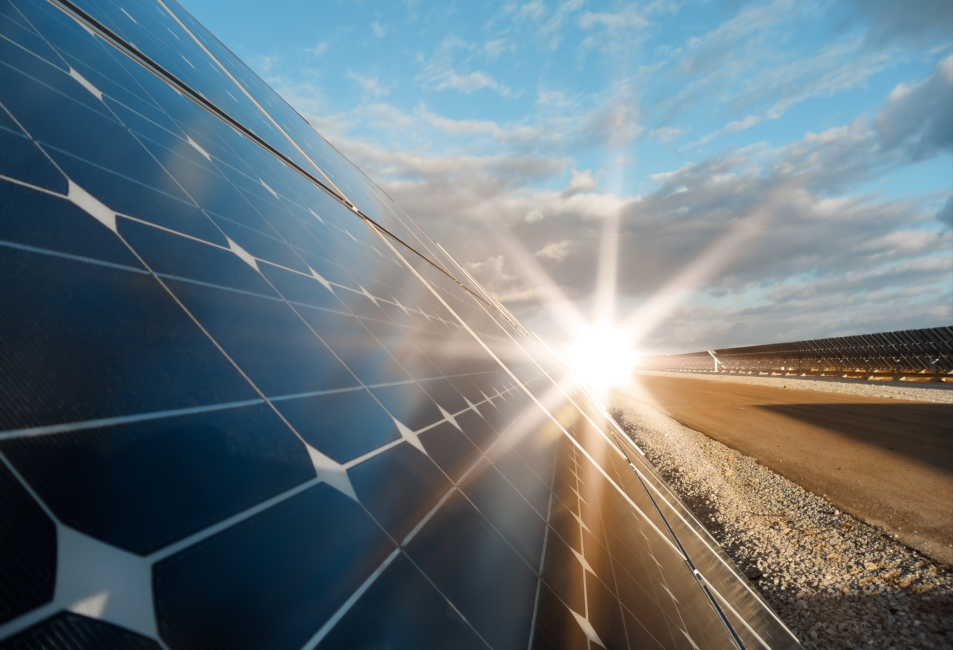 It would appear that the world is undergoing something of a solar boom, as the new capacity of renewable energy has reached record levels in recent years. And despite concerns over rising costs in the industry, mainly brought on by the pandemic-induced rise in raw-material costs, most observers agree that the next few years will see solar enjoy similarly buoyant growth rates.

According to the pro-solar association SolarPower Europe, 2020 saw a record 138.2 gigawatts (GW) of solar installed across the world, representing an 18-percent growth compared to 2019, despite the severe global impact of COVID-19. As such, the world’s cumulative solar capacity at the end of the year rose to 773.2 GW, a 22-percent increase. “This surprisingly strong growth helped solar maintain its dominance among all newly installed power generating technologies, reaching a 39 percent global share, which translates into the impressive fact that more than every third power plant unit installed in 2020 came from solar,” SolarPower’s “Global Market Outlook for Solar Power 2021–2025” observed. “At the same time, solar’s total power generation share increased by 0.5 percentage points to around 3.1 percent, with nearly 70 percent still coming from fossil fuel and nuclear, highlighting the need to rapidly accelerate solar deployments.”

The stellar growth comes as part of a broader success story for renewable-energy adoption during the year. Data released in April by the International Renewable Energy Agency (IRENA) showed that the world added more than 260 GW of renewable-energy capacity in 2020, exceeding expansion in 2019 by close to 50 percent. “These numbers tell a remarkable story of resilience and hope. Despite the challenges and the uncertainty of 2020, renewable energy emerged as a source of undeniable optimism for a better, more equitable, resilient, clean and just future,” said IRENA’s director-general, Francesco La Camera. “The great reset offered a moment of reflection and chance to align our trajectory with the path to inclusive prosperity, and there are signs we are grasping it.”

IRENA also noted that total solar capacity has now reached approximately the same levels as that of wind energy, thanks mainly to growth in Asia (78 GW) throughout the year—particularly capacity boosts in China (49 GW), Vietnam (11 GW), Japan (more than 5 GW), India and Korea (more than 4 GW each). The United States represents the biggest non-Asian contributor to solar’s impressive recent growth trajectory, with the country seeing solar photovoltaic (PV) installations jump by 43 percent last year to hit an all-time high of 19.2 GW of new capacity, according to a report from the Solar Energy Industries Association (SEIA) and energy and chemicals firm Wood Mackenzie. Solar also accounted for a record 43 percent of all new US electricity-generating capacity added during the year. “Residential solar sales continue to exceed expectations as loan providers roll out attractive products, interest in home improvement surges, and customers suffering through power outages from extreme weather events seek energy resilience,” the report noted.

The Paris-based International Energy Agency (IEA), meanwhile, stated that it expects annual additions of solar PV development to reach 145 GW for this year and 162 GW for 2022, accounting for approximately  55 percent of all renewable-energy expansion this year and next and being 50 percent higher than the 2019 pre-pandemic level by the end of next year. “PV has become the lowest-cost option for electricity generation in many countries, especially those with good resource availability and affordable financing,” the IEA noted in its “Renewable Energy Market Update 2021”, published in May. “As a result, corporations are increasingly opting for bilateral contracts with large-scale solar PV plants to meet their energy demand.”

Indeed, a recent report from Mordor Intelligence forecast solar PV to dominate the market over the next few years, accounting for the largest annual capacity additions for renewables, well above wind and hydro, until at least 2026. The report also attributed much of the PV-solar-market growth to the ongoing cost reductions of PV systems, which, in turn, favour growing off-grid markets. “The solar PV market has cut costs dramatically in the past six years through economies of scale. As the market was flooded with equipment, prices plummeted, and the cost of solar panels has dropped exponentially, leading to increased solar PV system installation,” Mordor’s report “Solar Energy Market – Growth, Trends, COVID-19 Impact, and Forecasts (2021-2026)” noted. “In recent years, utility-scale PV systems have dominated the PV market; however, distributed PV systems, mostly in commercial and industrial sectors, have become essential in many countries due to their favourable economics; when combined with increased self-consumption.”

Looking forward, there is much reason to be positive, with the next four years anticipated to be particularly strong for the global solar sector, according to Michael Schmela, head of market intelligence at SolarPower Europe. “Indeed, by next year we anticipate the global solar market [to] increase by 25 percent to 203 GW, the first time annual PV installations will cross the 200 GW level,” Schmela recently predicted. “This is particularly impressive considering that crossing the 200 GW threshold in 2022 would occur only five years after the 100 GW level was reached.”

The US similarly has much cause to be optimistic about solar adoption over the next few years. “The recent two-year extension of the investment tax credit (ITC) will drive greater solar adoption through 2025,” according to Wood Mackenzie’s senior analyst, Michelle Davis, referring to the tax credits extended by the US government in December under its COVID-19 relief and spending package. The report calculated that this extension will boost solar-deployment forecasts by 17 percent from 2021 to 2025, with buoyant growth projected until at least 2030. “Compelling economics for distributed and utility-scale solar along with decarbonization commitments from numerous stakeholders will result in a landmark installation rate of over 50 GWdc by the end of the decade,” Davis added.

That said, Schmela also cautioned that significant further growth is required around the world for solar energy to achieve sufficient dominance and end the reign of fossil fuels. “Considering the fact that 70% of global power still comes from non-renewable polluting energy, we need much more ambition from policymakers to enable the industry to accelerate deployment, to fulfill the complete potential of solar and meet the Paris Agreement targets,” he acknowledged.

But while the outlook certainly appears strongly bullish for solar energy, the global industry must address certain key challenges more immediately. Perhaps most pertinent is the growing evidence that costs within the industry may not continue to decline for much longer—and, indeed, may even reverse course. Thanks mainly to disruptions to global supply chains caused by the pandemic, the costs of raw materials across virtually all industries have surged over the last year, which, in solar’s case, has decisively reversed the trend of declining costs that had transpired over the course of more than a decade. “The narrative in the solar industry has changed,” Bruno Brunetti, an analyst at S&P Global Platts, told the Financial Times in June. “We have seen sharp falls in costs over the past ten years, but we see that these are now stabilizing and in some cases even rising.”

Concerns over costs are also evidenced by the marked double-digit declines in the prices of major solar shares this year, in stark contrast to 2020, which frequently saw solar stock-price appreciation well above 100 percent. “With the exception of a few polysilicon manufacturers, the companies in our solar peer group have all seen their stock prices decline year-to-date in 2021, though most shares are still significantly higher vs. 12-18 months ago,” Bloomberg Intelligence research stated in mid-August. “Most module makers, including Canadian Solar, have seen double-digit share-price declines so far this year.”

According to John Martin, chairman of the board of directors of the US Solar Fund, higher commodity prices will boost solar-installation costs by as much as 20 percent. “The cost of decarbonization will come down, but it won’t be free—it will need capital,” he explained to the Financial Times. The US Solar Energy Industries Association (SEIA), meanwhile, has warned that compounding cost increases across all materials are only now starting to affect installers. That said, Martin also acknowledged that these rising costs, as pronounced as they have proven to be, will not materially slow down the solar boom over the next few years, as it will still remain a cheaper option than building a new coal-fired power plant. “The trend towards installing solar panels is still as dramatic as it was two years ago.”