Top Posts
Designing the Next-Generation Banking Treasury Management
Is the US Finally Warming to the Possibility of Creating...
Enabling the Drive Toward Green Finance with Technology
Why Have Tin Prices Struggled in 2022?
The Devil We Thought We Knew
How China Has Managed to Avoid the Inflation Bug
Home Brokerage The VIX Index Now Under the Regulators’ Spotlight
Brokerage

The VIX Index Now Under the Regulators’ Spotlight 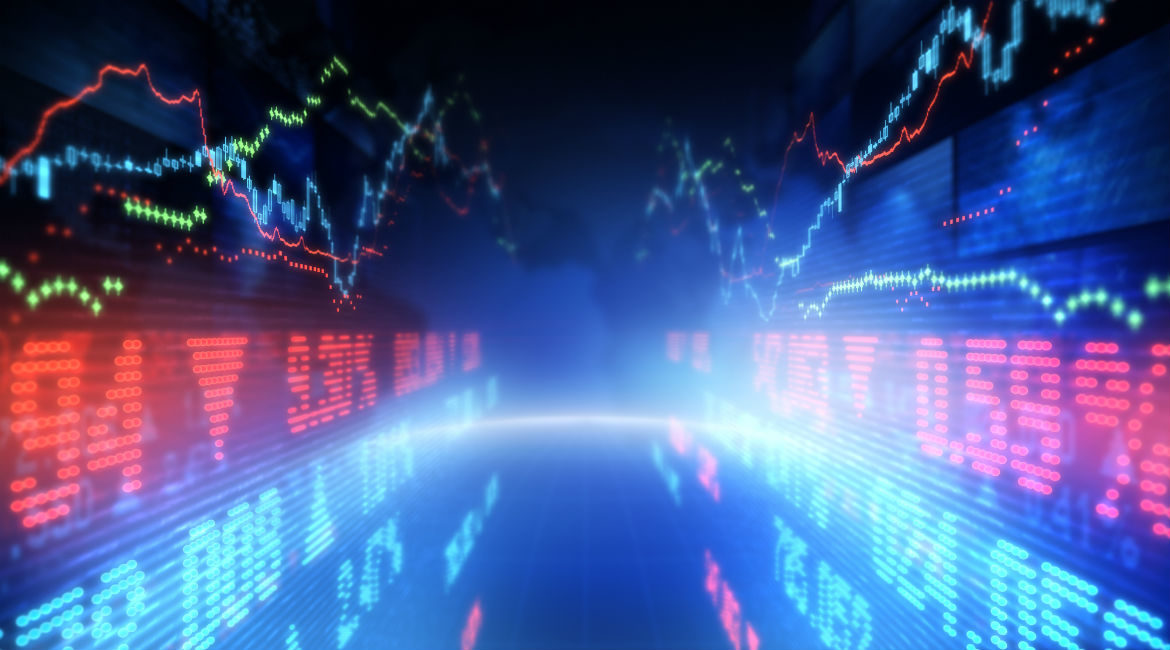 On February 5, the US stock market the Dow Jones Industrial Average suffered its largest ever decline for a trading day. The benchmark stock index ended up dropping more than 1,000 points on the day, while fellow benchmark the S&P 500 shed more than 4 percent of its value. 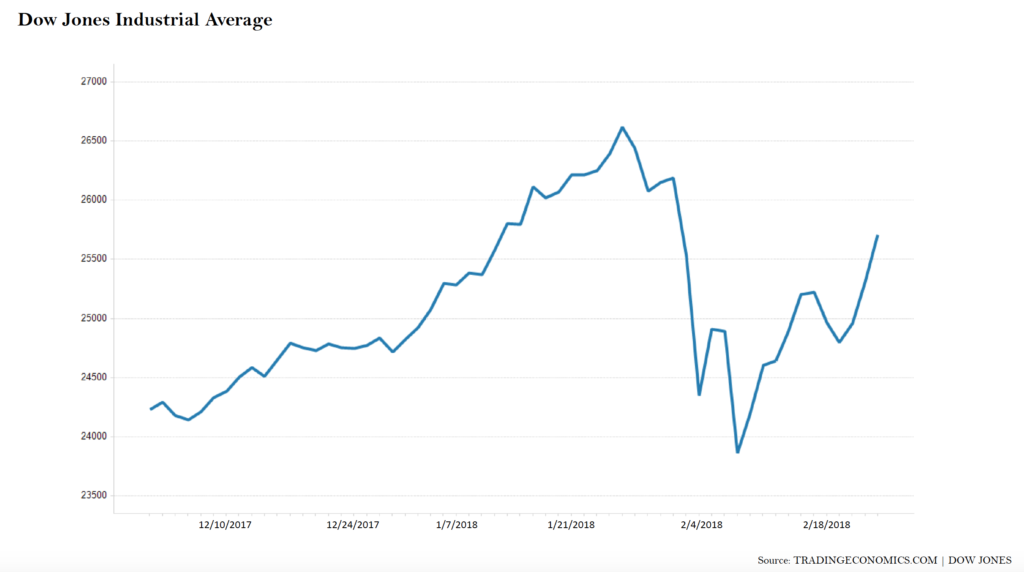 Leading up to that day, however, things could have scarcely been more different. From late 2016 until that point, US stock indices gradually climbed to record highs in a rather sedate manner, with market volatility remaining subdued. And then in early February, a remarkable reversal took hold, as markets experienced violent swings. And some are now blaming volatility indexes and the billions of dollars tied to them for such a substantial drop.

The Chicago Board Options Exchange Volatility Index (CBOE VIX) is a measure of the stock market’s near-term implied volatility, and is considered one of the main barometers of investor sentiment and market volatility. Specifically, it is a measure of the stock market’s expectation of volatility over the coming month implied by the S&P 500 Index options, as calculated and published by the CBOE. And given that options give an investor the right to buy (call option) or sell (put option) the asset at an agreed price, the S&P 500 Index options provide an indication as to the extent to which investors expect the stock market to rise or fall. The VIX itself is not tradable—it is simply a number reflective of implied volatility in the market. Traders can, however, buy futures and options that will pay out based on the value of the VIX, and thus much of the focus rests with these derivative products when looking at the impact of changes in the VIX.

The S&P itself notes that implied volatility “typically increases when markets are turbulent or the economy is faltering”. If options traders expect the S&P 500’s volatility to increase during the coming month, the VIX should increase to reflect that prediction. As such, the VIX is often known as a “fear gauge”, as higher volatility often signals greater stress in the market; and in early February, the VIX managed to top 50 for the first time in more than two years. The index has now returned to below its long-term average of 20 as the market has recovered during February, but it remains up by around 22 percent during the month and up by a hefty 49 percent overall in 2018. And much controversy surrounds those few days in which it surged to multi-year highs; the VIX has arguably been more in the headlines during this time than at any point since it was first introduced back in 1993.

With stock prices rising in a distinctly metronomic fashion in recent years, volatility has been on the slide, which in turn has meant that traders who were betting on the VIX to fall during this period were gleefully cashing in; indeed, a significant market in exchange-traded products has emerged for precisely those traders wishing to bet on the future direction of the VIX. But that all changed on February 5 after the huge correction experienced by the Dow et al. sent the VIX soaring. The morning of February 6 saw the volatility index spike to more than 50 briefly, having rallied by 115 percent the previous day, before dropping back to around 22 just prior to the market open at 09:30 AM, and then surging once more to 46 about 90 minutes later. 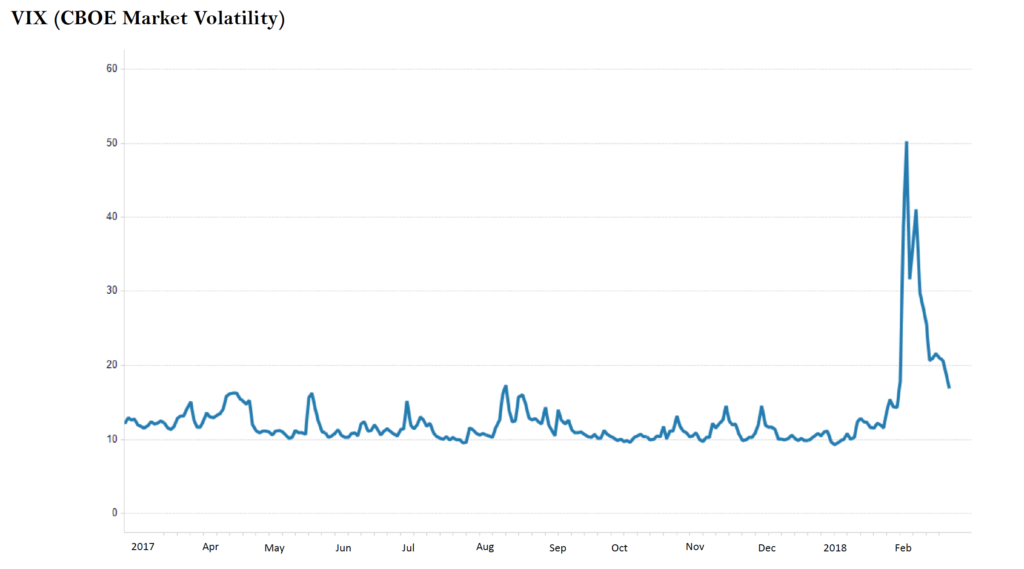 Such violent swings are clearly abnormal when compared with the previous, more sedate long-term trend. And they were also evidently unanticipated. With VIX futures contracts surging, Credit Suisse announced shortly after that it would liquidate its $2 billion exchange-traded note the VelocityShares Daily Inverse VIX Short-Term ETN—a product that enabled investors to bet against a rising VIX (and thus the fund was called ‘XIV’!); while the ProShares Short VIX Short-Term Futures ETF dropped by 83 percent on the day. Both were considered inverse exchange-traded products, as they gained value when the underlying index (in this case, the VIX) fell.

With so much value being lost over such a short space of time, therefore, the VIX is now at the centre of claims of market manipulation, with the Securities and Exchange Commission (SEC) and the Commodity Futures Trading Commission both investigating trading patterns since those eventful days. Lawyers for an anonymous whistle-blower have written to the SEC claiming that the VIX experienced “rampant manipulation” during this time, which has resulted in investors losing billions of dollars. The allegations suggest the index can be distorted by using “sophisticated algorithms” that can post quotes for S&P 500 options without necessarily completing the corresponding trade; this has the effect, therefore, of moving the underlying VIX value.

In response, however, the CBOE, which controls the VIX, said the allegations lacked credibility and were “replete with inaccurate statements, misconceptions and factual errors”, while Bill Speth, the head of the group’s research division and someone who designed the VIX, attributed the index reaching 50 before the market opened to “thin trading overnight, and was static until the opening of regular US trading hours”. Speth has also sought to downplay the importance of the spot VIX value, arguing that it’s the derivative products tied to the index that are more highly valued: “If you talk to any trader who’s actively involved in the VIX, you know that nobody pays attention to the spot value.… There have been a number of times where the VIX futures and options have operated seamlessly in the complete absence of a VIX spot level.”

The review being conducted by the regulators remains ongoing. It does, however, make for an interesting debate, particularly against the backdrop of everything from interest rates to currencies being vulnerable to nefarious manipulation during recent times. Indeed, an academic study by the University of Texas strived to prove last year that “highly statistically and economically significant trading volume spikes” occur in S&P 500 options shortly before the monthly settlement of the VIX is calculated. And most tellingly, the authors observed that such volume spikes only seemed to occur among those S&P 500 options that are included in the settlement calculation. As such, there seems to be much to support the contention that the VIX settlement activity has been subject to foul play.

At the same time, however, regulators have also raised questions as to whether such exchange-traded products are being understood by retail investors before they buy. SEC’s chairman, Jay Clayton, for instance, has since said that the portfolio of products available to retail investors “has changed dramatically, and it’s worth taking a look at”; while the agency’s commissioner, Kara Stein, has asked financial professionals such as brokers and exchange operators to do a better job of making sure the products are suitable for retail investors.