Top Posts
Challenges Remain, But There Are Opportunities to Be Had in...
Interview with Mr. Olukayode Pitan, Chief Executive Officer and Managing...
Commodities Outlook for 2023
The Value of Cash in a Time of Crisis: How...
The US-Africa Leaders Summit: Fostering a Closer Relationship with the...
Three Key Sectors in Which to Invest in 2023
Home Brokerage Three Key Stocks in Which to Invest in 2023
Brokerage

Three Key Stocks in Which to Invest in 2023 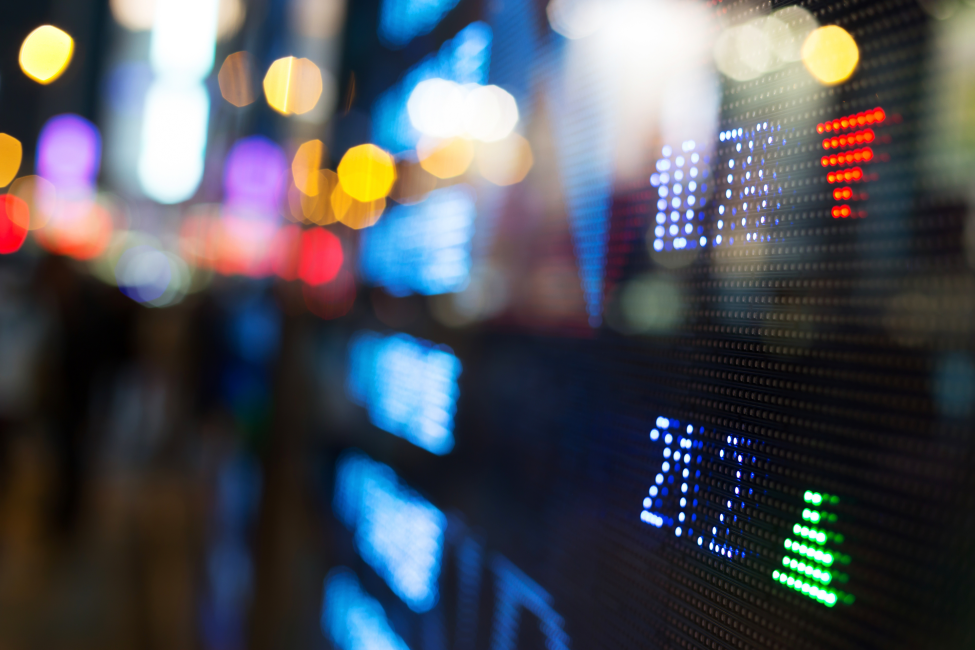 Last year demonstrated in no uncertain terms that the bear market had well and truly arrived. And with monetary tightening still being implemented at a formidable pace, the chances of some major economies entering a recession in 2023 remain high.

But 2023 is also widely expected to be the year in which monetary tightening flips into monetary easing for most central banks. As a result, investors will be looking for the point at which markets bottom out. In the meantime, most strategists recommend sticking with high-quality stocks that demonstrate consistent earnings, attractive fundamentals and solid profitability amid the potentially volatile conditions that could transpire this year. This article identifies three stocks that could deliver solid growth over the next year and even beyond.

An island that has become crucial in the geopolitical tussles between the United States and China, Taiwan represents around 90 percent of the world’s most advanced chip manufacturing, with the overwhelming bulk of the foundry production coming from the $400 billion behemoth TSMC. This makes the company, by a substantial distance, the world’s largest chip contract manufacturer; indeed, it is Apple’s primary chipmaker.

But last year saw TSMC’s share price drop by around 30 percent across the 12 months, and it was even lower year-to-date by more than 40 percent by late October before staging a modest recovery during the year’s final months. With the economic environment deteriorating as central banks began to increase interest rates aggressively, luxury electronic items such as smartphones and laptops fell off the radar for households, thus reducing the demand for semiconductors.

Nonetheless, TSMC—and the chipmaking industry as a whole—are set for stellar growth over the next few years, as Warren Buffett apparently believes. Indeed, TSMC was the legendary investor’s most significant new position during the third quarter, when he bought a massive $4.1-billion stake in the Taiwanese chip manufacturer. Buffett, a renowned value investor, would almost certainly have been spurred into action by the company’s stock price being so depressed at the time. And while demand for smartphones—a market from which TSMC generates around 40 percent of its revenue, most notably the iPhone—may continue to underwhelm during the first half of 2023, analysts are expecting demand to pick up in the final six months.

TSMC also announced in late December that it had begun mass production of its next-generation three-nanometre (3nm) chips, the demand for which is already “very strong”, according to TSMC’s chairman, Mark Liu. “The semiconductor industry will grow rapidly over the next decade, and Taiwan will surely play an even more critical role in the global economy,” Liu said, whilst also promising to build future generations of 2nm chips in the Taiwanese cities of Hsinchu and Taichung.

If fulfilled, this pledge is sure to bolster the island’s local chipmaking outlook and maintain its dominance in the global market. But TSMC has additional plans to expand overseas, having recently confirmed that it will offer 4nm chips at a plant in Arizona next year and 3nm chips at another US plant in 2026. Plans have also been laid out to boost production capacity in Japan.

And with a price-to-earnings (P/E) ratio of around 13, a dividend yield of 2.2 percent and a projected 21 percent earnings growth rate over the next five years, TSMC represents a particularly enticing long-term buy, one that will satisfy buoyant growth over much of the next decade across a range of complementary industries closely intertwined with semiconductors, including artificial intelligence, cloud computing, 5G and the Internet of things (IoT).

As J.P. Morgan reiterated late last year when delivering its “Overweight” rating for TSMC, the firm “is now firmly positioned as the key enabler of the new computing revolution in the semiconductor industry, with multiple architectures, chip platforms and design teams competing to push computing and AI innovation,” according to analyst Gokul Hariharan. “Despite a 2023 downturn, we see strong long-term growth in the next few years.”

As was the case with most companies, the world’s leading online retailer had a rough time of it in 2022, losing almost 50 percent of its share price over the year, as spiralling inflation, a sharp decline in consumer confidence, persistent supply-chain problems and labour-market disputes all weighed on earnings. The pandemic “dividend” that Amazon enjoyed as a result of the boom in online retail demand appeared to draw to a close in 2022, with the company showing clear signs of preparation for an economic slowdown through limiting new hires, laying off 10,000 corporate employees, shuttering loss-making businesses such as Amazon Care, closing warehouses and subleasing warehouse space.

But many investors see the substantial discount at which Amazon stock is currently trading as an attractive entry point, with analysts expecting e-commerce to bounce back at some point this year following an underwhelming 2022. A recent client note from Wells Fargo’s Brian Fitzgerald, for example, explained that Amazon’s e-commerce sales are starting to gather pace once more as growth rates in online retail and brick-and-mortar sales revert to pre-COVID levels.

Fitzgerald also pointed to Amazon’s plans to leverage its capacity and expand its successful consumer programmes, such as Buy with Prime, whilst solid growth is anticipated this year for its market-leading cloud-computing service and revenue generation from advertising. And although it already operates in 20 countries, a June report from Business Insider revealed that Amazon would expand into five new countries early this year: Belgium, Chile, Colombia, Nigeria and South Africa.

Susquehanna International Group (SIG) recently forecasted that Amazon’s share price would hit $140 before the end of 2023, giving it a 67-percent upside from levels traded at the end of 2022. And with the company’s P/E ratio at the end of 2022 at a modest 77 relative to historic levels, now may well be the time to boost exposure to the e-commerce giant.

Another company that endured a tough 2022 was Tesla, which saw its shares lose around 65 percent last year—including a 40-percent plunge in December alone—as a combination of mitigating factors caused the company to miss its vehicle-delivery estimates for the third and fourth quarters. Such factors included the temporary shuttering of production at its Gigafactory Shanghai due to the enforcement of China’s strict zero-COVID policy, the persistence of supply-chain challenges and the slowing of global consumption as central banks across the world aggressively raised interest rates.

Although Tesla rolled out 40 percent more vehicles on an annual basis to reach record highs (delivering 1.31 million vehicles and producing 1.37 million vehicles over the year), this achievement was below their projections of 50 percent. Deliveries of its entry-level Model 3 and Model Y vehicles reached 388,131, moreover, while deliveries of the higher-grade Model S and Model X types stood at 17,147.

This year is set to usher in a more upbeat performance from Tesla, however, largely stemming from China’s gradual reopening and relaxation of COVID rules. And while interest rates may well continue on their upward trajectory during the first quarter, there are growing signs that inflation has already peaked, which, in turn, should eventually trigger a monetary easing across the board later in the year. Tesla is also expected to unveil its own robotaxi in 2023.

Morgan Stanley is particularly bullish on Tesla stock, with a recent forecast calling for a 122-percent upside this year, despite also acknowledging that the supply of Tesla electric vehicles (EVs) is now outpacing the demand for the first time since the COVID-19 pandemic began. “The last two years of demand exceeding supply will be substantially inverted to supply exceeding demand,” Morgan Stanley analyst Adam Jonas recently wrote to clients. But Jonas also noted that within such an environment, “players that are self-funded (non-reliant on external capital funding) with demonstrated scale and cost leadership throughout the value chain (from manufacturing to upstream material supply) can be relative winners.”

Tesla will also benefit as the EV industry looks set to thrive in 2023. According to the Economist Intelligence Unit (EIU), EV sales will increase by a hefty 25 percent annually to reach 10.8 million units as governments continue pushing clean vehicles as an environmentally friendlier alternative to the traditional automobile.

“The US will offer a US$7,500 EV tax credit at the point of sale on clean-vehicle purchases from January 1st 2023”, but only if the cars meet stringent eligibility criteria, including final assembly within North America, the EIU noted, adding that the United States will also remove a 200,000-vehicle cap per manufacturer, which would enable Tesla, among others, to benefit from the subsidies. China has also extended until the end of 2023 a range of tax breaks and purchase subsidies for buyers of new EVs, while the French government is working on a leasing plan to improve the affordability of EVs for low-income households.

“Between a worsening macro backdrop, record high unfavourability, and increasing competition, there are hurdles to overcome,” Morgan Stanley’s Adam Jonas added. “Yet we do believe that in the face of all these pressures, Tesla will widen its lead in the EV race, as it leverages its cost and scale advantages to further itself from the competition.”