Top Posts
Why the Status of the Fifth-Largest Economy Is a Job...
Syrian Economic Outlook Dims as Internal Conflict, Resource Theft and...
Unwinding the Unconventional Monetary Policy in Japan
Three Significant Payment Trends in 2022
Recessions Hurt: Does the Data Show That the World’s Major...
Every Organisation Should Be Aware of Invoice Scams
Home Brokerage The trading impact of the Volcker Rule
Brokerage

The trading impact of the Volcker Rule 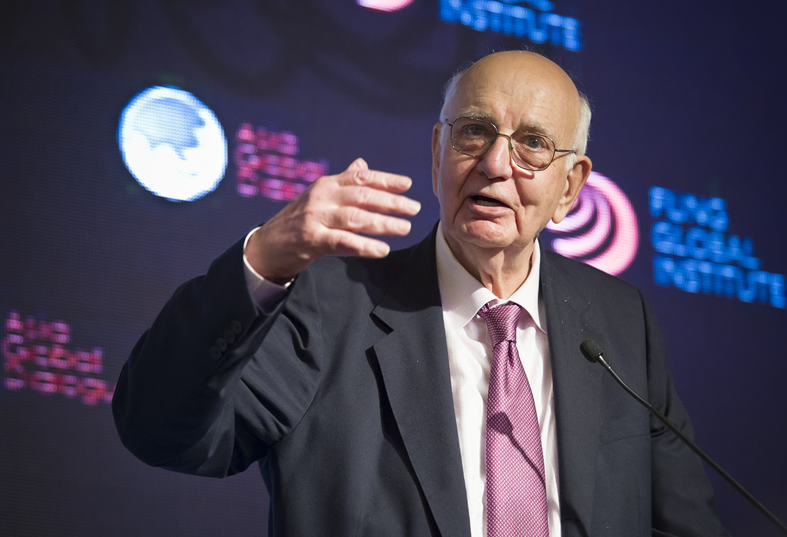 Former Fed Chairman Paul Volcker, the man responsible for curbing inflation in the 1970s and economic adviser to Barack Obama, proposed the Volcker Rule as an extension of the Dodd Frank Wall Street Reform as a means towards restricting US banks from making speculative investments that may not be deemed to be in the best interests of the banks’ depositors. The premise of the act was a suggestion that risky speculative investments were a key contributor to the 2008 financial crisis and the measure was designed to guard against similar financial system shortcomings in the future. Sometimes referred to as a ban on proprietary trading by commercial banks, the rule is designed such that customer deposits that may have previously been used to trade on the banks’ own accounts are segregated from this kind of trading activity going forward. Volcker has argued that banks benefitting from discount borrowing and federal deposit insurance should be prevented from taking risks that could trigger a taxpayer-funded government bailout and the rule should be implemented to restore stability to Wall Street.

The Volcker Rule was delayed from achieving its initial scheduled implementation date of July 21st 2012 and on December 10th, 2013, the agencies involved approved regulations implementing the rule, with a scheduled effective date of 1st April 2014. However, revisions were made on January 14th, 2014, after a lawsuit by community banks over provisions concerning specialized securities.

The Volcker Rule may appear as a significant imposition to banks’ trading activity; however, numerous exceptions have been included in the Dodd-Frank law and even more tweaks and amendments are surfacing as the effective date of implementing the rule nears.  This approach of amendment adding looks set to continue as policy makers are showing hesitancy to restrain activity as the economy starts to show signs of a sustainable turnaround.  Most recently, we have seen possible leniency for the CLO (collateralised loan obligation) market in this regard with regulators weighing whether to ease stringency of the rule on the $300 billion market for loans to US companies.

Despite the free flowing amendments, regulators have stated that the final version imposes stricter restrictions on hedging, such that banks will be limited on falsely or loosely classifying trades as hedges for riskier trading positions. Banks will be required to provide detailed information for supervisory review to classify the trade as a hedge. The hedging element of the Volcker Rule became prominent following the $6.2 billion trading loss at JPMorgan in 2012 from credit derivatives trading by The London Whale. The trades executed by the so nicknamed chief investment officer, had been falsely described and logged by JPMorgan executives as a “portfolio hedge”. Industry seniors, including JPMorgan Chairman and CEO Jamie Dimon, have since commented that the trade losses may have been mitigated with the Volcker Rule in place.

Separation of market making activity is another central tenet to the rule, as banks will be prohibited from trading to profit for proprietary accounts whilst making markets for clients. In the final version to date, regulators have relaxed the criteria for banks to qualify for the market-making exemption such that a trading position must simply demonstrate both the purchase and sale of an instrument contract (i.e. execute both the long and short positions) within one account. Distinguishing between the two types of trading can be difficult for regulators and in practice may be problematic, and possibly even fruitless, to enforce.

By limiting investments in private equity, commodity pools and hedge funds the proprietary trading rule seeks to limit banks’ speculative trades in a further dimension of trading activity.  US banks have already begun reducing positions in these funds and will be required to make further reductions to operate within law’s limit of 3 percent of Tier 1 capital invested in these kinds of investments. Goldman Sachs, as an example, has reduced investment in such funds to $14.9 billion from $15.4 billion as of Sept 30th 2013. Regulators again have been granting exemptions and adding additional final tweaks to this rule with joint ventures, issuers of asset-backed securities and wholly owned subsidiaries now being exempt.

Interestingly, one area of proprietary trading that will not be hampered by the Volcker rule is in foreign sovereign-backed securities for which the ban on proprietary trading does not apply.  Regulators have also moderated restrictions to overseas banks with trades accounted for outside the US to be exempt from the ban if employees deciding to buy and sell contracts are also located overseas. Trading will not be restricted for securities issued by foreign central banks as well as to US banks with overseas operations and foreign firms with affiliates in the US.  The final version of the rule will also allow foreign banks to trade freely on US based exchanges and clearinghouses.

Although, in the main, the Volcker rule is focussed on restricting investments and trading practices, a key feature is also a concerted effort to improve the culture and governance of trading on Wall Street. CEO’s will be required to “annually attest in writing” that the company has “procedures to establish, maintain, enforce, review, test and modify” the compliance program. In addition, banks’ boards, directors, and managers will be responsible for setting and communicating an active and appropriate culture of compliance as part of the rule. The rule takes a hard line on the role of the supervisor accepting nothing short of substantial proof that the rule is being adhered to.

As the Fed attempts to provide stability to the system, with the Volcker Rule, the frequent creation of new exceptions and delays may actually lead to increased uncertainty in the market with the knock on effect of hampering trading activity both unnecessarily and detrimentally.  There are still many interpretive issues for regulators to decipher and will continue to fathom only after the rule is in effect, creating further uncertainty and possible volatility in trading activity – especially in some circumstances where traders may be forced to shed particular investments to fit the rule’s amendments. At this time, it is still uncertain as to who would resolve conflicts if agencies disagree on the rules, interpretation, and the sharing of bank data to enforce the rule. The decision is a difficult and precarious endeavour that will need to be handled very carefully.

The Volcker Rule was designed to prohibit activity that may expose banks to high-risk strategies that may increase the likelihood of the banking entity incurring a substantial financial loss, or that may pose a threat to the financial stability of the US. Regulators will also need to keep a keen eye on the implementation of the rule to avoid hampering the market unnecessarily as well as to catch any potential loopholes and pitfalls of the regulation.

Hedging bluffs may appear trickier, market making more straightforward and trader compensation more appropriately structured, however, the effectiveness and reality of the rule will depend significantly on supervisors and managers, who will need to find the appropriate balance and feedback in implementation of the rule. How regulators go about supervising banking activities with regard to the rule will shape the long-term impact and CEOs will be required to lead the changes from the top. Several banks have closed proprietary trading desks in anticipation of the rule but, at this stage, the remaining effects will depend on the final version and developing amendments.

Holder says no bank is above the law