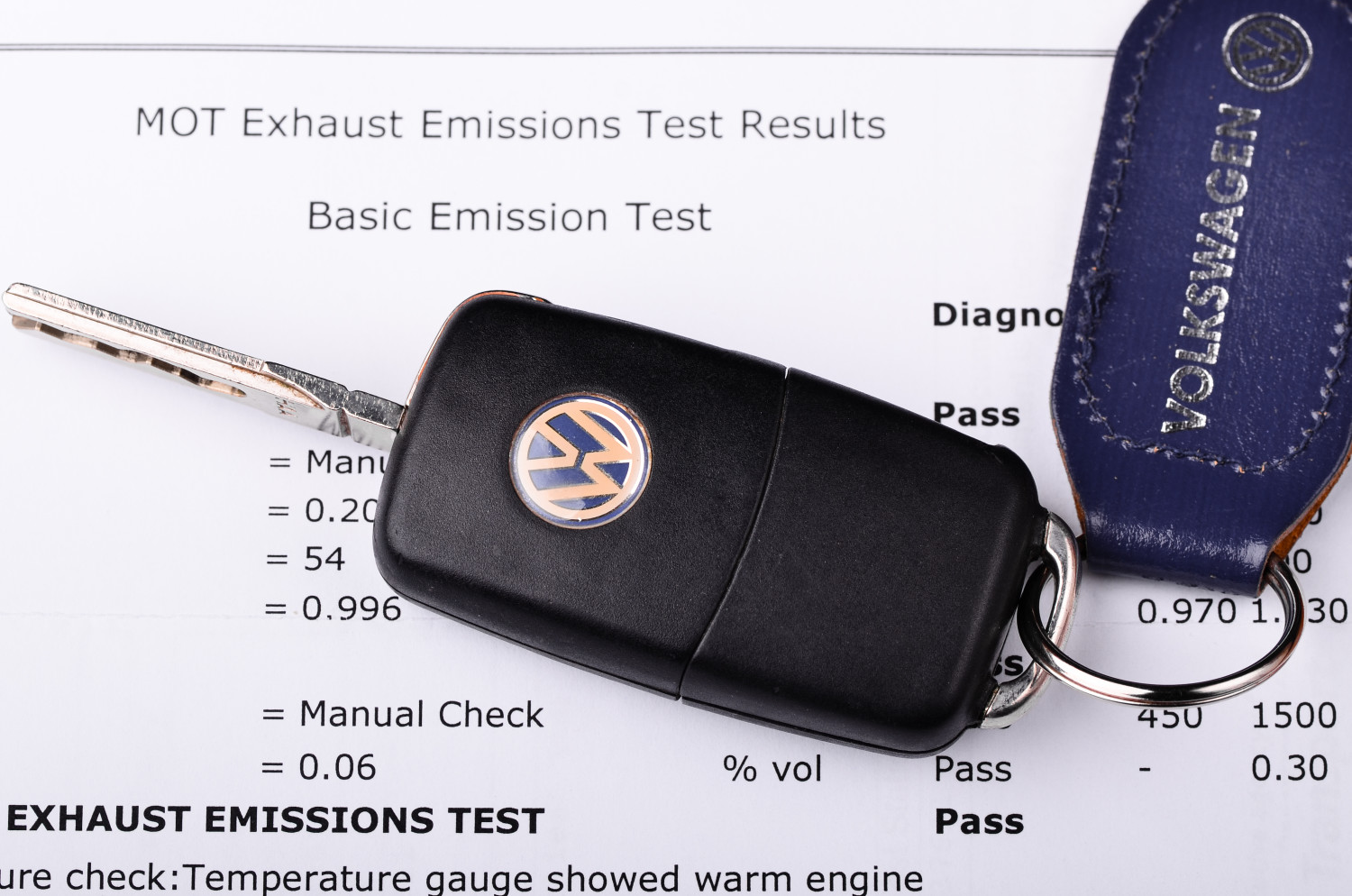 The Volkswagen (VW) emission scandal, in which the German car-manufacturing giant was caught red-handed deploying a sophisticated “defeat device” that cheats emission tests, has taken the global car industry by storm. Already VW has lost one-third of its market value, amounting to a loss of more than €13 billion in market capitalization. Many pundits are going as far as to say that this scandal might be a bigger threat to the German economy than the European debt crisis.

It all began after the environmental regulator in the United States, the Environmental Protection Agency (EPA), learned that Volkswagen vehicles were emitting nitrogen oxide levels 40 times the standard allowed under the Clean Air Act. The press release by the EPA sums up the extent of infraction and violation: “A sophisticated software algorithm on certain Volkswagen vehicles detects when the car is undergoing official emissions testing, and turns full emissions controls on only during the test. The effectiveness of these vehicles’ pollution emissions control devices is greatly reduced during all normal driving situations. This results in cars that meet emissions standards in the laboratory or testing station, but during normal operation, emit nitrogen oxides, or NOx, at up to 40 times the standard”.

The scandal is perhaps rightly dubbed by acting VW head of supervisory board, Berthold Huber, as a “moral and policy disaster”. VW is already being forced to recall 482,000 cars from the United States, while the United Kingdom and Germany are considering recalls of around 1.2 million and 2.8 million diesel cars respectively. The company also estimated that it will need to service 11 million cars and vans to exchange the illegal software. Furthermore, there is a high likelihood of VW encountering class-action legal suits, fines up to $18 billion and possible criminal charges for its executives.

The big blow to the German car industry comes from the sullying of a reputation that a German car hitherto held. The reputation of German cars does not lay in extravagant design or in low pricing; it relies on reliability and trustworthiness. After the scandal, this view may change. Ironically, only this September, the Volkswagen Group was named the world’s most sustainable car manufacturer under the Dow Jones Sustainability Indices.

A scandal of this extent revolving around Volkswagen, the biggest carmaker in Europe, has naturally sent shockwaves across the global car industry. Already shares in Renault, Peugeot, Nissan and BMW dropped by 2 to 4 percent, reflecting the seriousness of the situation for the car market. Analysts posit that the fallout from the Volkswagen scandal will have long-term consequences for the car industry, not just from a fall in consumer demand but also tougher environmental regulations, driving up prices and shrinking profits across the board.

Automobile research analyst at Bernstein Research, Max Warburton, has gone as far as to say that the VW scandal might be the beginning of the end for the diesel car market: “The move against VW is going to act as a catalyst to speed up the fall in diesel market share in Europe and halt it in the US. Regulators will now be much more conservative about what they permit, and much tougher real-world tests may prove either too difficult—or too expensive—for diesel to meet”.

The threat for the European car market is invariably larger since, unlike United States carmakers whose proportion of diesel cars is well below the European average, European carmakers have extensively invested billions of euros in diesel technology over the last decade. This in turn has gradually expanded the diesel-car footprint across Europe. Ironically, European governments and regulators actively encouraged diesel cars under the pretext of environmental and consumer safety. Although it is true that diesel cars’ carbon-dioxide emissions (primarily man-made greenhouse gas) are less than its traditional petrol-fuelled counterparts that once dominated European roads, diesel cars also exude harmful pollutants and irritants that are known to cause respiratory impediments and have deleterious effects on lungs. Regulators in Europe had hoped that its regulatory framework would ensure that diesel-car manufacturers would “trap” such harmful gases and therefore meet the European Union (EU) environmental standards, which have now come under intense scrutiny.

Naturally, the scandalous action of VW was not an isolated event impacting only the company in question, but had profound impact on the economic and regulatory frameworks in place. Already the German government has raised concerns over the lack of regulation of the car industry, a niche that is vital for the country’s economic health. The car industry in Europe provides employment for more than 750,000 people and is a crucial component of German exports. Therefore, it is plausible that this had consequences through lax regulation in face of strong lobbying efforts made by European carmakers. Experts, however, believe that this is about to change. The co-chair of the Greens group in the European Parliament, Philippe Lamberts, made a compelling argument for implementing stricter regulations: “They should shut up and put up with it. It’s not a question of profits, it’s about health, it’s about the rule of law”.

Of course, implementing new regulations will cost, and it is the European market that will suffer the most. Analysts at Exane BNP Paribus have calculated the “diesel mix”—i.e., proportion of diesel automobiles across Europe and US; while diesel cars remain somewhat of a niche product in the United States with just less than 4 percent of total car sales, the diesel car has recently become the lifeblood of most European carmakers, accounting for half of total sales in the market. For instance, the diesel-car pie of German carmakers BMW and Daimler consists of more than 80 and 70 percent of total sales, respectively. Whereas outside Germany, the Swedish Volvo has an even higher diesel mix with more than 90 percent of car sales coming from diesel-fuelled cars. The figure is less but still significant for French carmakers such as Peugeot and Renault, for which around half of their revenue is generated from diesel cars.

Yet a disaster for some is an opportunity for others. For instance, the US has now a window of opportunity to challenge the leadership role claimed by the European manufacturers on diesel-car technology. The scandal has drawn the attention of consumers worldwide to the role of cars and their impact on the environment. This might be an opening for car producers, such as Tesla, to aggressively market and increase sales of hybrids and electric cars.

The question that remains to be answered is whether VW’s actions were an isolated incident in the car industry, or just the tip of the iceberg? The uncertainty resulting from this question is strongly reflected in drops of car-industry share prices and future outlook.

It is possible that the global car industry might continue to pay a grave price for VW’s actions, perhaps until policymakers take active steps to regain consumer trust by instituting a reliable regulatory framework for the car industry to operate in, in a transparent manner.

[…] another, and it has been predicted that this difficult time for the European auto industry will spell an opportunity for the American auto industry to assert its authority and provide a viable challenge to the diesel market and to diesel car […]

[…] for another, and it has been predicted that this difficult time for the European auto industry will spell an opportunity for the American auto industry to assert its authority and provide a viable challenge to the diesel market and to diesel car […]